Home » Sport » First look at fantasy football for NFL Week 2: Which rookie WRs have the most lasting power?

First look at fantasy football for NFL Week 2: Which rookie WRs have the most lasting power? 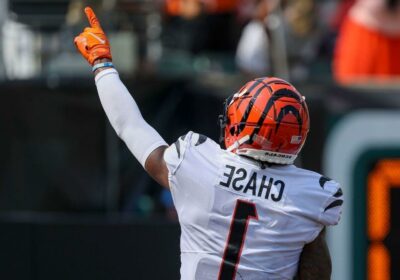 Fantasy football managers sure love their rookies, and while the top picks from the 2021 NFL draft were quarterbacks who saw some mixed results on the first Sunday of Week 1, the top wide receivers certainly did not disappoint. Each of the three wide receivers to go among the top 10 overall selections — Ja’Marr Chase, Jaylen Waddle, DeVonta Smith — scored a touchdown from a former college teammate in his respective debut, leaving fantasy managers to wonder whether they can rely on them as soon as … well, Week 2!

Of course, first-year wide receivers are quite notorious for inconsistent play, but tell that to fantasy managers looking for the next Justin Jefferson. A season ago, the Minnesota Vikings gleefully found a star in Jefferson, the fifth wide receiver off the draft board at pick No. 22, and that turned out exceedingly nicely, with a rookie-record 1,400 receiving yards, along with 88 receptions and 7 touchdowns. Could Chase, Waddle or Smith be next in line for fantasy stardom?

Perhaps, as each of these three offenses is built around young players teeming with upside, including the young quarterbacks and the receivers they know so well.