The boxing legend released a training video at the weekend showing him working out in a Las Vegas gym, with plans for his first fight scheduled before the year is out. 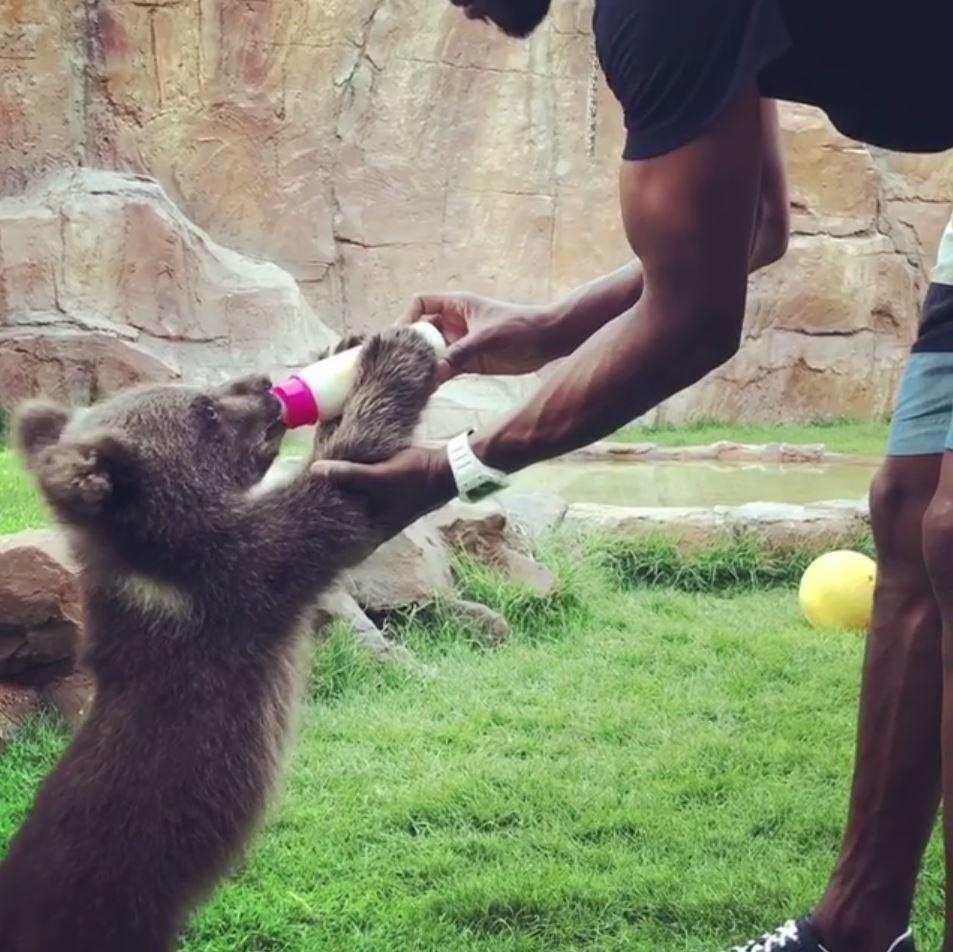 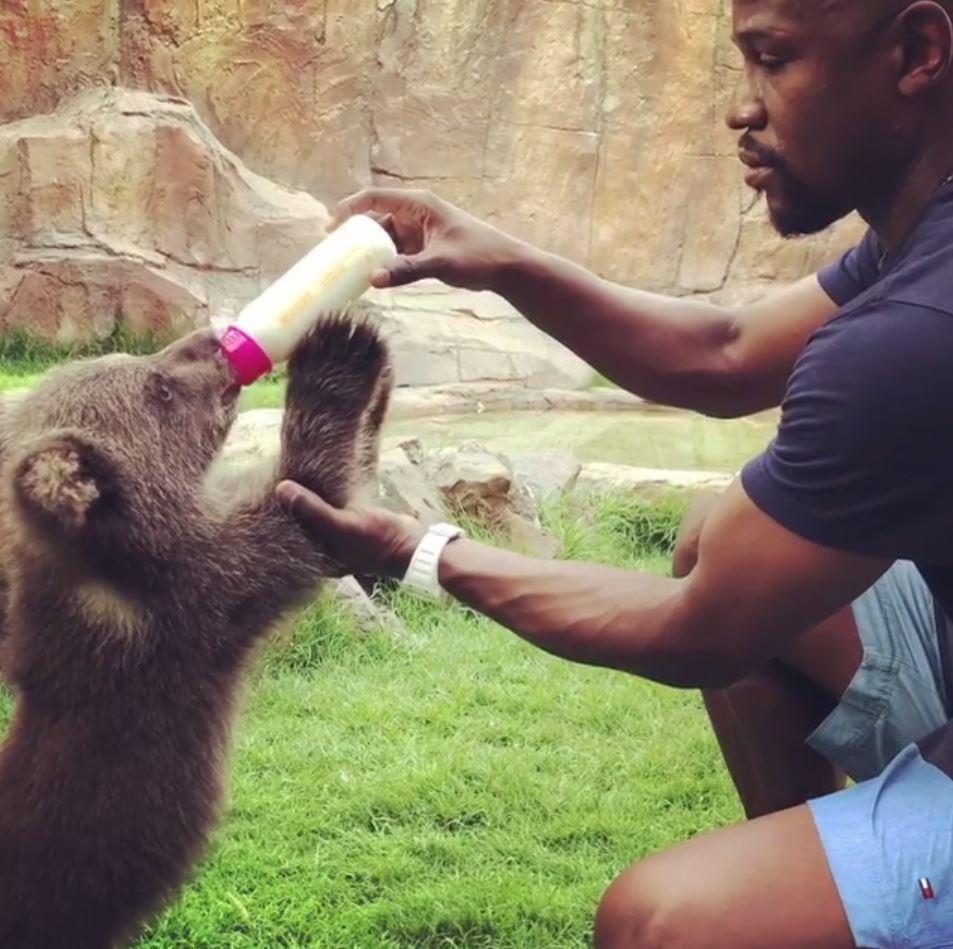 There is not believed to be a deal in place just yet, but Mayweather, who retired undefeated from boxing, looks all set for a sporting crossover.

In Dubai, it was his caring side and not his fighting side that he decided to show off.

But it was Mayweather carefully feeding a baby bear that will tug at the heart strings. 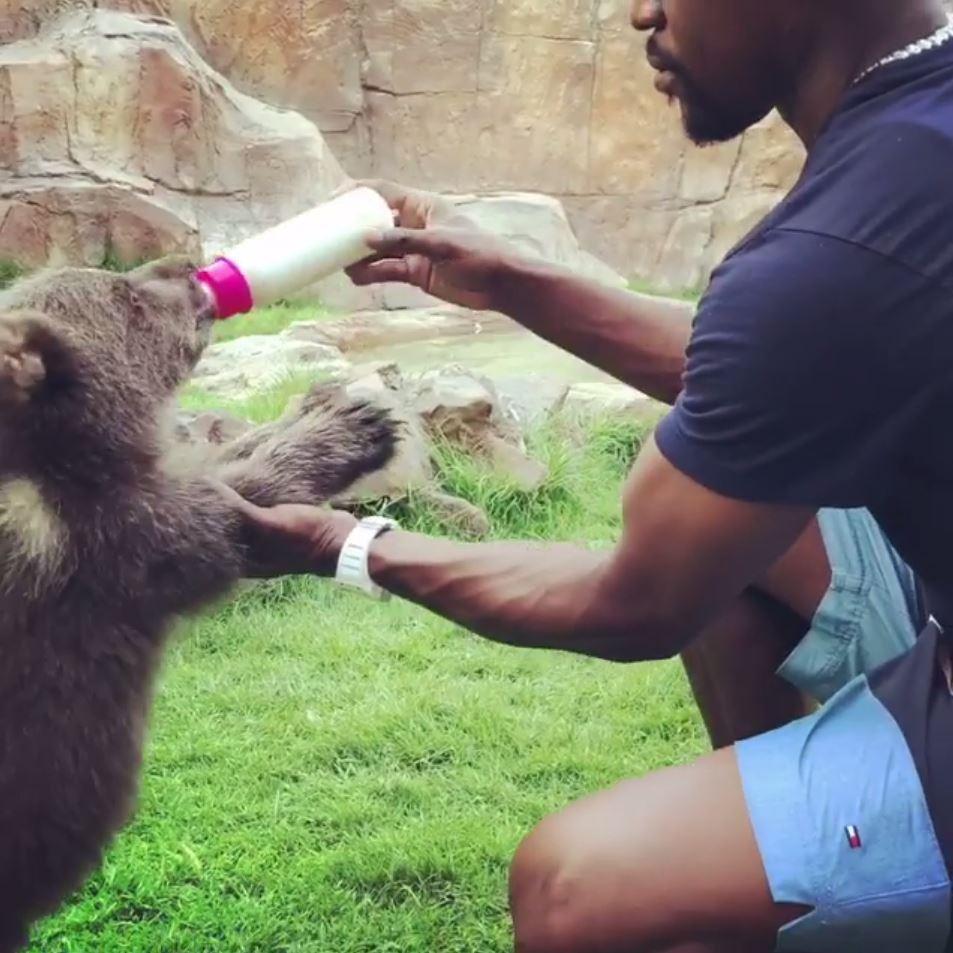 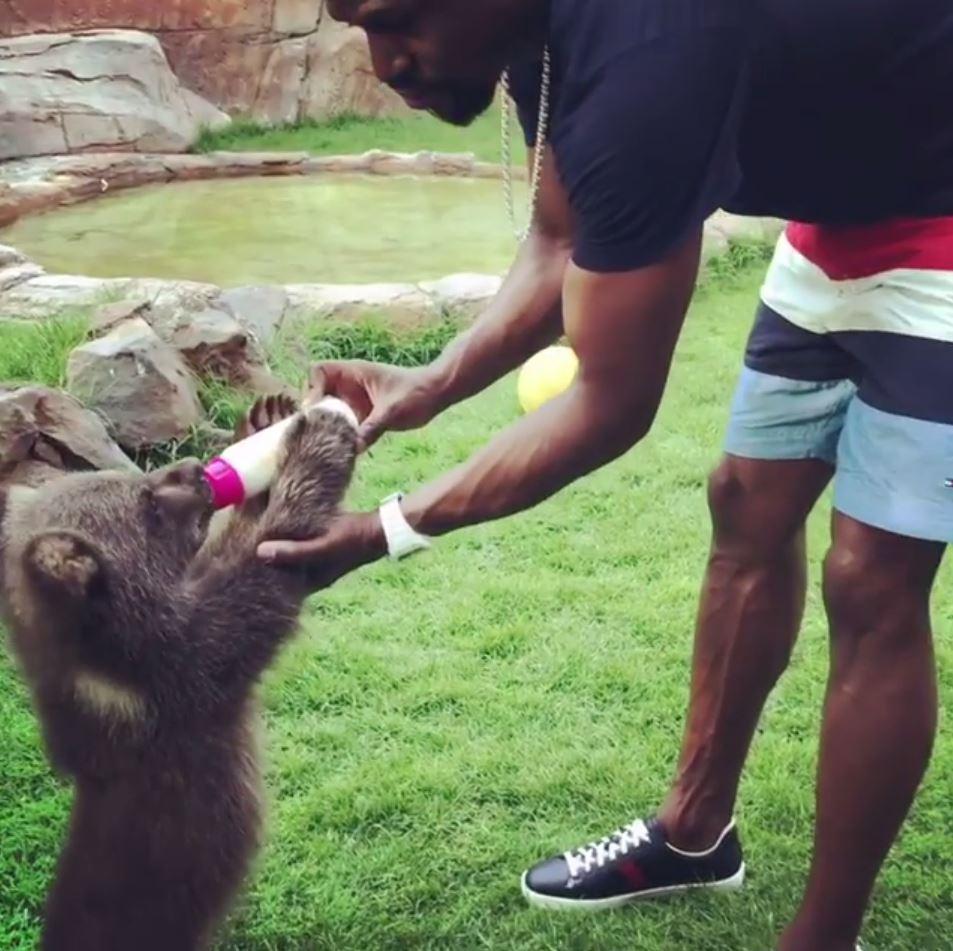 The American crouches down as the animal puts his paws up and takes a swig of milk from a bottle.

Someone in the background asks what the bear is called – without originality comes the response "Teddy".

In his training video posted at the weekend, the former pound-for-pound king was working out and looking as sharp as ever – despite not fighting since his win over Conor McGregor last August.

Mayweather recently confirmed he had started MMA training and will fight at the end of the year at featherweight – the same weight at which McGregor won his first title. 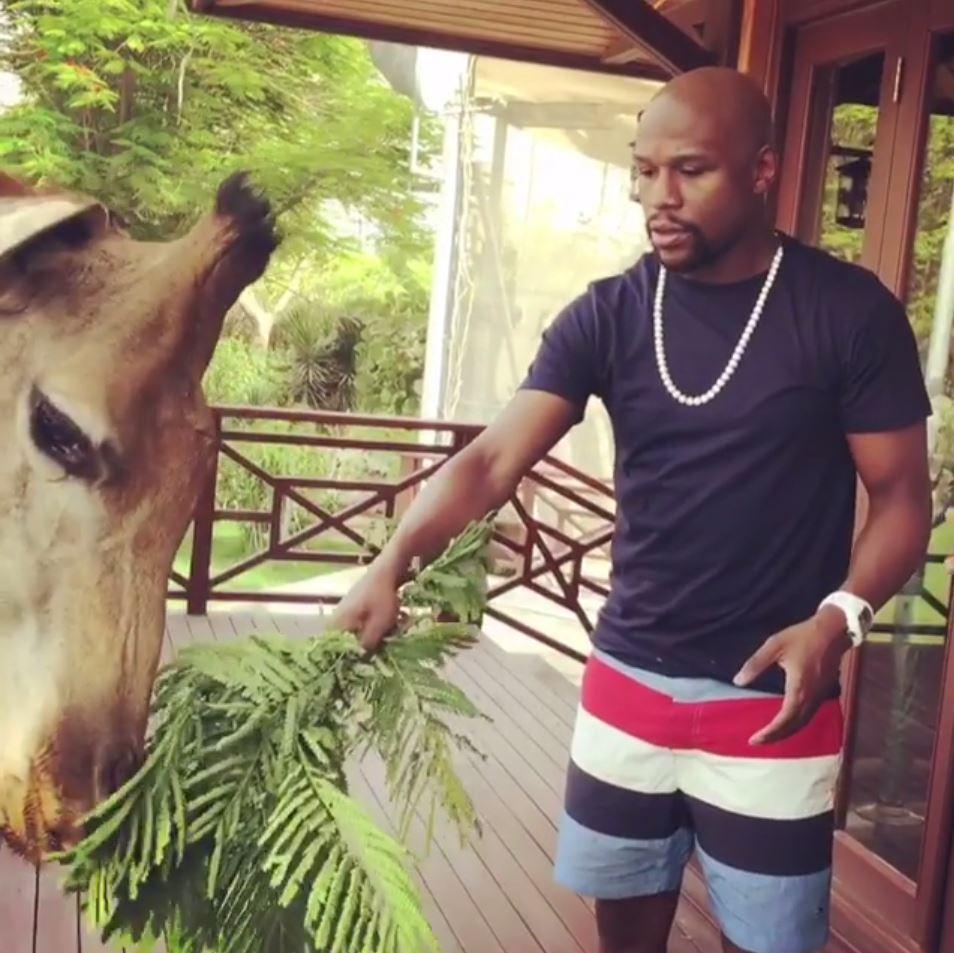 'Money' said he will be using UFC welterweight champion Tyron Woodley to train him with his striking.

Mayweather will also have further trainers for the Jujitsu, wrestling and the kicking aspect of the game.

He said he is embarking on a six to eight-month training camp to get him prepared for his Mixed Martial Arts bow.