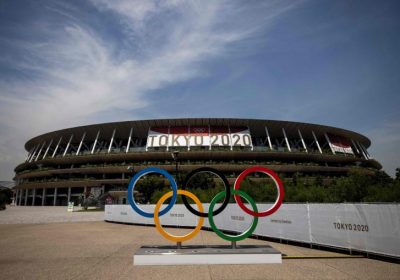 TOKYO (REUTERS) – The first major test of how an Olympics can be held in the midst of a pandemic may well come this week in the men’s football tournament when Japan face a South Africa side who could struggle to field 11 players due to the coronavirus.

The South Africa squad were severely depleted by Covid-19 infections and withdrawals before they left for the Games and was then hit with the news that two players and a video analyst had tested positive on arrival in Tokyo.

Organisers said late on Monday (July 19) that 21 members of the delegation were close contacts, leaving South Africa walking a tightrope ahead of Thursday’s match against the hosts.

The Olympic playbook on coronavirus prevention measures mandates that to compete a close contact must return daily negative PCR tests, including one within six hours of competition.

They must also undergo a health check by an expert and receive permission from their international sporting federation.

Fifa regulations stipulate a team must have 13 available players for a match to go ahead and South Africa coach David Notoane said the daily testing means he has no idea who will be able to take the field to face the Japanese.

“You are not even sure who will be eligible for your (starting) 11 because of the situation we are in, testing every day,” he told reporters about the team, who returned to training on Monday after a week off the pitch.

“Their (Japan’s) physical readiness compared to us will be a key issue. It will make a huge difference. We basically lost seven days and that is hard to recover from.”

There have been 58 positive cases of Olympics-linked athletes, staff or officials recorded in Japan this month.