Defender Tim Ream and his wife Kristen Sapienza, a former footballer, are expecting the arrival of their first daughter in October. 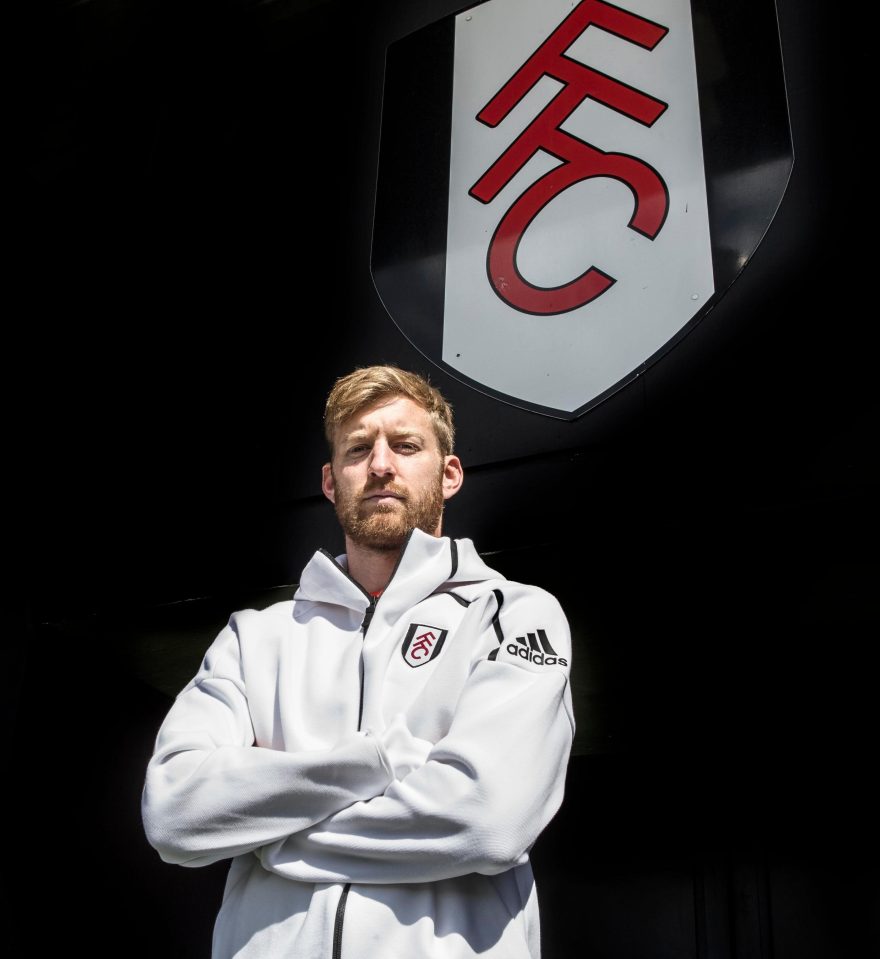 She will become the third child to join Team Ream after boys Aidan and Theodore.

But the family are also hoping to  celebrate professional success for the man of the house with promotion.

Ream, 30, told SunSport: “That’s the goal. To win promotion ahead of our baby girl’s arrival would be perfect.”

Fulham have two games left to make that happen automatically, starting with  Sunderland tonight  before a final-day trip to Birmingham. 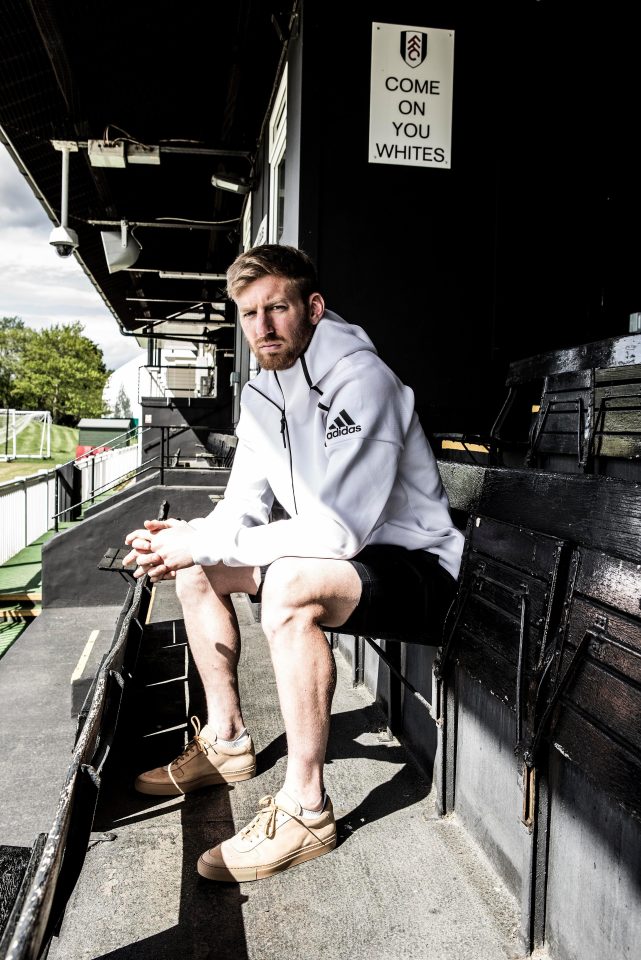 They may win both but still not make the top two if Cardiff, who are a point ahead, beat Hull and Reading.

The heat is on, though, after the Bluebirds suffered a potentially season-derailing 3-1 defeat to Derby on Tuesday night — a game Ream chose  to skip.

He revealed: “I didn’t watch it. It’s not that I don’t care but I can’t affect the game so why am I going to sit there on pins and needles trying to head and kick every ball?

“It wasn’t anything I was interested in doing so I occupied my time by sorting through kids’ clothes and getting rid  of old junk to make room for the  new baby.”

Neil Warnock said he would snub tonight’s Craven Cottage clash to watch The Queen on Netflix, so Ream is not the only one avoiding the big games on television.

But were the Cardiff boss to take in this evening’s fare, he would likely see an extension to Fulham’s fabulous 22-game unbeaten run, which started after a loss at Sunderland. 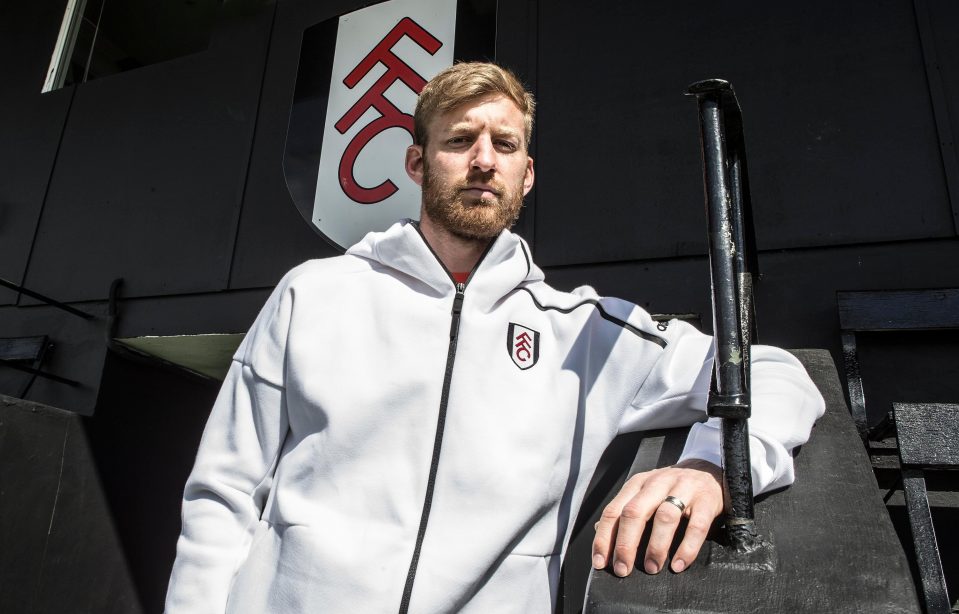 Centre-back Ream has been a key part of that form, often starting the free-flowing attacks that have become synonymous with Slavisa Jokanovic’s thrilling style of play.

The defender has become a fans’ favourite, with many picking him as their Player of the  Season ahead of Ryan Sessegnon and Tom Cairney.

In doing so, he becomes the  latest popular American to play for the club, following in the footsteps of Clint Dempsey and Brian McBride, who learned his trade at Saint Louis University, just like Ream.

But Ream — whose name is bellowed out when he’s on the ball in a manner that can sound like booing to the uninitiated — was not always so loved by supporters, nor by his manager.

In fact, the defender — signed by Jokanovic’s predecessor Kit Symons from Bolton in August 2015 — was very close to leaving the club the following summer when the Serb said he could go.

Ream said: “When new managers come in and results have been poor previously, they’re going to look to make changes.

“I wasn’t the only one to be told I could leave that summer. I pretty much had one foot out the door.

“But I knuckled down, put in the hard work and here we are two ­seasons later.

“When we came back from the pre-season trip that season, there was a  conversation between me and the manager which was completely positive.

“It wasn’t an admission of wrong  but basically an acknowledgement of, ‘Hey, you’re all right’.

“That was huge. I knew I had changed his and the staff’s opinion and I wouldn’t say it was good enough because I wanted to be playing every week but it was a start.  To change his opinion was very satisfying.

“My relationship with the fans was rocky at first. I’m sure most of them wanted me to leave! But to have that connection with them now is pretty special.”

Ream is obviously hoping to finish second but does not feel Fulham will suffer a hangover if they have to go up through the play-offs.

And with the mind-blowing form they are showing, he rightly points out that “no one will want to play us”.

The Cottagers’ rise has mirrored that of Ream, who describes himself as a  perfectionist. And with former midfielder Kristen giving him feedback at home, there is no chance of standards slipping.

The family live in Cobham, Surrey, near Chelsea’s training base, and are good friends with Cesar Azpilicueta’s family as their children go to the same school.

Asked what conversations around the dinner table are like, Ream added: “It goes either one of two ways. It’s either nothing but football or it’s, ‘Let’s just not discuss it’. 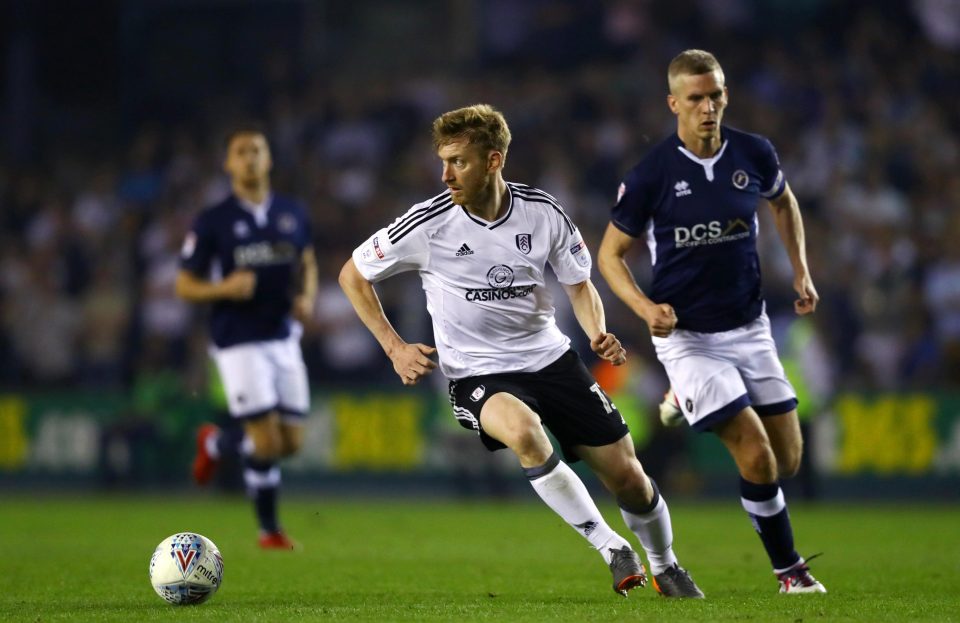 “If she has something to say, she’s not afraid to bring it up and she knows what she’s talking about, which can be a little tough sometimes!

“The running joke in the house is she was a better player than I am but that’s fine, I’ll take that all day. She always wins, so it doesn’t matter.”

Fulham fans will hope Ream himself can keep on winning so he can celebrate his daughter’s birth as a Premier League player.