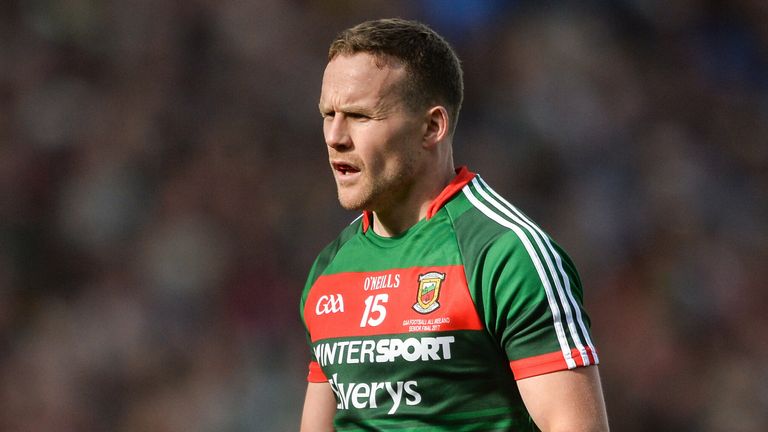 Former Footballer of the Year Moran announced his retirement at the end of Mayo’s 2019 season, a decision the Ballaghaderreen club man did not make on a whim.

“I always had the feeling that I would keep going as long as I could, as long as the body was allowing me,” he said on Inside The Game.

“But during 2019, I just got the feeling myself, that my wife was at home with my kids, we’ve a few businesses, and little bits and pieces like that. It all just added up. 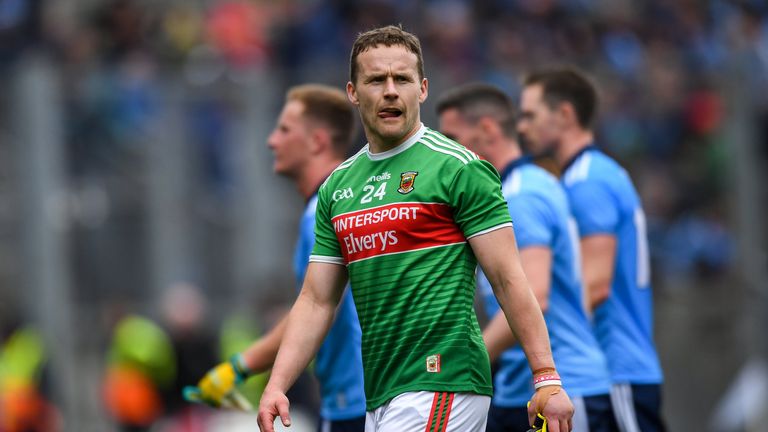 “There were certain instances last year. We were at a challenge match in Clare. I didn’t get played in the challenge match, and my wife and kids had to go to a wedding by themselves. Just life took over. From last March, April time, I was really comfortable with my decision. It was an easy time, and I was very fortunate to play to the age I played to.”

“Also the game changes as well. The way James Horan plays the game too, he really wants high-running players. Did I really fit the bill? I probably didn’t. So just a mixture of everything.

“At that stage I was coming to the point where I was thinking, what am I adding here? Am I going to be an influence on the pitch? When I decided I wasn’t, it was the right time to move on.

“I’m very grateful to get the last year. We got the National League out of it.

“I was just happy with my lot at that stage, and it was time to move on and let some of the young fellas get the run.”

But did he walk away with any regrets?

“I was lucky enough to play until I was 35, just coming 36. I had a lot of football played,” he said. “The difference between me and Kieran and Peter was that they won their All-Irelands, they got to that level that unfortunately we didn’t get to.

“There’s always that drive to say ‘will I go again because there’s a chance to win an All-Ireland?'”

Nonetheless, there were memories he will always cherish.

“The day in 2014 down in Limerick, an amazing day,” he continued. “We came out on the losing side, but it was one of the greatest memories I’ve ever had was the atmosphere that day, when we were walking around in the parade. Just little memories.

“2017 was a special one for the team, because I would say that was the day when we really performed in an All-Ireland final. We got to 19 points and it still wasn’t enough to beat the Dublin team on the day.

“The journey more than anything, the fun, the friendships, the great players were played with and against was amazing.” 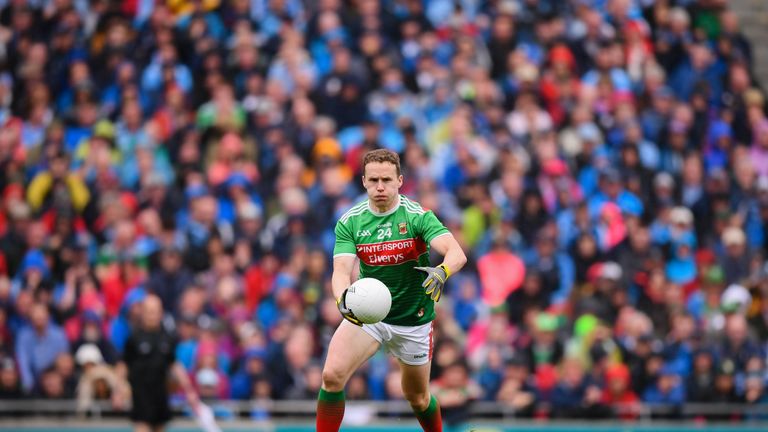 “In my case it was more down to injury,” said the former Tyrone star. “In the last two or three years of my career, I struggled and spent too much time on the treatment table, and not enjoying it as much as I should have, because I was part of a very good team when I was retiring.

“If I didn’t feel I was going to make a big contribution, then we had plenty of other players chomping at the bit trying to make a difference. Especially when you’re not the biggest and you rely on speed, and that speed starts to go.

“Myself and Andy relied on speed and movement. Once that starts to go, you’re in trouble.”

“It’s a very hard decision. You’ve given 15, 16 years of your life to playing for your county,” noted Kieran Donaghy.

“The doubts are creeping in, the age is getting higher and higher. You’re fighting for your place that bit harder. I know I was coming on and off in my last year, even though I started the last game in each of my last three seasons.

“It’s always a hard thing to walk away from. The games are one thing, but it’s the bonds you build with the lads. It’s the fun that you have along the way. It’s playing in front of 82,000, or in front of a packed Fitzgerald Stadium in Killarney. They’re feelings that are very hard to rival.”

In recent weeks, there have been a host of intercounty retirements with the winter championship fast approaching. Sligo’s Adrian Marren, Tyrone’s Colm Cavanagh, as well as Darren Daly and Diarmuid Connolly of Dublin are just some of the intercounty stars to hang up their boots.

“I know we had a lot of guys that step away, most notably Diarmuid Connolly, in the last week or so. I think for players that are teetering on the edge of ‘will I retire or will I play on?’ At this stage of the game, it’s probably easier than ever to walk away from it,” said Donaghy.

“How appealing for me would it be to be playing in the current situation? It wouldn’t be overly, especially if I was on the edge.

“When you have kids at home and you’re making extra sacrifices to play the game, if you’re not going to be able to showcase what you’re about in front of big crowds and feed off that energy and try and do your people proud, I think it would be that bit easier to step away. Which is why I think the number of retirements in the last number of weeks has gone up dramatically.”

Watch Inside The Game every Wednesday on Sky Sports Mix. You can catch up on this week’s episode on the Sky Sports YouTube channel.