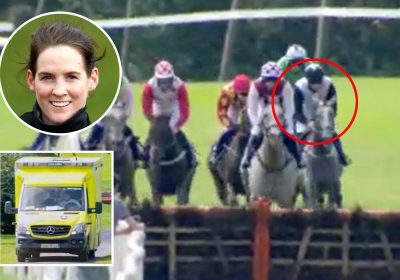 GRAND NATIONAL hero Rachael Blackmore has been rushed to hospital with a leg injury after a horror fall.

The trailblazing jockey, 32, crashed to the turf after coming off 11-10 favourite Merry Poppins in a race at Killarney racecourse in Ireland. 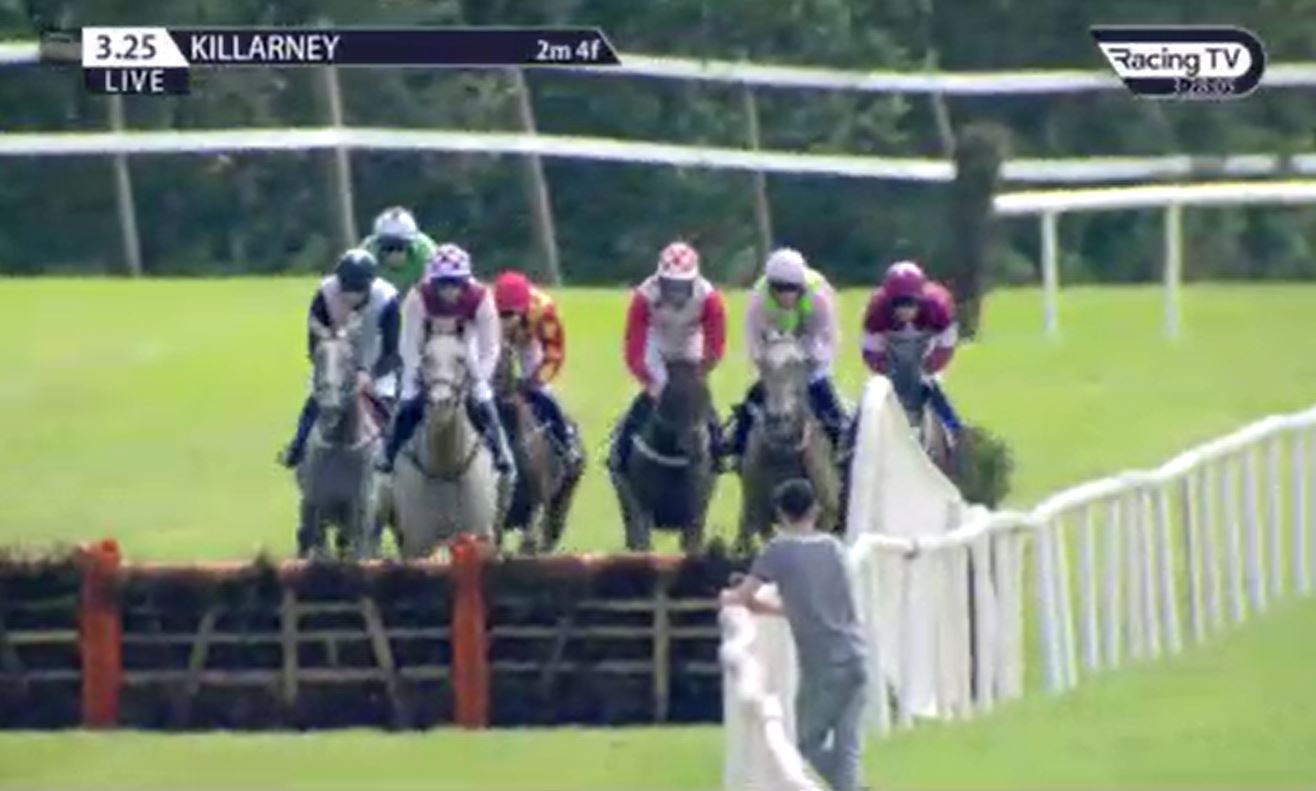 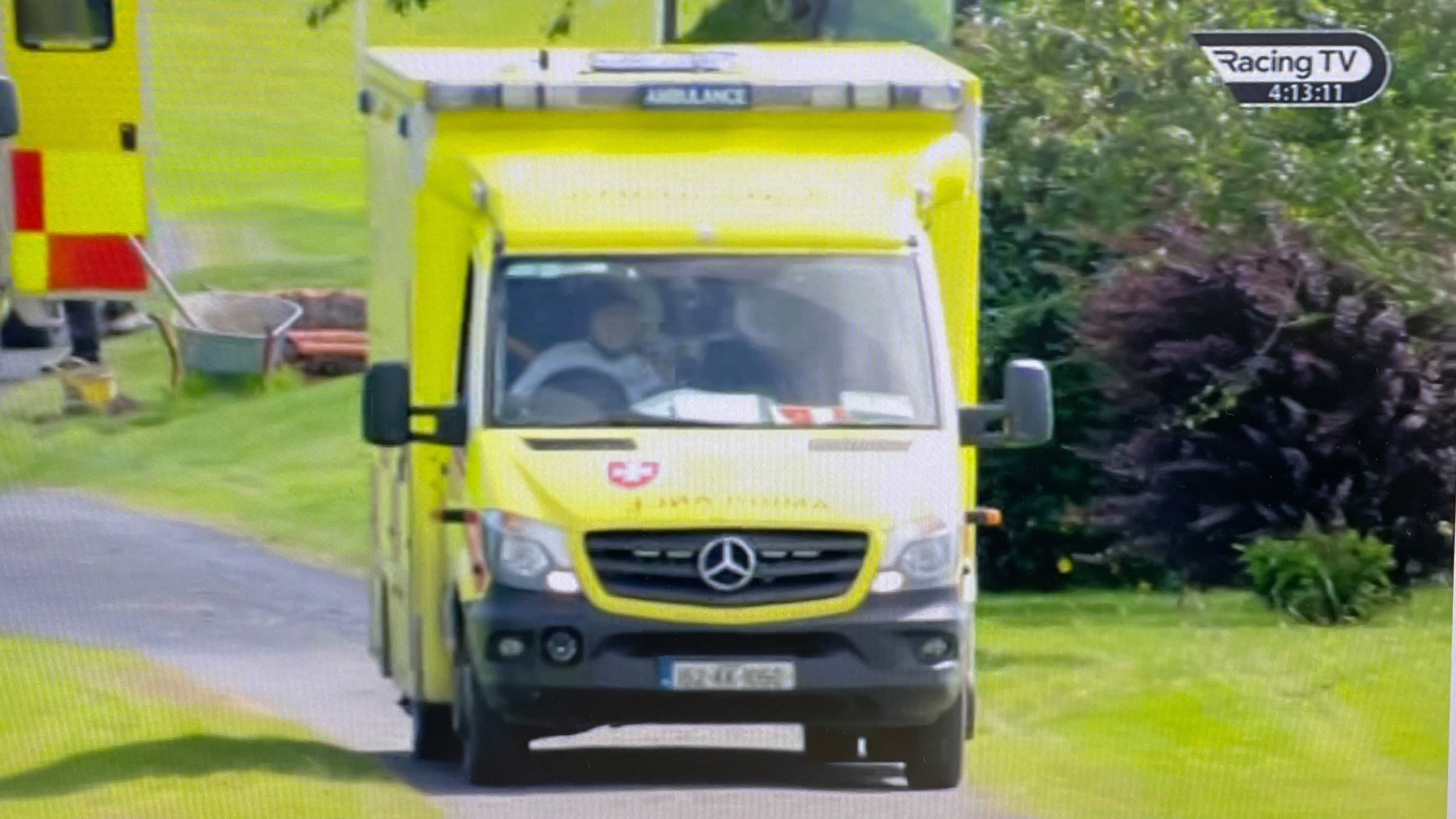 A statement from Dr Richard Downey at the racetrack read: "Rachael Blackmore is being taken to Tralee Hospital for further assessment on an upper leg injury following a fall in Race 4 at Killarney.

"She is fully conscious."

Kevin Ryan, reporting at the course from Racing TV, said: "Rachael has been moved into the ambulance and taken to hospital with an upper leg injury.

"She is fully conscious and can move everything. She had to be stabilised by the on-course medics before she could be moved."

Blackmore, who was also crowned top jockey at March's Cheltenham Festival, had celebrated a winner just 35 minutes before the terrifying incident – her second on the day.

She won by a nose on 8-1 Baltinglass Hill – but had no chance of racing again following the fall.

Travelling well into the race, Blackmore looked perfectly poised to land a second winner in a row.

But, sneaking up on the outside of the field, her mount stumbled over the hurdle and fell heavily, with more than a circuit of the 2m4f race to go.

It looked like the horse fell on top of the history-making jockey, with both rolling on the floor after the initial impact.

Blackmore was treated on-course for 35 minutes, forcing a 15-minute delay to the next race.

Punters were shaken by what they saw and were quick to wish her a speedy recovery.

One said: "Nasty fall for Rachael Blackmore at Killarney. Hope she is OK."

One comment read: "Hope she is OK! The high and lows of racing. Sending her well wishes for a speedy recovery."

There were no immediate reports on the condition of the horse. 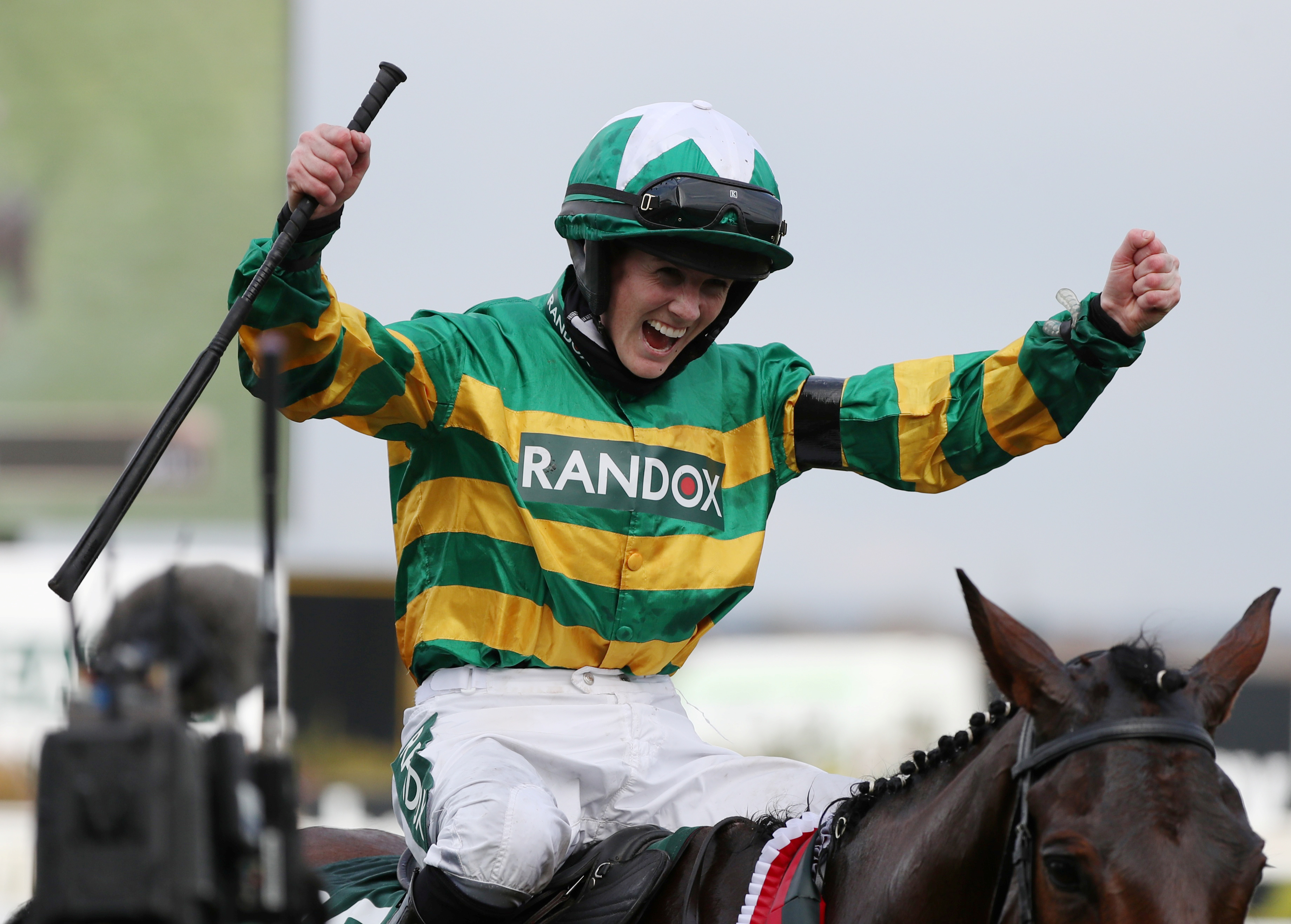 Hopefully the fall won't put too much of a dampener of what has been an incredible year for the Irish jockey.

She became the first woman ever to win champion jockey at Cheltenham, jump racing's most prestigious meet.

Then a month later she became the first female jockey to win the Grand National at Aintree on 11-1 Minella Times.