Former Collingwood defender Lachlan Keeffe has vowed to repay the faith placed him in by Greater Western Sydney, who have selected him for his first game since his drugs ban.

It will be 1344 days between senior games for Keeffe when he takes the field for the Giants against Geelong at GMHBA Stadium on Friday night. 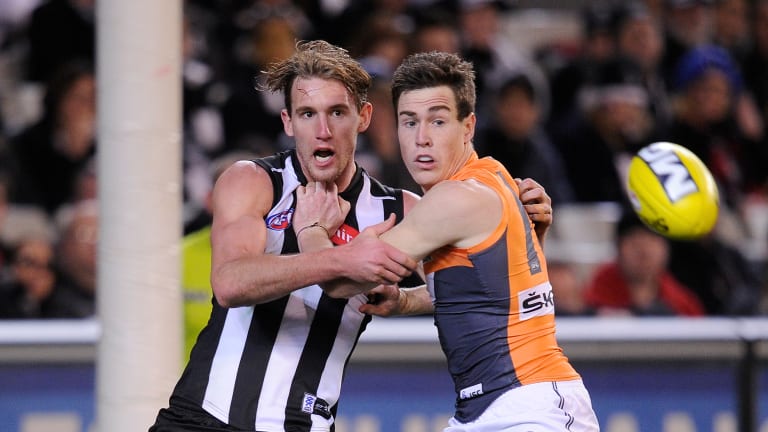 The Giants have named another new face with mature-aged rookie Dylan Buckley to play his first game for the club after crossing from Carlton.

Across town, Sydney named utility Dean Towers at the expense of midfielder Dan Robinson for the Swans' clash with North Melbourne at the SCG.

Keeffe, who has not played at AFL level since round 23, 2014, has been named on the bench but will play as a ruck/forward in the absence of big man Rory Lobb and spearhead Jeremy Cameron.

The 28-year-old served a two-year ban and was de-listed after testing positive to the banned clenbuterol in February 2015. He and former teammate Josh Thomas believe they ingested the substance while taking illicit drugs. Keeffe was re-drafted by the Pies but de-listed last year after failing to add to his 40 games.

"When my suspension was first handed down I didn't think I'd be back on an AFL list," Keeffe said. "Collingwood were kind enough and showed enough support in me and Josh to have us back.

"It was nice GWS gave me a lifeline, hopefully I can repay the faith."

Keeffe, who used his time out to study and is now on the verge of completing an MBA, said his belief in his ability had not wavered despite his setbacks.

"I said to GWS before moving to Sydney I wouldn't move up if I didn't think I had something to offer them," Keeffe said.

"I made that decision full well knowing I could play at the AFL level. Hopefully this is just one of many but I understand this is a good football club and there's limited room, you have to keep performing."

Keeffe understands his stay in the side is likely to be temporary but wants to play well enough so the Giants match committee knows he can be relied upon when called up.

Meanwhile, Towers returns for the Swans after recovering from a poke in the eye at training last week. He is likely to share ruck duties with Callum Sinclair against North Melbourne big man Todd Goldstein, who has rediscovered his best form after a poor 2017. 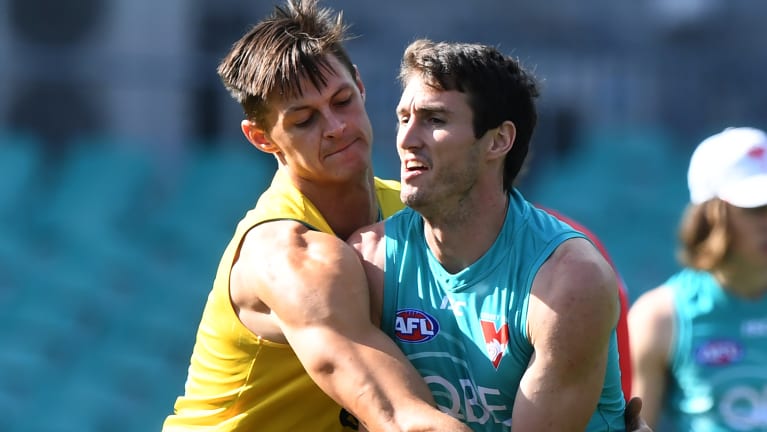 Dean Towers (right) is back for the Swans after copping a poke in the eye last week.

The Swans are unbeaten on the road but have won one of three matches at the SCG.

"We need to play well on our home ground," Swans coach John Longmire said. "We can talk about it until we're blue in the face but we actually have to go out and do it this week and really play a hard, strong brand of footy for four quarters and that's what our challenge is."