The Bomber has labelled Haye’s manager Adam Moralee Will from the Inbetweeners in the build-up to the Saturday rematch. 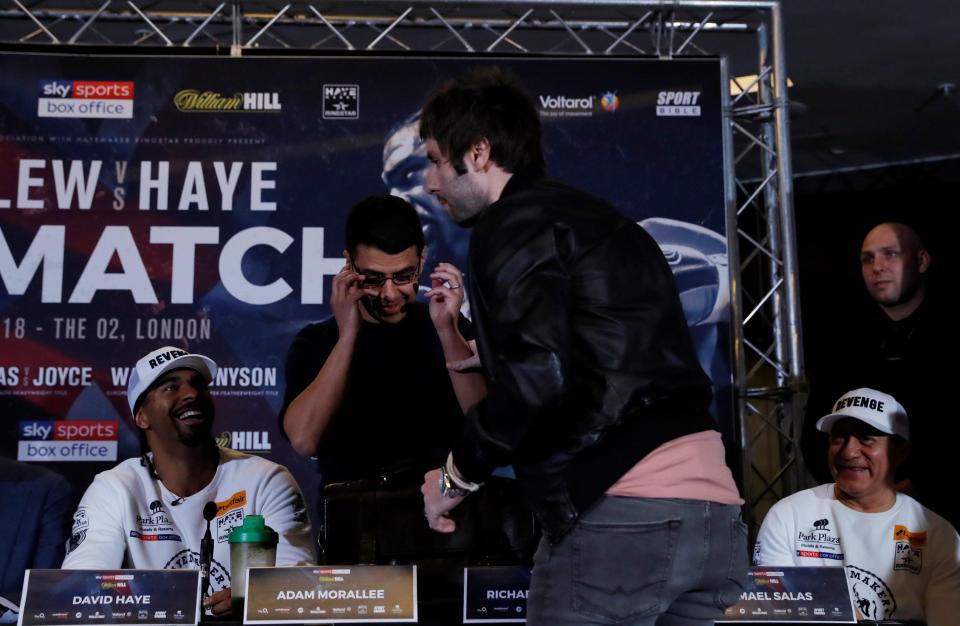 Moralee is a ringer for Simon Bird and the Hayemaker team pulled a stunt with the actor showing up with his infamous briefcase.

The lighthearted mood did not last with Bellew shoving Haye as the pair squared up at the end of the press conference.

Haye, 37, says he has to beat Bellew to keep his reputation and soul as retiring on two defeats to the Everton nut would eat him up inside.

Before actor Buckley – who plays Jay Cartwright – burst into the Park Plaza, Haye said: “You are only as good as your last fight and that is probably the worst finish to any career I could have. 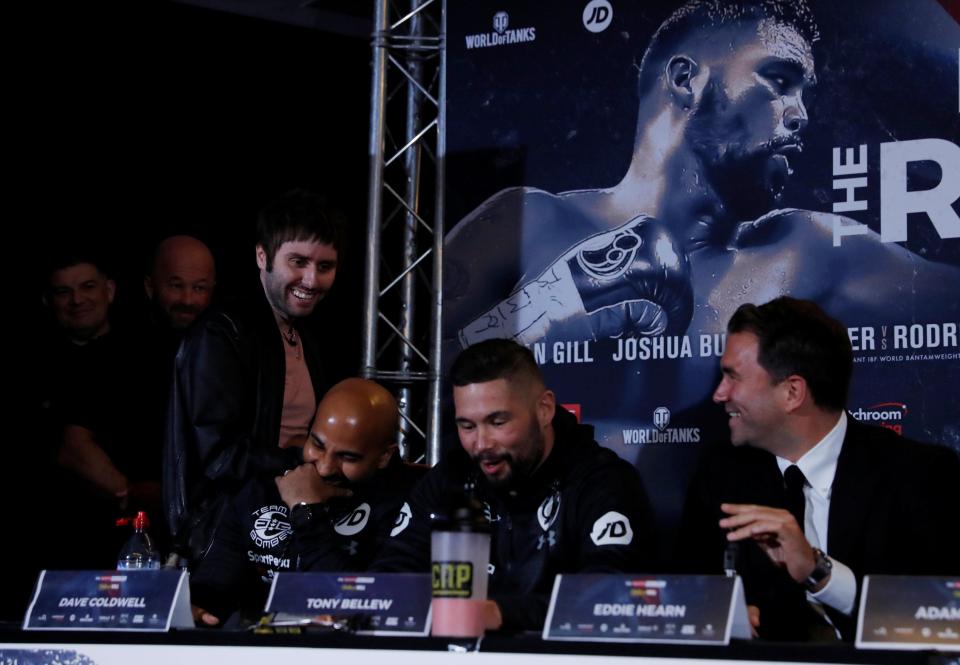 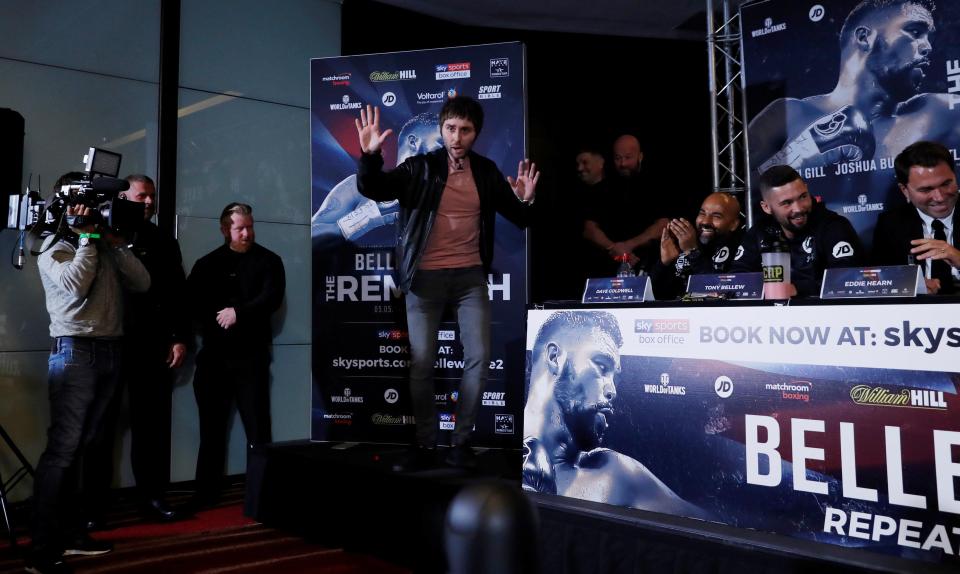 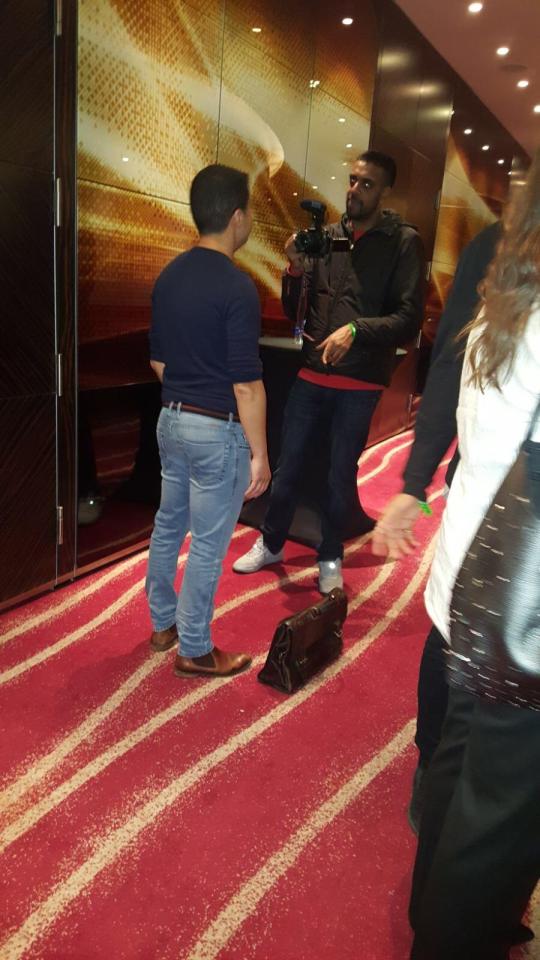 "It will be a big smudge on my resume, it would feel like I undid all of the world titles, my reputation and soul are on the line. I will not let him get the win.”

Despite an Achilles tendon injury in the first fight and a ripped bicep wrecking the first scheduled rematch, Haye insists he is in peak condition.

And the Londoner says fans will still see a thriller if his hulking body does fall apart.

He said: “It is not for me to convince you, tune in to see, if my arm or leg falls off they will get another thrilling fight.

“I did not see Tony as a threat first time round and I used his interviews for motivation, not his boxing, that was a big mistake.

“I am happy and healthy and ready for battle. I am living my dream, this is what I do, I love every day.

“My exam is on Saturday and I have studied as hard as possible."

Bellew, 35, said: “I am just looking forward to Saturday night. I am always the underdog.

“Let’s get there and see how it goes. I just want to fight.