'He'll be wearing a blue shirt': NSW issue 'hands off' over Haas He was snapped wearing a Queensland State of Origin training vest standing next to Allan Langer as he played some small part bringing about NSW's downfall, but Blues hierarchy have issued a hands-off warning over Broncos giant Payne Haas.

The Andrew Fifita clone, who helped the Maroons ambush NSW in last year's State of Origin series when he was the focal point of a Queensland opposed session, was quickly welcomed as a Blue a day after his stunning Brisbane NRL debut. 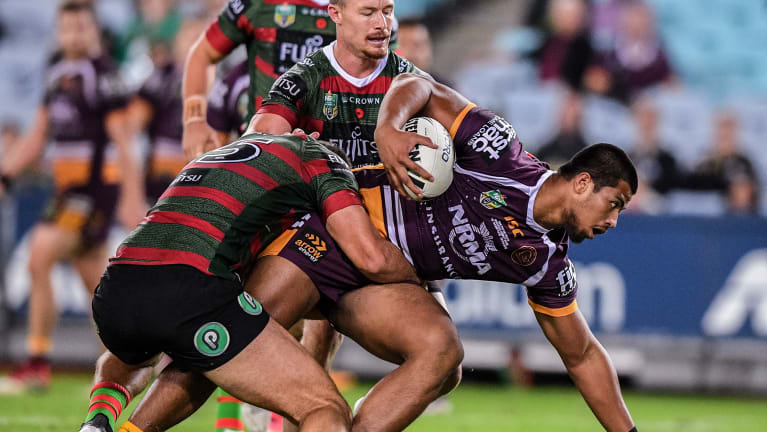 Haas, 18, who spent the majority of his schooling north of the border at famed rugby league nursery Keebra Park, will wear NSW's colours in the future after registering his preference to play for the Blues.

"He will definitely be wearing a blue shirt when he makes his Origin debut, whenever that might be," NSWRL chief executive David Trodden said. "He captained the NSW under 18s last year and played under 16s the year before. He won't be playing Origin for anyone but NSW."

Questions over Haas' Origin eligibility arose after his barnstorming 21-minute cameo in his NRL debut against the Rabbitohs on Thursday night, waters which were only muddied after pictures emerged of him helping Queensland's Origin lead-up in 2017.

But Haas' involvement in the session only came via his association with the Broncos' under 20s squad, which occasionally is called in to help the Maroons' preparations.

Newcastle-born Haas was also nominated as NSW's under 18 skipper after excelling for Brisbane in the now defunct National Youth Competition and the 194cm, 120kg giant will ply his representative trade south of the border.

While his Origin future may be clearer, NRL rivals are already circling in an attempt to prise Haas away from Brisbane after he opted to begin his career at the Broncos and resist overtures from NFL scouts.

"The best thing with Payne is that his physique and physical attributes are one thing, but the way he trains is the thing that stood out for me when I first laid eyes on him," said Haas' NSW under-18 coach Danny Buderus. "He trained so well.

"He's so driven in most parts of training and that's what gave you the confidence to suggest he's going to be a player of potential and will fill out that physique. It was an early [NRL] debut for him, but he was very comfortable in those surroundings.

"He'll be an important part in the state in the next period. He's only 18 and those front-rowers don't mature for a number of years yet. He's off to a really good start."

Broncos coach Wayne Bennett is tipped to nurse Haas in the NRL for the rest of the year as the master mentor tries to keep a lid on the hype engulfing Brisbane's next big thing.

Haas was told he would make his NRL debut on Monday and teammates have told how he trailed home only winger Jamayne Isaako and skipper Darius Boyd in a 1.2km pre-season time trial.

"I think the best thing about Payne is he's got a real level head on him and a great family around him," Brisbane veteran Sam Thaiday said. "They keep him grounded and keep him very humble. 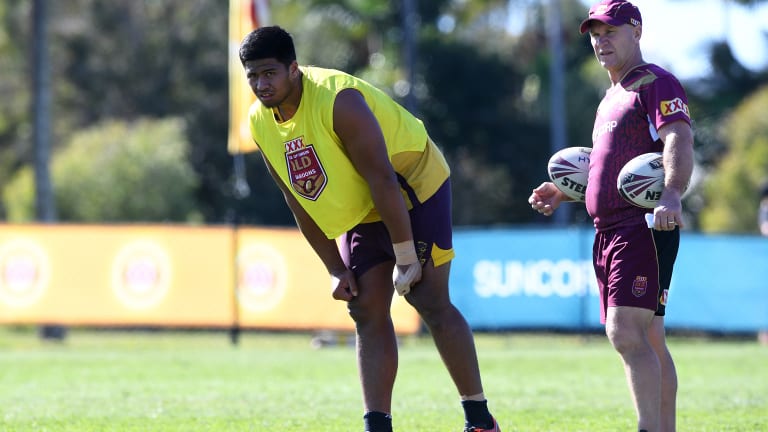