Hocking: Burton suspension would have meant bump was banned Suspending Hawthorn's Ryan Burton for the bump he laid on North Melbourne's Shaun Higgins would have spelled the end of the bump as part of the game according to AFL football operations manager Steve Hocking.

Hocking said he would not appeal the decision, having played a part in the decision by the match review officer Michael Christian to clear Burton. 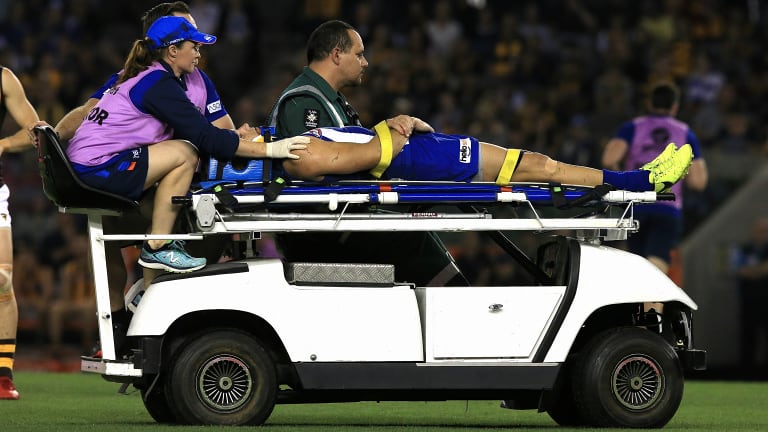 He viewed the bump as perfectly executed with the impact not being above the threshold that would constitute a reportable offence.

"There is a still a place in the laws of the game for the bump and in our view Burton has executed the bump correctly," Hocking said.

"There is a secondary motion that happens, which is the incidental contact."

Higgins went to hospital as a result of the clash of heads that occurred when he was bumped and needed plastic surgery to repair his lip however the AFL viewed that as incidental.

"If we suspend him for that we are throwing the bump out of the game and I'm not sure we should be doing that," Hocking said.

The AFL did not believe there was a high level of force in the bump itself with the concussion caused by the back of Burton's head clashing with Higgins' head.

The decision has caused an outcry with coaches and spectators confused given the AFL's decision in recent seasons to suspend players who concussed opponents as a result of the bump.

Hocking told a media briefing he accepted the debate but argued that the game wants the bump retained.

However he conceded the rules would be reviewed at the end of the season to take into account the circumstances arising from the Burton bump.