On a day he hoped would be a celebration, Wyoming quarterback Josh Allen is instead in the news for an apology.

Allen acknowledged and apologised for years-old Twitter activity unearthed on the eve of the 2018 NFL Draft. 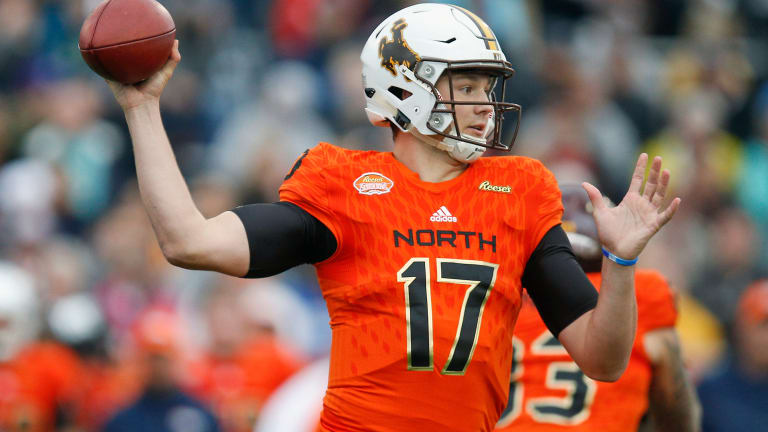 “At the time, I obviously didn\’t know how harmful it was and now has become”: Josh Allen.

"At the time, I obviously didn't know how harmful it was and now has become," Allen told ESPN on Thursday. "It sucks. My family is hurting. We never envisioned a day or night like this.

"That's my plan — to show the type of person I am now. Whatever team picks me, they are going to get that from me. I will set the record straight for any team, any teammate, the media, and I think once they meet me and they're around me, see how I act and how I think, that it's not going to be a problem at all."

Allen is attending the event live in Texas and is widely expected to be drafted among the top 10 picks.

"I know Josh has apologised for the Twitter comments he made while in high school," Bohl said. "As a member of our football team, he had great relationships with his teammates and our fanbase. During his time in Wyoming, he embraced diversity. We wish him the best on his big night."

In a conversation with Chris Mortensen of ESPN, Allen said some of the Twitter activity was the result of his friends swiping his phone and sending tweets.

"I hope you know and others know I'm not the type of person I was at 14 and 15 that I tweeted so recklessly," he told ESPN. "I don't want that to be the impression of who I am, because that is not me. I apologise for what I did."

Allen used derogatory terms and responded to a question with "If it ain't white, it ain't right" in a 2013 tweet.

NFL Network reported Thursday afternoon that Allen claimed most of the comments were quotes from movies or references to inside jokes with teammates.