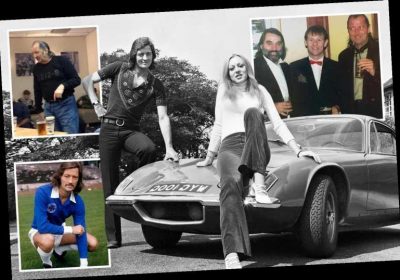 FORMER England striker Frank Worthington was a legend for strutting his stuff at clubs across the land and satisfying adoring fans with his keepy-uppy.

The question always lingered, though, how much of a star Frank would have been if he’d reserved those skills for the football pitch. 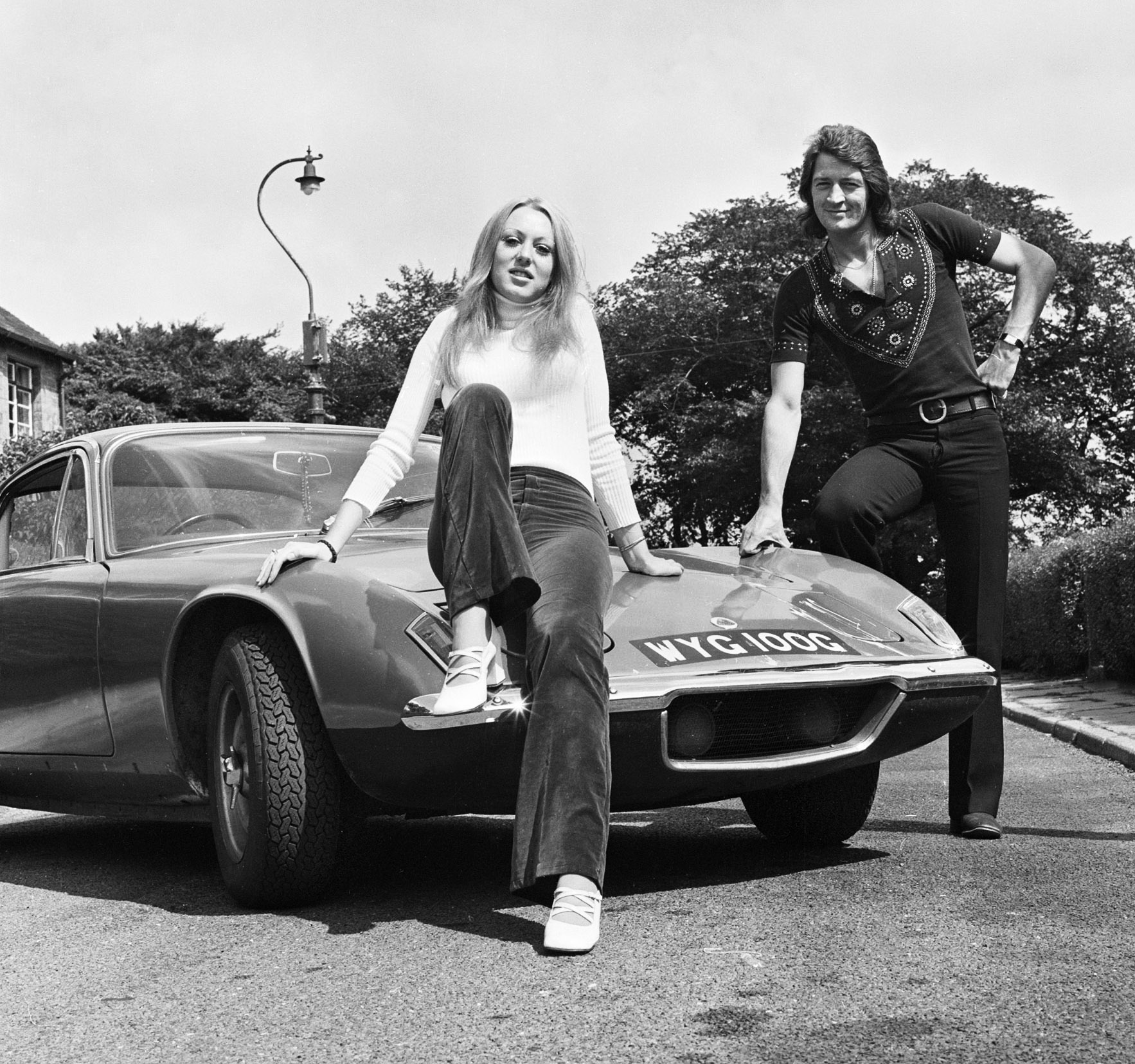 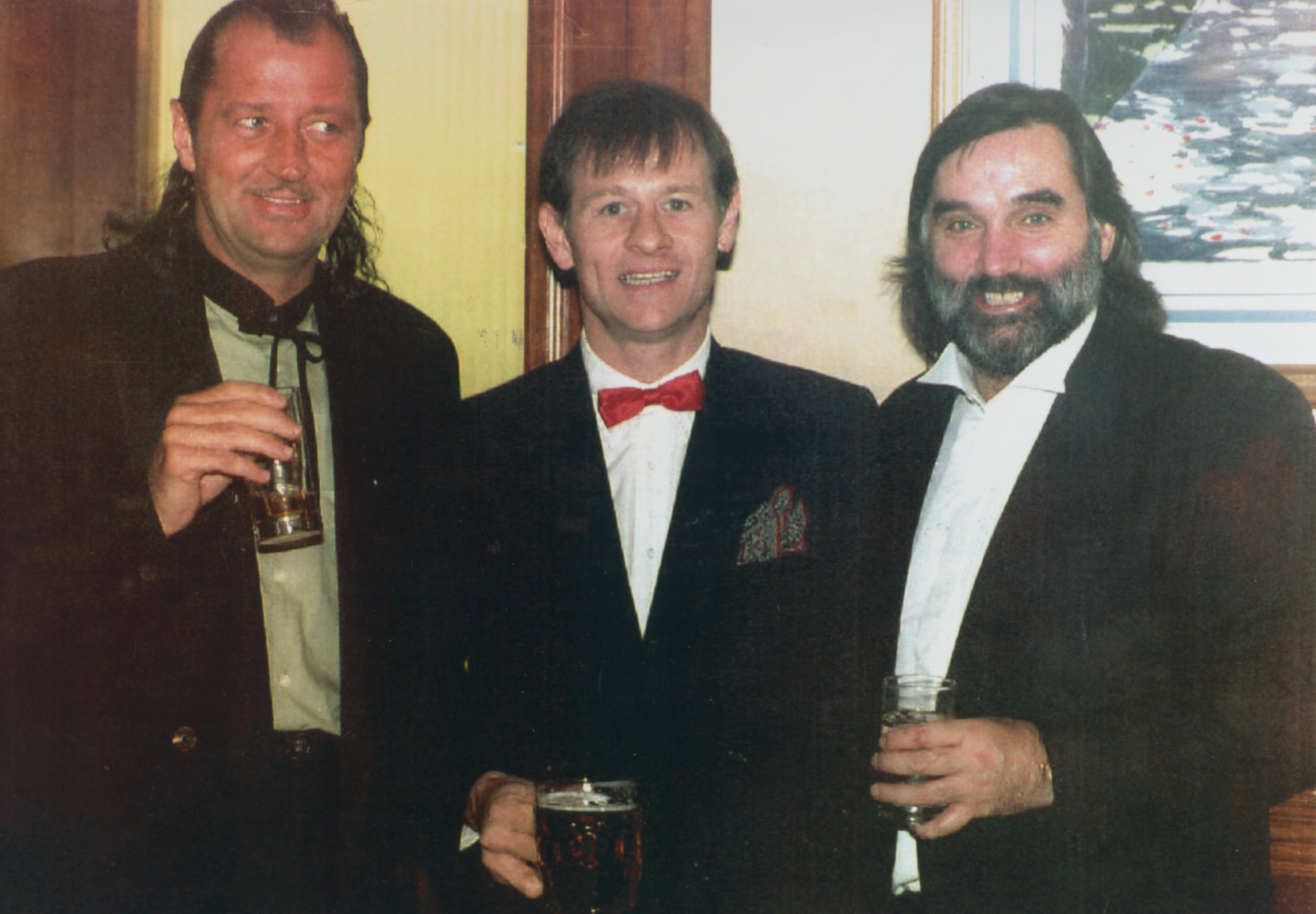 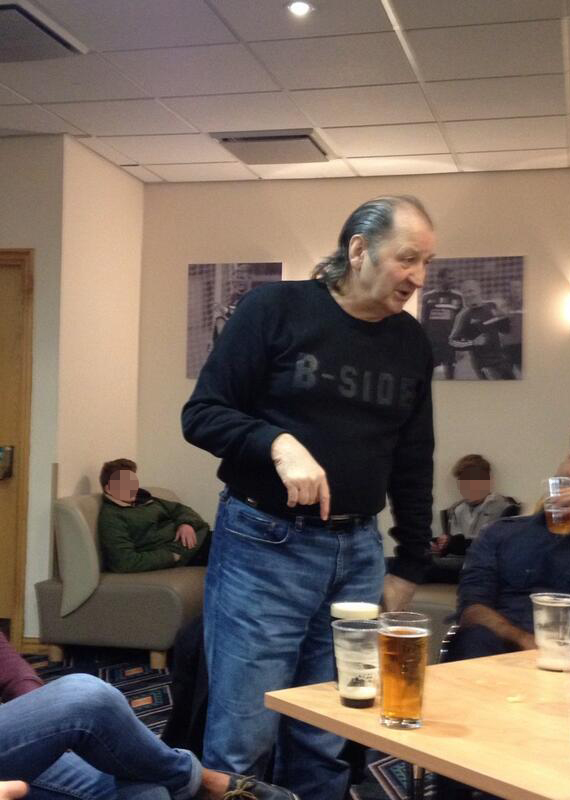 For this mercurial talent, who has died at the age of 72, was just as well known for his inexhaustible exploits in the bedroom and on the dancefloor as his prowess in front of goal.

He boasted of sleeping with a different woman every night, bedding a teenager followed by her mother and dating a string of beauties.

And when he was asked to name his ‘previous clubs’ he answered: "The Playboy, Tramps and Sandpiper."

A flamboyant maverick, who sported flowing long hair, a manicured moustache, medallion and John Travolta flares, Frank’s passion for the high life cost him his chance to reach the very top.

A record breaking deal to sign for Liverpool in 1972 fell through because two weeks of sex and partying left him with high blood pressure.

While his England caps ended at just eight after manager Don Revie discovered Frank had ignored a strict curfew by going out drinking and gambling at a casino.

BORN TO PLAY THE BEAUTIFUL GAME

Frank, who played for 24 clubs including Leicester City and Leeds United, also confessed to taking cocaine and nearly drove a car off a cliff in Spain.

Extravagant spending, including buying a Ford Mustang and drinking champagne at breakfast, left him bankrupt when he couldn’t pay the taxman. 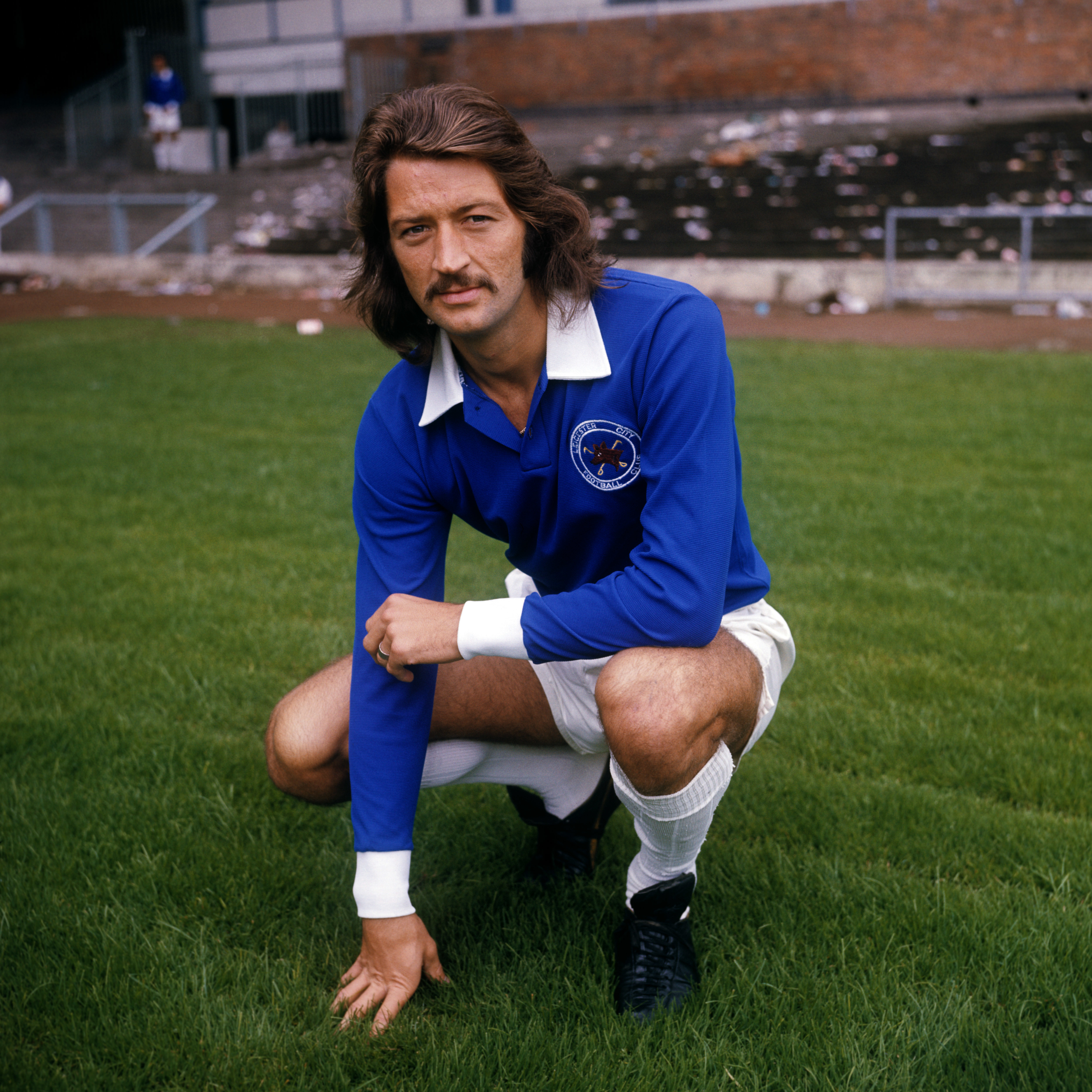 But he wouldn’t have changed anything.

Frank said: “Yeah, I was a bit of a rascal. I loved football and the ladies and I was not prepared to give up either. Why should I? I never have regrets. I did all right for myself, thanks very much.”

A naturally gifted attacker, Frank was born to play the beautiful game.

The West Yorkshireman, from the village of Shelf near Bradford, was the son of two football players, with his dad Eric turning out for Halifax Town and mum Alice for the Women’s Auxiliary Air Force.

He quickly made a big impression at his first club Huddersfield Town, scoring 41 goals in 171 appearances.

I loved football and the ladies and I was not prepared to give up either. Why should I?

Huddersfield were not exactly a glamour club, but that didn’t stop Frank becoming a major attraction.

Shortly after leaving the club in 1972 he boasted: “I was pulling girls every night. Sometimes I’d wonder if they were with me because I was Frank Worthington, the footballer, or if they genuinely fancied me as a bloke.

“But I soon realised this didn’t matter a damn.”

He kept a flat in Leeds so the club did not know about his “nocturnal activities” or that he was “abusing my body” by staying out late. 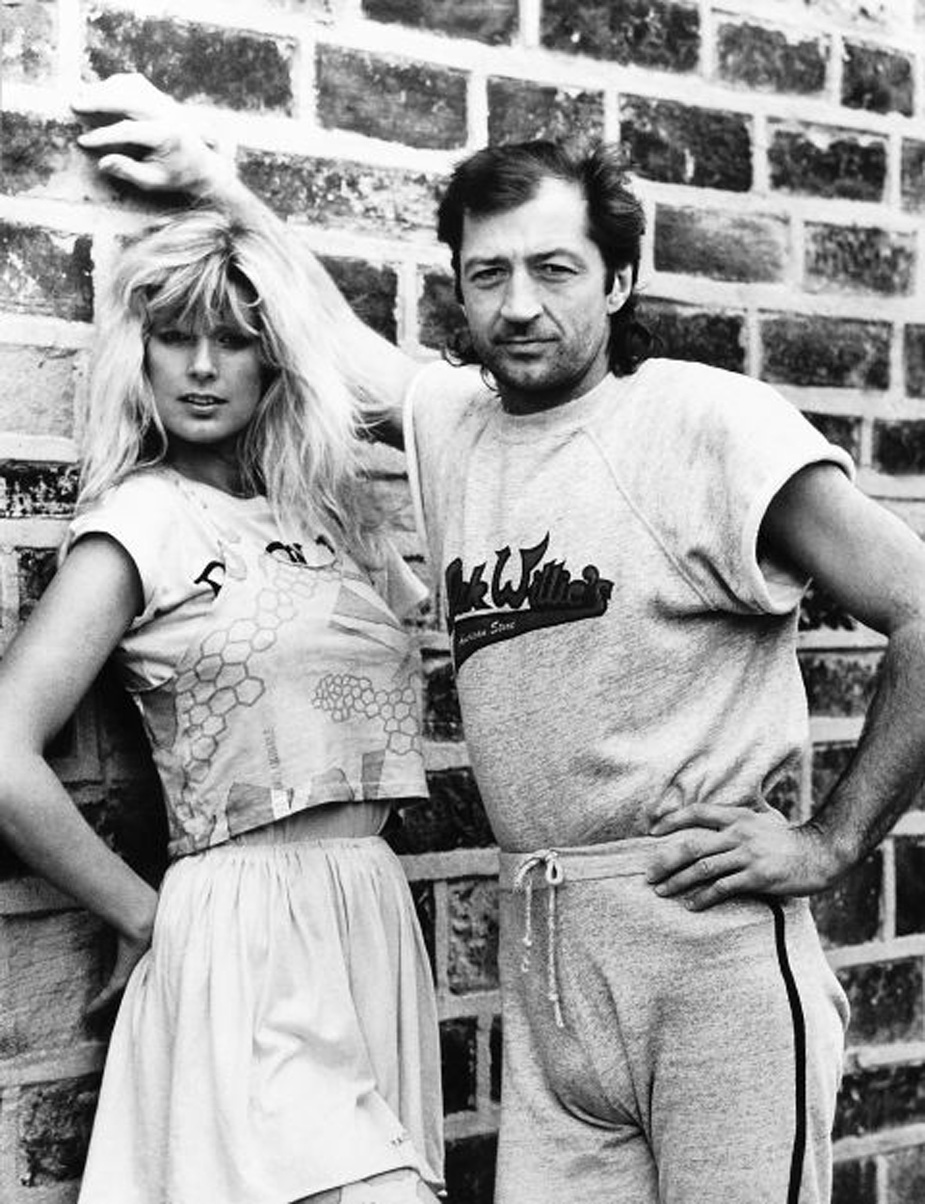 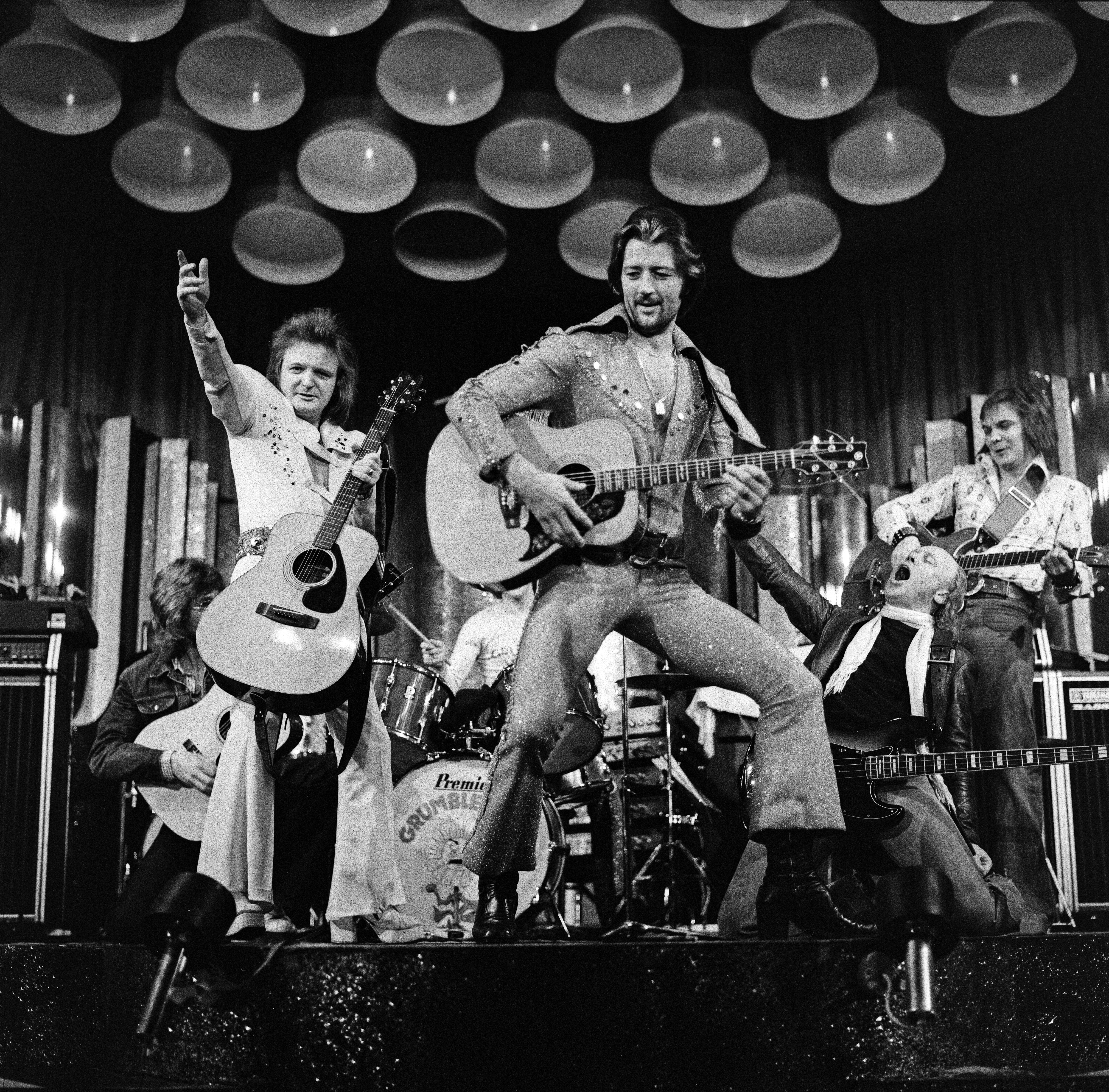 Frank’s ability to juggle the ball on the pitch and go past defenders at will persuaded Liverpool manager Bill Shankly to offer a then £150,000 club record to sign him.

There were rumours that he had a sexually transmitted disease, but the player insisted it was blood pressure due to constant carousing.

Before the second medical, Shankly sent Frank off on holiday to relax.

Instead the player seduced a young woman on the aeroplane and went on a two week bender with her.

With Liverpool out of the picture, Frank signed for Leicester City instead, scoring 72 goals in 210 games for the Midlands side.

Ex-Leicester and England star Gary Lineker described him last night as “my boyhood hero” and a “wonderful character”.

In 1973 Frank married his first wife Birgitta, who had already given birth to his son Frank Junior.

Displaying some eye-raising parental priorities he said he wanted to teach Frank Junior “all the tricks” so he could be “the greatest Casanova of all time”.

Frank also had a daughter, Kim-Malou, with Birgitta but parenthood did not slow him down.

LEGENDS of the game, footie experts and celebrity fans paid tribute to Frank on social media.

“Profoundly saddened to hear Frank Worthington has died. He was my boyhood hero when he was at LCFC. A beautiful footballer, maverick and wonderful character who was so kind to this young apprentice.” Gary Lineker

“What a character, and one of the most talented footballers I played with.” Ally McCoist

“What a character & what a player! Very sad news.” Tony Cottee

“A great player, entertainer and character, even at 9 we had to go just to see him play. Rest in peace, Elvis.” Stan Collymore

“A true showman and great footballer but even better bloke.”
John Fashanu

“What a player, got fans off their seats, a great entertainer.” TalkSport’s Ian Abrahams 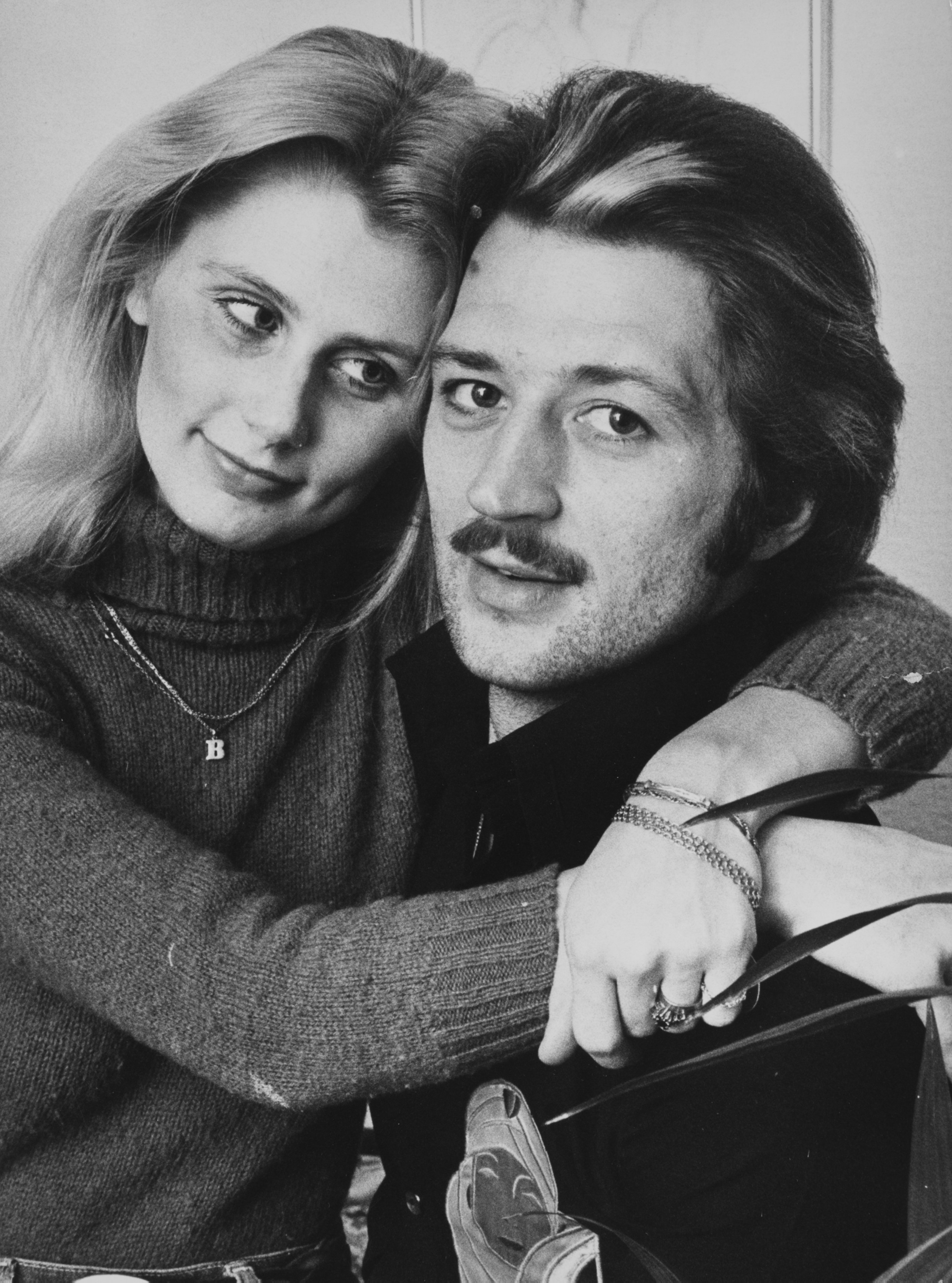 He later confessed: “In my Leicester days, it wasn’t a night out unless you were in at six in the morning after a visit to the Playboy Club.”

Around 1978 the marriage broke down, giving Frank the freedom to play the field even more.

In his autobiography One Hump or Two?, which certainly wasn’t a reference to camels, he wrote extensively about his sexual exploits.

Describing meeting a Belgian brunette in Magaluf, he wrote: “It was appropriate that she came from Knokke, because you should have seen her Knokke-ers when I got them out back at my villa.”

Never shy about discussing his pulling prowess, he also told a journalist what happened after bedding a teenager in Sweden.

He said: “Next morning, after the girl had got up early for work, her ‘muzzer’ woke me up with a cup of tea. She was young and attractive, so what was a man supposed to do?”

'I HAVE ALWAYS BEEN A BIT OF A PEACOCK'

Great pals with the late George Best he lived with Lindy, the sister of the Manchester United star’s first wife Angie.

But Frank – described as “the working man’s George Best” by the late Bolton manager, Ian Greaves – reckoned he was even more of a womaniser than the Belfast ladies’ man.

He said: “This is where I differ from George Best. He wants everyone to love him. I just wanted every girl to go to bed with me.” 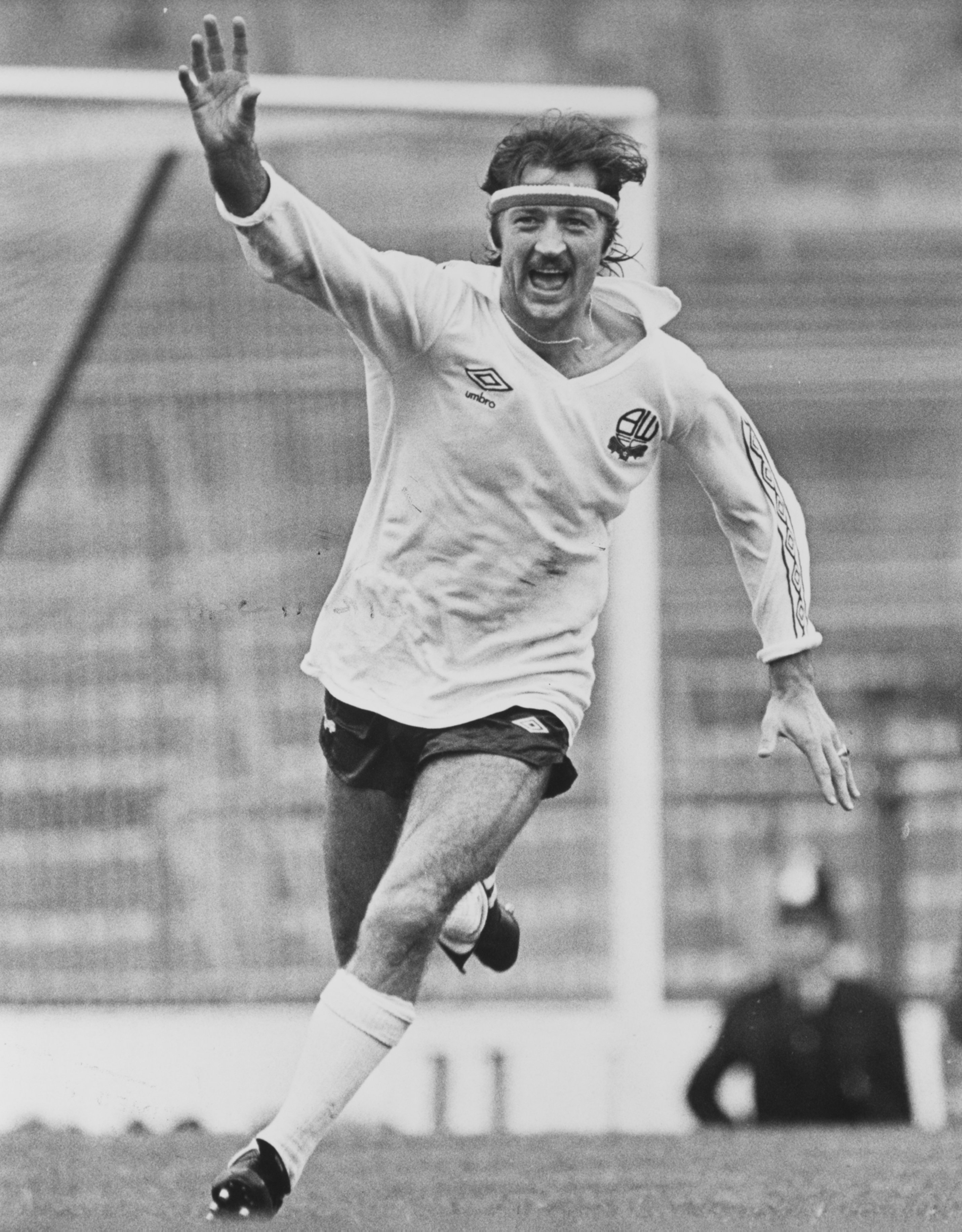 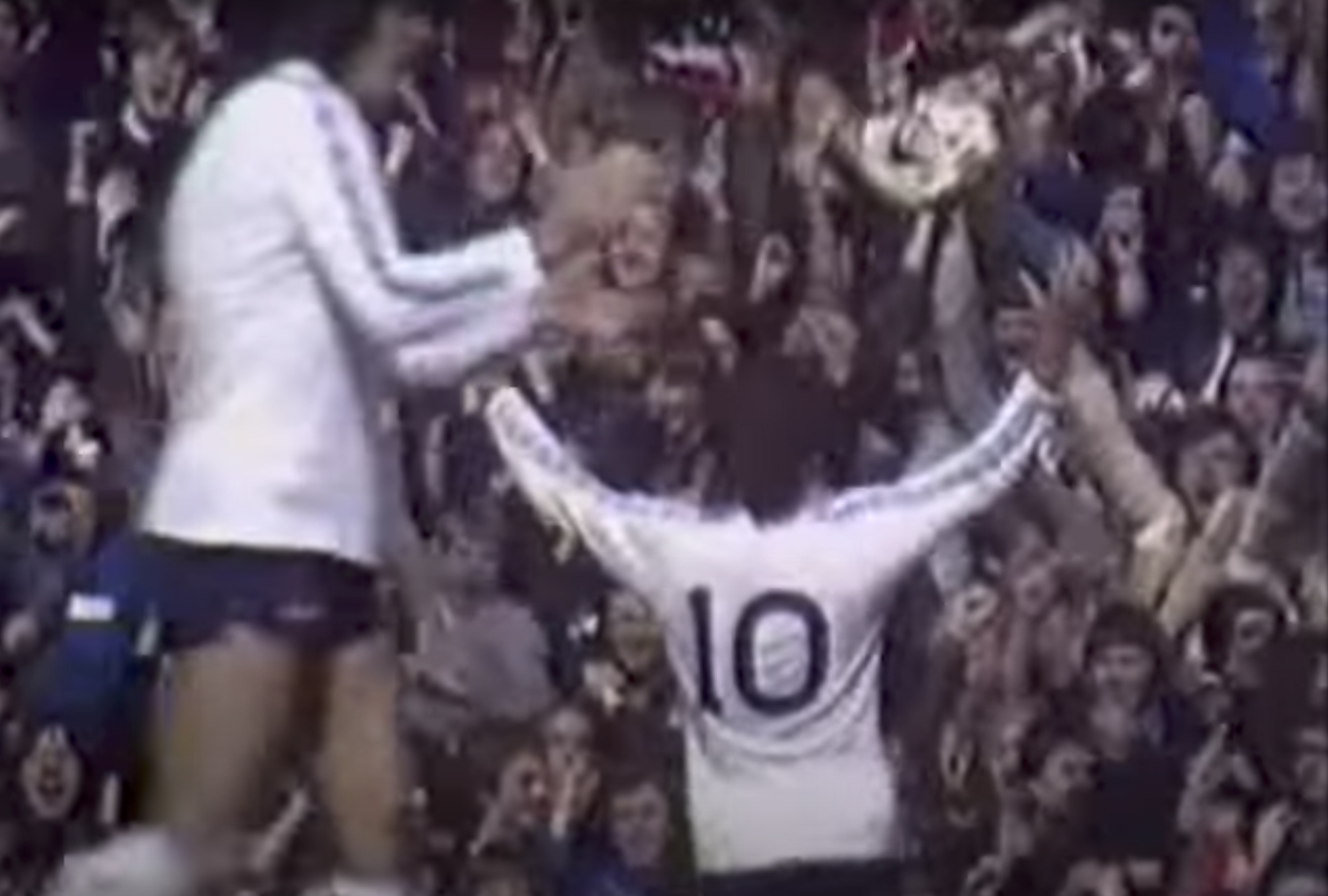 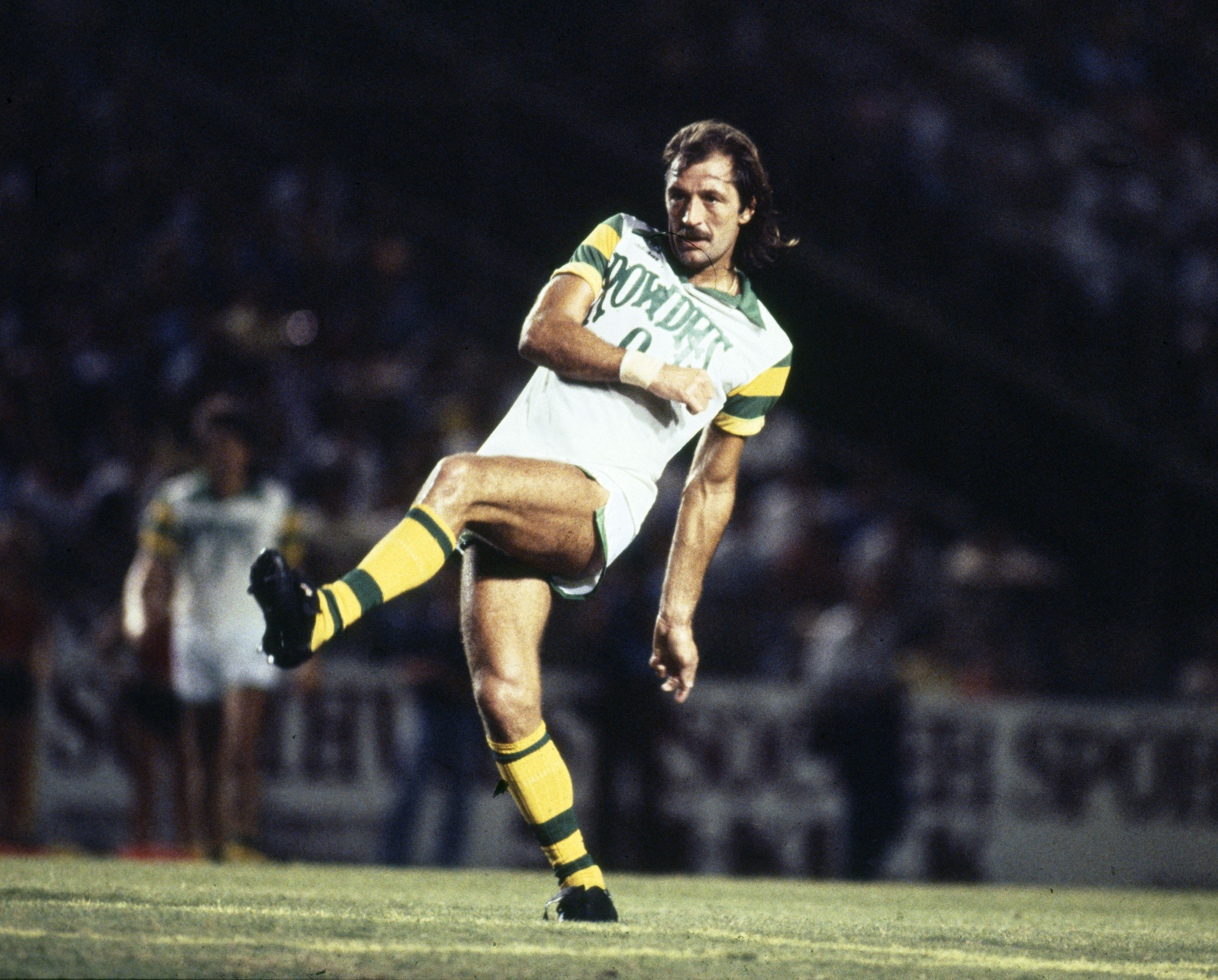 Many England fans wondered why Frank, whose majestic skills were compared to Best, didn’t play more for his country.

Frank thought it was because his unconventional approach upset the national side’s bosses.

Sir Alf Ramsey swore when he turned up to fly with the England team wearing cowboy boots, a velvet jacket and silk shirt.

Frank, who reckoned he was ‘the first man in Britain to own a tank top’, said: “I suppose I have always been a bit of a peacock.”

Best wants everyone to love him. I just wanted every girl to go to bed with me.

He also upset England’s caretaker manager Joe Mercer by sneaking a girl up to his hotel room after a game.

Tough guy boss Revie wasn’t so forgiving when Frank ignored his clear instructions not to go out.

Slipping out the hotel through a side door with a few other England players they visited a casino.

Gambling was a major part of football back in those days and one marathon card game in 1974 went on until 9am in the morning after England beat Bulgaria.

Newcastle United striker Malcolm Macdonald ended up losing £1,200 to Frank. Living close to the edge was what Frank was used to.

He once recalled: “On one trip to Spain, I was driving a car with three other players and ended up crashing it and almost going over the end of a cliff.

“When we walked back the next day, there was the car balancing on the edge of a big drop.” 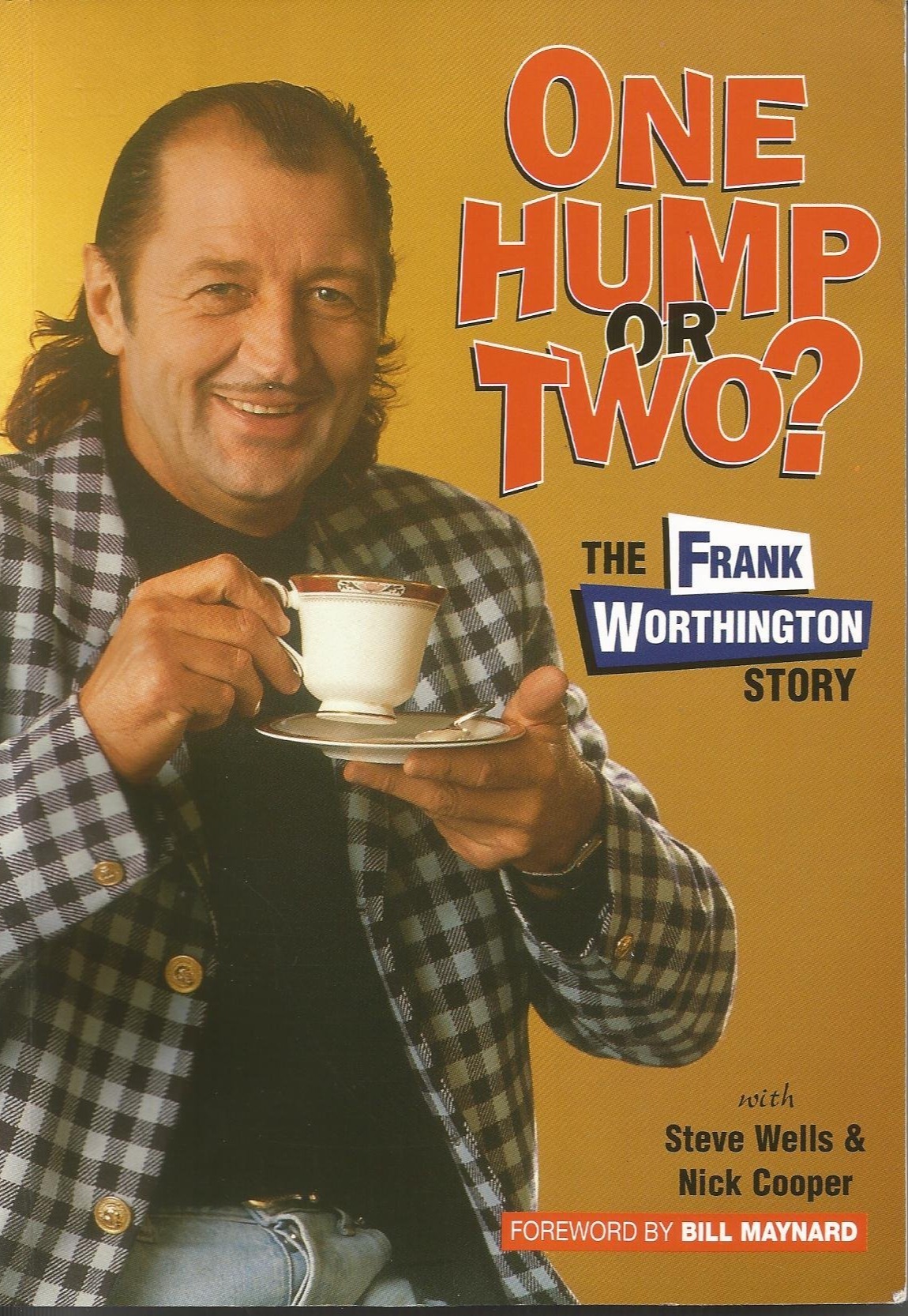 That wild behaviour went too far when Frank was playing for Birmingham City between 1979 and 1982.

He confessed to smoking cannabis and snorting cocaine through a bank note. It was, he admitted, a mistake.

Elvis fan Frank said: “I don’t see any harm in trying things out, but drug taking is certainly not something I would recommend to anyone.”

Around that time he declared bankruptcy because he couldn’t pay off tax bills of £36,000.

Gradually, though, he started to calm down and after he married second wife Carol in 1986 he was content to be in bed by 10pm.

Despite failing that Liverpool medical Frank played until he was aged 43, running out for over 20 clubs here and in the US, before finally hanging up his boots in 1992.

The only silverware he picked up during that long career was the old Division Two title with Huddersfield Town.

Frank also won the Golden Boot title in 1979 for the 24 goals he scored for Bolton Wanderers in the top division.

But he had to sell that precious memory in 2005 to fund his retirement. 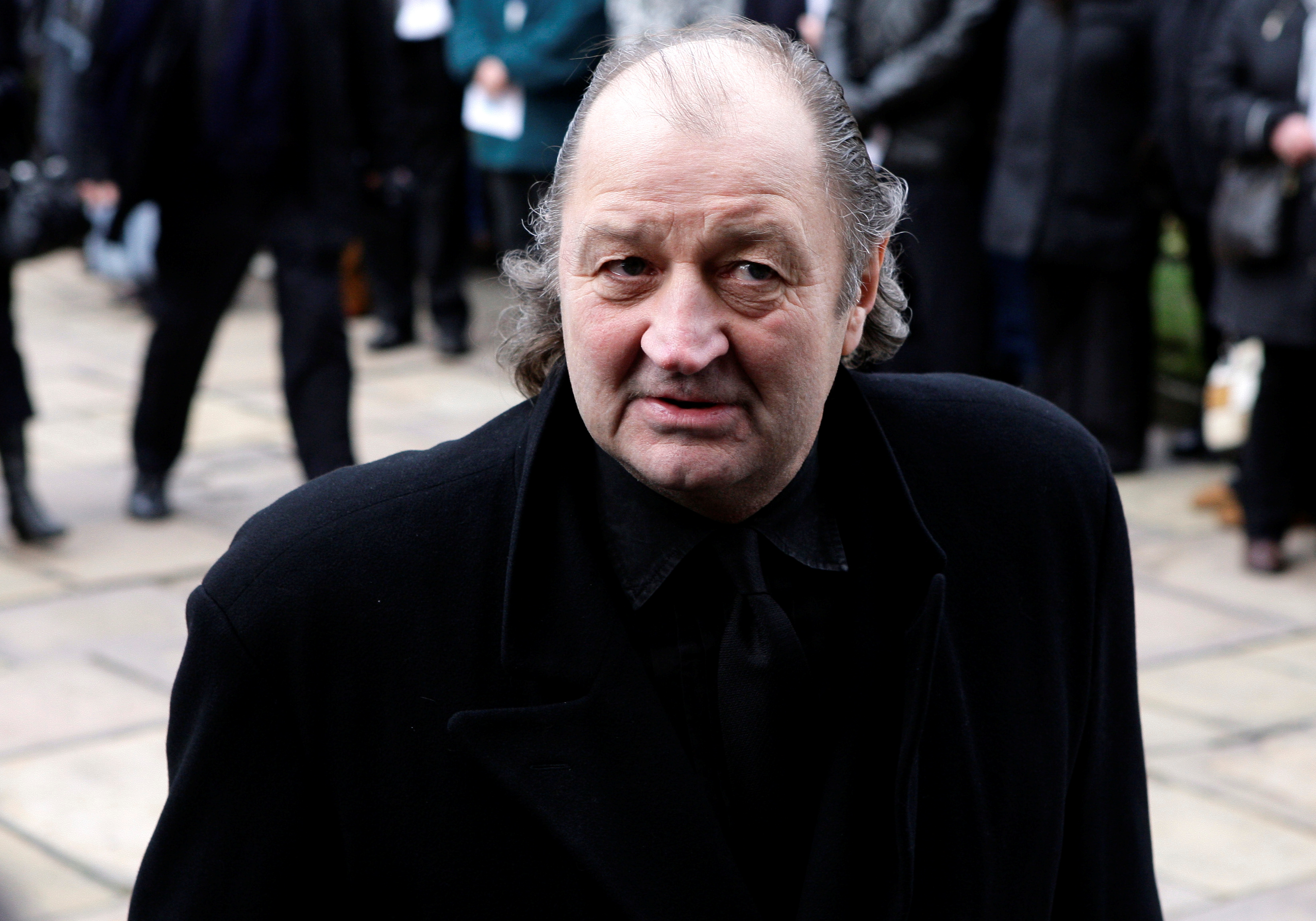 Frank’s cause of death has not been announced. His daughter claimed in 2016 that he was suffering from Alzheimer’s due to heading the ball during his playing days. But Frank denied suffering from the brain disease.

After his death his wife Carol said in a statement: “Frank brought joy to so many people throughout his career and in his private life.

“He will be greatly missed by everyone who loved him so much.”