Home » Sport » How Arsenal could line-up next season with Willian, Philippe Coutinho and James Rodriguez part of new-look Arteta XI

How Arsenal could line-up next season with Willian, Philippe Coutinho and James Rodriguez part of new-look Arteta XI MIKEL ARTETA is planning a major summer overhaul at Arsenal and his starting XI could look very different next season.

The Gunners have most recently been linked with South American trio James Rodriguez, Philippe Coutinho and Willian. 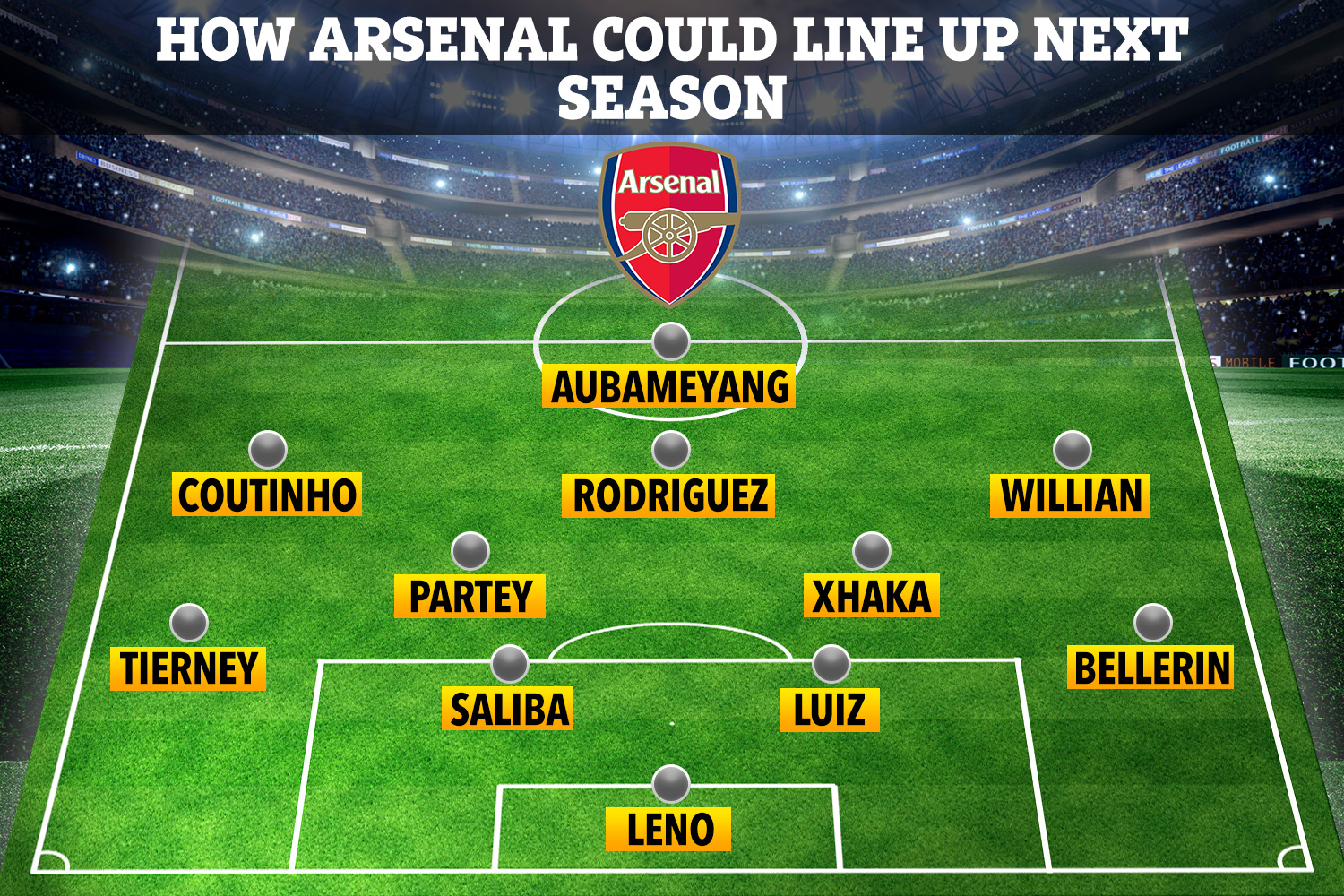 And if they land all three stars, the Gunners' attack would intimidate most Premier League defences.

Arteta's FA Cup win in his debut managerial campaign has encouraged the owners to back the boss this summer to transform his side into top four challengers once again.

But the North Londoners' transfer activity is under intense scrutiny after football fans across the land hammered the club for their decision to make 55 staff redundant.

And the Gunners' pursuit of ex-Liverpool playmaker Philippe Coutinho on loan are said to be at an advanced stage with Barcelona desperate to raise funds.

SunSport reported last week how the Gunners were in negotiations with the Blaugrana about a season-long loan, with the two clubs to share the burden of paying the Brazilian's wages.

In holding midfield, Atletico Madrid's Ghanaian star Thomas Partey has also been a long time target of Arteta's as he looks to get his team ready to play his favoured 4-3-3 system. 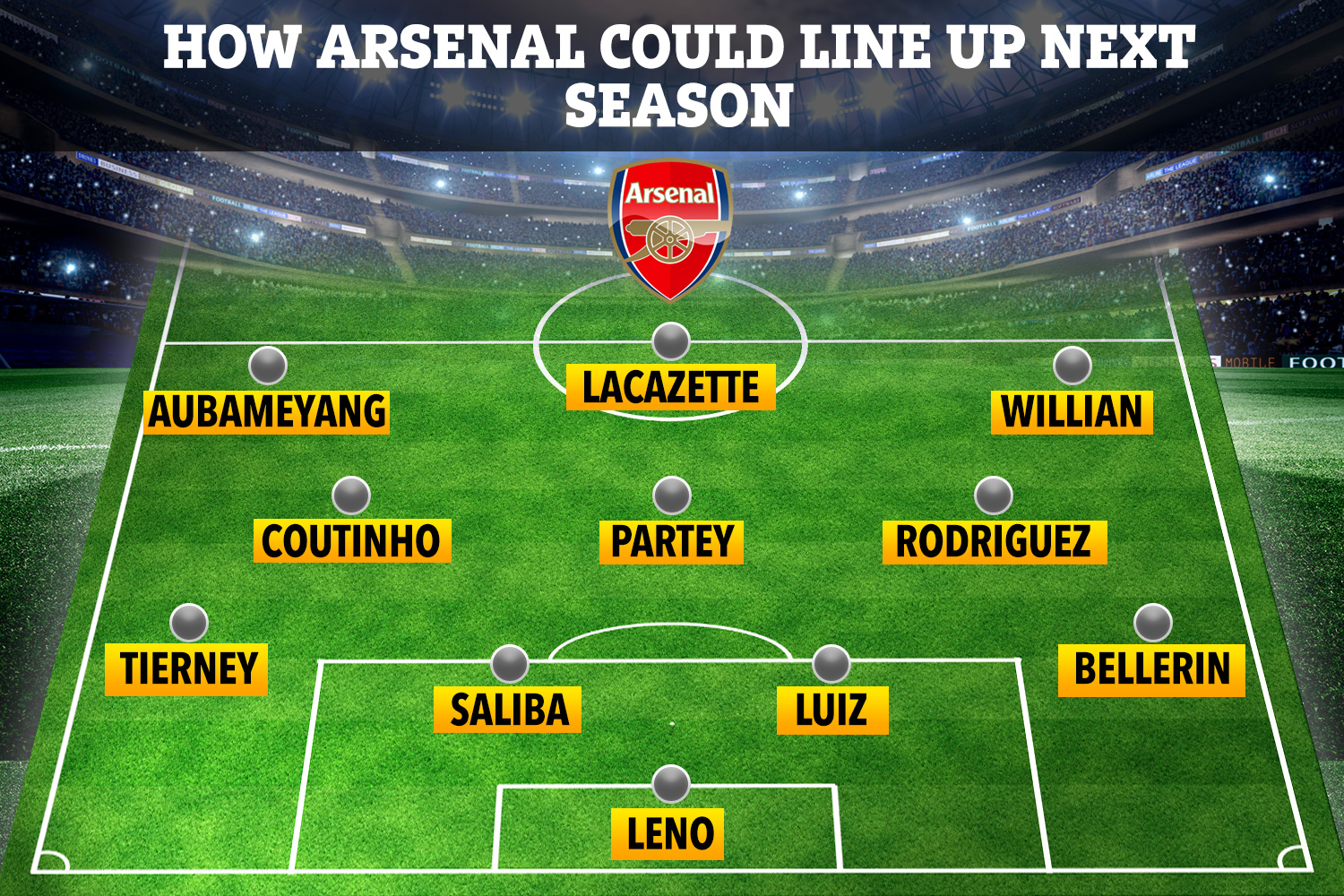 But it emerged today the North Londoners will have to pay the full £45million release clause if they want to land the 27-yyear-old.

The club are said to be "desperate" to sign the Colombian ahead of Atletico and Paris Saint-Germain with his Los Blancos career finished.

Spanish outlet AS reports Mikel Arteta's side are the team most interested in rescuing Rodriguez from the Bernabeu.

European big-hitters PSG are also thought to be interested in the 29-year-old as he is offered around by agent Jorge Mendes.

And it was previously reported that Rodriguez was set for a sensational cross-city move to join Real's rivals Atleti.