Home » Sport » How to be a good sport

How to be a good sport At three, they put the implement of their sport in his hand, and straight away, he wielded it in a way no one could believe for his age. They gasped. They told him to do it again, and he did it again, and they gasped again. Asked to do it a third time, he waddled away. It was their sport, but it was not his thing.

They would not be deterred. No one had seen anything like him, but they were determined that everyone soon would. He was fast-tracked through school and college and into the system. His friends were happy for him, and truth be known, a bit jealous, too. But he thought the system was just as regimented and dreary as the school they all couldn't wait to leave.

Still, it was easier to go with the system than buck it, and so he kept doing their thing better than they had ever seen anyone do it. His list of accomplishments grew, and so did his fame and fortune, and people loved him. They all said so. 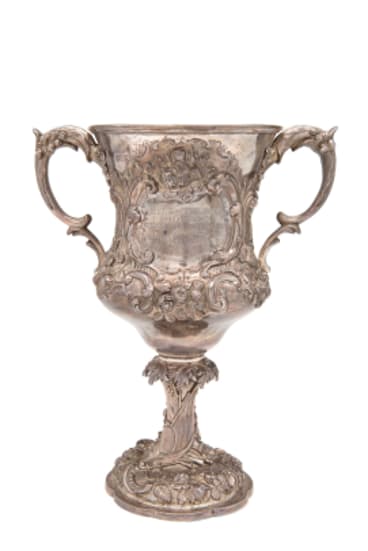 But this was the system, and it was working for him without him really having to work for it. The system confined him, yes, but coddled him, too. He was living a good and even luxurious life. It wasn't really his life, not as he would have chosen, but so be it. Reconciling himself this way, he sometimes could even convince himself that their sport was his thing after all. It was simpler than pushing back.

As he grew ever further in stature and renown, so did the mythology around him. He worked hard, they said. It wasn't hard for him. He had a uniquely strong character, which was the key to his success, they said. He knew it was just that he was better. But he also knew not to diminish the legend.

He was special. He set up a trust and gave generously to charities. What else would he do with his endless free time? He was polite, humble, good-looking, clever, graceful and almost always gracious. Whatever people wanted most for themselves, they somehow divined in him. That way, they affirmed what was good about their sport, his thing, not his thing, who knew?

In the locker room, he was bored. They were good people, but not his people. He couldn't do sport talk and he didn't do small talk, which didn't leave much. With fans, he was obliging, but mystified. He could never love their sport the way they did.

Abroad, he ate alone in restaurants and walked empty streets late at night. At sponsors' events, he avoided the hollow hand-shaking and rote speech-making. He knew they wanted him not for himself, but for their collections, like paintings.

In interviews, he was courteous, but unforthcoming. They came at him like a puzzle they must solve. They wanted insights, but he was looking out, not in. They talked about his sport's rich history and shiny future, but his eyes glazed over. They talked about how he could become the best ever, but what could he say? It was their thing, projected onto him.

They said this sort of diffidence was characteristic of precocious performers, especially in his sport. He laughed mirthlessly. It was their sport, not his. He was misunderstood, they said. But that was itself a misunderstanding. They meant misunderstood as a player. He meant it was a misunderstanding that he played at all. 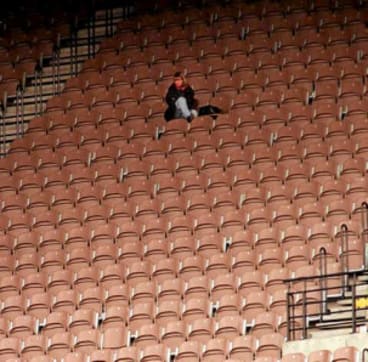 Nothing to see here.

Sometimes, he would say, as tactfully as he could, that he wasn't sure if their sport really was for him. They said this was a defensive mechanism, to deal with his few hard times. He shrugged and his sojourn went on. He had a gift, they said, and that was impossible to deny. But he hadn't asked for it, and often didn't want it, but couldn't return it. It kept coming back to him. That was the system. That was the sport. That was their sport.

The years rolled by, and he won all there was to win, and the love for him – or the idea of him – was all-surpassing, and all-time-greatness was upon him, until one day, the day of a big final, with a packed stadium waiting, he did not turn up, and was never seen again. They could not believe that he would do this to their sport. But all he was doing his thing.