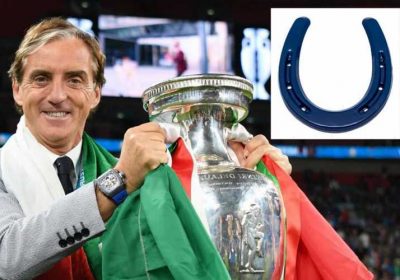 ROBERTO MANCINI’S kids hoped they would bring their old man good luck at Euro 2020 – by gifting him a blue horseshoe before the tournament.

The Italy boss carried the Azzurri-coloured present in his bag throughout his side’s campaign. 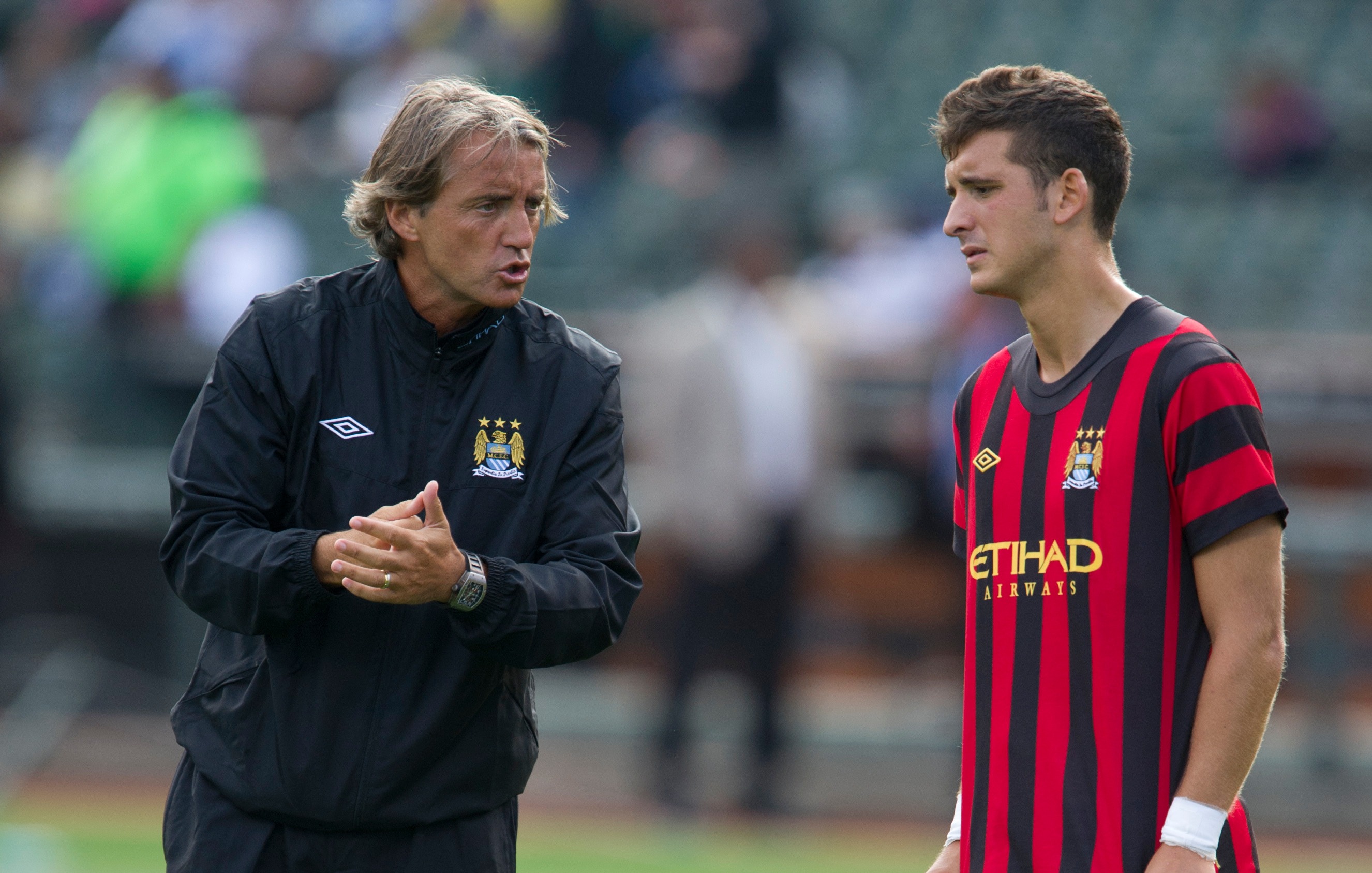 Fortune was certainly with Mancini’s team in Sunday’s final as they beat England on penalties at Wembley to lift a first title since 1968.

Youngest son Andrea, 28, revealed: “Before the tournament, my siblings and I gifted him a blue horseshoe, telling him it would bring good luck. He’s kept it in his bag.

“Three years ago, he was the only one to believe Italy could achieve this result.”

But unfortunately the youngest Mancini was forced to watch the first half of his dad's Euro triumph from the stadium steps.

He claimed that a ticketless fan had stolen his seat so the steps was the best alternative for him to catch the action.

Luckily Andrea found a better vantage point in the second period which he reckons could've given the Italian team some good luck.

He said: "There was a mess with ticketless fans and my seat had been taken, so I had to watch the first half sitting on the stadium’s steps.

“I found another place in the second half. Perhaps it brought good luck.”

Ex-Manchester City boss Mancini was appointed in 2018 after Italy failed to qualify for the Russia World Cup.

He has masterminded a 34-game unbeaten run which has culminated in Euro glory, diverting football from coming home to going to Rome.

The 56-year-old said “I was due this” after winning on spot-kicks, having suffered the same fate as the English as a player.

Mancini did not win a major trophy as an Azzurri player, finishing third at Italia 90 and runner-up at the Under-21 Euros in 1986.

“Despite the fact we were the best team, we didn’t win it and lost both times on penalties.”

Mancini was in tears after Sunday night’s dramatic triumph.

He explained: “It was the emotion which happens after achieving something incredible.

"It was the emotion of seeing the guys celebrate and the fans in the stands.”