It took Gary Neville less than 120 seconds of this World Cup to show why ITV decided to take him on loan from Sky for the next month.

Julen Lopetegui’s sacking by Spain was the first major topic ITV host Mark Pougatch wanted to tackle during a 90-minute build-up to the opener. Neville talked of how strong the Spanish football federation had been in ‘standing up against a form of bullying’ by Real Madrid.

That sort of robust summary is what he’s known for and what ITV bosses will have wanted. His temporary employers, generally fairly daring with their choice of pundits at international tournaments, had first crack at the competition and passed comfortably as Russia thrashed Saudi Arabia. 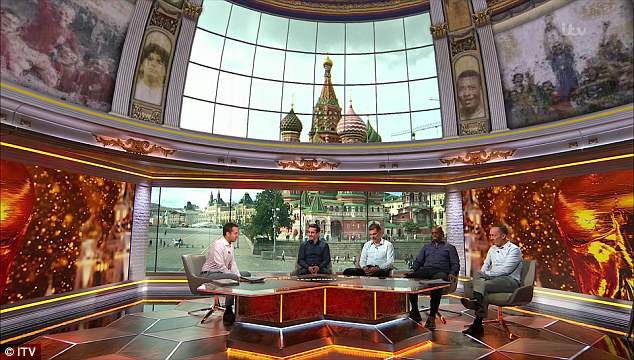 Debutant Neville was more circumspect than when on Sky but complemented Ian Wright, Slaven Bilic and Lee Dixon nicely.

Pougatch is one of the slickest presenters in the business and acts as a smart mediator for his guests. Four might seem one too many in a studio but his expertise saw it was not, the quartet fluid and jovial while delivering salient points – although there was too much focus on VAR at half-time.

The popular opinion remains that there is nobody better than Neville at the moment. Bilic, though, is quietly effective when afforded the opportunity to express himself properly, noticeably on Thursday when picking apart the domestic quota rules in Russia. He can command discussions. 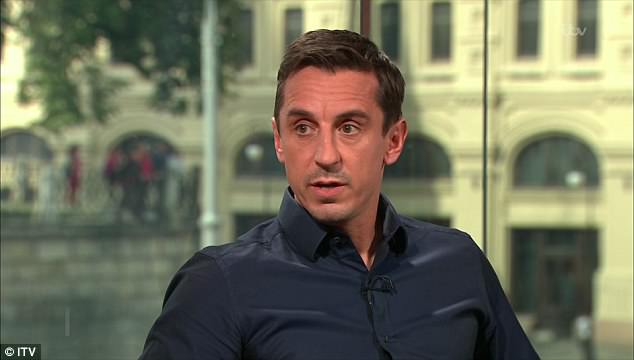 Dixon is the most relaxed of the bunch, lightening the mood and bringing others in, which gives a familiar feel. It is the pundits on which broadcasters will be judged, yet that the former boast Gabriel Clarke must be seen as an advantage.

Clarke’s interview with Raheem Sterling was typically insightful while not over-bearing, offering freshness and new angles to a story already well told of the forward’s upbringing near Wembley and his temperament.

Clarke is meticulous, something for which Eni Aluko could soon become renowned for after a strong performance inside the Luzhniki Stadium alongside Jacqui Oatley and Ryan Giggs.

Aluko clearly studied both Russia and Saudi Arabia extensively – certainly more than other more experienced pundits would – and that unquestionably enriched the coverage. She was astute tactically after full-time, too. 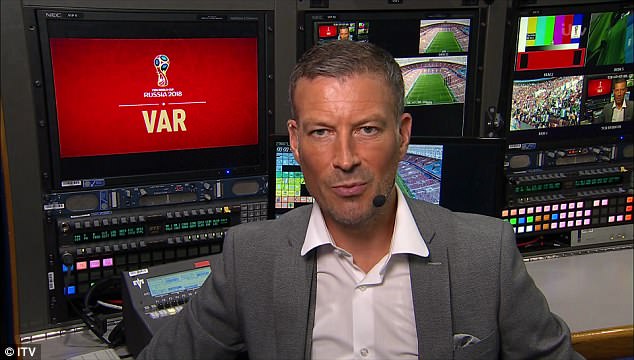 Mark Clattenburg brought something as well, giving clear and concise wording when eventually brought into the conversation as half-time chat drifted towards VAR.

That – the dialogue with directors in the studio over clips – is one major reason why Andy Townsend enjoyed a long spell as chief co-commentator.

The commentary team of Glenn Hoddle and Clive Tyldesley are experienced professionals, but it will be interesting to see whether Ally McCoist or Iain Dowie make a significant impact during games over the next few weeks.

ITV have Roy Keane, Patrice Evra, Martin O’Neill and Henrik Larsson to come in the studio, with executives pleased with the blend they’ve created. They will be even more thrilled by Aluko’s fleeting contribution. You might expect to see her more often during future broadcasts. 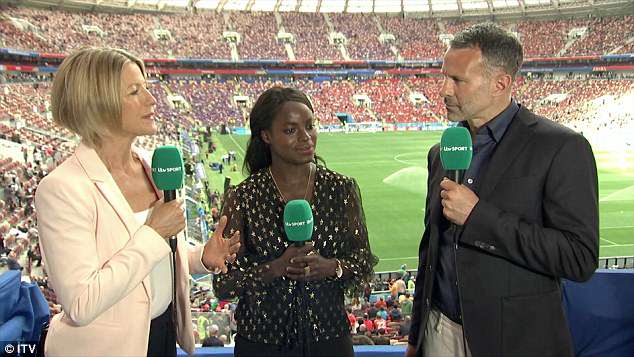