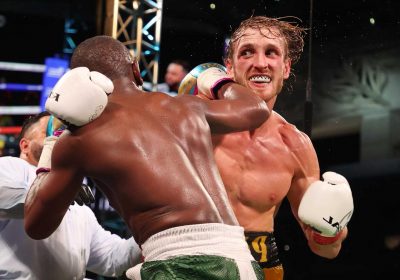 The elder Paul brother went the distance with the pound-for-pound king in the early hours of the morning in Miami, Florida. 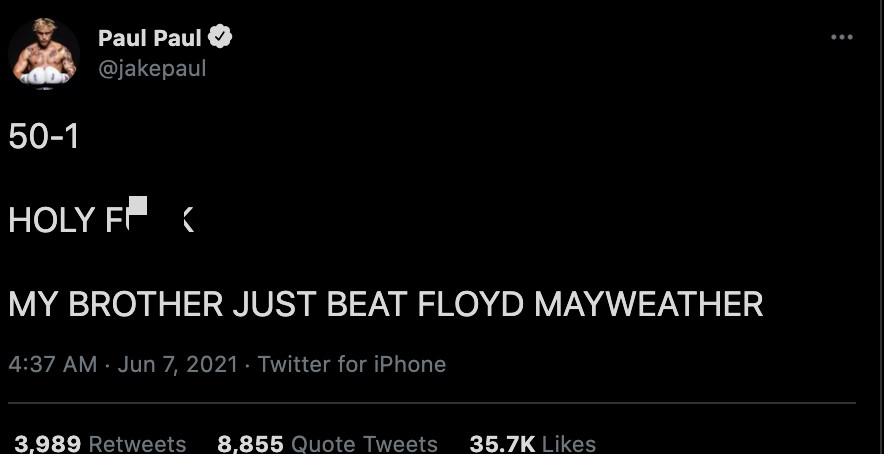 Logan turned in a better than expected display, landing a handful of decent shots on the former pound-for-pound king.

And his brother Jake reckons he did enough to have his hand raised.

Seconds after the fight ended, The Problem Child tweeted: "50-1

Jake's legion of followers, however, didn't agree with his assessment of his older brother's valiant effort against Money. 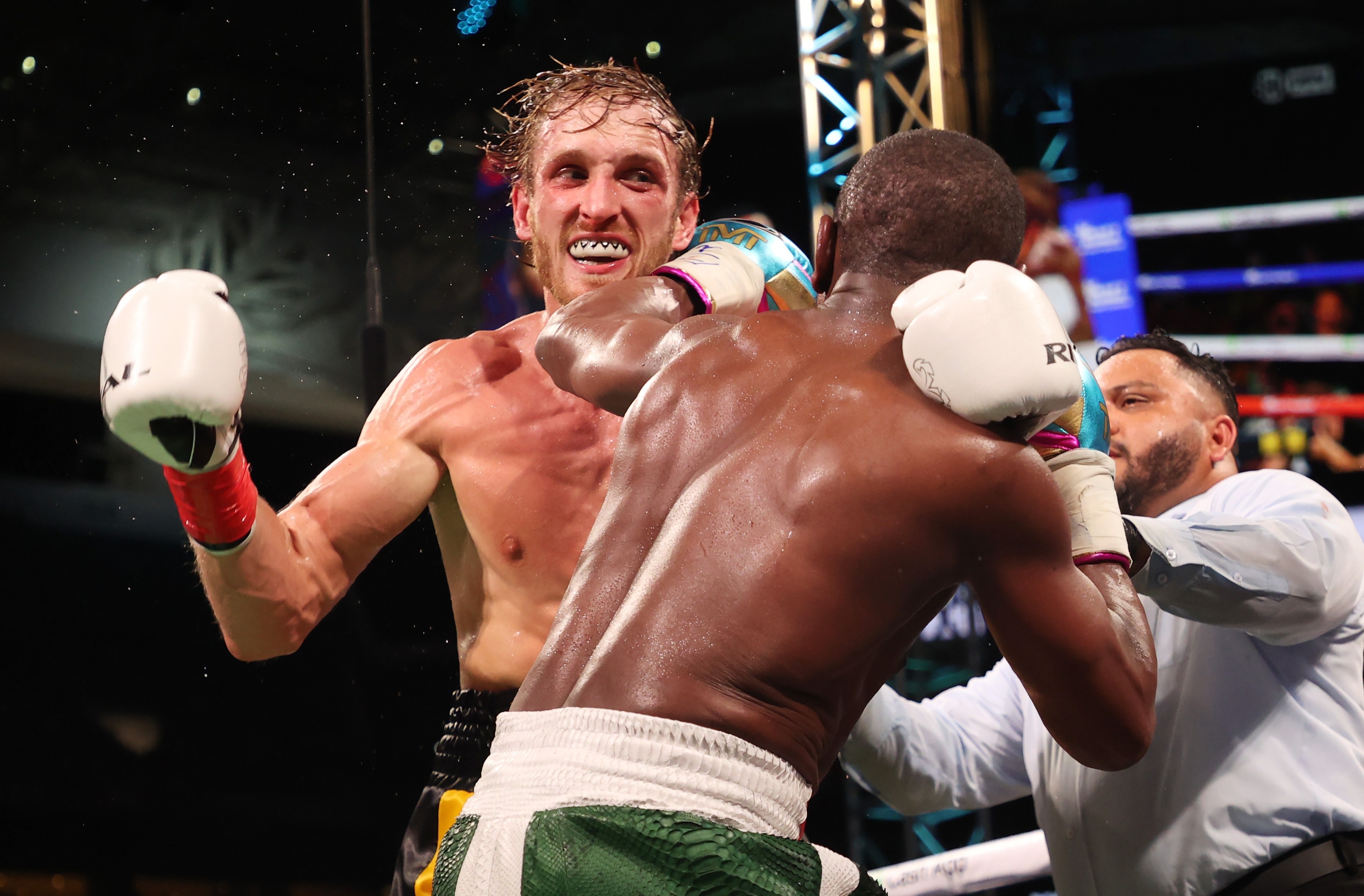 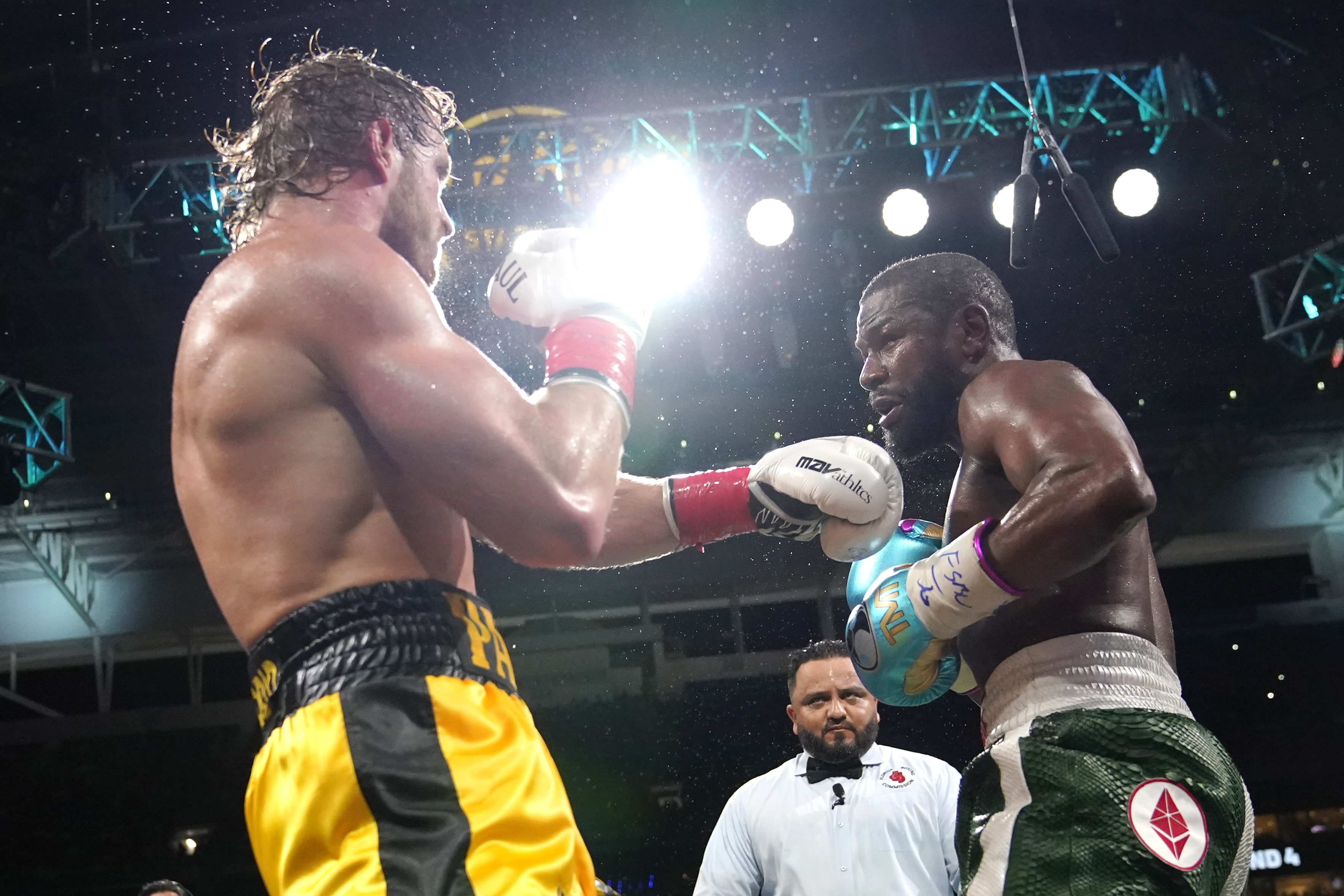 One fan replied: "Bruh why are you lying like we didn’t just watch the fight."

Another said: "Lol your brother lost and Floyd wasnt trying."

And another said: "’No way you actually thing Logan won that fight."

One remarked: "No yo brother hugged another man for an hour."

After the fight, the 44-year-old Mayweather said: "I had fun. You got to realise that I'm not 21 no more.

"But it's good to move around with these young guys, test my skills – just to have some fun. 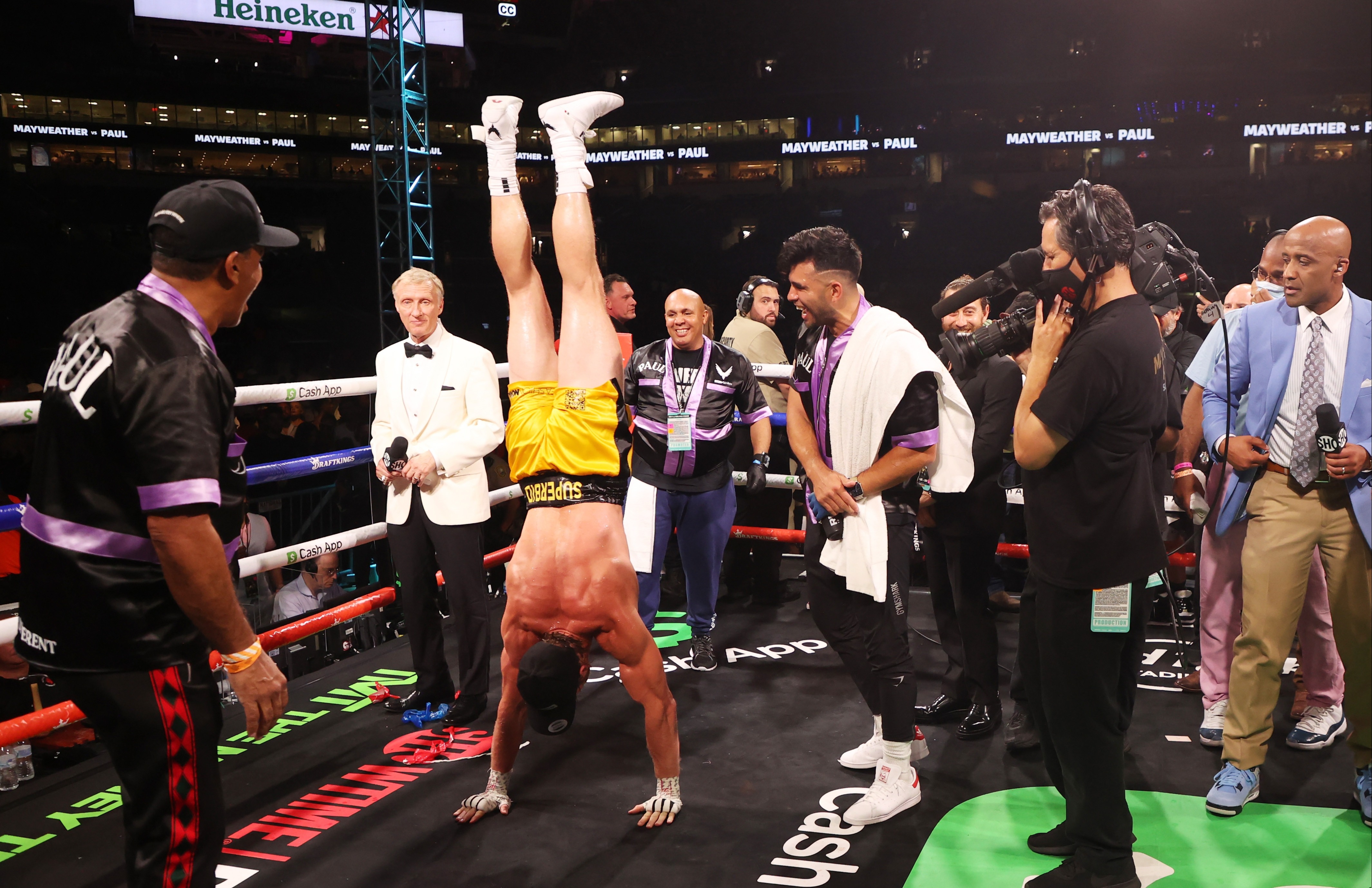 "[He was] a great level fighter. Strong, tough. He's better than I thought he was."

When asked about Logan potentially having a successful career, Money said: "As far as with the big guys, the heavyweights, it's going to be kind of hard.

"But he's a tough, rough competitor. It was good action, we had fun. I was surprised by him tonight. Good little work. Good guy."

He added: "I fought against a heavyweight, but I had fun. Even though he don't got much experience.

"I had fun, I'm pretty sure he had fun. And hopefully the fans enjoyed it."