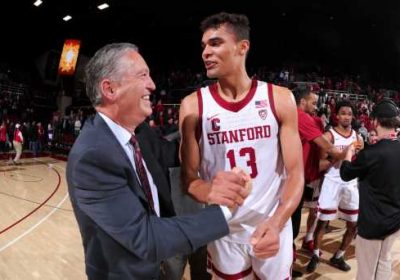 Wulbrun takes over for Rodney Billups, who spent five years at the helm for DU. Billups’ contract expired at the end of the 2020-21 season and was not renewed.

“Jeff is a proven program builder with a depth of coaching experience,” DU’s vice chancellor for athletics, recreation and Ritchie Center operations Karlton Creech said in a news release. “His success at every stop along the way stands for itself, but what drew us to Jeff was his development of people. Relationships are the foundation of his recruiting and coaching, and I’m confident he is the right person to lead this program.”

Wulbrun becomes the 33rd head coach in the program’s history. He has had 21 years of collegiate coaching experience and spent the last five years with Stanford — an assistant coach the first two seasons before becoming associate head coach. He has also had stops at California, Illinois State and UAB.

“I am truly excited to join the Denver family and collaborate with the great team Karlton has assembled to raise the program to new heights and one the faculty, students, university community and the city of Denver will take great pride in,” Wulbrun said in a news release. “I believe the opportunity to promote such a prestigious academic institution with a great athletic history in one of America’s great cities is a special opportunity.”