The David Haye protege wiped the floor with Lenroy Thomas after shocking the crowd with a sombrero on his head to celebrate Cinco de Mayo. 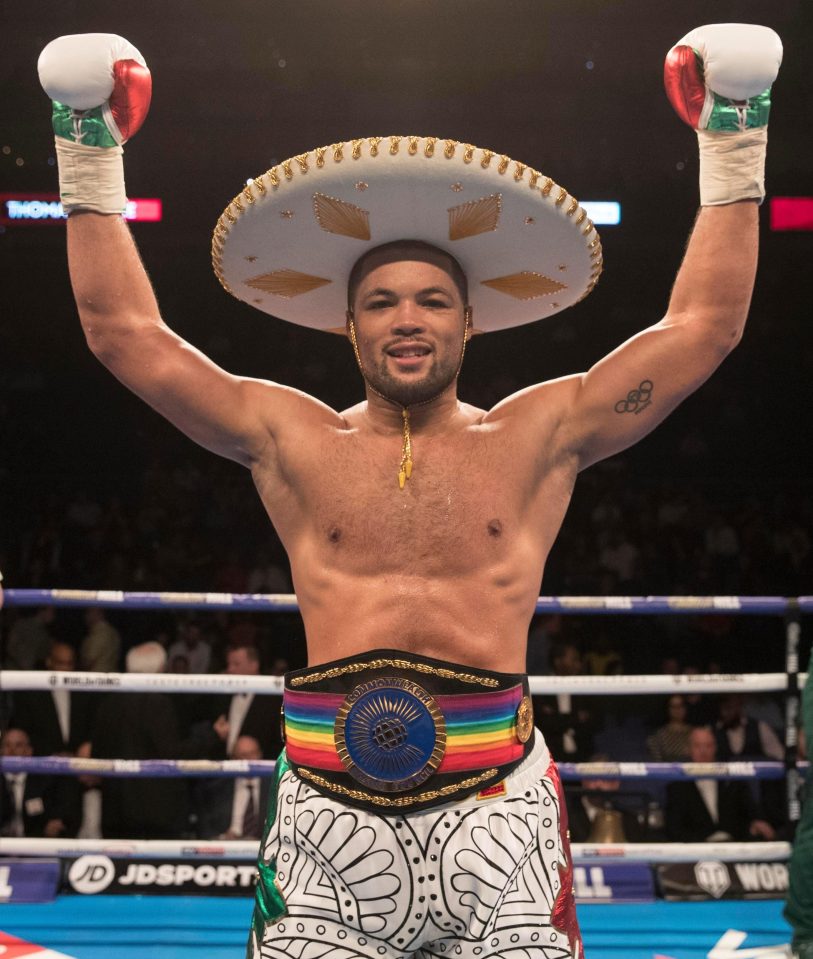 After being the victim of a handful of groin shots, the Team GB star cocked his left fist and sent the Caribbean southpaw down and out after 2.50mins of round two.

With just 12 pro rounds to his name, the Rio Olympic silver winner now has a serious belt to add to his medals and can target some of Britain's biggest names.

Joyce looked a giant coming in to the ring – in his white, red and green get-up – but he soon squatted down into his shots and lost a chunk of his height advantage.

Thomas landed the first few shots, a straight left from the southpaw and a jab found a home. 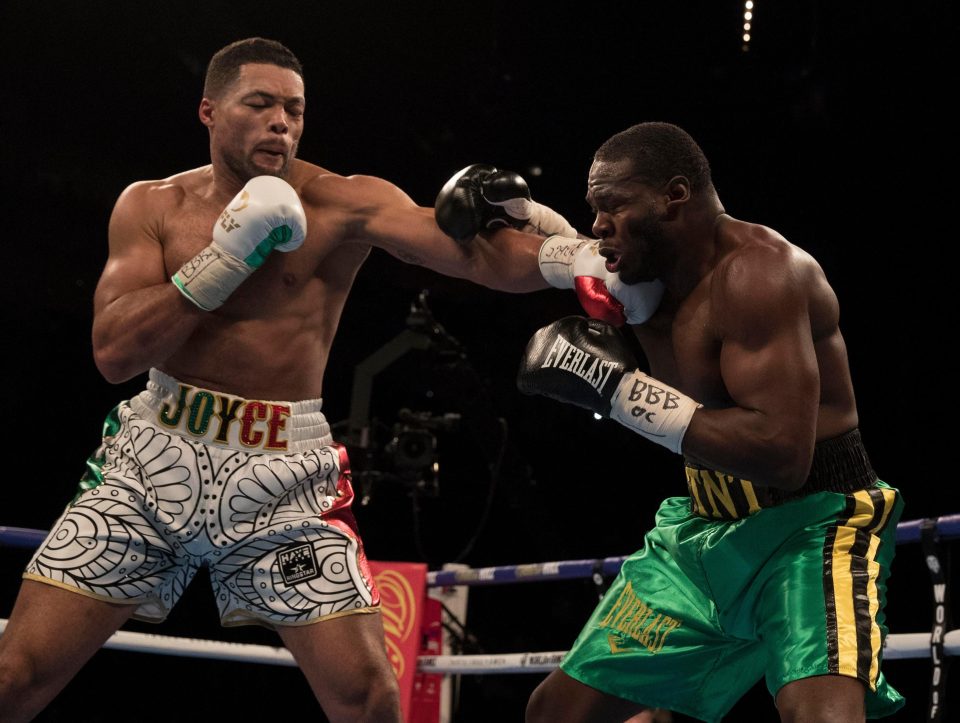 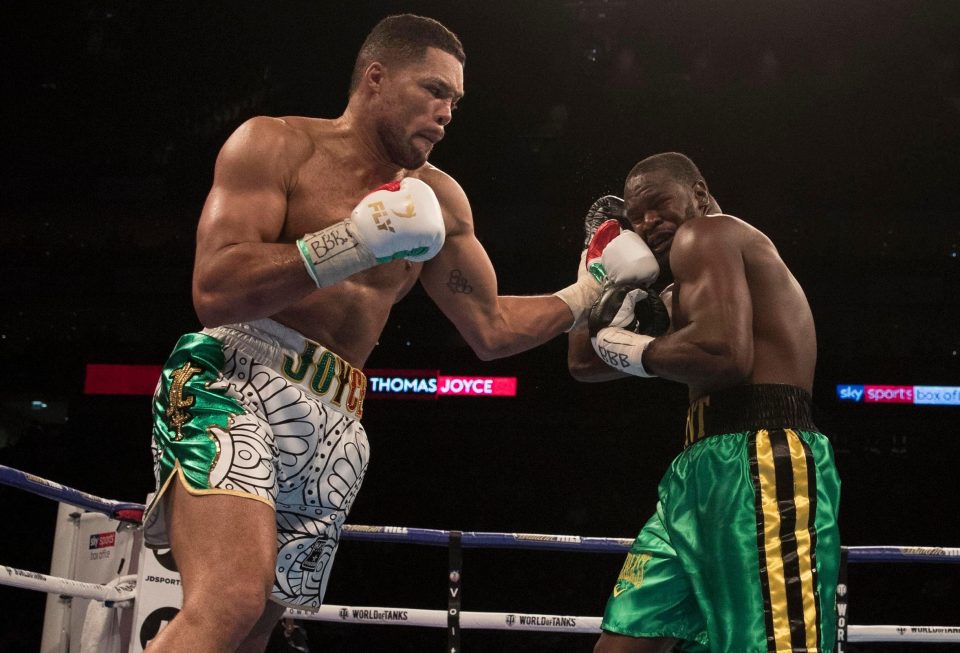 But Joyce roared back and wobbled the Jamaican before dropping him bang on the bell that ended the action-packed first round.

A scything left hook went under Thomas’ right elbow and into his exposed ribs and the 33-year-old met the canvas. 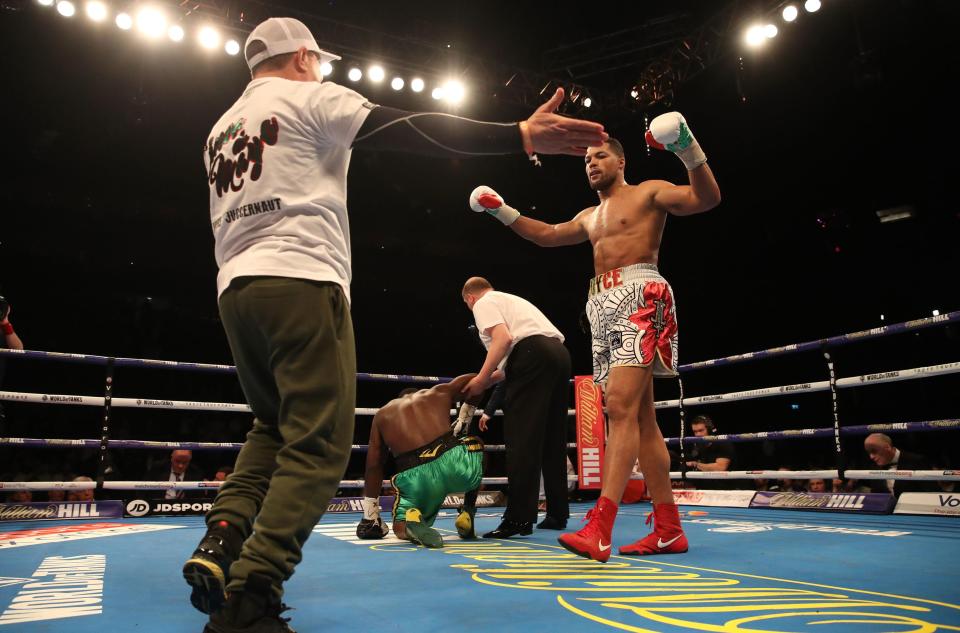 In the second, TNT Thomas started with a slip but looked eager to return to the deck and Joyce was only happy to assist as he hammered his man in a neutral corner.

In a desperate attempt to turn the tide, 33-year-old Thomas slung a low-blow and – when the referee failed to punish him – he added a couple more.

But Joyce seemed impervious to pain in the nether regions and connected with a spearing left hook had bucked Thomas’ legs and left him counted out on the floor. 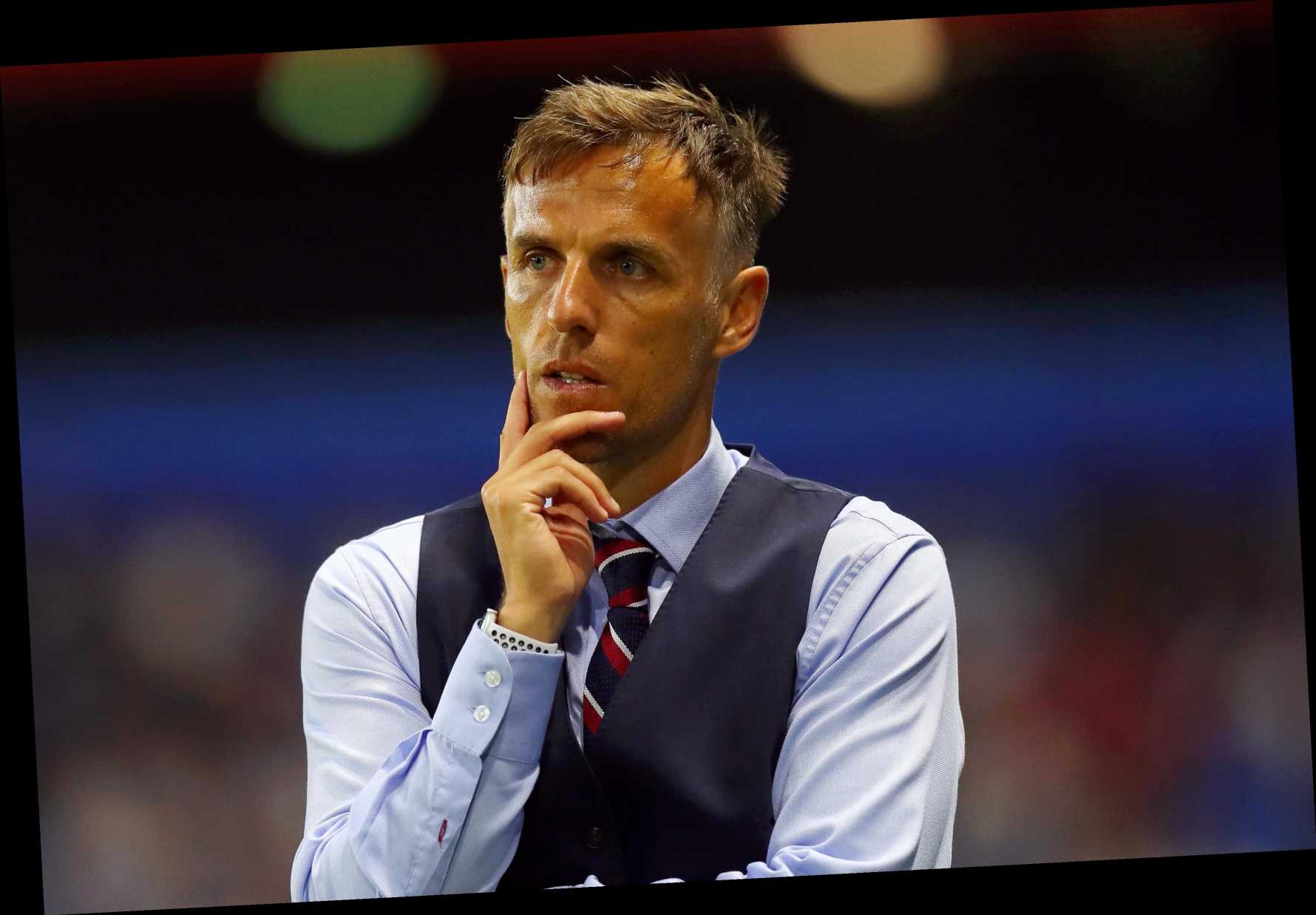