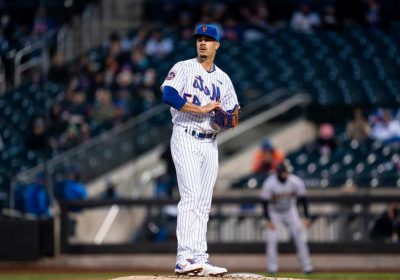 Injuries continue to pile up on Mets

The second opinion confirmed what had been feared after the first: Joey Lucchesi needs Tommy John surgery.

The Mets left-hander will undergo surgery on Thursday to repair his ulnar collateral ligament, after a second opinion confirmed a full tear of the UCL, acting general manager Zack Scott said Thursday. The elbow surgery will knock Lucchesi out for the rest of this season and a large chunk, if not all, of 2022. Tommy John rehab typically lasting 12-18 months, depending on the pitcher.

“Tough break for Joey and for the club,” Scott said. “But yeah, he’s got a full tear, so it was pretty cut and dry that he needs TJ.”

Lucchesi had been pitching well before landing on the injured list Saturday. In his last five starts, following a stint in the bullpen, the 28-year-old had posted a 1.19 ERA with 24 strikeouts in 22 ⅔ innings.

The extended absence of Lucchesi, whom the Mets acquired last offseason in a trade from the Padres, further strains the club’s starting pitching depth. But it’s also a blow for Lucchesi, who is under the Mets’ control through 2024.

“I think this is going to be a time of growth for him,” manager Luis Rojas said. “There’s a lot of people that [have gone] through the same process that are on this team and that can give a lot of good advice to him on what to do throughout this time and how to face it and how to be better when he gets out of it. It is going to be some time, it might seem long at some point, but next thing you know, he’ll be back pitching for us and he’ll be dealing like he was before he got this prognosis.

“I think he’s in good spirits. At the beginning, we were all a little down because this is always tough. But just moving forward, this is the right mindset you gotta have. I think today, he’s in a good place facing this.”