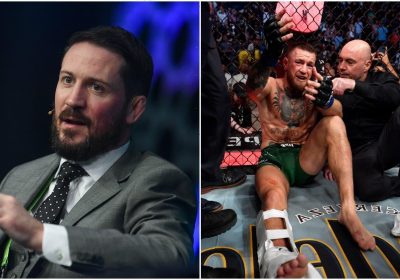 JOHN KAVANAGH has slammed Joe Rogan for interviewing Conor McGregor on the Octagon floor after his breaking his leg.

The Dubliner suffered a defeat to Dustin Poirier in their UFC 264 trilogy fight at the weekend after the horror leg injury. 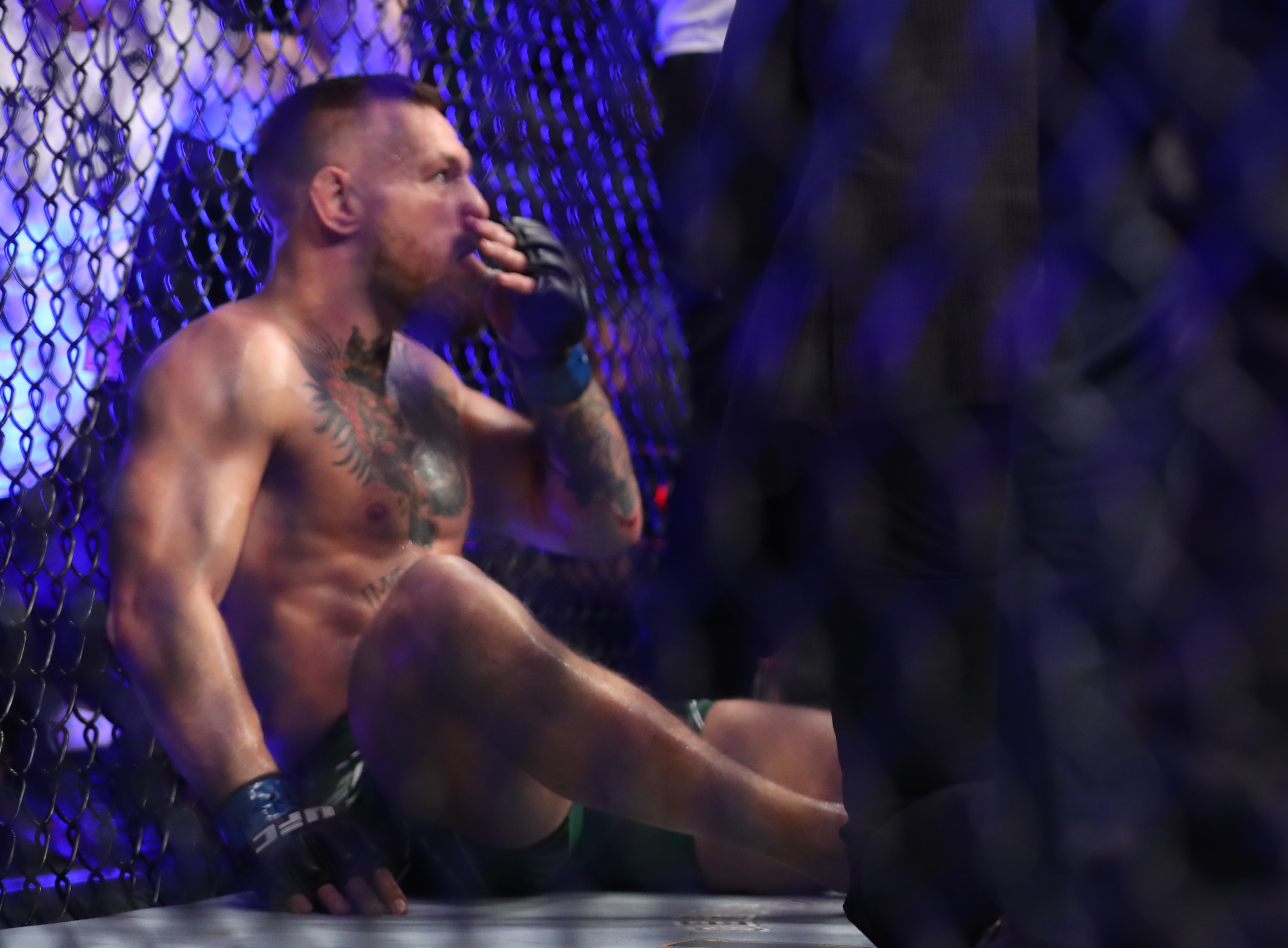 McGregor's leg gave way in the dying seconds of the opening round and he has since undergone surgery for a broken lower tibia.

In the Octagon, Rogan sat down beside McGregor as his leg was being put in a cast and quizzed the former two-weight world champion.

The Dubliner went on a furious rant against Poirier, demanding a fourth fight against him and insulting his wife.

"Usual s***e, dive to close the distance. This is not over. I have to take this outside with him, it's on.

And his coach, Kavanagh, believes the mic should not have been put in his face after suffering such a devastating injury.

He told Laura Sanko: “I have my opinions on that. Like his foot is literally hanging down. It’s a clean fracture of the fibula and tibia. It went straight through.

"His foot is hanging down. You can only imagine the rush of hormones and the pain, it was on fire.

“And then someone sits down and sticks a microphone under your face like, 'How are you feeling right now?'.

"It’s like, guys, come on! Come on. Let’s get backstage and let’s get a proper assessment by a doctor, let’s get an x-ray.

“Let’s say I was pretty miffed at that idea of shoving a microphone in someone’s face at that stage. Let’s gather ourselves. Anyways look, what’s happened has happened.”

McGregor has slammed Poirier from his hospital bed for only leaving 'a few little scratches on the ear' during the opening round of their bout.

And UFC President Dana White has confirmed that the pair will meet in the Octagon for a FOURTH time when he has recovered from his leg injury.