JUVENTUS are "irritated" by manager Maurizio Sarri's stubborn "refusal to give up cigarettes" as he battles pneumonia, reports claim.

The former Chelsea boss, 60, has missed the first two games of the Serie A side's season following his serious health scare. 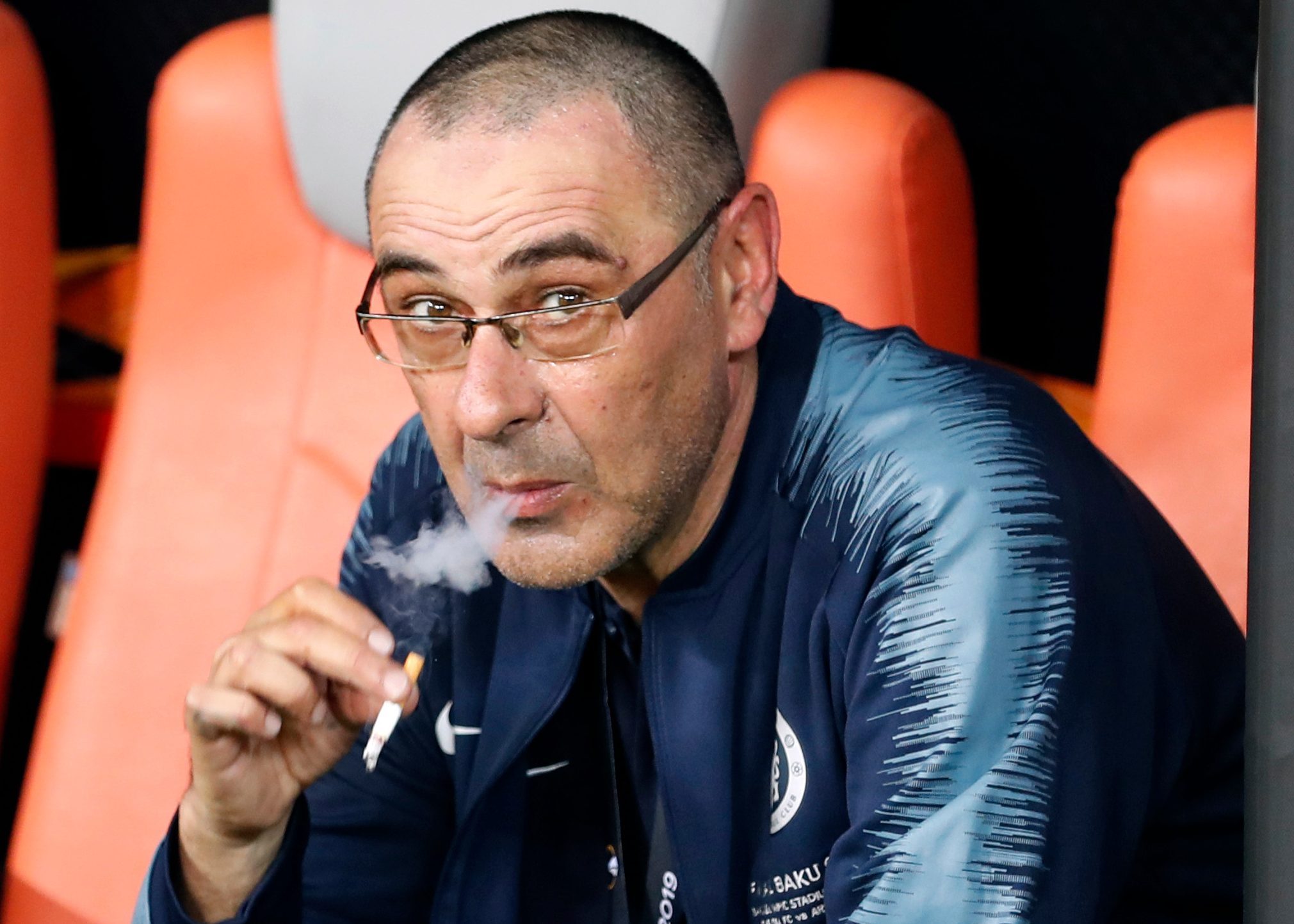 Sarri, who is said to smoke up to 80 cigs a day, could make his return to the touchline for Juve's clash against his old club Napoli on Saturday.

But Old Lady chiefs are said to be furious with his decision to keep puffing away while being treated for the infection.

Italian newspaper Corriera della Sera published a photo of Sarri holding a pack of fags while posing with fans outside his house this week.

Sarri, who was replaced in the dugout by assistant Giovanni Martusciello, has been travelling to the club's training base in Turin.

But he has been watching sessions by video rather than being out on the pitch.

Sarri famously chewed cigarette butts during his season at Stamford Bridge, in which he won the Europa League with the Blues.

He chomped on a massive cigar celebrating that victory over Arsenal in Baku – former star Eden Hazard did likewise while ex-assistant Gianfranco Zola lit up a ciggie too.

When in Napoli Sarri was allowed to smoke on the touchlines.

And though he can't do that anymore, it definitely looks like old habits die hard.