Home » Sport » Laurent Koscielny injury: Arsenal defender suffers torn Achilles against Atletico Madrid and could be out until 2019

Laurent Koscielny injury: Arsenal defender suffers torn Achilles against Atletico Madrid and could be out until 2019 The French defender could be out until 2019 after collapsing in agony early on in the Europa League semi-final against Atletico Madrid. 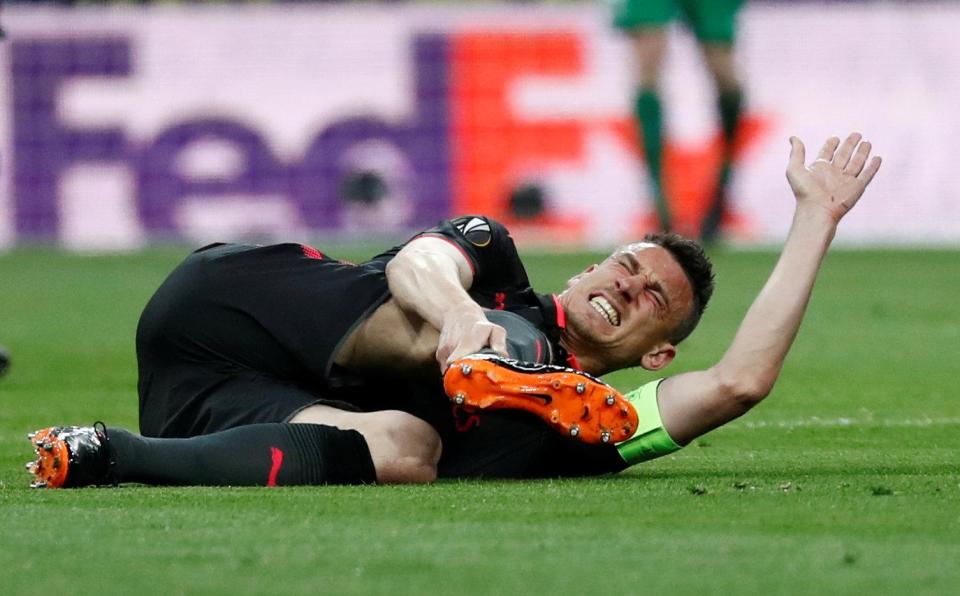 Players and fans look distressed with Koscielny in tears as he writhed on the ground in agony.

The Arsenal captain was eventually stretchered off and it's now feared he will miss the rest of the season, and the World Cup, as a result.

It was the last thing Arsene Wenger needed in the crunch Europa League clash.

Arsenal dominated the first leg at the Emirates but a sloppy mistake from Koscielny allowed Atletico to escape with a 1-1 draw. 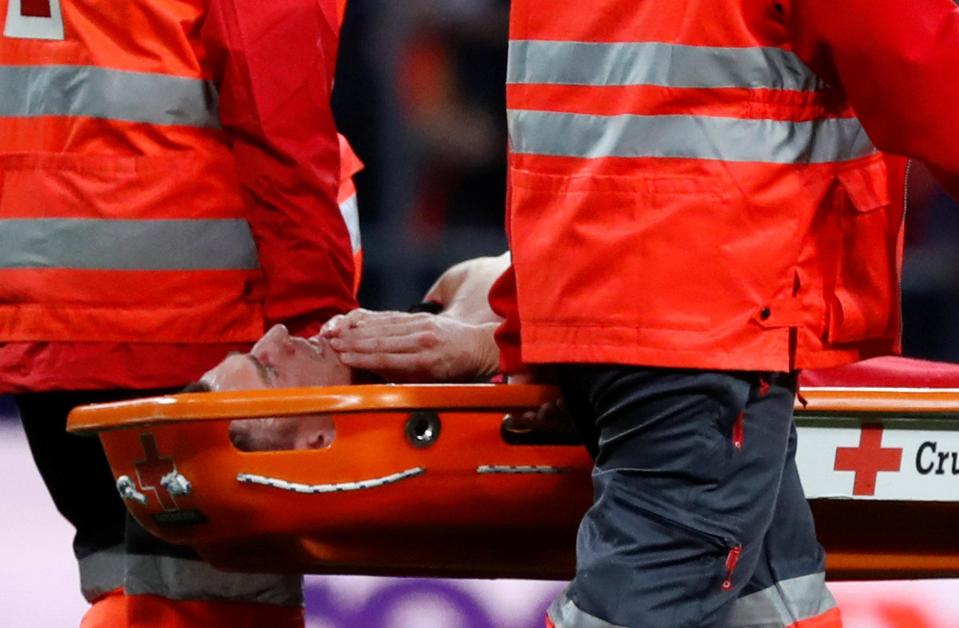 It means the North Londoners need to score at least once to ensure they book a place in the final against either Marseille or RB Salzburg.

But the job has become a lot harder after Koscielny was forced off the pitch through no choice of his own.

The 32-year-old has been at Arsenal since 2010, making 324 appearances in all competitions.

He has won two FA Cups under Wenger and will be hoping the team can win the Europa without him in order to send the gaffer out with a bang. 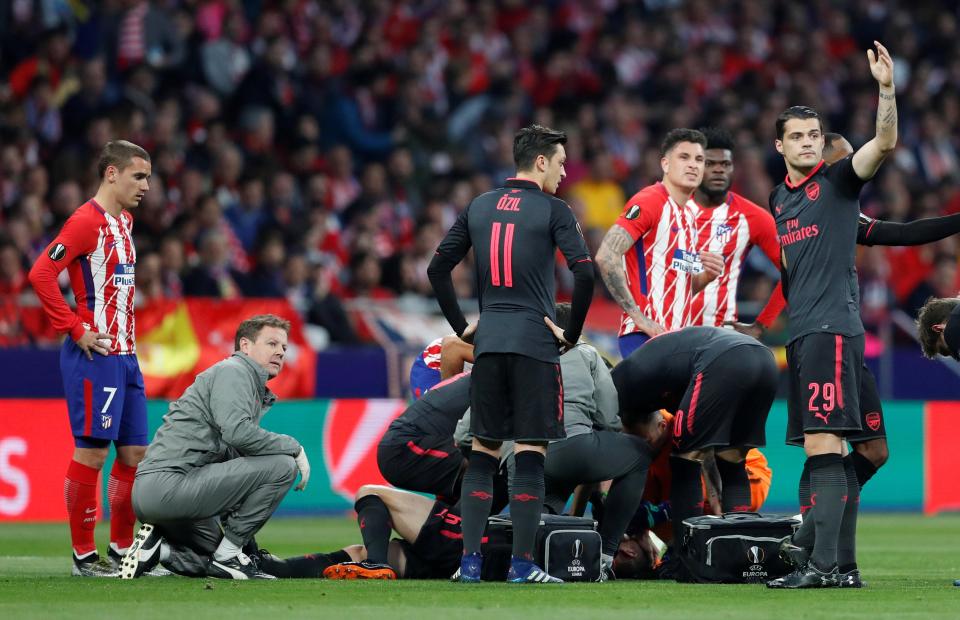 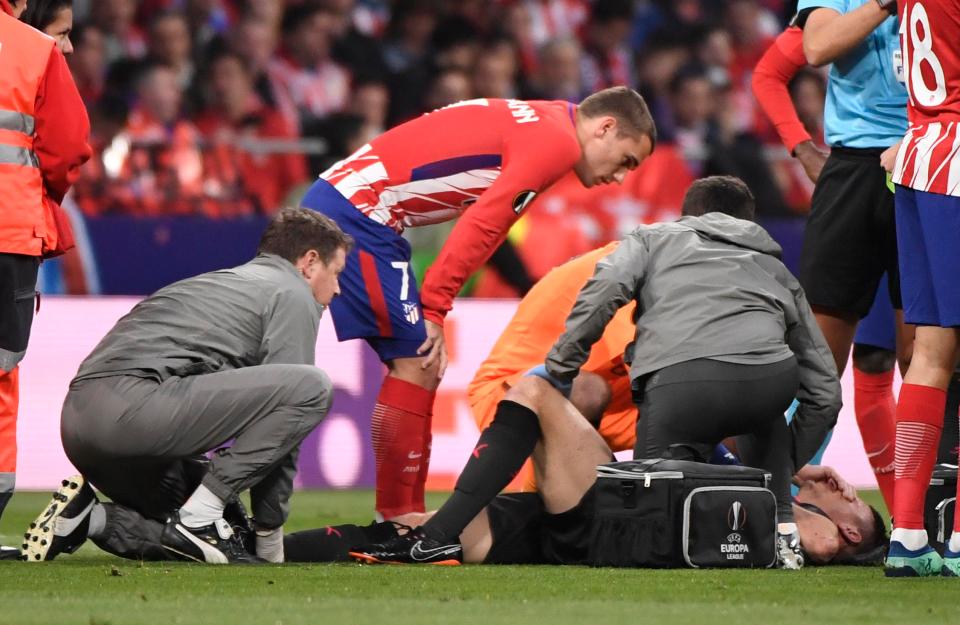