As maneuvering over A-League expansion continues to intensify, the focus is increasingly on Wellington Phoenix.

Some 10 bidders are now said to be in the mix for the two new slots due to be introduced in the 2019-20 season, and several potential bidders are said to be clamouring to either take over the Phoenix's licence or enter into a partnership deal. 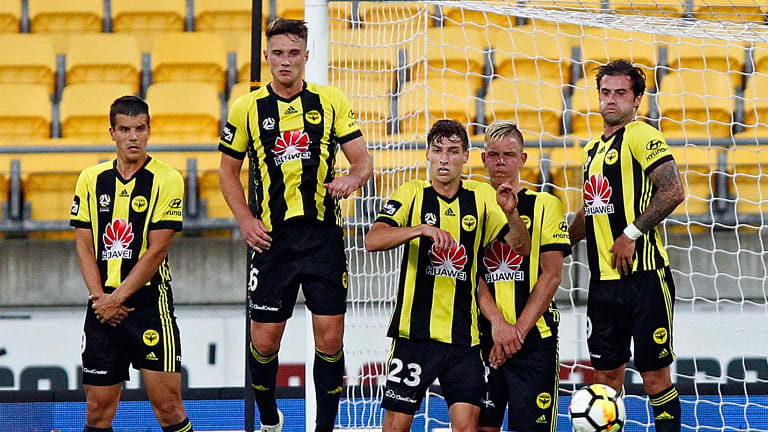 The chairman of the Kiwi strugglers, Rob Morrison, went as far as issuing a statement earlier this week saying that his team was keeping its options open and doing nothing pending further developments with the FFA.

It was reported that the cashed up Southern Expansion, the NSW group fronted by that state's former premier Morris Iemma, had had talks with the Nix about some kind of merger deal as had another NSW candidate, South West Sydney.

Now one of the ambitious Victorian candidates, former NSL club South Melbourne, says it is also looking to do some sort of deal with the Phoenix or the FFA to take Wellington's place in the A-League "as soon as possible".

South's A-League bid boss Bill Papastergiadis said that the Albert Park club, the most proactive of the traditional former NSL powerhouses seeking a spot at the local game's top table, had initiated talks with the Nix almost a year ago.

"Those were exploratory discussions but they came to nothing then. But in the current circumstances there is a lot of talk and activity about their future, so we have reached out to them again to see if something could be done."

If South were able to agree financial terms with the Kiwis – assuming they did decide to quit the league – there would be little likelihood of a merger or of playing in the New Zealanders' yellow and black.

Papastergiadis said: ''South Melbourne and our blue strip is our name, our history and our brand, and that's what we are going to be wherever we play.''

South are one of three Victorian candidates for the expanded competition, alongside a consortium based in Geelong and the western suburbs and the Team 11 group, which is located in Dandenong.

The latter has cranked up its activity in recent months, hiring former News Corp soccer and sports writer Matt Windley as its project officer, liaising with media, local clubs and supporters and managing the club's marketing portfolio.

Team 11 believes that its catchment area, made up of millions of immigrants from countries with a strong soccer tradition, makes it an attractive contender in a fast-growing region.

Still, Papastergiadis argues that the time is right for the A-League to pay more than lip service to the traditional clubs who made the game in Australia what it is by admitting at least one of them to the league.

"South is a ready-made club. If the essence of a successful bid is to attract interest to the game then we have not only past examples of record crowds but also recent evidence from our FFA semi-final against Sydney which rated 56,000 on Fox Football," says Papastergiadis, who claims that some 70 per cent of A-League games televised this season have not rated as well.

Whether fans tuned in to watch South or the A-League champions that night is a matter for debate, but Papastergiadis is adamant that his club has a bedrock of support that would deliver it greater numbers right from the start than the likes of Central Coast or the Phoenix.

"Our bid is not a wish list of opportunities, but is rather a summary of what the club does in the football market here and today. South will be able to make an immediate impact."

He says that in season 2001, South averaged more than 8,000 people per game – "in an environment where there was no TV deal. The population of Melbourne was approximately 1.4 million less and we didn’t have the social media tools we now do to get fan engagement."

Much remains to play out in what will be a keenly fought process and Wellington's position remains pivotal.

Morrison admitted that the Phoenix owners had been in discussions with other clubs, testing the trans Tasman waters, but his statement on Tuesday stressed that no decisions would be made while discussions on FFA governance and the future of the A-League was still to be resolved.