It went bonkers in Baku for the second year running as Hamilton was gifted his first win of the season and moves four points clear of Sebastian Vettel in the drivers' championship. 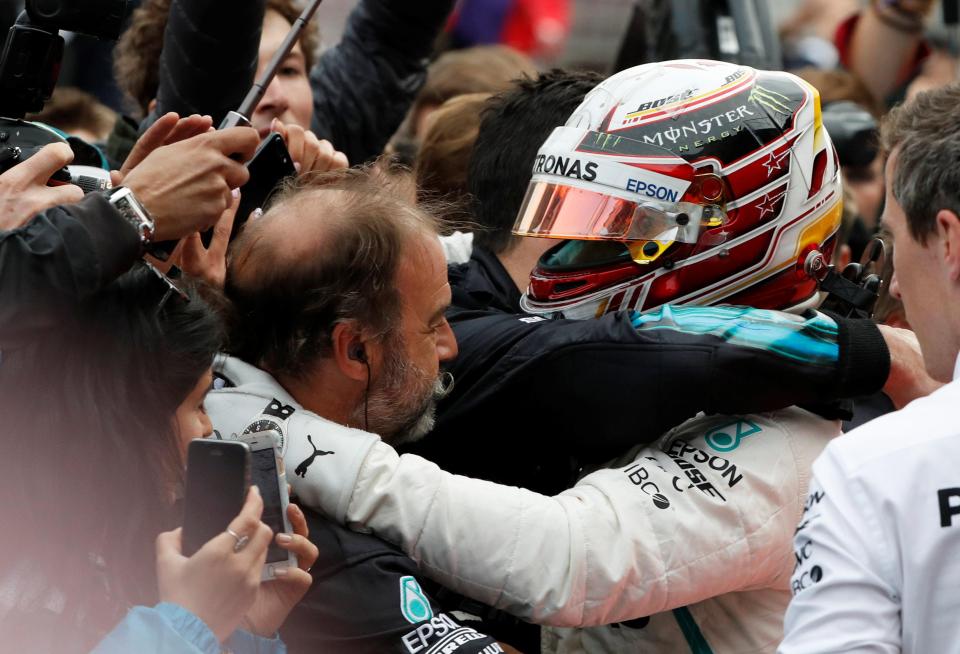 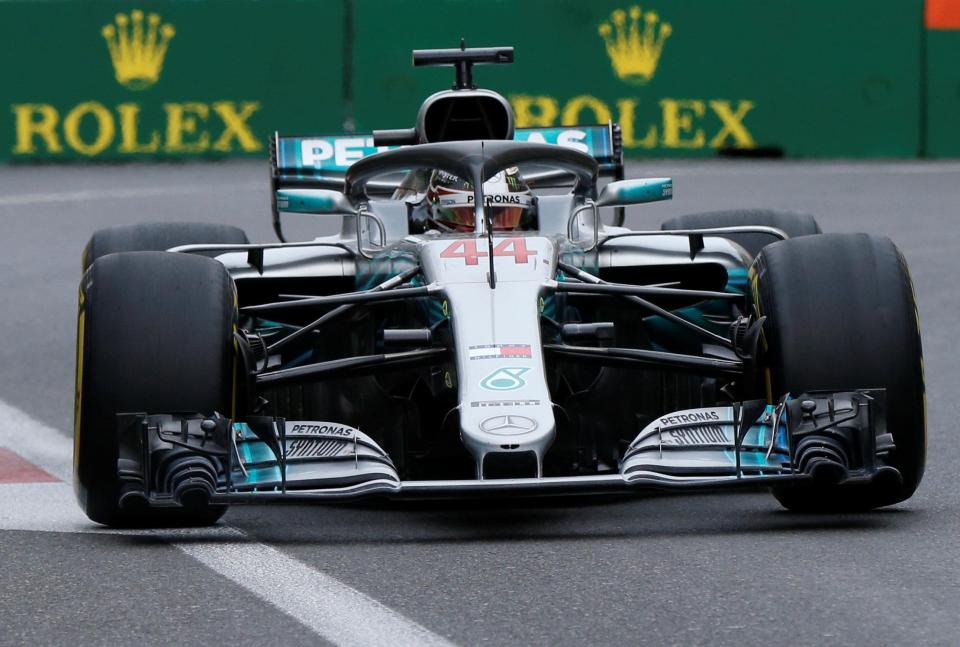 There was huge drama as race leader, Valtteri Bottas, suffered a puncture two laps from the end while Vettel, who led for the majority of the race, slid off while trying to overtake the Finn.

Red Bull duo Max Verstappen and Daniel Ricciardo also came to blows while Romain Grosjean crashed spectacularly behind the safety car in a day of carnage.

Hamilton could not believe his luck and said: "It was really quite an emotional race to be honest. Valtteri did such an exceptional job today and really deserved to have the win.

"It was really, really fortunate so it feels a little bit odd to be up on the podium, but I've got to take it. I didn't give up, I kept pushing." 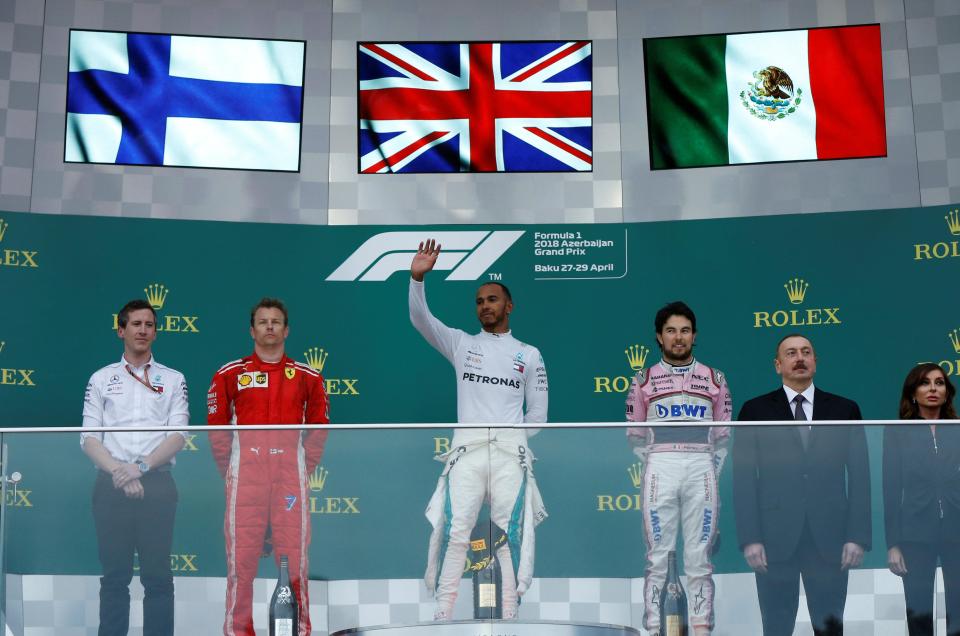 The Brit was almost embarrassed that his victory came in such circumstances and ended in heartbreak for Bottas, who retired from the race after striking a piece of debris.

Hamilton was running in third place when he criticised race director Charlie Whiting for sending out a flatbed truck to recover Grosjean's car instead of stopping the race.

The 33-year-old felt the sharp edges on the truck was too dangerous and radioed Whiting to complain.

Yet it was him that actually benefited from the safety car restart after Vettel overcooked it and lost a place to Hamilton.

And the Brit was handed the most unlikeliest of wins when Bottas retired and went from first to last place due to his puncture.

Hamilton added: "I have to be thankful and grateful because it is such a tricky race and you don't know what's going to happen.

"I came out in the lead and honestly I couldn't believe that I was where I was, that I had a Ferrari behind me and I was just praying that I could keep it together, stay focussed and bring it home.

"I have really mixed emotions. I did a good job in qualifying and put myself in a good position — but there were a lot of faults in the race, which is rare for me. 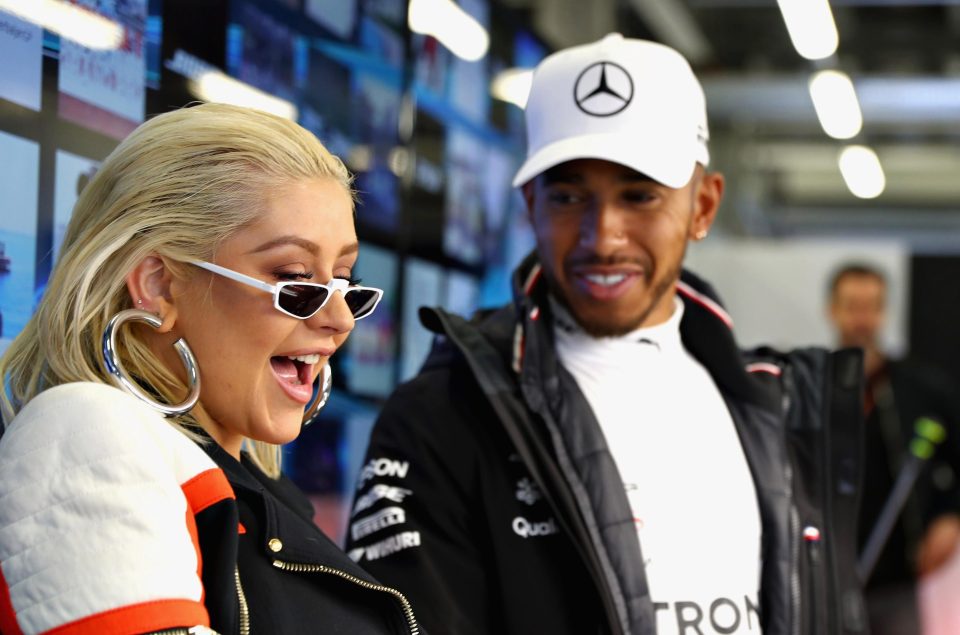 "I've definitely got to go away work even harder to make sure that there's not a repeat performance-wise."

Bottas could not hide his disappointment and was excused by his Mercedes team from his usual post-race media duties.

But before leaving the track he was quizzed about how he'd get over his latest disappointment and he said: "I'll maybe have 10 pints of beer and be fine!

"I'll get through it, it's part of racing but at the moment it's very painful. I had no idea I had run over anything, I didn't see or hear anything."

Meanwhile, Vettel, who had led the race until the safety car was deployed to clear up the two Red Bulls, admitted his gamble to pass Bottas cost him a podium as he finished behind his teammate Kimi Raikkonen and Force India's Sergio Perez, who was third.

He said: "I'm happy that I tried to overtake, I'm not happy that it didn't work, but I have to try." 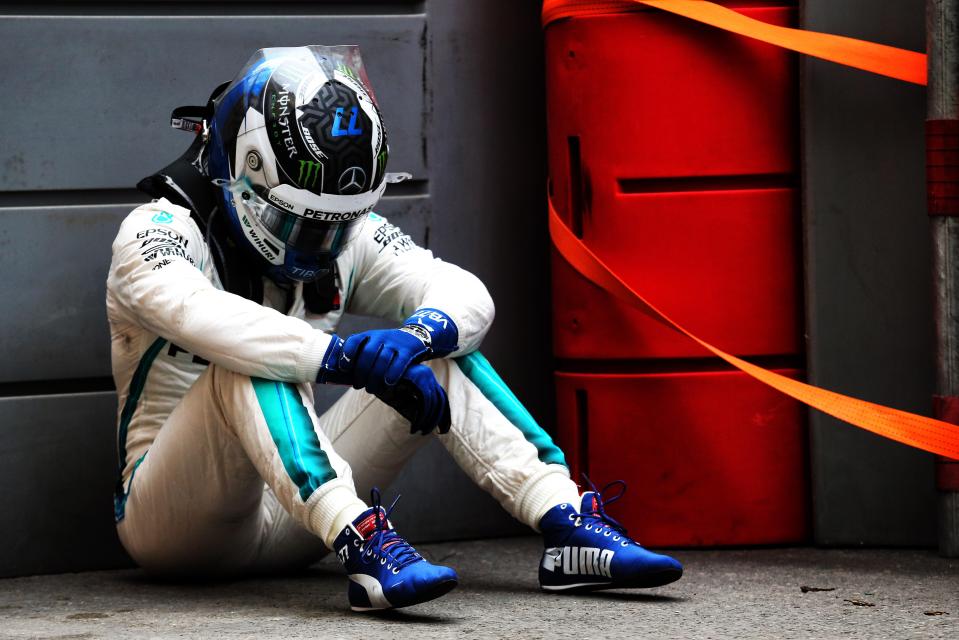 Driver of the Day: Charles Leclerc the Sauber driver battled his way to sixth place after starting in 13th.

Move of the Race: Daniel Ricciardo pulled off a great overtake on Max Verstappen on Lap 35 into T1. But then crashed into him five laps later.

Mistake of the Race: Romain Grosjean was left red-faced after crashing into the wall behind the safety car.

Milkfloat: Kevin Magnussen had a poor race in his Haas after coming home in 13th place.

Topspeed: 205mph was clocked by the speed trap in his Renault.

Where Next? Spanish GP, May 13th