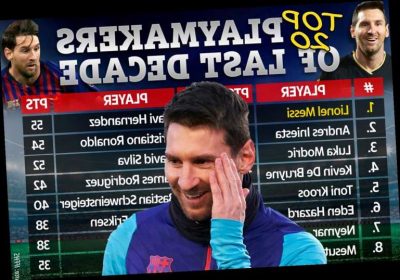 LIONEL MESSI is top of the pile yet again after being crowned the best playmaker of the last decade.

The six-time Ballon d'Or winner tops a list of fellow star-studded names including his former team-mate Andres Iniesta and way ahead of old rival Cristiano Ronaldo. 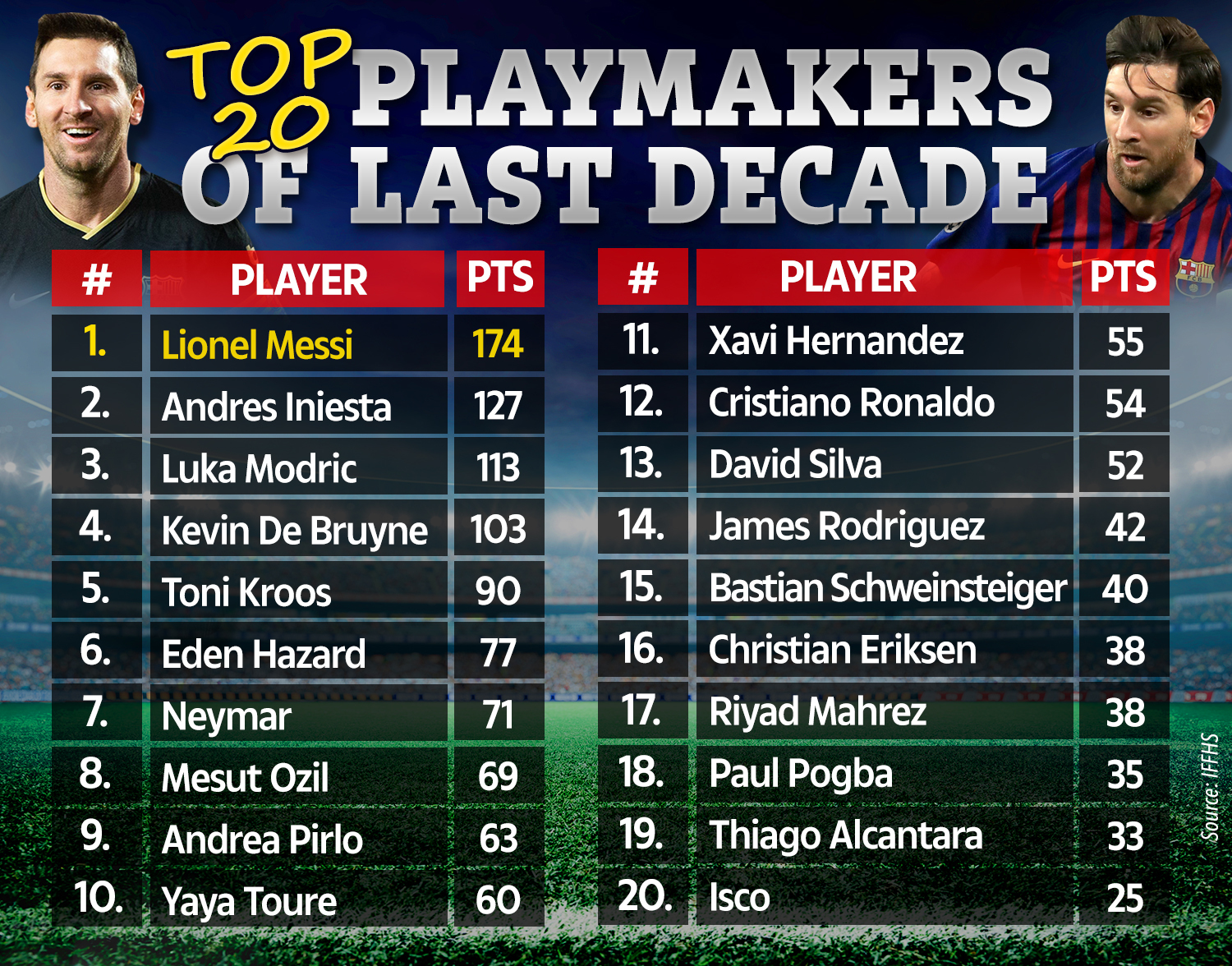 According to data provided by The International Federation of Football History & Statistics (IFFHS), they determine the top playmakers on a points system.

He boasted a staggering 21 league assists last season which was eight more than the previous campaign.

According to the IFFHS, 20 points are awarded for first place, 19 second, 18 for third and so on.

Behind Messi, who has 174 points, is Barcelona legend Iniesta with 127.

The 36-year-old made 674 appearances for Barca and is currently enjoying the twilight of his career at Japanese side Vissel Kobe.

It is no surprise to see Luka Modric, who won the Ballon d'Or in 2018, to round up the top three. 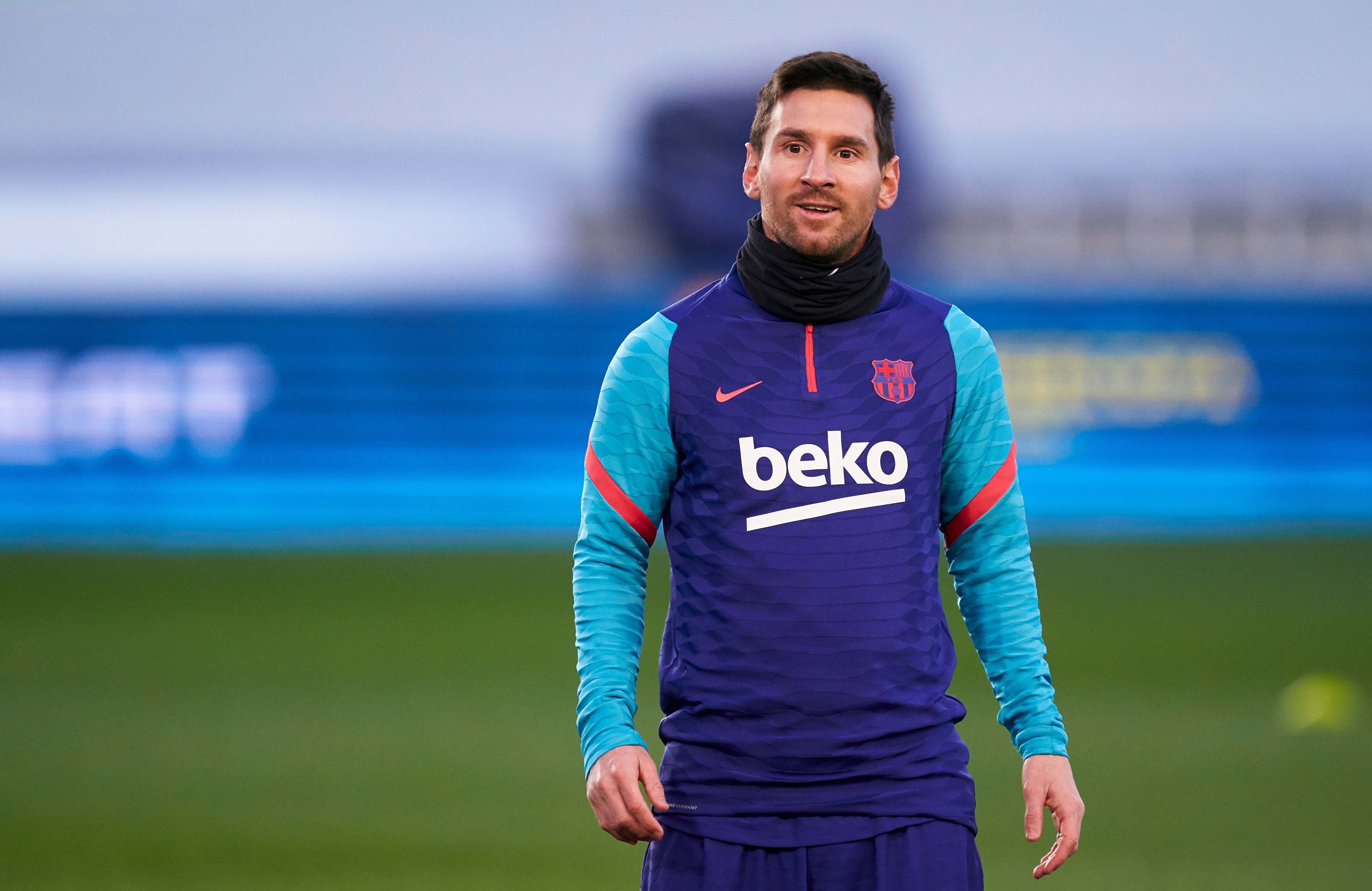 Arsenal, who lacked creativity in their 0-0 draw with Crystal Palace on Thursday, could have done with Mesut Ozil to unlock the defence.

The German No10, who achieved 19 assists in the 2015/16 season, sits eighth in the list behind Neymar while Ronaldo is all the way down in 12th.