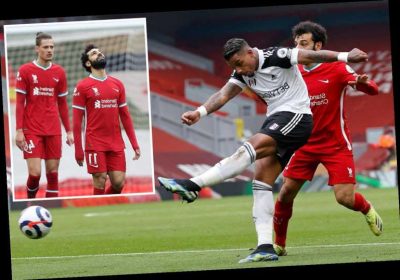 Another game at Anfield. Another home defeat for the champions.

And the most embarrassing aspect of this shocking spell in the history of Liverpool that this result was not even a surprise. 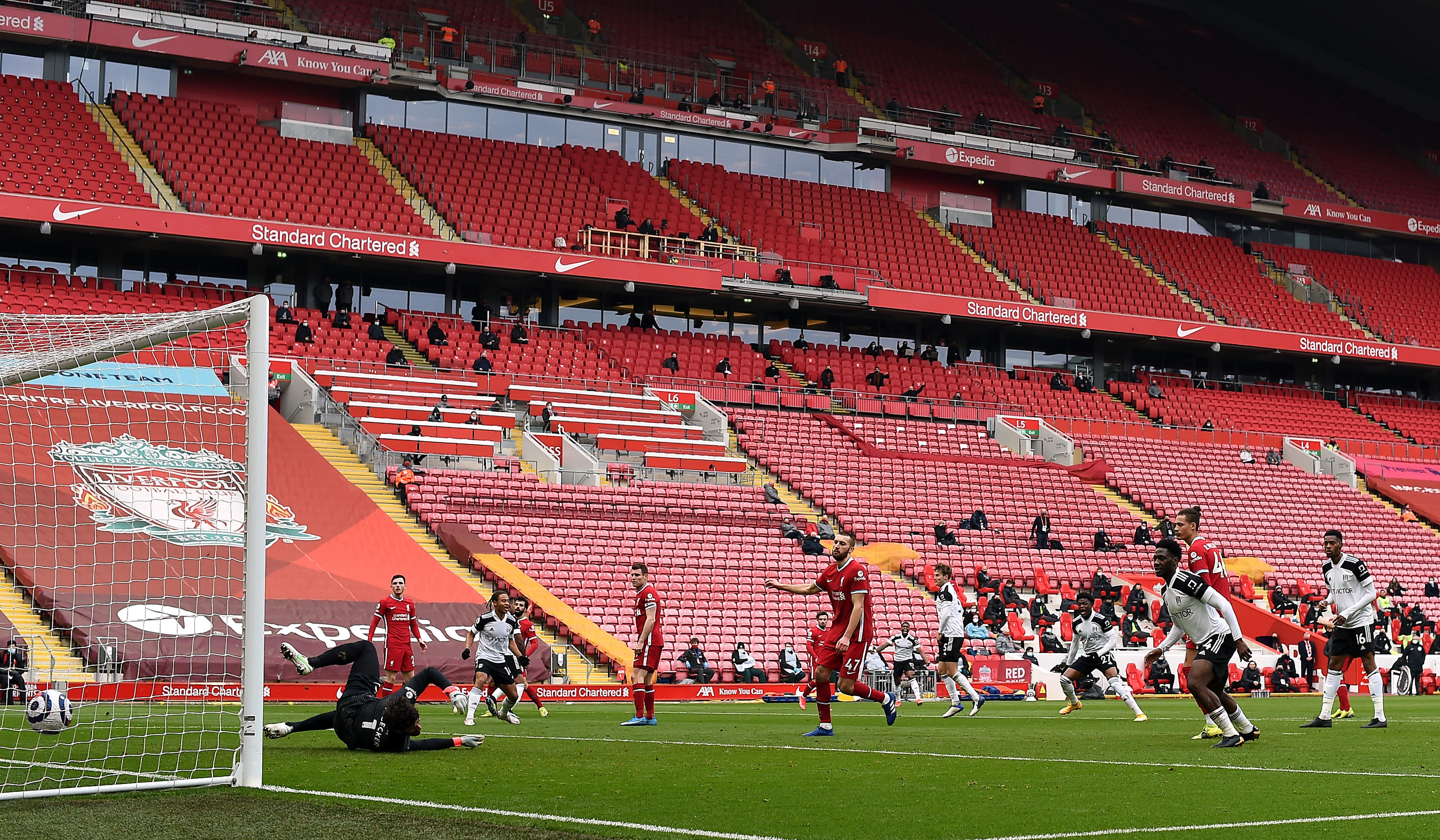 Mario Lemina struck the winner for Fulham just before half-time to give yet another massive boost for the club’s survival bid.

Incredibly, it was Liverpool’s SIXTH successive home loss in a row.

Since Christmas Day, Fulham have picked up 15 Premier League points to Liverpool’s 12.

The Reds had a few chances in the second half but in truth, Scott Parker’s team, who have improved remarkably, more than deserved the points.

Fulham, who looked down and out at one stage, now look to have a decent chance of staying up.

On current form, you would have them in the top-flight next season.

Since losing at Manchester City on December 5, Fulham are now unbeaten in EIGHT away games

On the day club legend Steven Gerrard became a title winner as a manager in Scotland, Liverpool continued their embarrassing defence of the Premier League.

Incredibly, Liverpool have only scored a first half goal in just one of their 13 Premier League games.

And that solitary strike was just one of 83 first half shots in that torrid spell.

Manager Jurgen Klopp reacted to the 1-0 loss to Chelsea on Thursday by making SEVEN changes.

Fit-again Diogo Jota started in the Premier League for the first time since November 28 but Sadio Mane dropped to the bench and there was no Roberto Firmino in the 20. 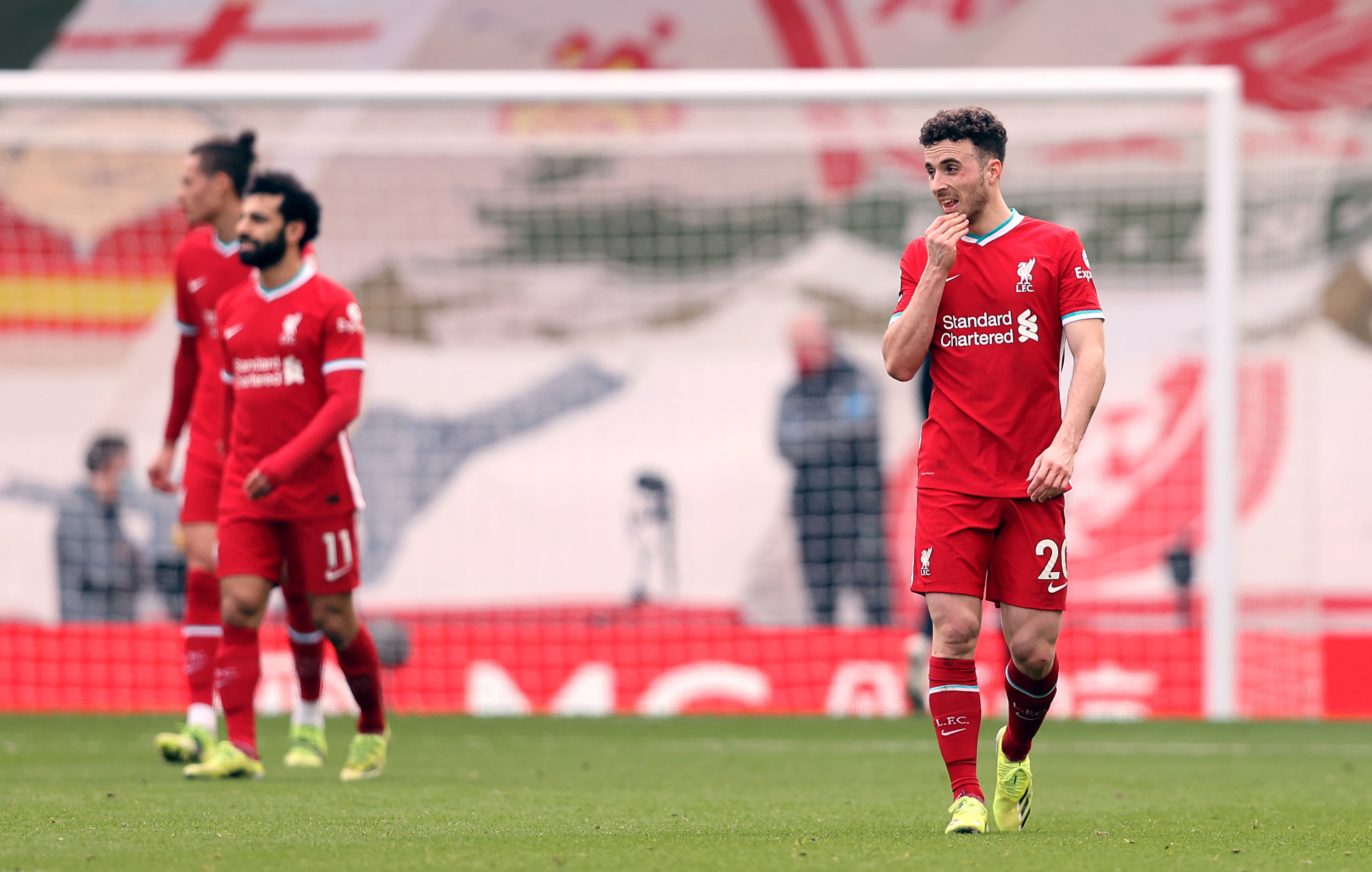 Trent Alexander-Arnold, Curtis Jones, Thiago and Fabinho also drop to the bench as James Milner returned to captain the side.

The defence certainly looked weak. Andy Robertson had 119 Premier League starts although Neco Williams, Rhys Williams and Nat Phillips went into the game with just 12 between them.

Fulham will have liked the look of their opponents’ team sheet and they were the better team in the first half and were adventurous throughout.

Josh Maja scooped a volley over the bar and Ademola Lookman looked a danger out on the left and gave right-back Neco WIlliams a torrid time. He had one terrific chance when he raced clear but his shot was deflected over by Williams. 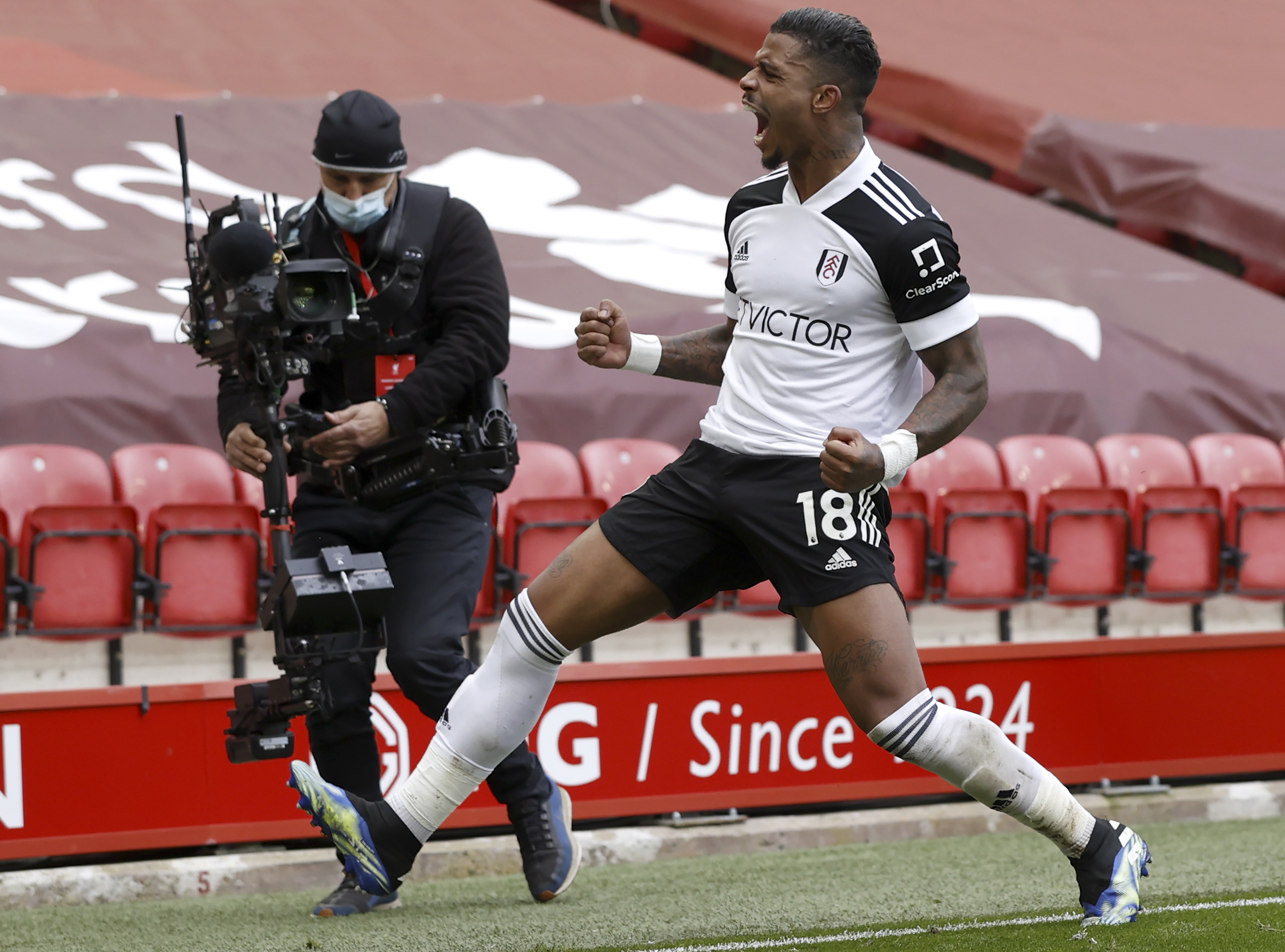 Salah, unimpressed at being substituted against Chelsea, looked sharp and was Liverpool’s best outlet but that is not saying much.

Parker had looked frustrated with some of his team’s crossing but he cheered up just before the break.

Ivan Cavaleiro’s free-kick was headed away by Robertson but Salah was caught in possession on the edge of the box. He was overpowered by Lemina who drilled a shot into the far corner.

It was no more than Fulham deserved but at the start of the season half, keeper Alphonse Areola was forced into a decent save to keep out a volley from Jota.

Sub Sadio Mane sent a lopping header against the post but the big onslaught never arrived.

Liverpool are in a mess. Fulham are flying.