The Liverpool forward had scored in his last SEVEN games but showed that even he is human with an early miss at Anfield. 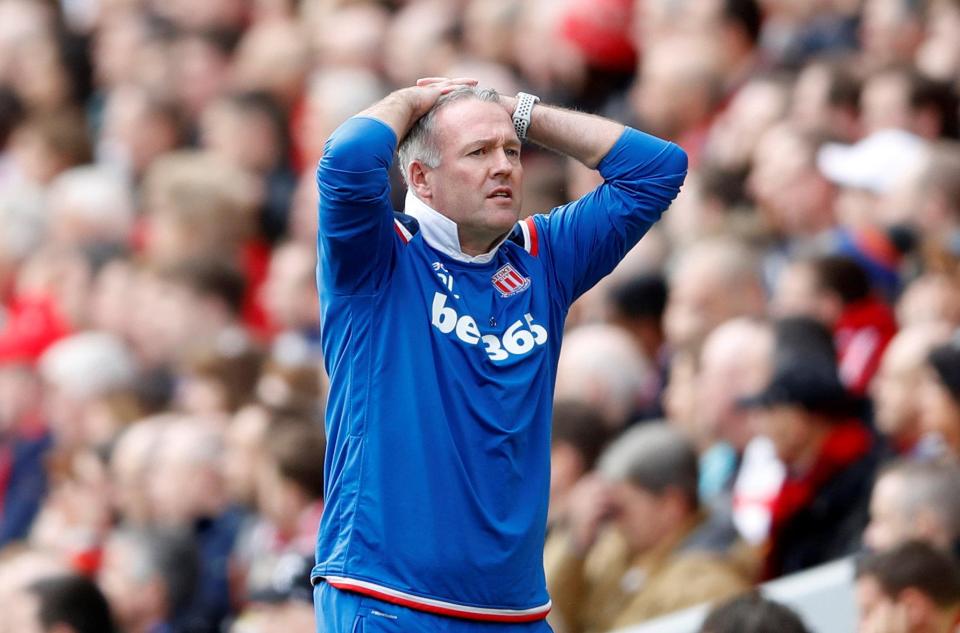 Paul Lambert gets the sinking feeling as his side miss out on a much needed win in their fight to avoid the drop Salah raced through with sixth minutes gone and looked to have beaten Jack Butland – but chipped his finish wide.

And the rest of the clash was also frustrating for Jurgen Klopp’s men as they failed to produce a morale-boosting goal-fest ahead of this week’s Champions League semi-final against Roma.

They will be through to the final in Kiev if they keep a clean sheet in Italy like they did against Paul Lambert’s men. 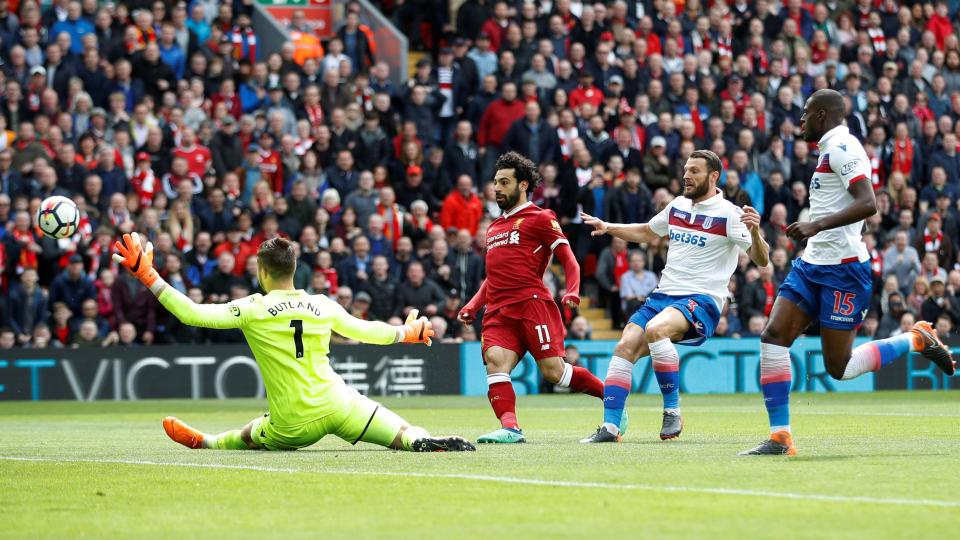 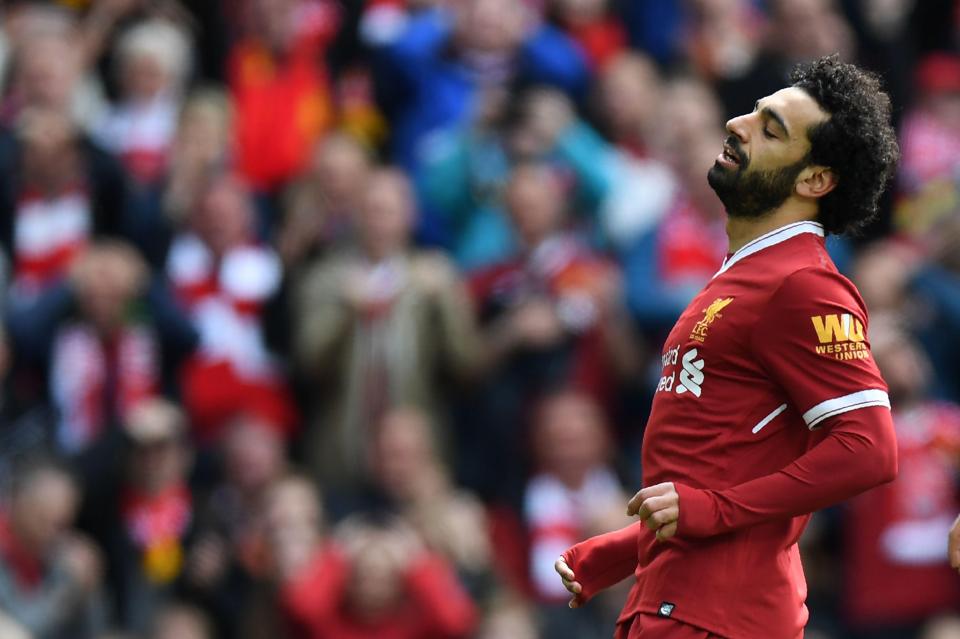 It should have been so much more for them but ended up being a flat performance that Klopp feared from a lunchtime kick-off.

Trent Alexander-Arnold also had a glorious chance to beat Butland when Salah sent him through – but the England keeper bravely blocked. 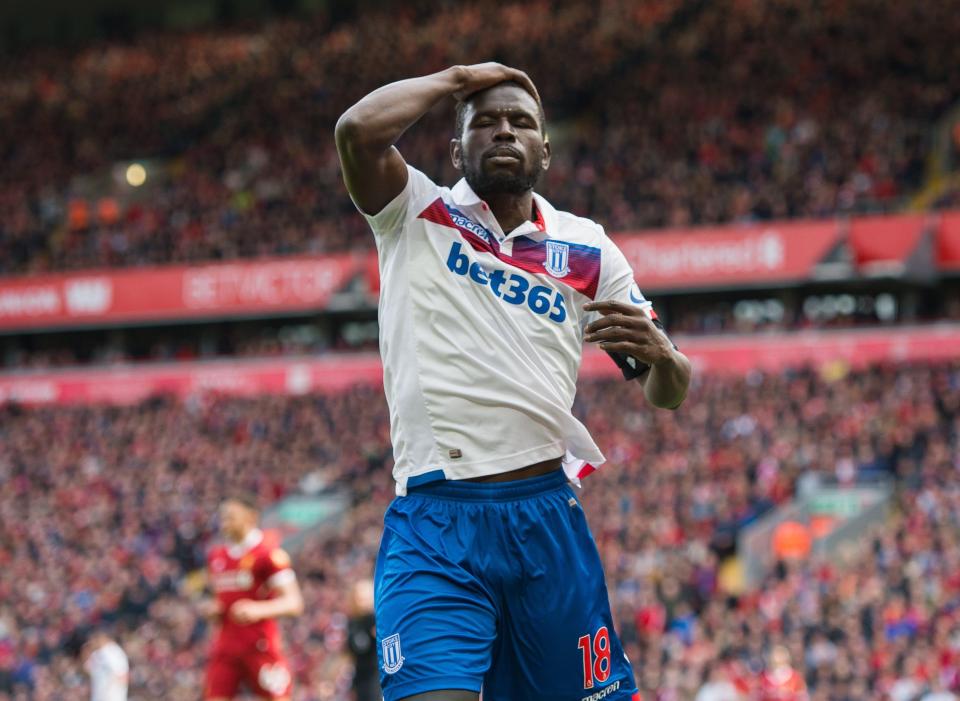 And Stoke were always a threat on the counter-attack with Mame Diouf planting a header wide with their best chance.

And in the dying minutes they again saw another chance go begging when Ryan Shawcross just failed to turn home from Diouf's header across goal.

Stoke desperately need wins to avoid relegation but it was a performance that says they are still clinging onto their hope of survival.