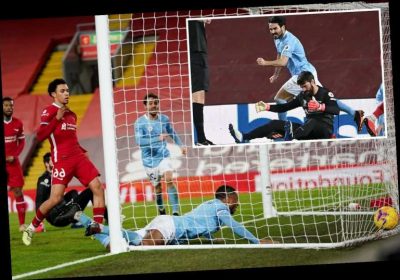 WELL, he really can give his first team a fortnight off now, Pep Guardiola. 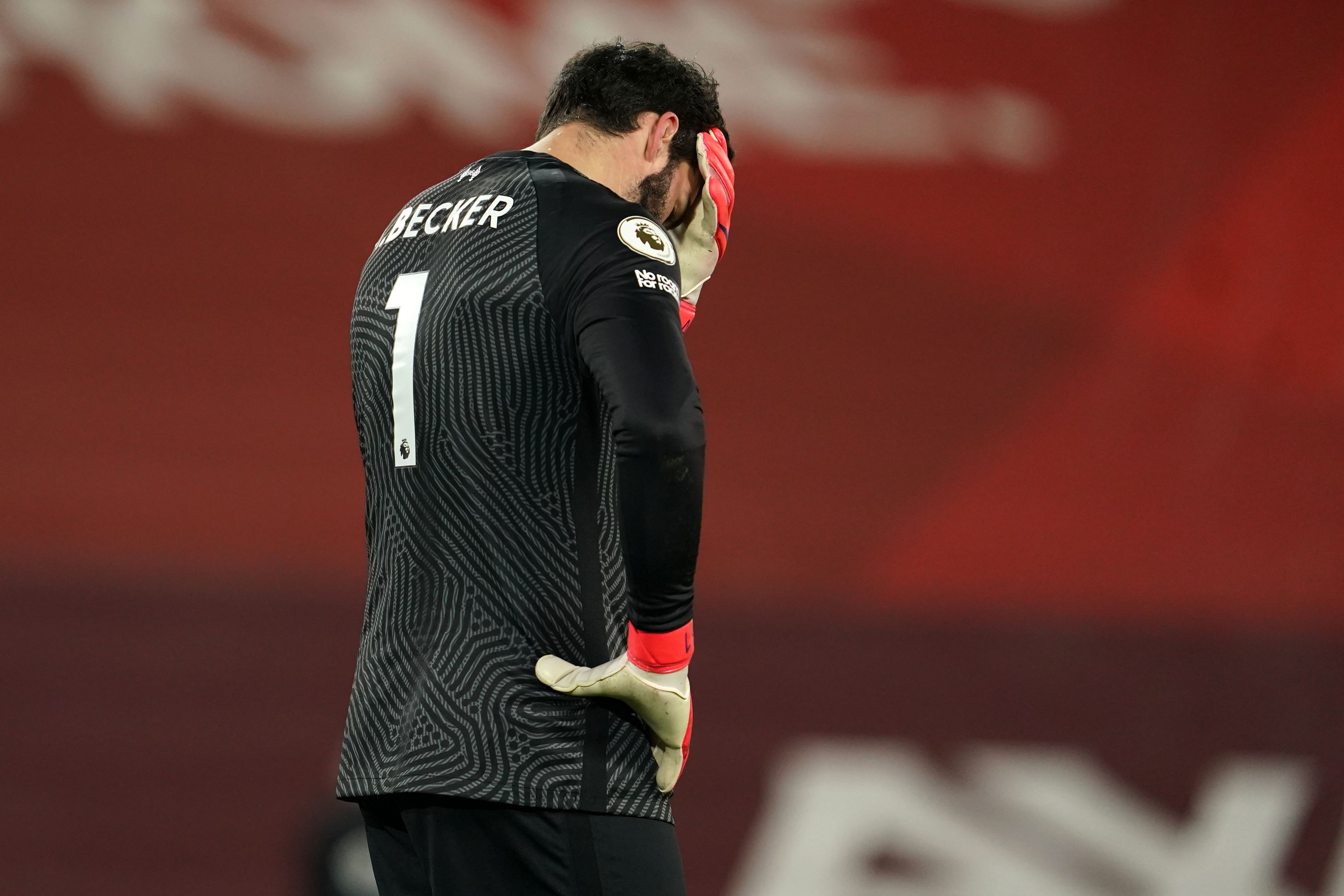 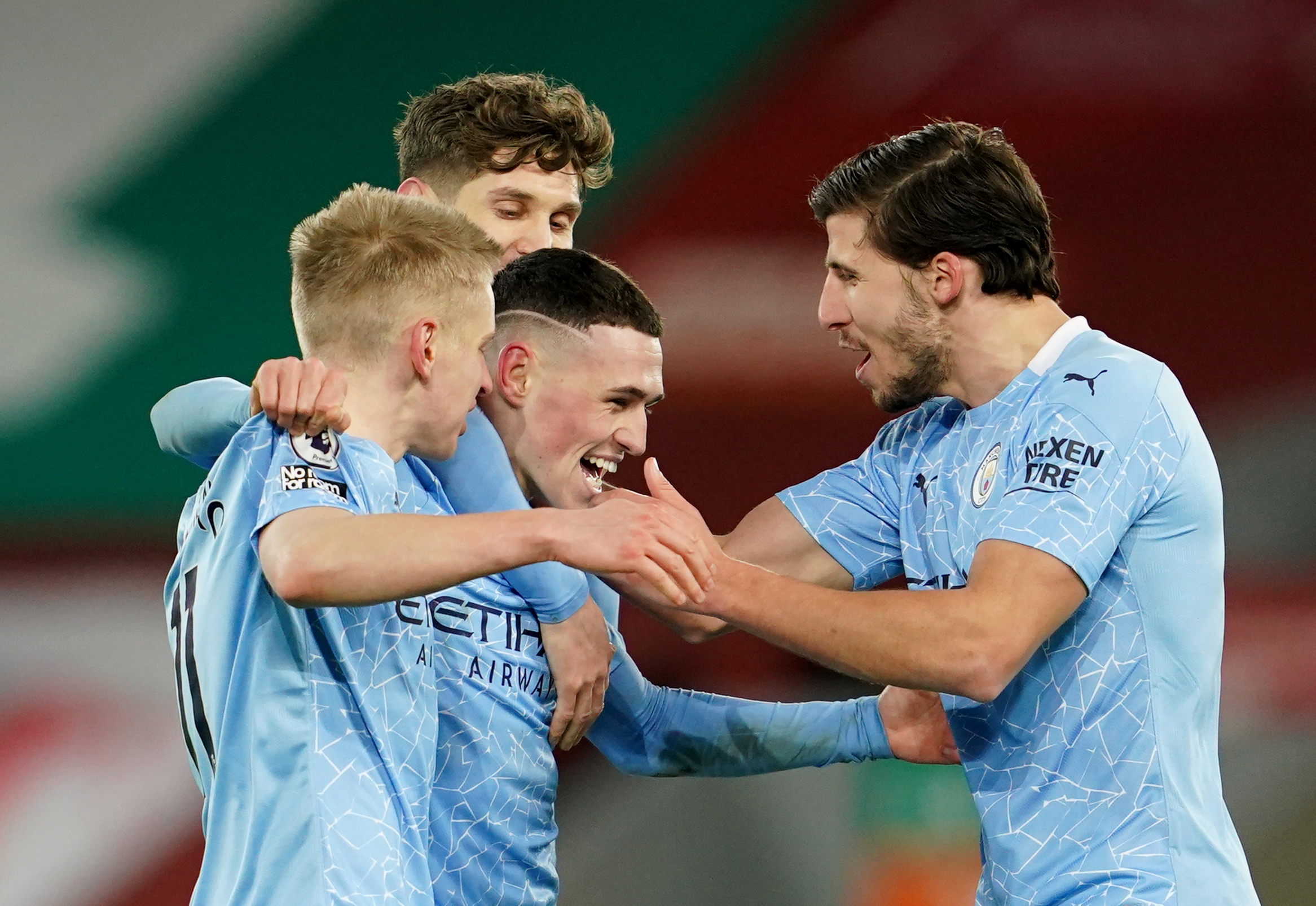 The Brazilian twice botched clearances in the space of three minutes – both leading to City goals – as Ilkay Gundogan atoned for a first-half penalty miss with a second-half double and Raheem Sterling nodded the killer third.

The outstanding Phil Foden crashed home a fourth as Liverpool lost three home league games in a row for the first time since 1963 – directly after a 68-match unbeaten run at Anfield had been halted.

The Reds’ title defence is now surely over, as they fell ten points adrift with this horror show.

Only Manchester United now have a realistic chance of stopping their crosstown rivals – and they are five points behind having played a game more.

Pep Guardiola had been angered by Jurgen Klopp’s baffling pre match claim that City had enjoyed a two-week break because of Covid.

The City boss had hammered his Liverpool counterpart for making excuses.

But there could be no excuses for this thumping as Guardiola’s men rattled up a 14th consecutive victory.

While Liverpool’s defensive injury crisis has been a key plotline in this Premier League season, City had been quietly chalking up victories without their best player, Kevin De Bruyne, and their most potent finisher, Sergio Aguero. 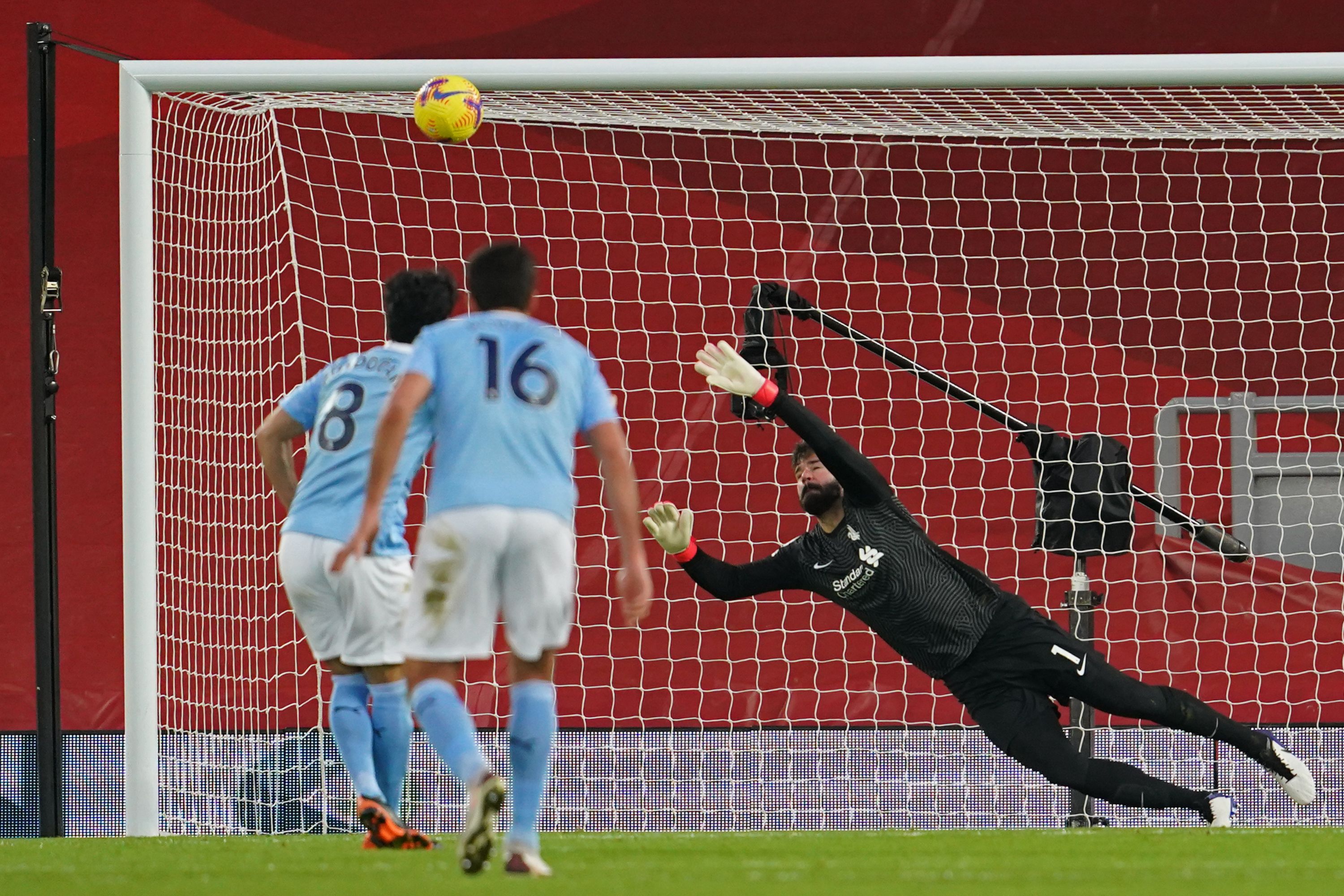 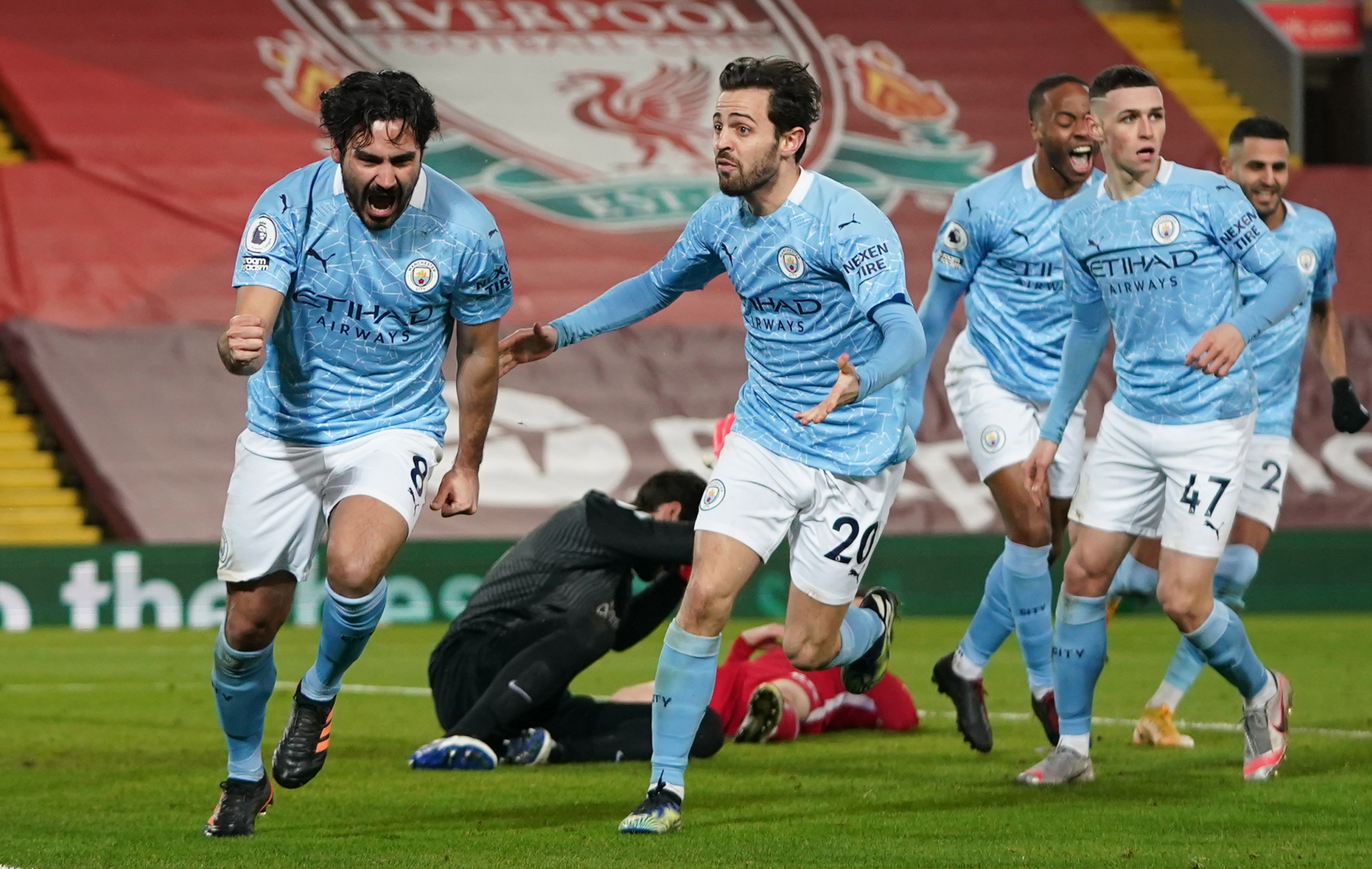 As he often does for these red-letter fixtures, Guardiola went without a specialist centre-forward, Gabriel Jesus left on the bench with Phil Foden as his ‘false nine’.

Klopp welcomed back Sadio Mane, keeper Allison and Fabinho, who joined his fellow midfield man Jordan Henderson in central defence – the Liverpool boss opting against starting either of his new recruits, Ozan Kabak and Ben Davies.

Thiago Alcantara, fast earning a reputation as one of the Premier
League’s worst tacklers, was booked for a horrible late one on
Gundogan.

Like the vast majority of matches between the ‘big six’ this season – there have been five goalless draws and two more without a goal from open play – the first half was as cagey as Whipsnade Zoo. 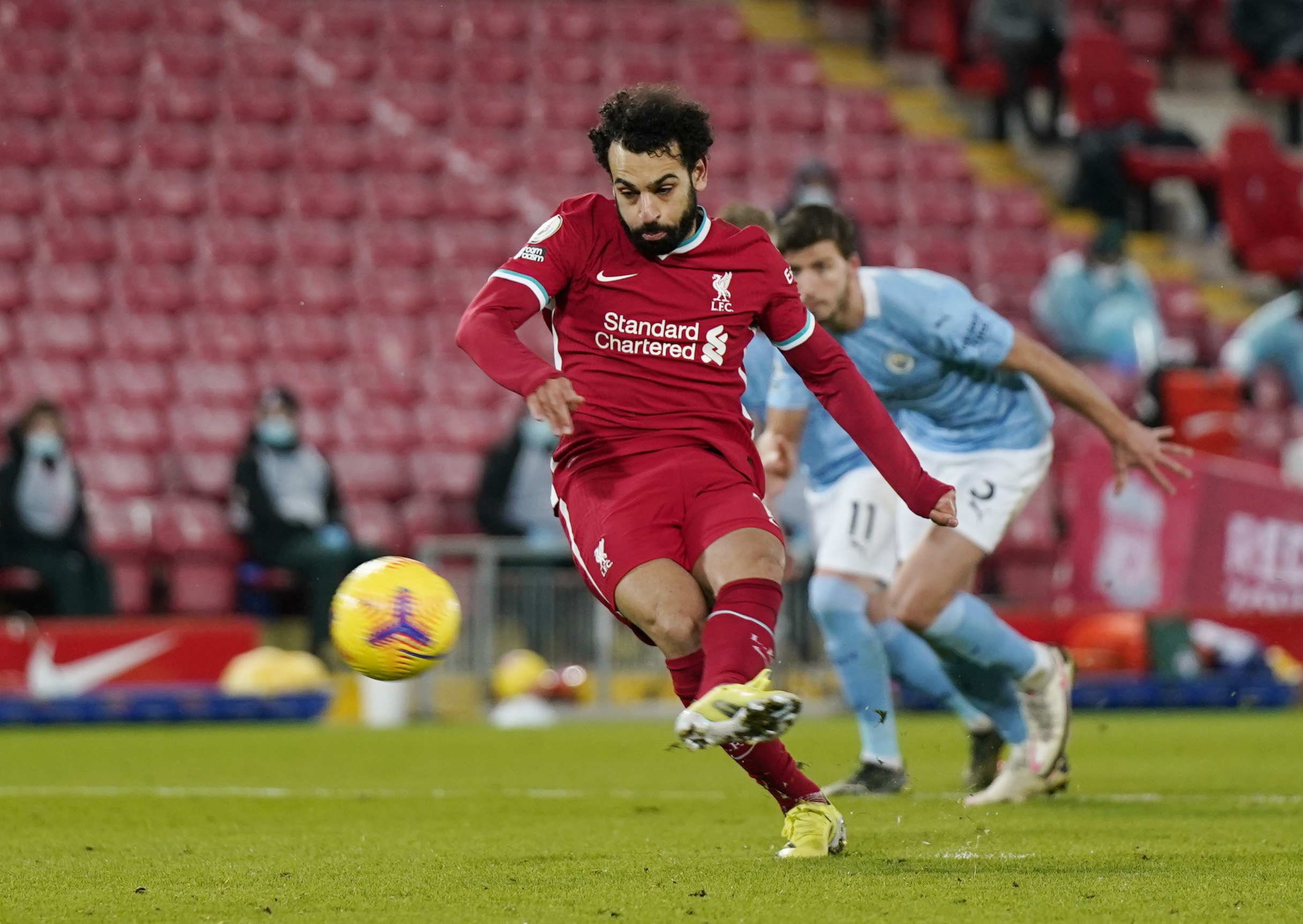 It took 24 minutes for either side to create a clear chance, when
Trent Alexander-Arnold skewered Oleksandr Zinchenko and centred for Sadio Mane to head over.

Even with the doors locked, City seemed intimidated by their
surroundings, totally unable to strike up their usual rhythm and
tempo. 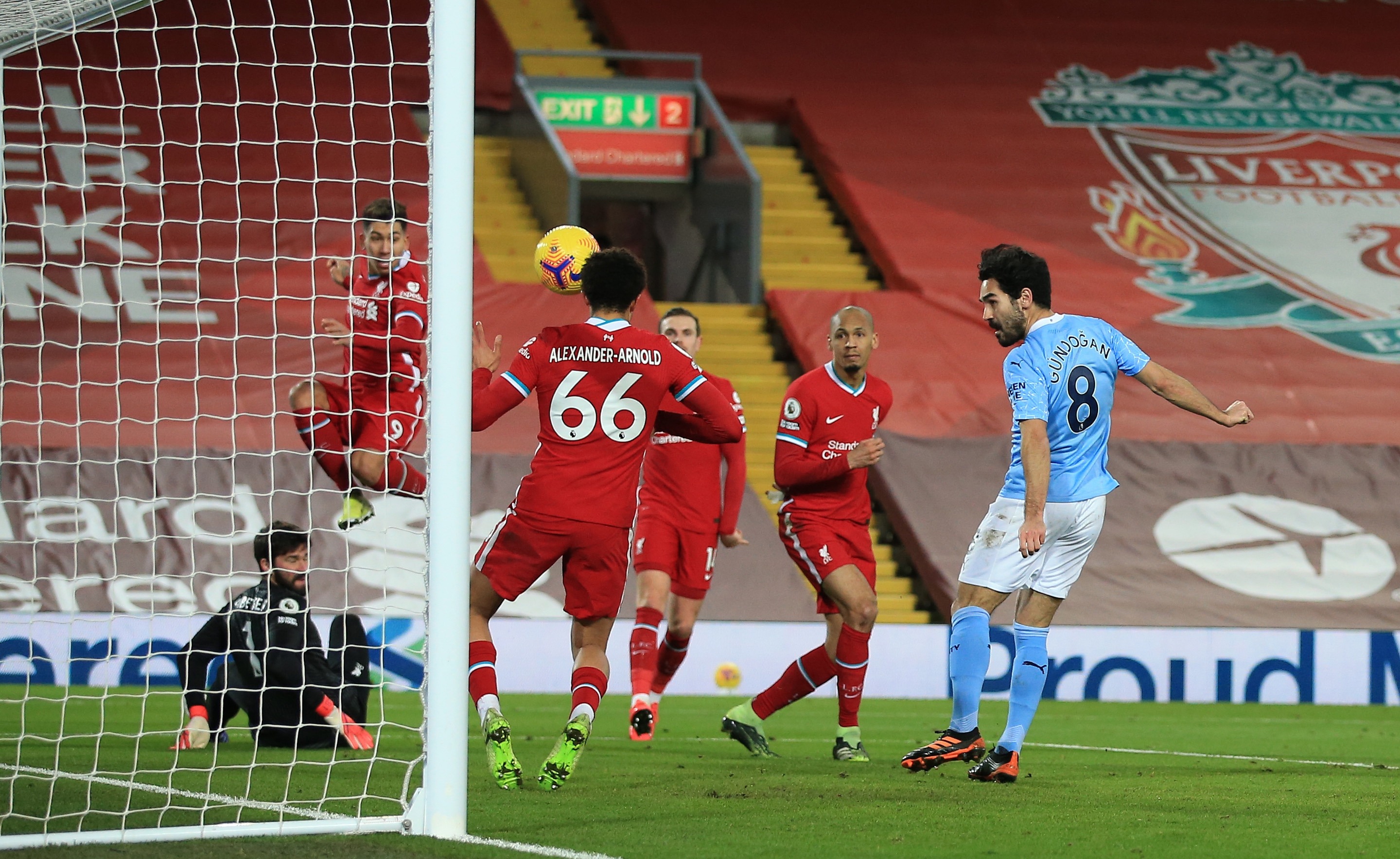 As Liverpool’s confidence grew, Roberto Firmino had a snap-shot pushed over by Ederson.

City had hardly put a decent attack together before they earned their 37th-minute penalty, Sterling slipping between Alexander-Arnold and Thiago and gladly accepting the trailing leg of Fabinho.

Gundogan ought to have been full of confidence with seven goals in his last 12 games but he stepped up and skied it.

It was the eighth Premier League penalty City had missed since the start of last season – Aguero, Jesus, De Bruyne and Sterling had also been guilty. 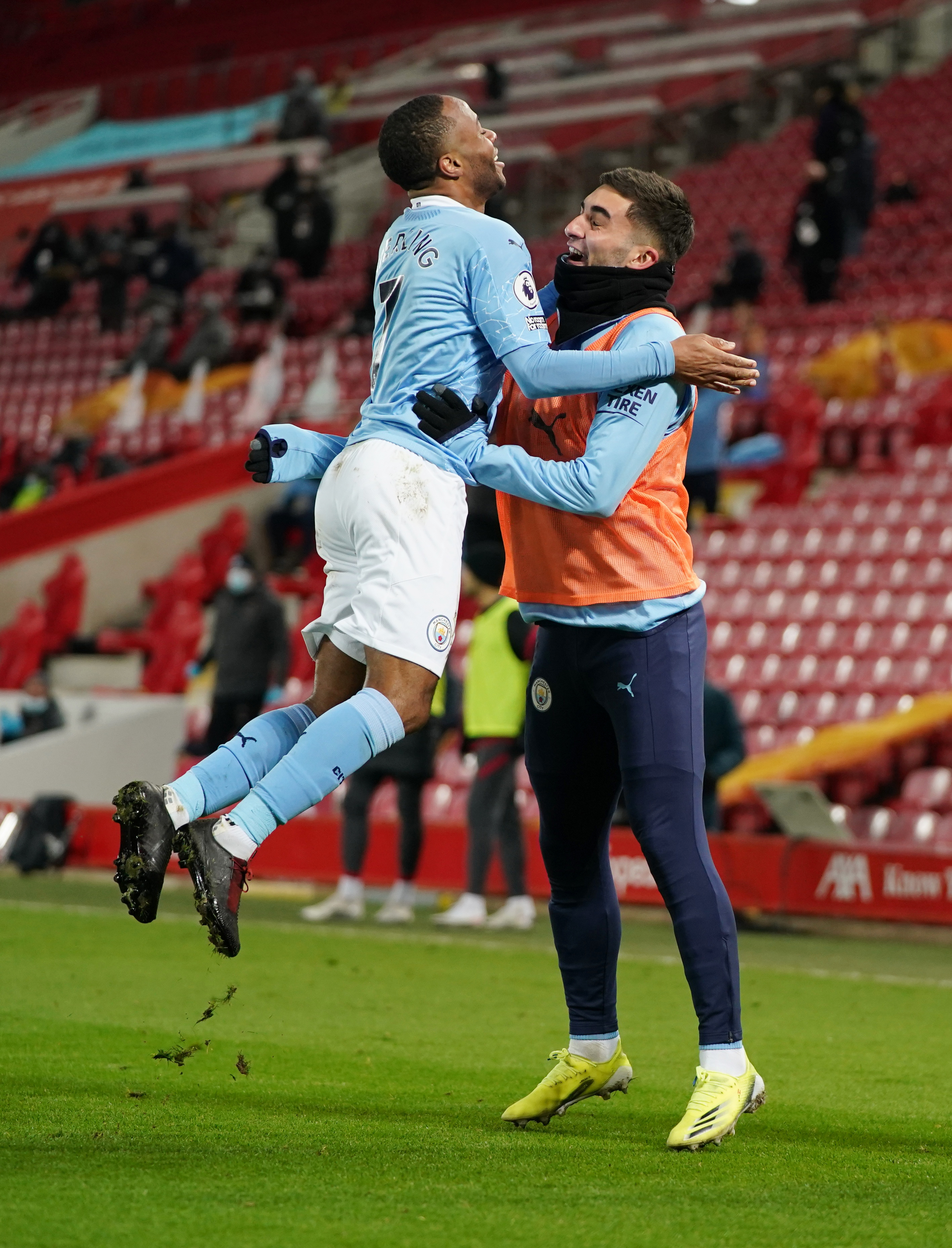 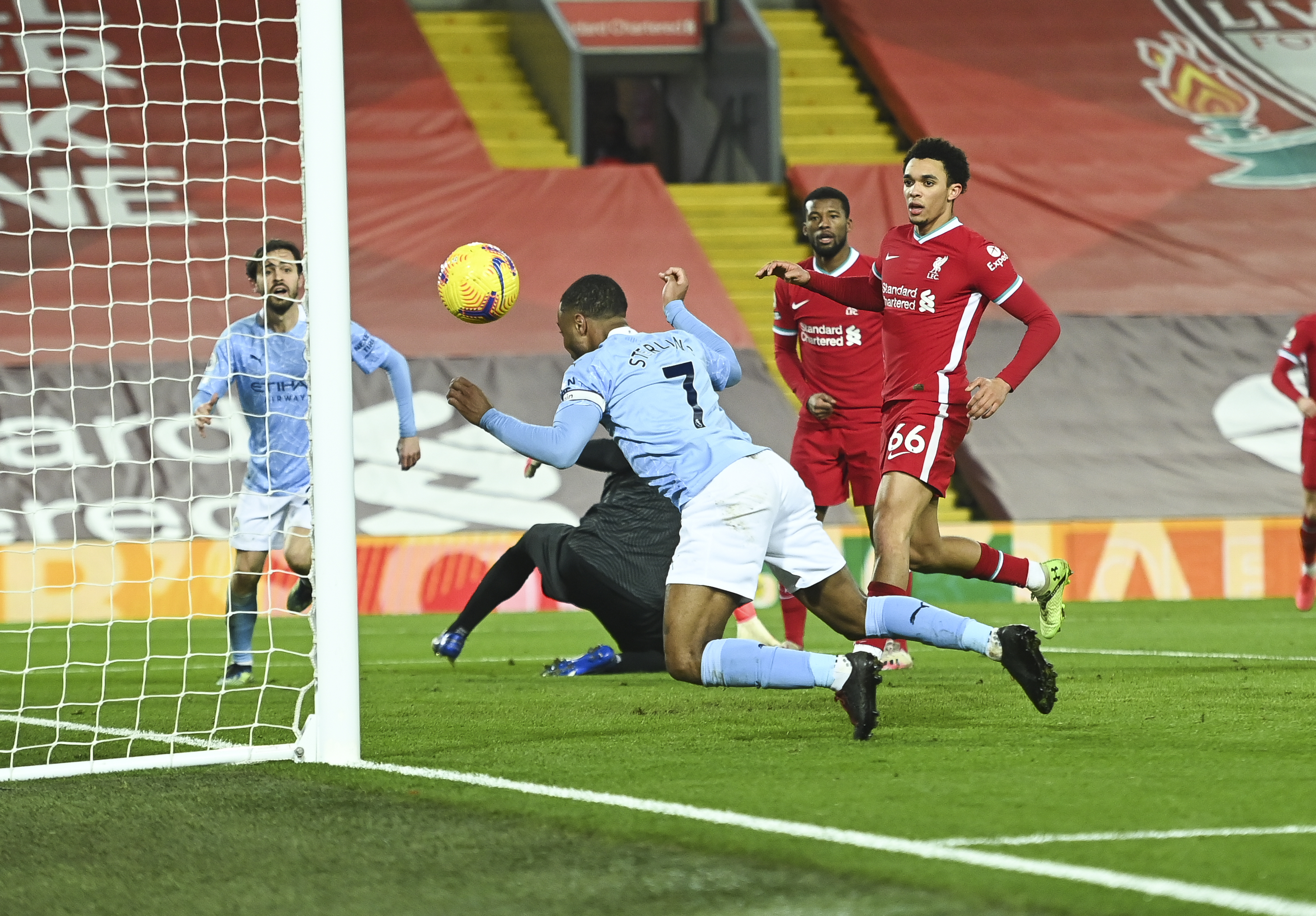 Liverpool had been the better side but Guardiola sent out his side for the second half with a rocket up their jacksies.

Foden was bluebottling away at the Liverpool defence, exchanging
passes with Sterling and having a shot pushed out by Allison, with
Gundogan snapping up the afters and hammering in from close range to atone himself.

Yet Liverpool continued to cause aggro – Curtis Jones cutting in from left and having a shot deflected wide. 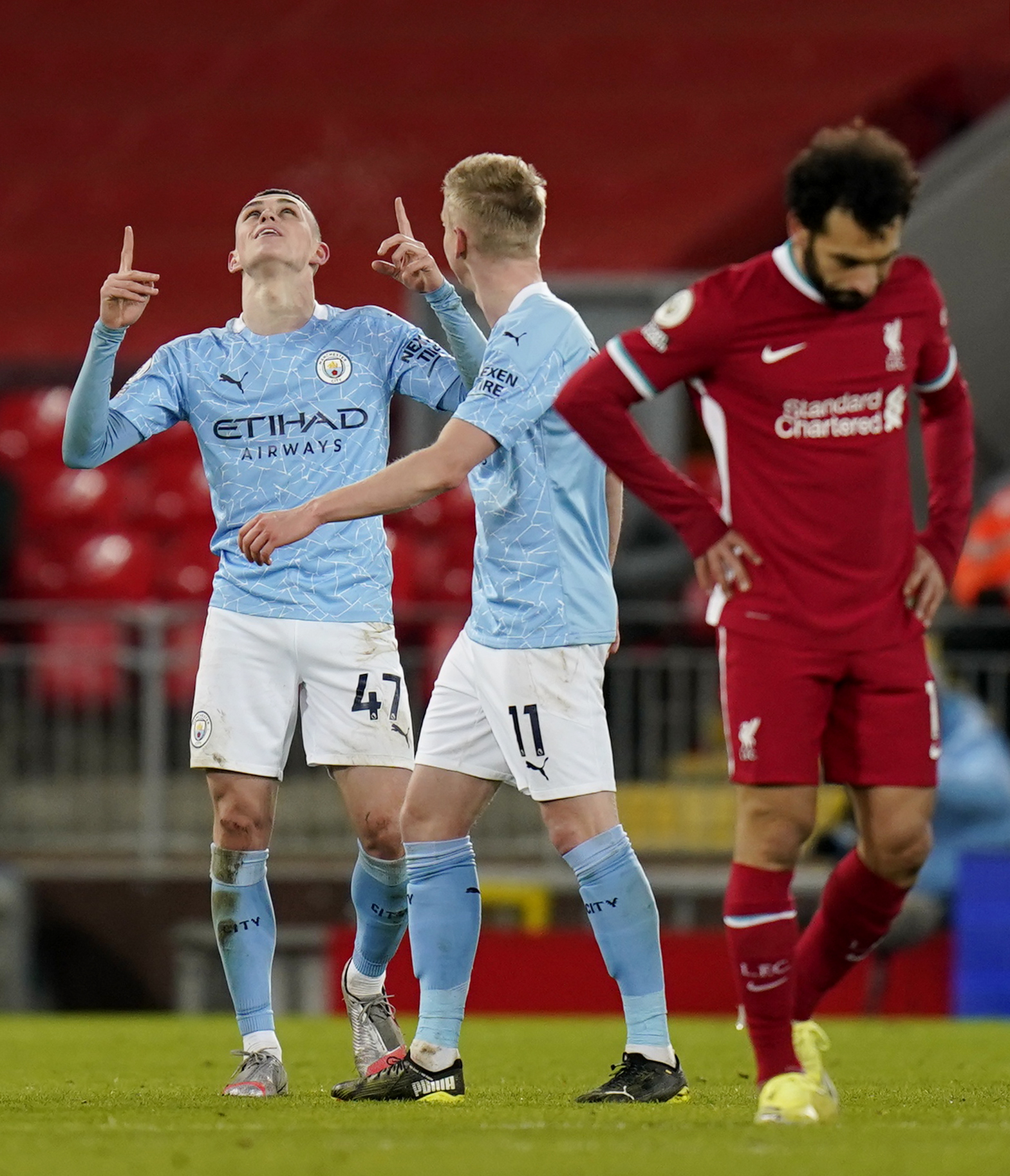 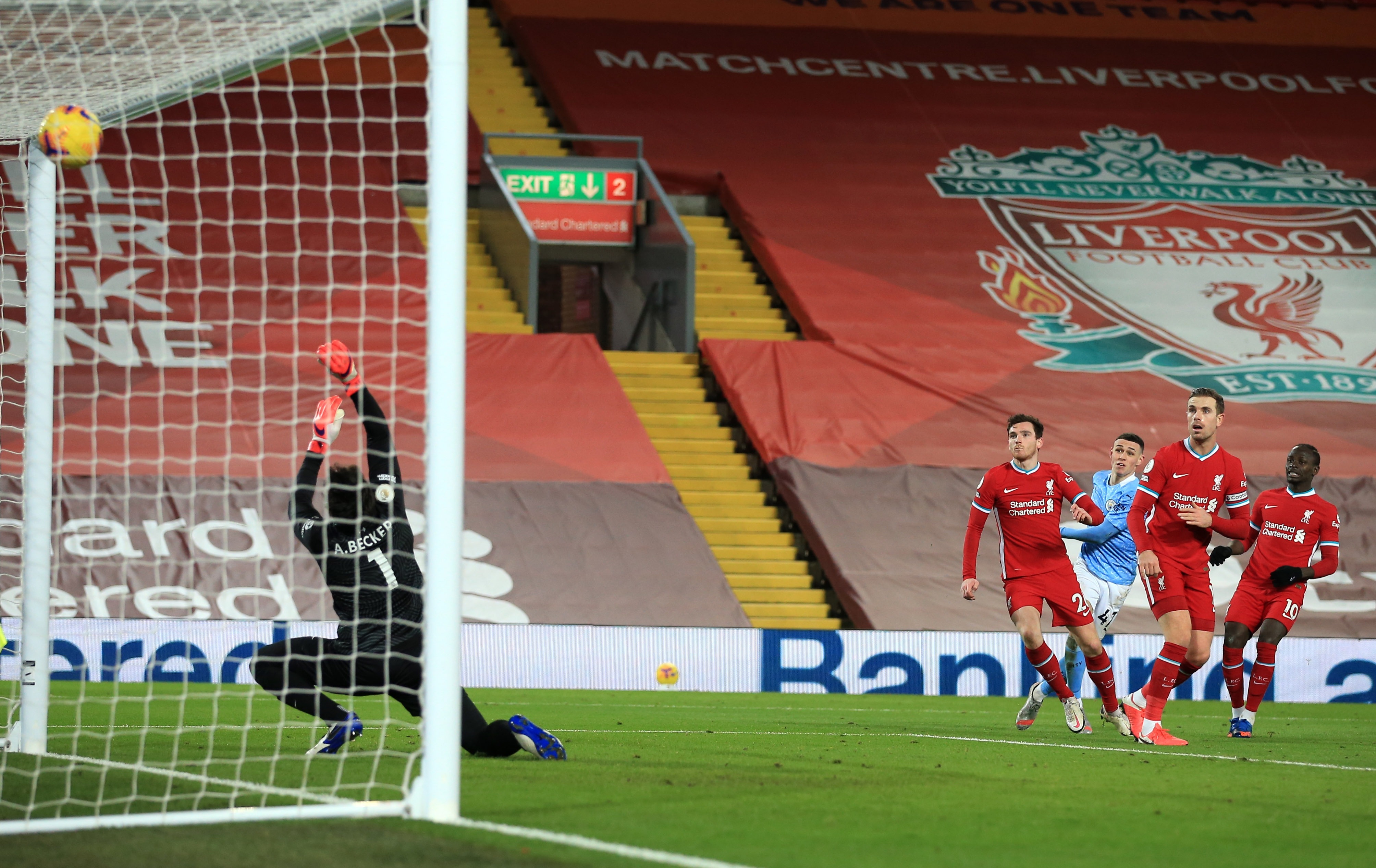 Then, the equaliser, on 63 minutes, a ball over the top from
Alexander-Arnold, misjudged by Ruben Dias, who allowed Salah to slip in behind him, then tugged at his arm and invited a tumble.

Salah thumped into the roof of the net – the Egyptian has scored all
seven of his spot-kicks this season, which is one aspect of the game
where the Reds are still head-and-shoulders above City.

Fabinho was booked for dragging down Foden and, from the free-kick, the England youngster centred, Stones poking in but being narrowly ruled out for offside.

Then a chaotic sequence of play which saw Allison botch two clearances the second one falling straight to Foden, who darted past Henderson and cut back for Gundogan, who gratefully snapped up the chance.

And within three minutes, Allison was at it again, passing straight to Bernardo who pounced on the error, lifting the ball over the calamity keeper for Sterling to nod home at the far post.

Then came Foden’s moment as he accepted a diagonal pass from sub Jesus, cut inside from the right and rammed it into the roof of the net, through the gloves of poor old Allison.