Around 5,000 supporters are travelling to the Italian capital to see whether Jurgen Klopp's side can hold onto their 5-2 first leg advantage. 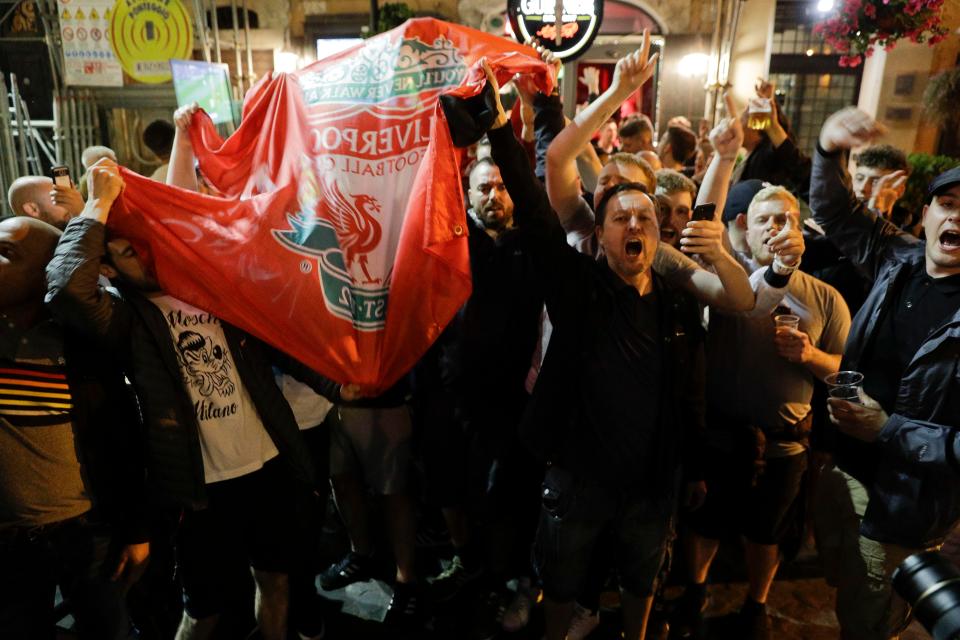 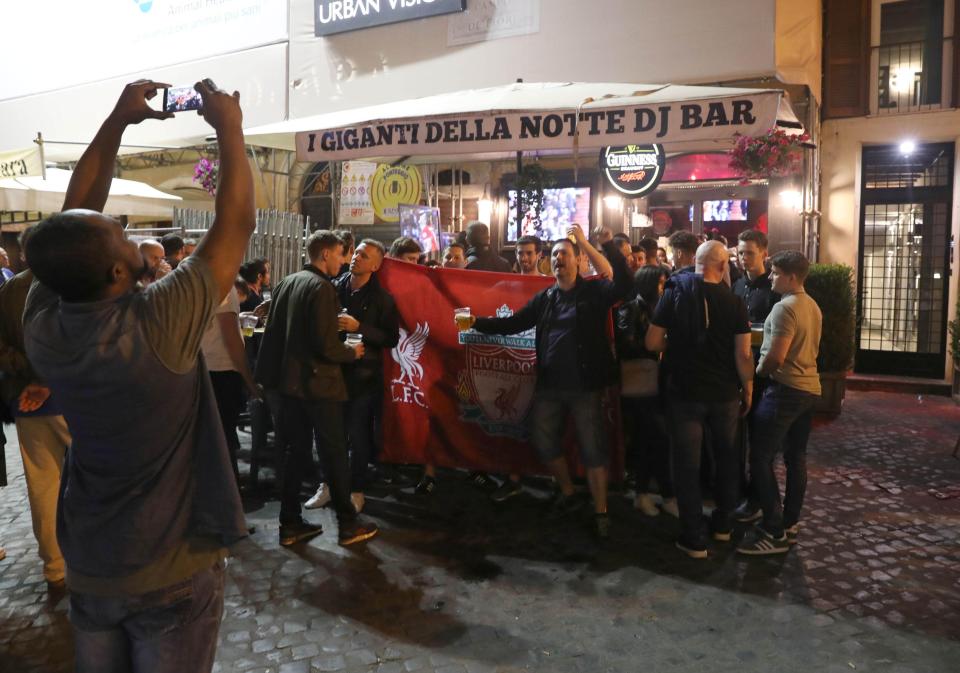 And they appear to be in confident spirits as they descended on the historical Campo de' Fiori square on Tuesday.

Police were present to keep the peace in the Italian capital after violence outside Anfield in the first leg.

'THIS IS ACHIEVABLE' Roma confident Liverpool comeback can be done

Those travelling were warned that drinking alcohol on the streets of Rome will be prohibited and to avoid hanging banners or scarves on monuments of national importance such as foundations and statues.

That advice came with security fears high following the attack on Liverpool supporter Sean Cox outside of Anfield last week by Roma Ultras, leaving the 53-year-old in an induced coma. 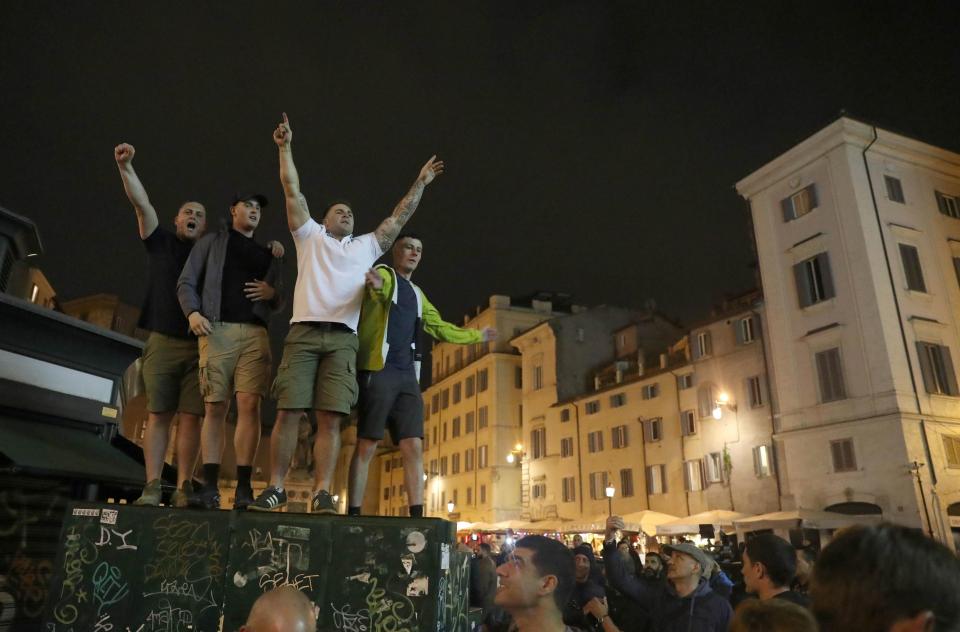 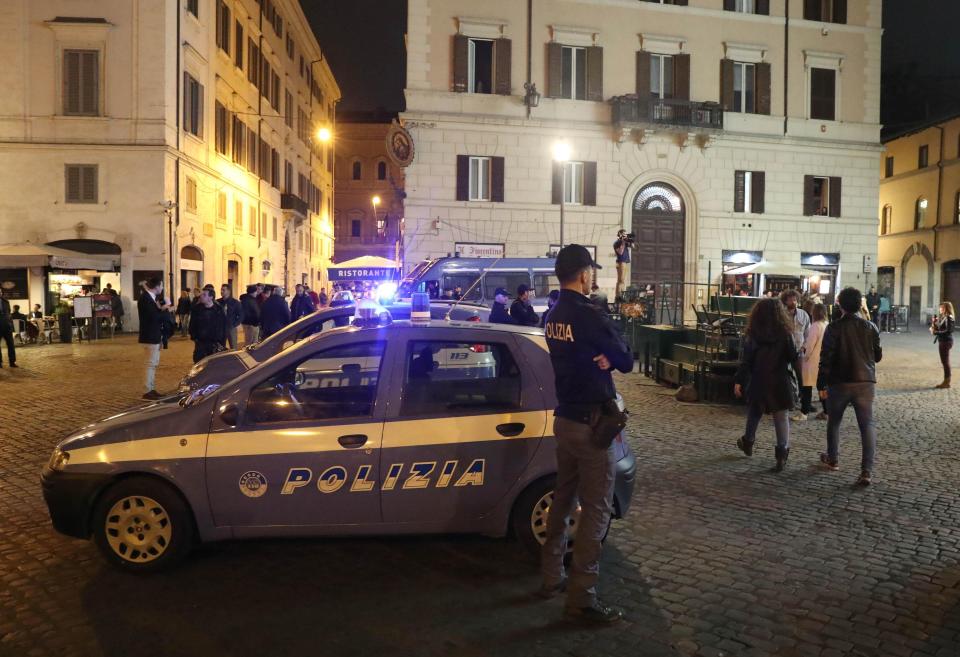 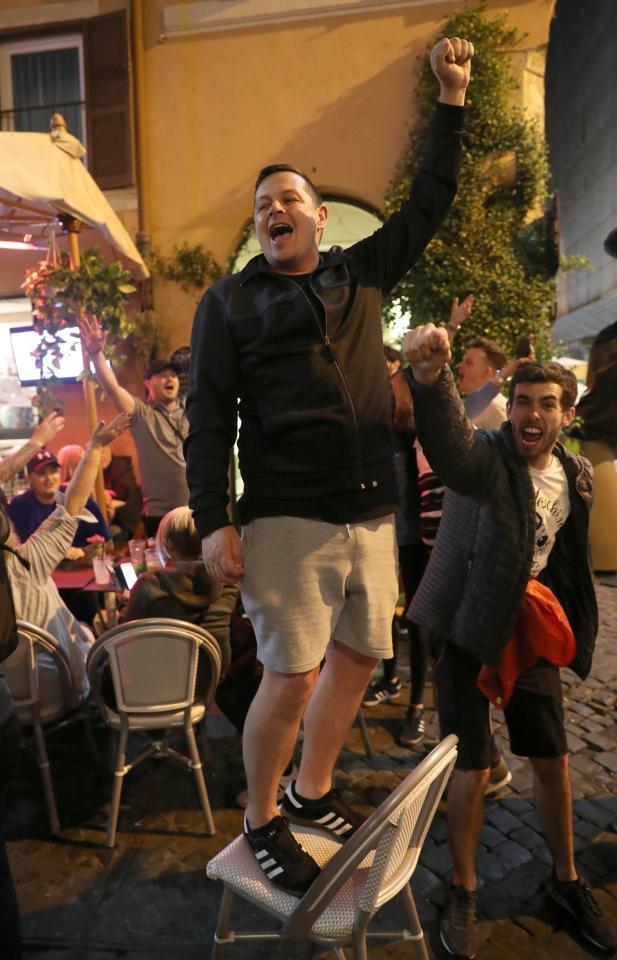 But there appeared to be no animosity or trouble in the air in the square taken over by the Kop faithful as the revellers danced and sung the night away.

The Liverpool Echo reported that a Reds fan was 'attacked with a metal bar' in Rome and suffered minor bruising.

One Reds supporter told the publication that he was assaulted while walking back to his hotel with a friend around 10.30pm after leaving The Drunken Ship Pub – despite not wearing any club colours.

Roma players had earlier worn shirts in training with a message that read "Forza Sean" in support of the Liverpool fan who was hospitalised in an incident outside Anfield.