The Reds suffered a 4-2 defeat at Roma on Wednesday night but managed to win 7-6 on aggregate to book their place at Kiev later this month. 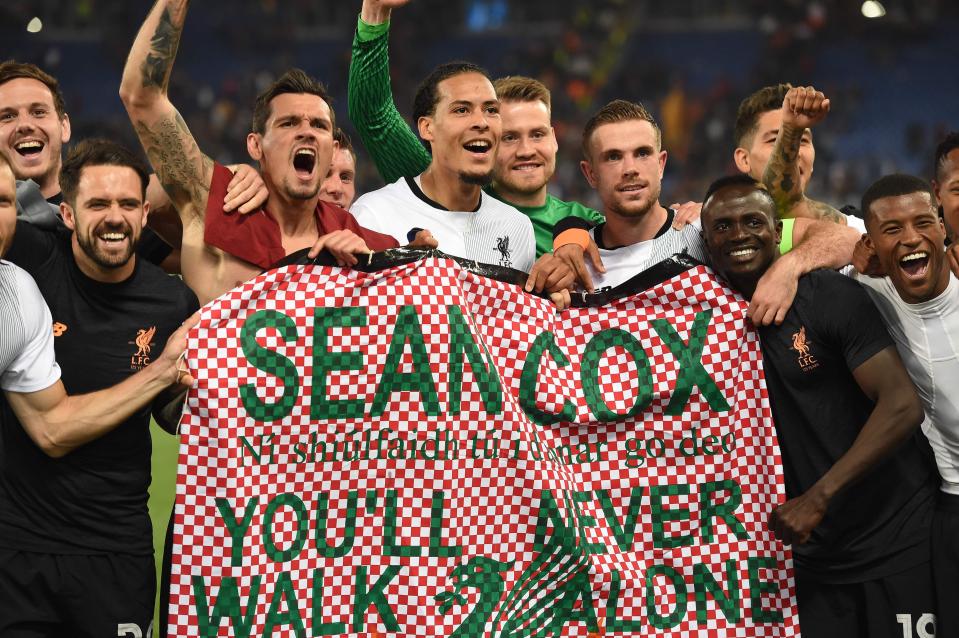 There were cheers all round as the referee blew his whistle to mark the momentous occasion.

But Irish supporter Cox was at the forefront of everyone’s minds after suffering a horrific attack by Roma ultras before the first leg.

Cox and other fans were set upon by Italian hooligans armed with belts outside Anfield.

And he is now in a coma in hospital after suffering serious head injuries, with his condition described as “critical.” 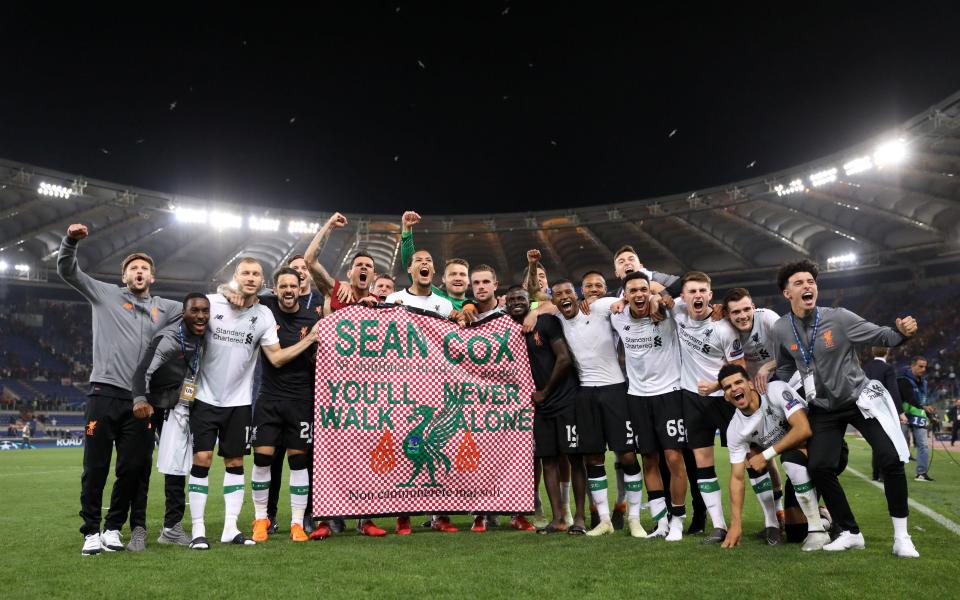 However, Liverpool’s players made sure the celebrations were in his honour as they posed with a giant banner reading: “Sean Cox, you’ll never walk alone.”

The players lapped up the applause as they held it in front of the travelling fans.

Liverpool captain Jordan Henderson then walked towards the supporters to give them the banner to hang from the stands.

And the Reds will now be hoping to honour Cox with one more win to bring the Champions League trophy back to Merseyside. 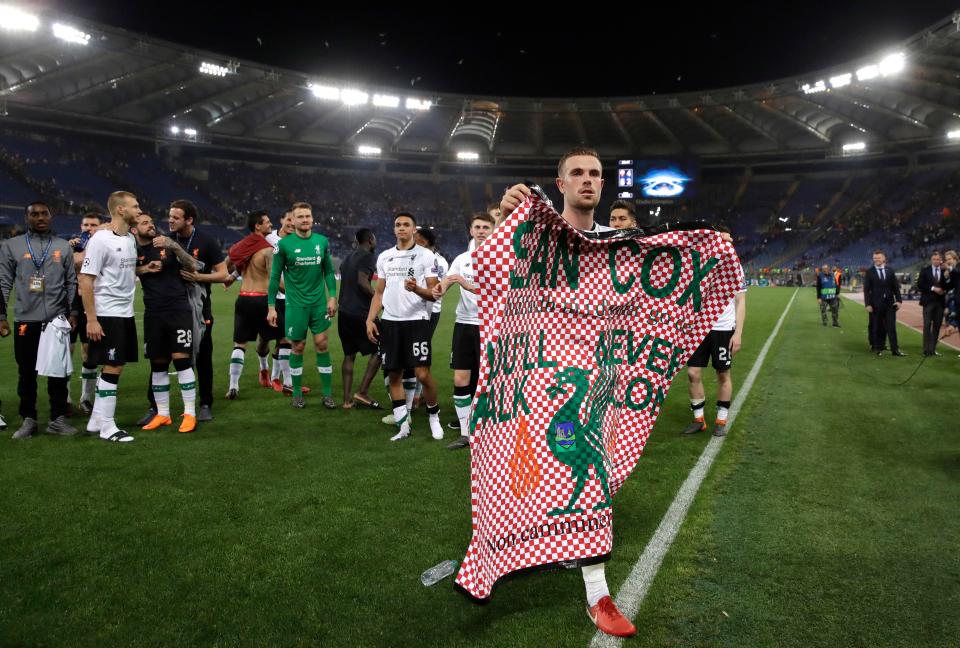 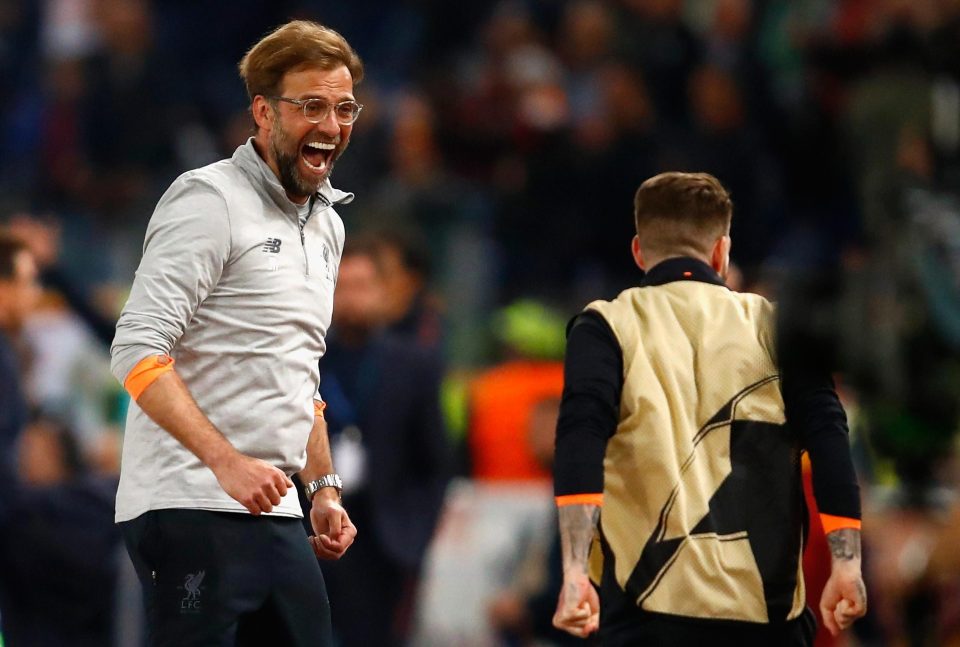