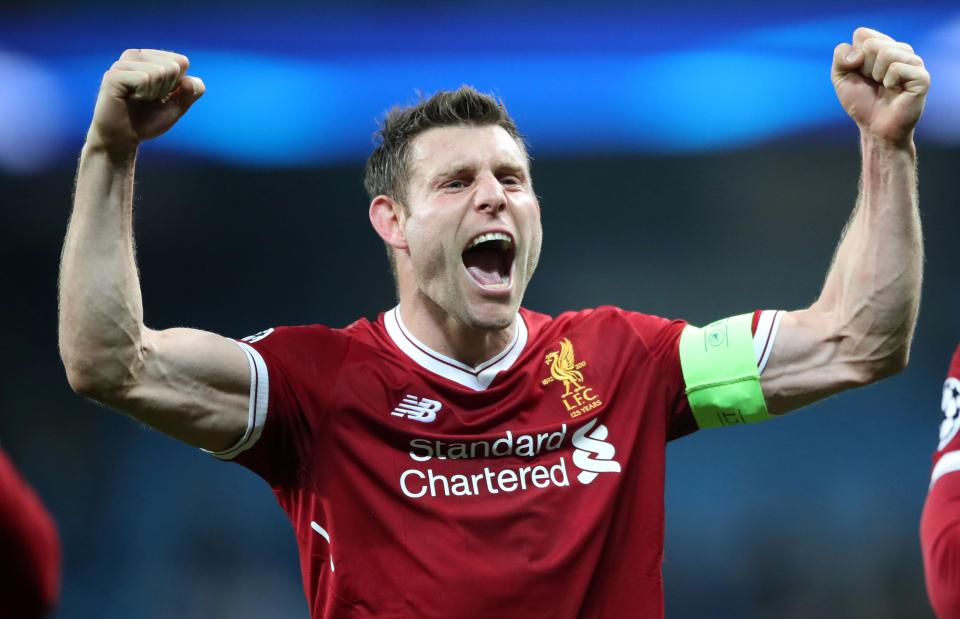 They had had to bridge a gap between defence and attack which was ‘as wide as the Mersey’, a seething Klopp said after a 4-2 second-leg defeat by Roma proved just enough to squeeze Liverpool into a Champions League final against Real Madrid.

In the immediate aftermath of semi-final glory, that is what Klopp was wondering.

Instead of all that, Liverpool’s manager had to rely heavily on the lung-busting runs of Milner — his anti-galactico — the professional Yorkshireman and unlikely social-media cult hero. 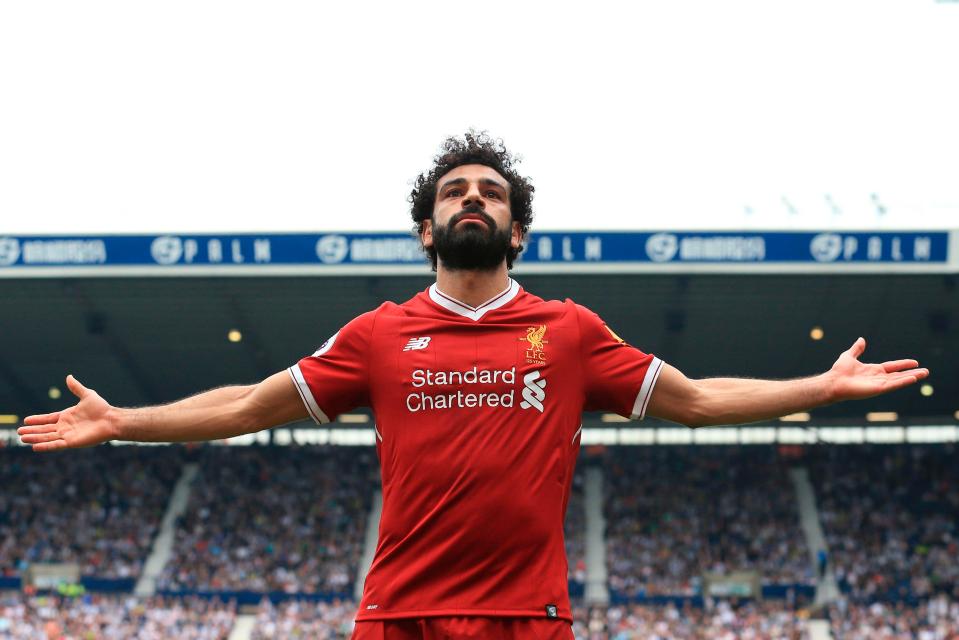 The final on May 26 will be billboarded as Cristiano Ronaldo versus Mo Salah.

But Klopp, keen to point out his lack of squad depth and Real’s vast experience at the sharp end of the Champions League, is keen to secure underdog status, so he would rather the contest was billed as Ronaldo v Milner.

Ronaldo, the ageless Adonis, is the embodiment of Real’s status as a footballing Hollywood and its obsession with individual excellence.

Yet while Salah is heading towards Ballon d’Or contention after his 43-goal annus mirabilis, the spirit of Klopp’s Liverpool is encapsulated by Milner — a former schoolboy cross-country runner who never stops chugging. 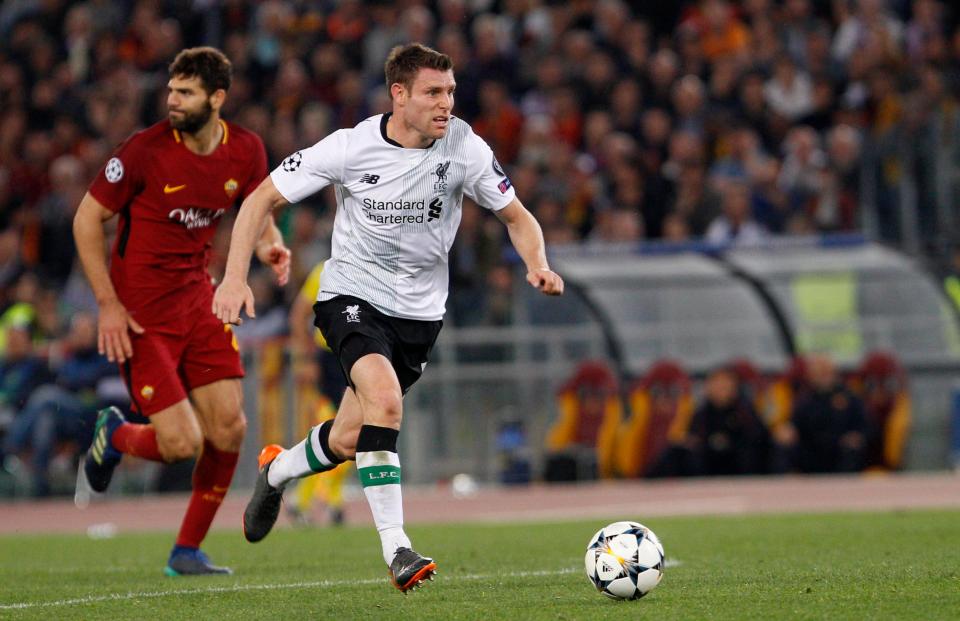 Milner, a teetotaller, is best known for the self-deprecating humour which led him to tell a TV interviewer that he ‘might just stretch to a Ribena’ to celebrate Liverpool’s safe passage to Kiev.

On social media, he has come to own the spirit of the ‘Boring James Milner’ spoof account initially set up to gently ridicule his dullness.

After being whacked in the gob by an attempted Dejan Lovren clearance to score an own goal for Roma, Milner tweeted ‘Anyone got any tips for how to get a Champions League logo off a face?’

No trait is admired more keenly in England than the ability to laugh at oneself, which is not a quality Ronaldo has ever been renowned for.

At 32, Milner is a year younger than the Portuguese according to their birth certificates but he is several decades older in personality.

The duo first met as teenage wingers in a Leeds v Manchester United fixture 15 years ago — and their careers have diverged sharply, Ronaldo winning his first Ballon d’Or two years before Milner was PFA Young Player of the Year. 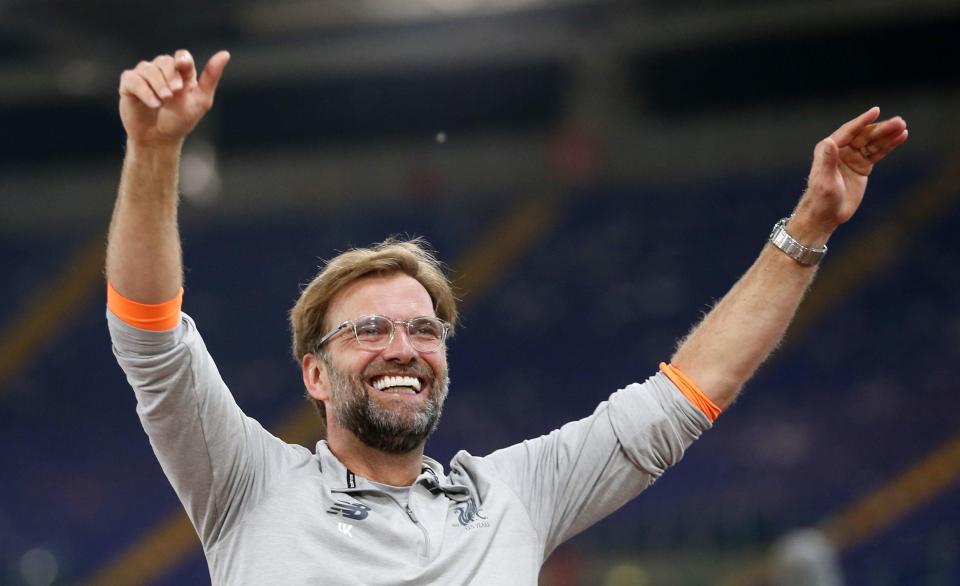 Milner has since gone on to fill every outfield position except centre-half. Last season he was an emergency full-back as Liverpool qualified for the Champions League, this year he has sweated blood in a workaholic three-man midfield.

But while Milner’s free transfer turned out to be a masterstroke from Brendan Rodgers, the player’s CV is hardly as down-to-earth and humble as his persona.

This is a two-time Premier League winner, FA Cup winner, League Cup winner with a total of 130 caps at all levels before retiring from England duty in 2016.

And when the great managerial cavalier Kevin Keegan quit Newcastle after his spat with Mike Ashley, his chief gripe was over the owner’s decision to flog Milner to Aston Villa.

Now a Champions League winner’s medal awaits him if Liverpool can become the first team to remove Real from European Cup contention in Zinedine Zidane’s 2½ seasons as manager.

Klopp knows he lacks stardust in midfield, behind the remarkable forward trio of Salah, Mane and Roberto Firmino who have contributed an extraordinary 31 of the Reds’ record tally of 46 Champions League goals. 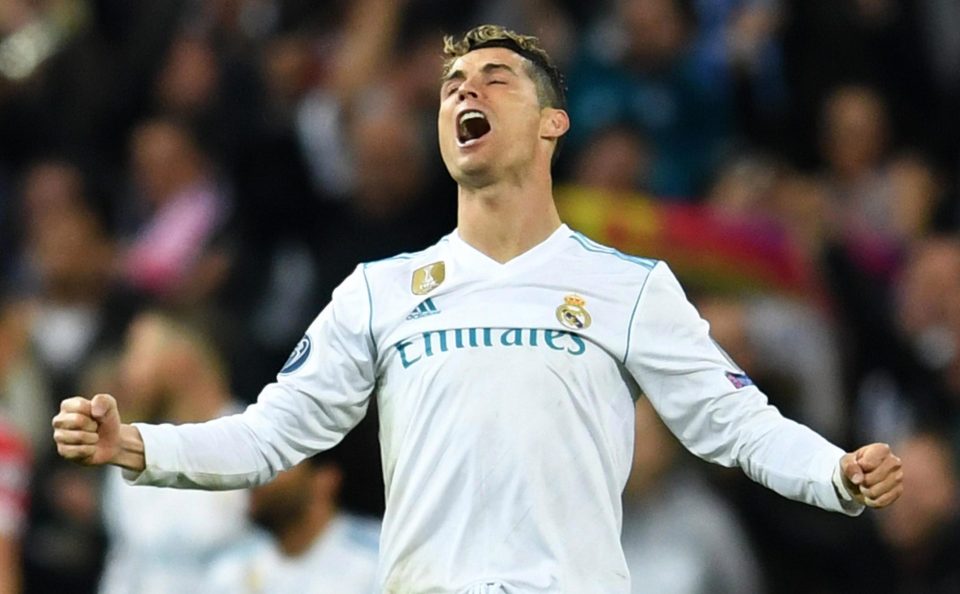 But he is keen to praise his midfield, where Wijnaldum has replaced the horribly-unlucky injured Alex Oxlade-Chamberlain, because he knows you cannot defeat thoroughbreds like Real without workhorses.

In truth Liverpool didn’t quite fly by the seat of their pants into the final — they were always just about in control of this tie.

But while Zidane’s men have looked vulnerable, especially on the domestic stage this season, could Liverpool possibly defeat them playing as openly as they did in the breathless slug-fest of a semi-final which saw Roma pipped 7-6?

Real are aiming for a third straight Euro triumph, a fourth in five years and a 13th in all.

Yet there is a belief Liverpool can exploit their defensive laxness and win a match which could become a wide-open classic.

So, should Milner enjoy the greatest highlight of a fine career in Kiev, there is unlikely to be anything remotely boring about it.