And the same could be said for a red-faced linesman when he lost his flag during the semi-final first leg at Anfield. 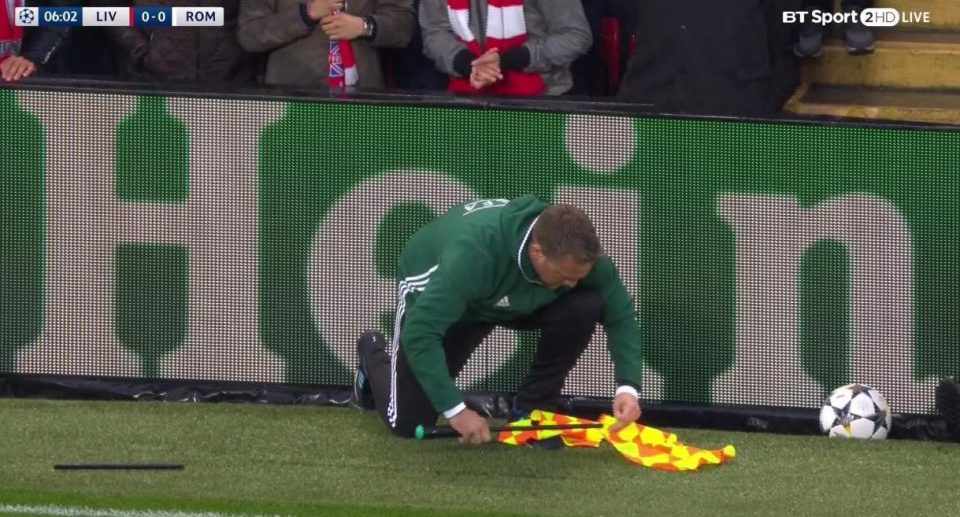 Fans on Twitter were quick to poke fun at the official, who briefly looked more like a conductor than a linesman.

After the flag fell off his stick, he still raised his arm, trying to signal a decision with his bare-looking baton.

But it just made him look even more absurd. 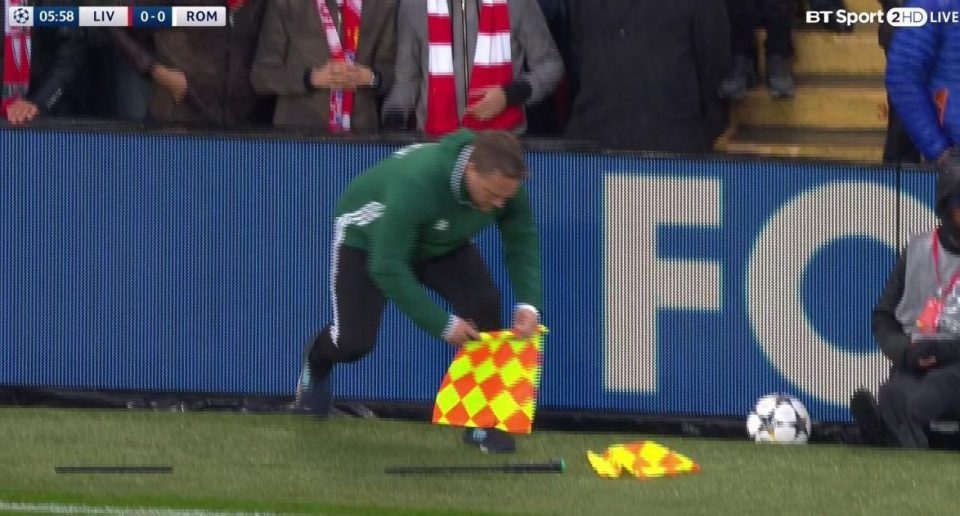 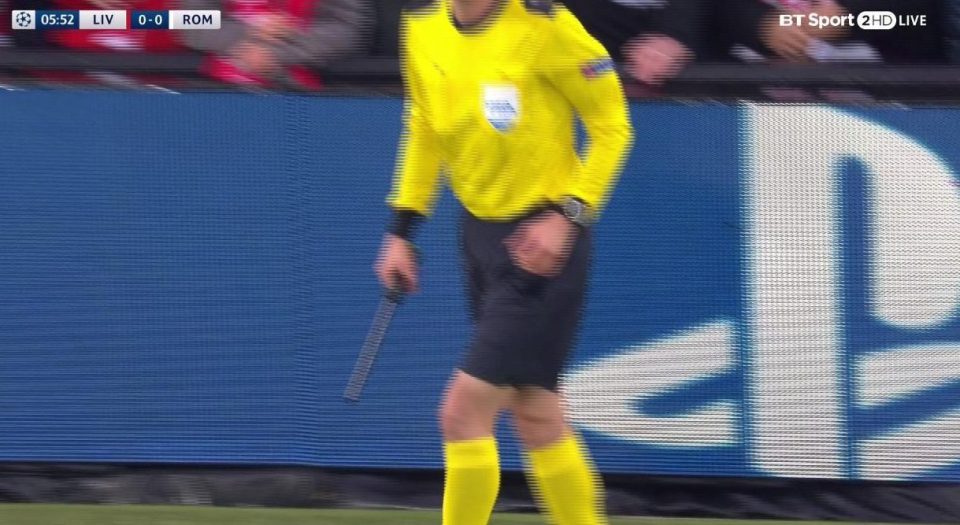 Out in the middle the action was just as crazy – but for more normal reasons.

Liverpool kept the pace up against the Serie A side who KO'd Barcelona so magnificently in the last eight.