Farah missed his drink early on at a water station, picking up the wrong bottle before anxiously running over to stewards on safety bikes and arguing with them about how he could top up with vital fluids. 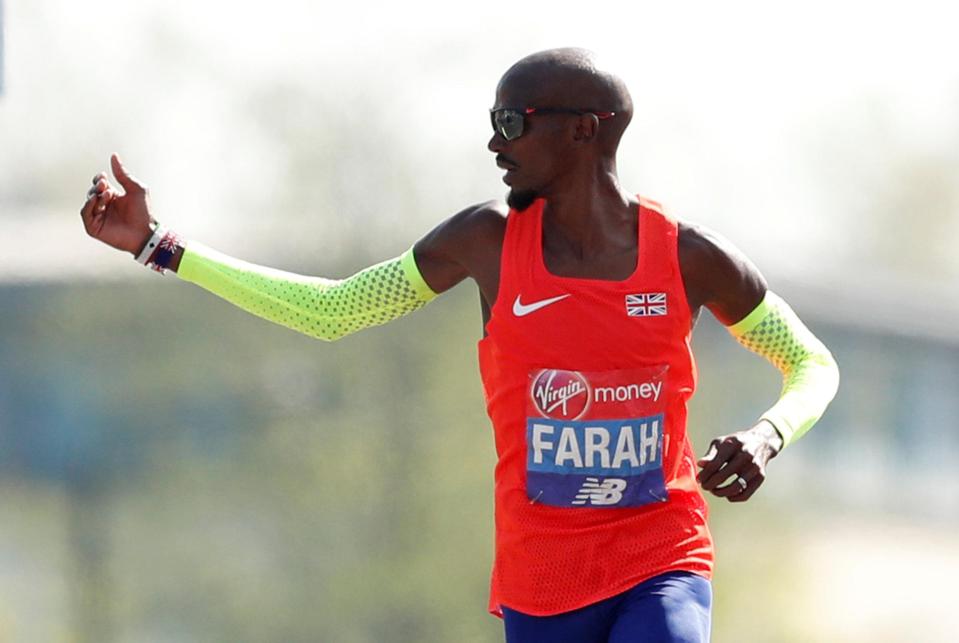 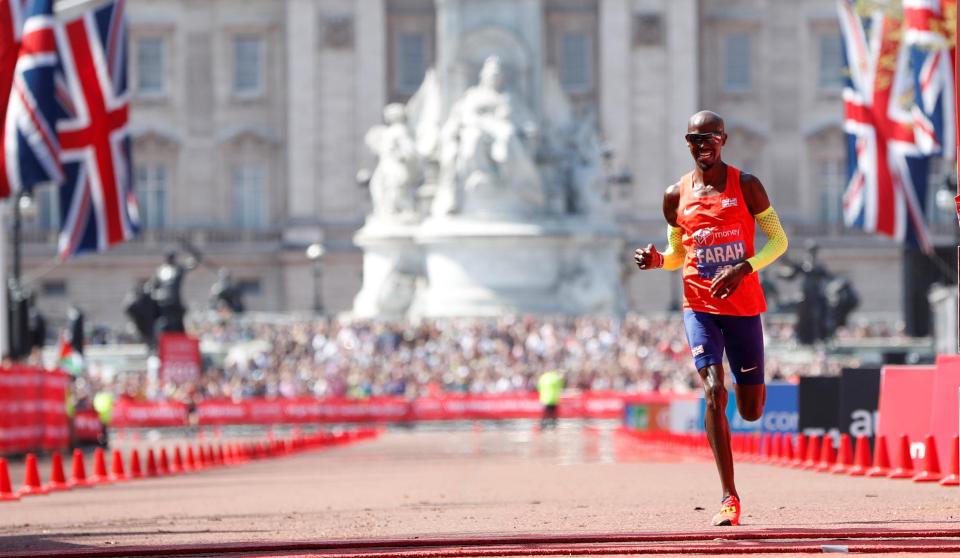 He then showed his real bottle to recover and finish on the podium – as Olympic champion Eliud Kipchoge celebrated victory – clocking 2hrs 6min 21sec for a new British record as he was cheered down The Mall.

The double Olympic champion was making his first serious outing over 26.2 miles on the streets of London, having retired from the track last summer.

He said: "The drink station was confusing, I was table four, I went to pick it up.

"The staff were helpful at the end but at the beginning they were trying to take a picture rather than giving me the drink. 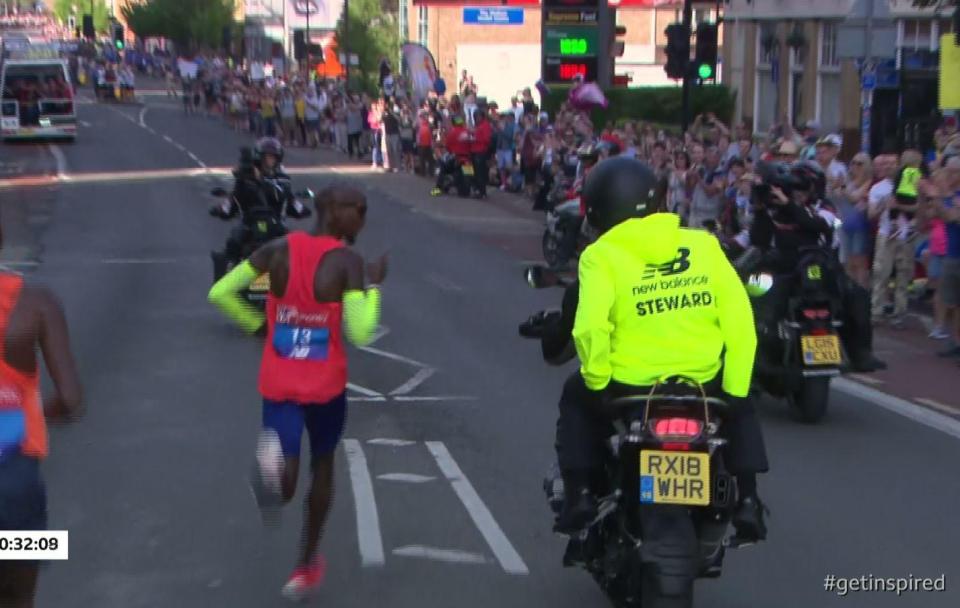 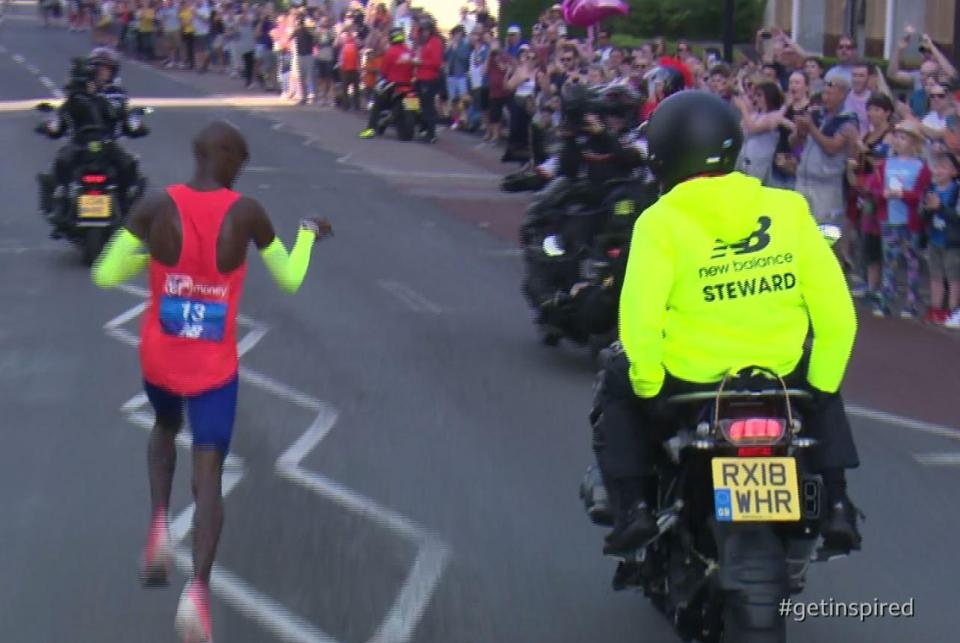 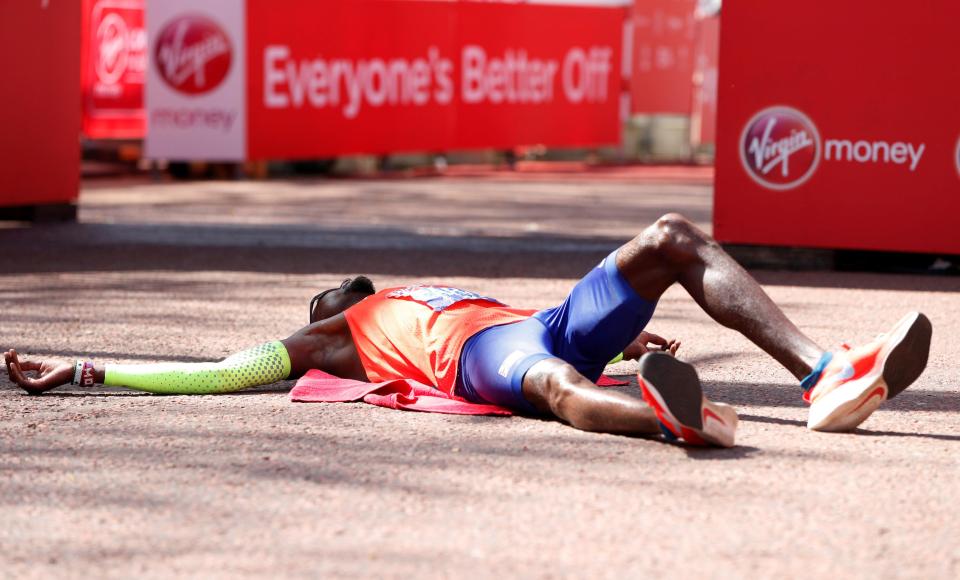 "I was saying to the people on motorbikes to tell the staff to be a bit helpful instead of taking pictures.

"I wasn't wasting energy, I just needed a drink. I had to get it right.

"I really enjoyed today, I gave 110 per cent like I always do.

"I've got a lot to learn about the marathon but as long as I can keep doing it. 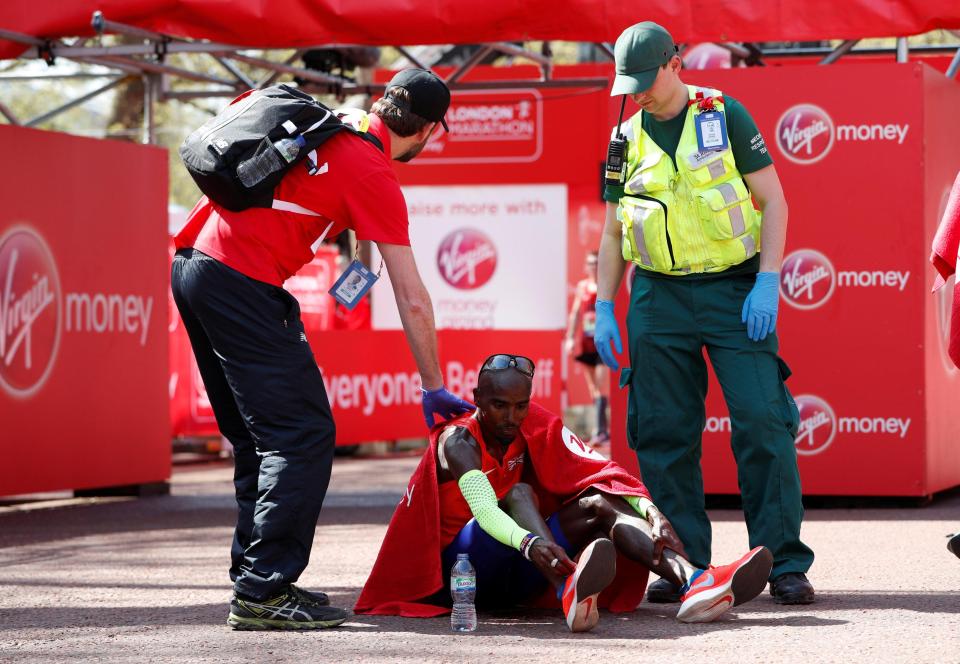 "I haven't seen my kids in three months and I am excited to see them."

But having dumped controversial coach Alberto Salazar, to team up with Gary Lough who guided wife Paula Radcliffe to a marathon world record in London in 2003, Farah had Jones' mark in his sights at the very least.

Farah was also aiming for the European record of 2:05.48 which would mean he held every Continental mark from 1500m up but that eluded him.

The 35 year-old, who has been using Radcliffe's record-breaking training schedules, was handed runner number 13 – his ranking in the field – as the Queen started the race over at Windsor Castle. 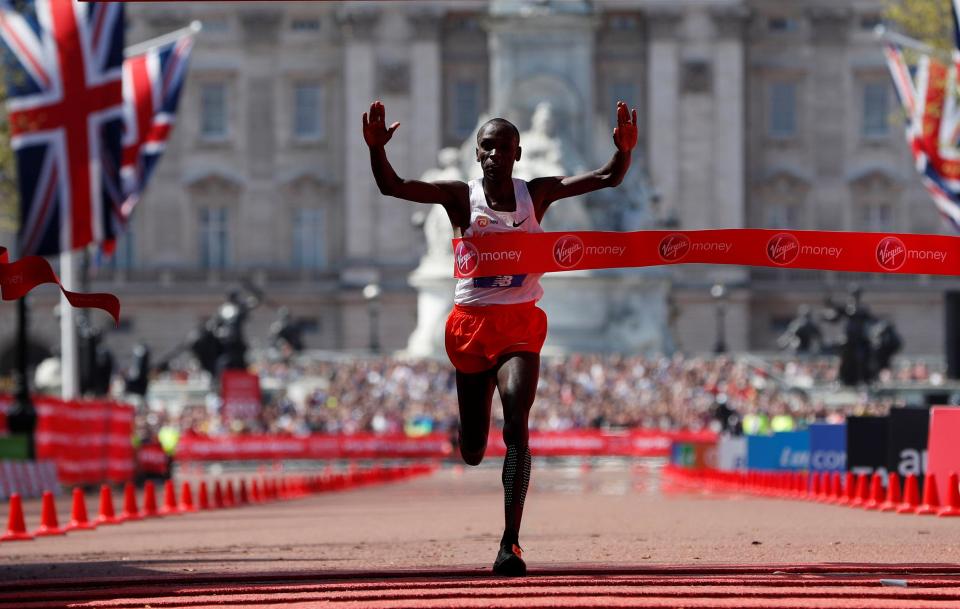 With his trademark shades on and as temperatures first hit 20C at the 11 mile mark he recovered to show his real bottle and stay with the pack as Kenyan Eliud Kipchoge, the reigning Olympic champion, led the field.

Then Kipchoge stepped up the pace, clocking 61min at the halfway stage – the fastest ever in a world marathon race.

Farah, who has won four Olympic titles and six world golds over 10,000metres and 5,000m, then found his water bottle at another station only to DROP it before again recover to push up to the front and hang in alongside Kipchoge. 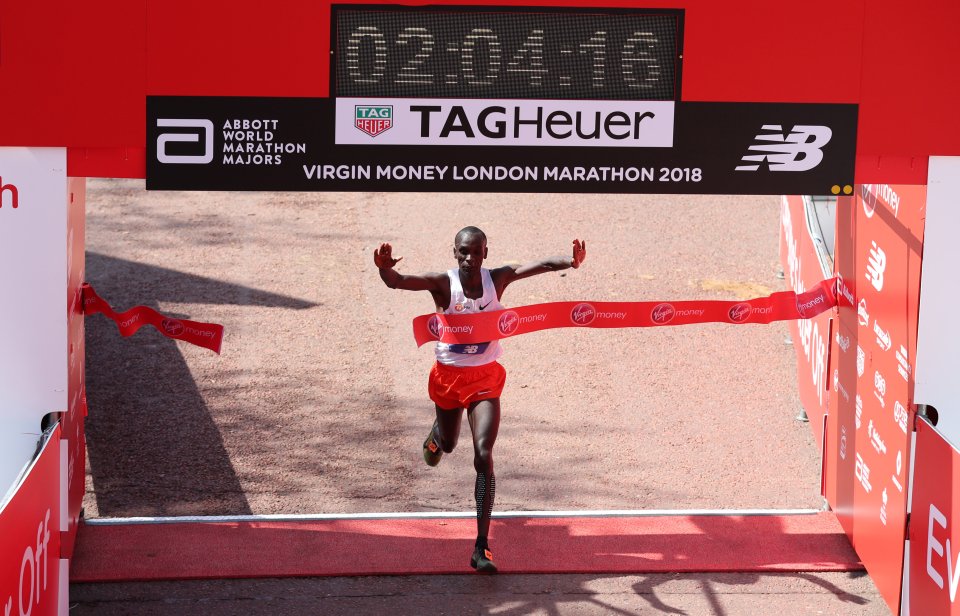 The field included Kenyan Daniel Wanjiru, the defending champion, and Ethiopian distance legend Kenenisa Bekele – both of whomn Farah beat as he showed he can mix it with the marathon big boys.

Kenyan Mary Keitany, who set a women's only world record of 2:17.01 last year, set a blistering pace for the first half of the race.

But with pacemakers telling her to slow down she faded, failing to beat Paula Radcliffe's outright marathon world record of 2:15.25 set in London in 2003 and finishing fourth.

Pre-race co-favourite Ethiopian Tiunesh Dibaba, runner-up last year, was  unable to stay with her, pulling up at the 19 mile mark and Kenyan Vivian Cheruiyot overtook her training partner Keitany at around 22 miles to win in 2:18.31.

David Weir won the men's wheelchair race for the eighth time in a sprint finish, clocking 1:31.15.