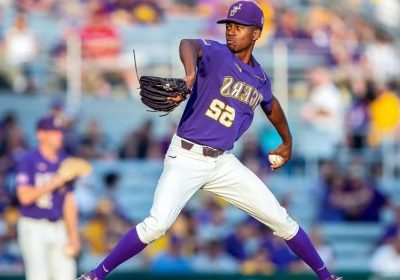 The father of LSU Tigers pitcher Ma’Khail Hilliard died in a water accident while tubing on the Amite River in Louisiana over Father’s Day weekend, authorities said.

Witnesses told deputies that Hilliard dropped an item into the water and he hopped off the tube to retrieve it, according to the Livingston Parish Sheriff’s Office. He did not resurface. 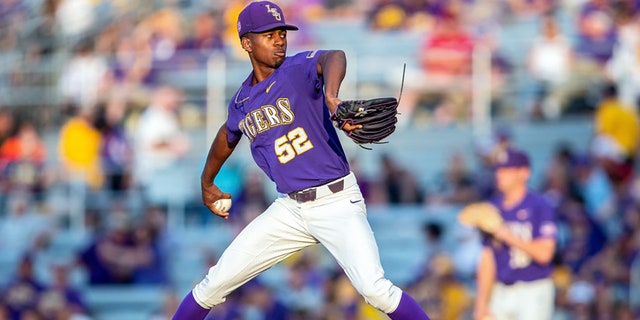 LSU Tigers right-handed pitcher Ma’Khail Hilliard (52) throws a pitch during a game between the Alabama Crimson Tide and the LSU Tigers on May 12, 2018, at Alex Box Stadium in Baton Rouge, Louisiana. (Getty Images)

Joe Koczrowski, chief of Livingston Parish Fire Protection District No. 5, noted that six or seven Tiki Tubers had to be rescued last summer after they became lost on the Amite River.

Earlier this month, his firefighters had to rescue another lost tuber on the river, according to the New Orleans Advocate.

“Maybe this will push them to do something,” Koczrowski said Monday.

Ma’Khail Hilliard was one of LSU’s best pitchers late this season, the paper reported.