The Team GB 2012 golden boy suffered the first defeat of his career to the Frenchman but now has a revenge mission in his sights. 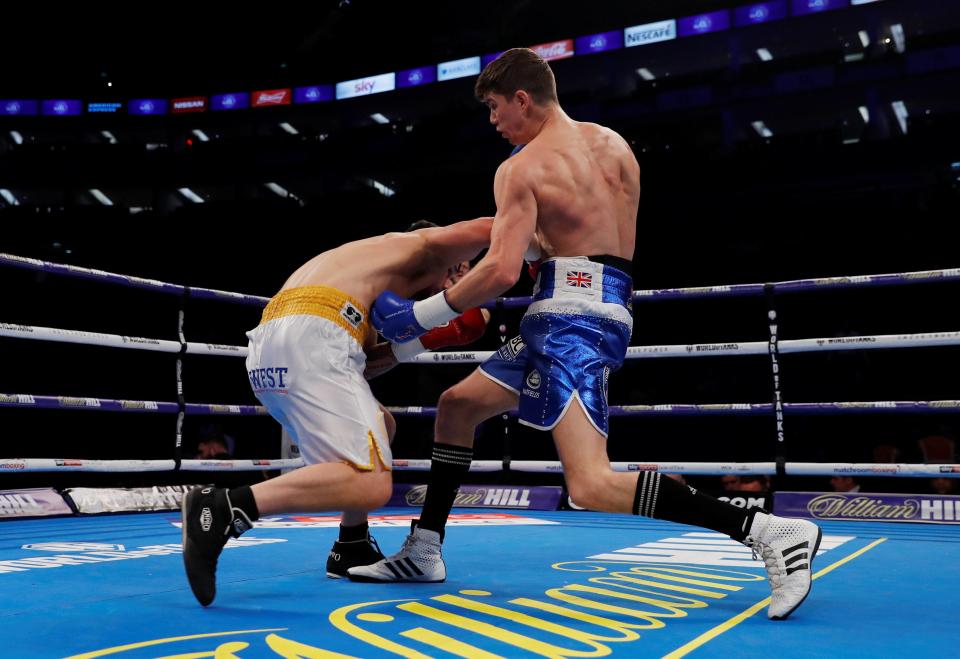 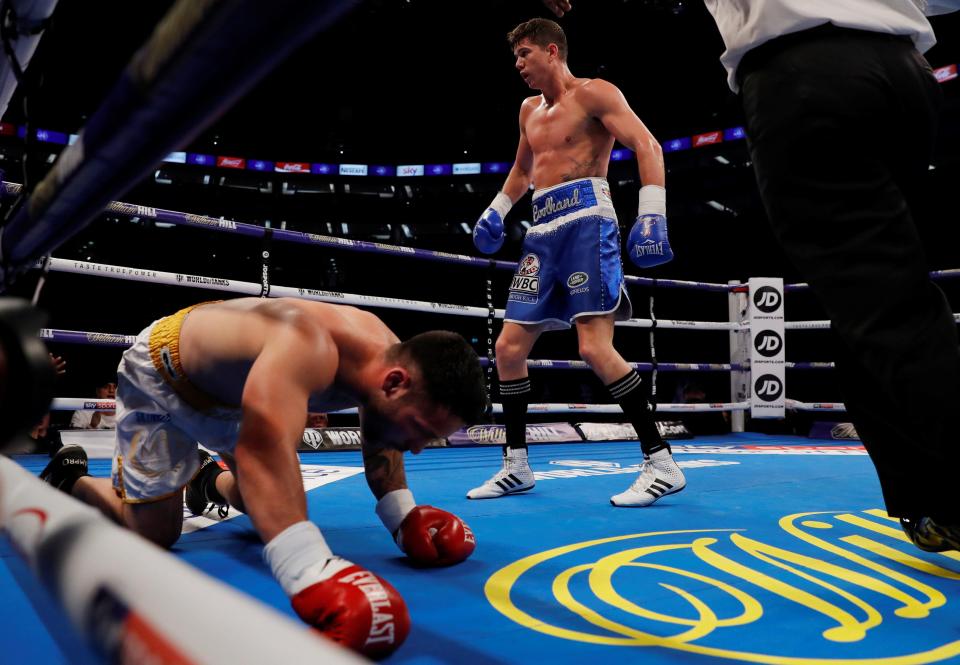 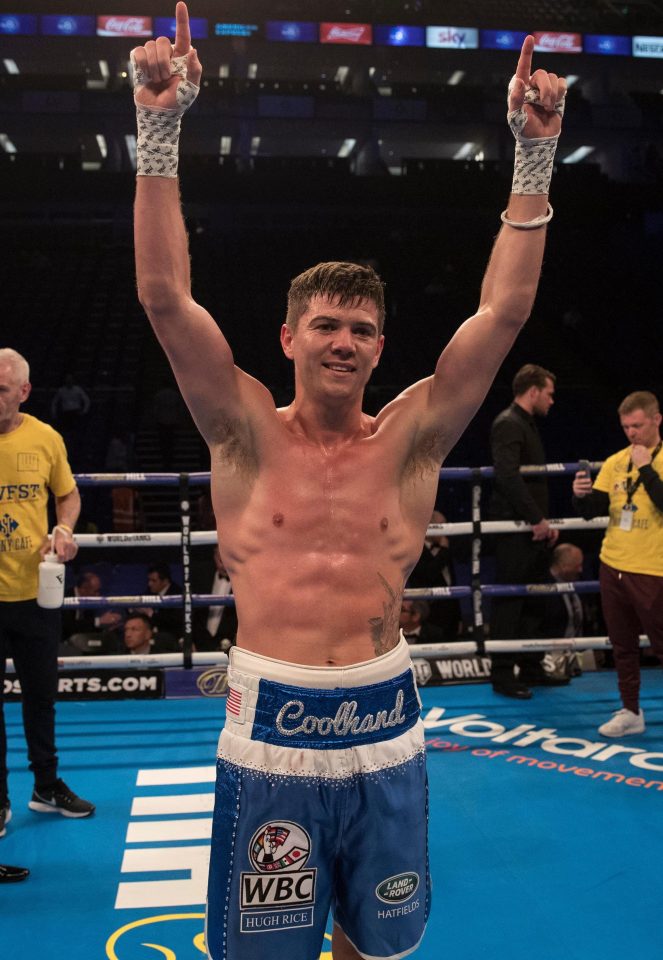 To get him in shape, the Hull star stepped up to welterweight to concede 11lbs to Troy James but it never looked a problem as he stopped his opponent in the fifth of the six-rounder.

Campbell looked a foot taller than his squat opponent, especially with his lead right hand wafting high above his head.

The Hull star targeted the body with straight lefts and a hopeful uppercut in the first and was rarely off target.

Campbell stepped it up in the second, firing off violent shots unsuited to his still-innocent 30-year-old face. 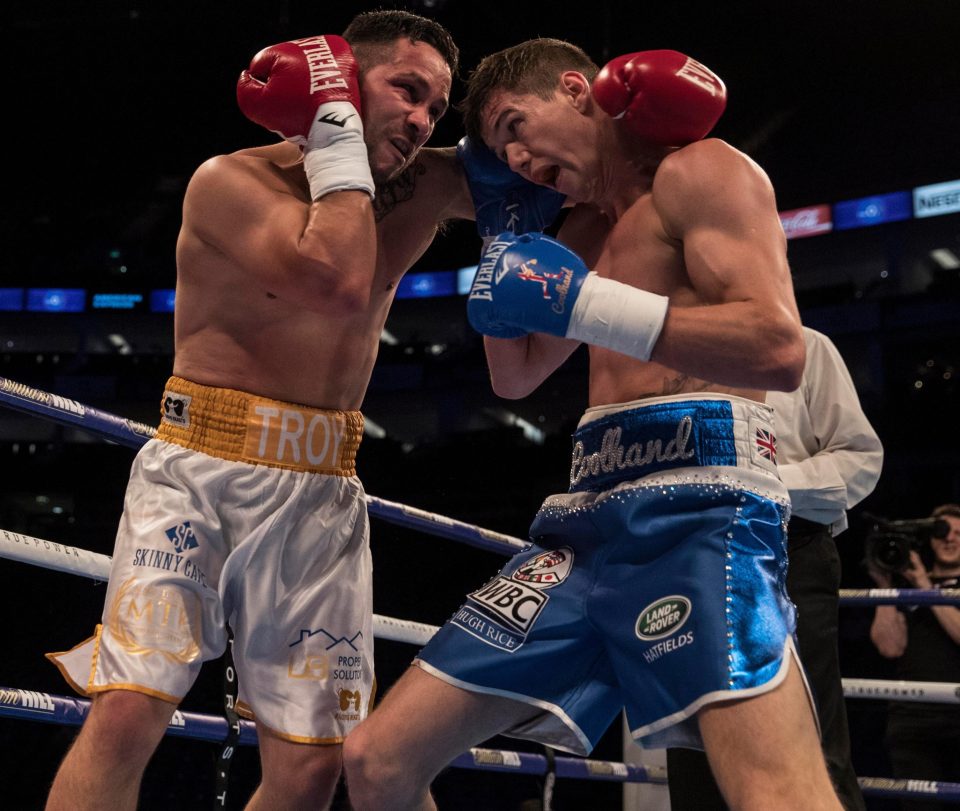 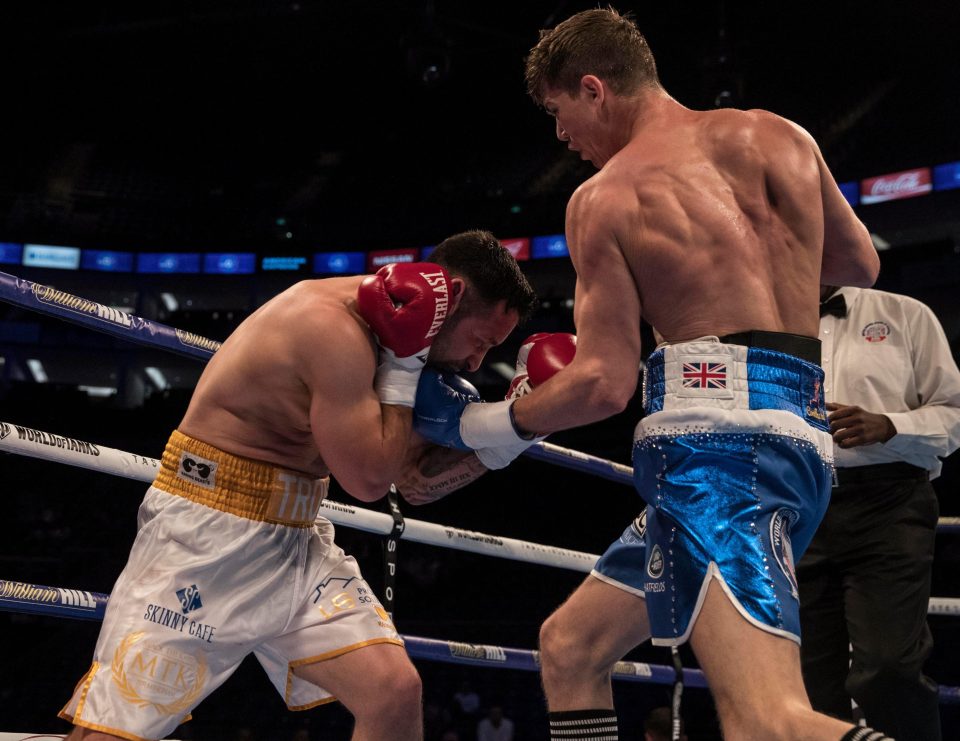 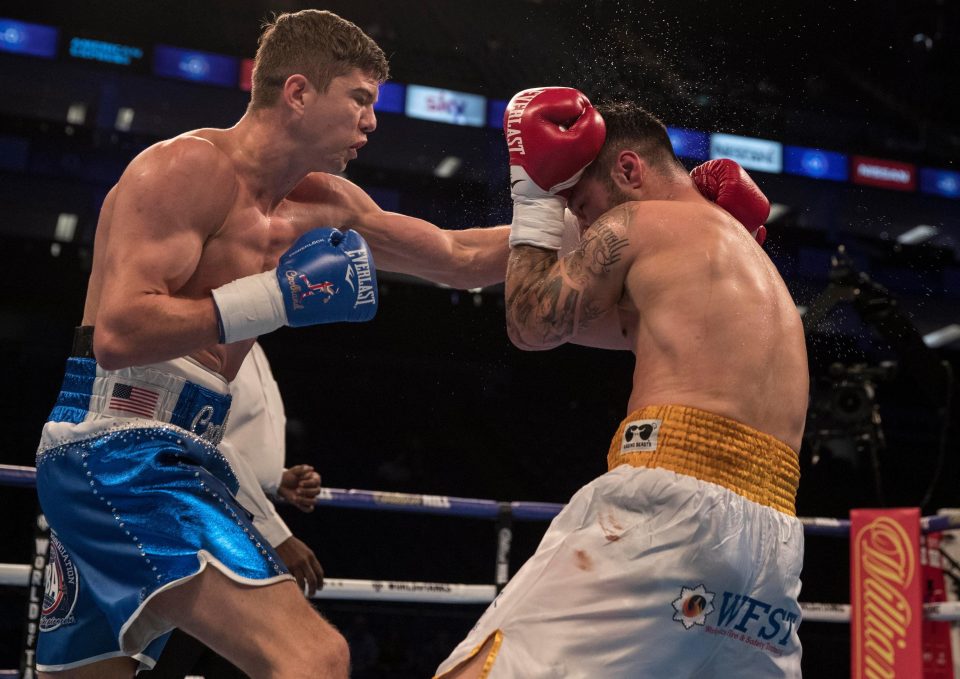 James did his best to duck under Campbell’s spider-like arms and swing hooks but was usually swatted away by the towering ace.

Lightweight star Campbell was warned for low-blows in the second – but not punished – and it did nothing to deter his attacks as he dropped James with a left uppercut and right hook just before the bell.

The third was one-sided again but underdog James proved himself a hard man as he gamely gave Coolhand the workout he needed,

At the start of the fourth, James was dropped again with a right hook but the 34-year-old lasted another round to more than earn his money for a horrible night’s work. 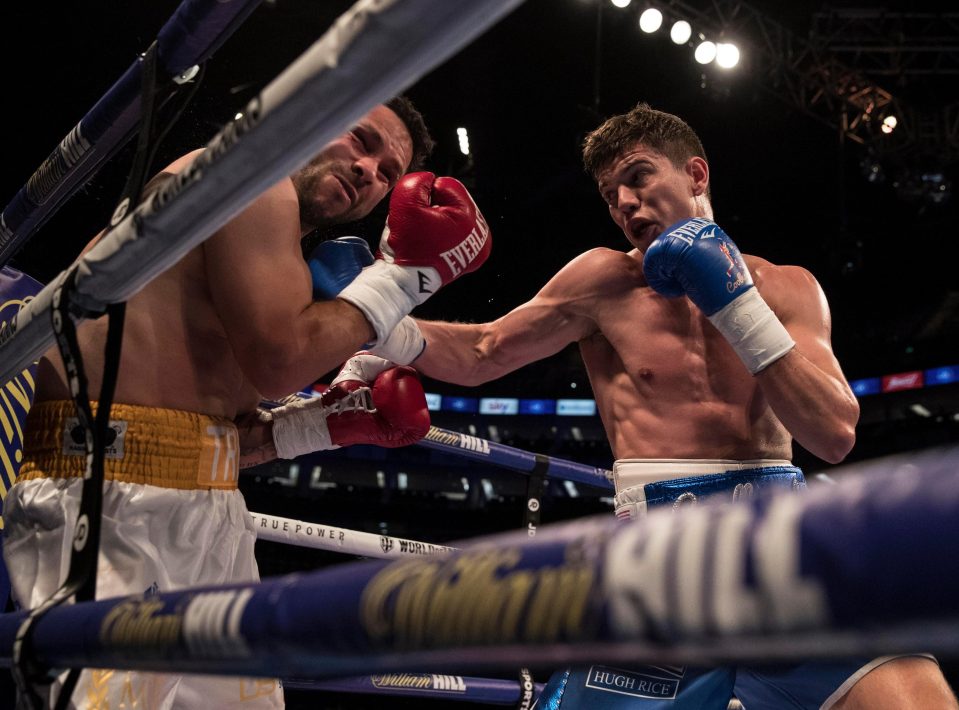 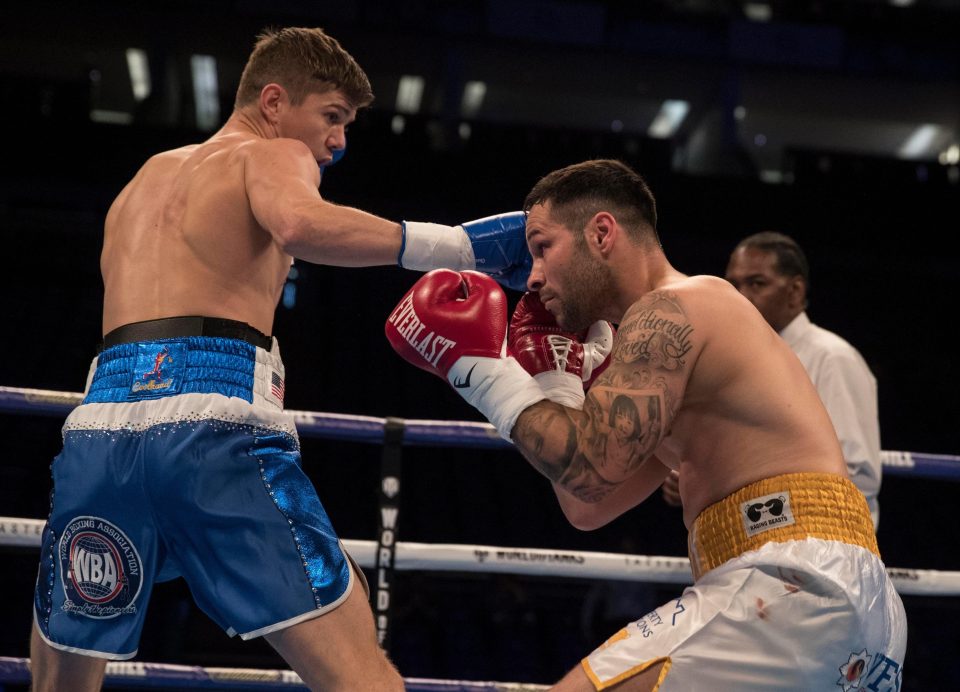 And early in the fifth the fight was stopped with Campbell landing with too many unanswered shots.

Campbell said: "That was exactly what I needed. He needed to be a welterweight to take those shots.

"My No 1 fight is against Mendy, unfinished business with big stakes now. I need to clean my record."

Campbell – who lost to pound-for-pound superstar Jorge Linares in September on a split decision – now wants Mendy, with plenty on the line. 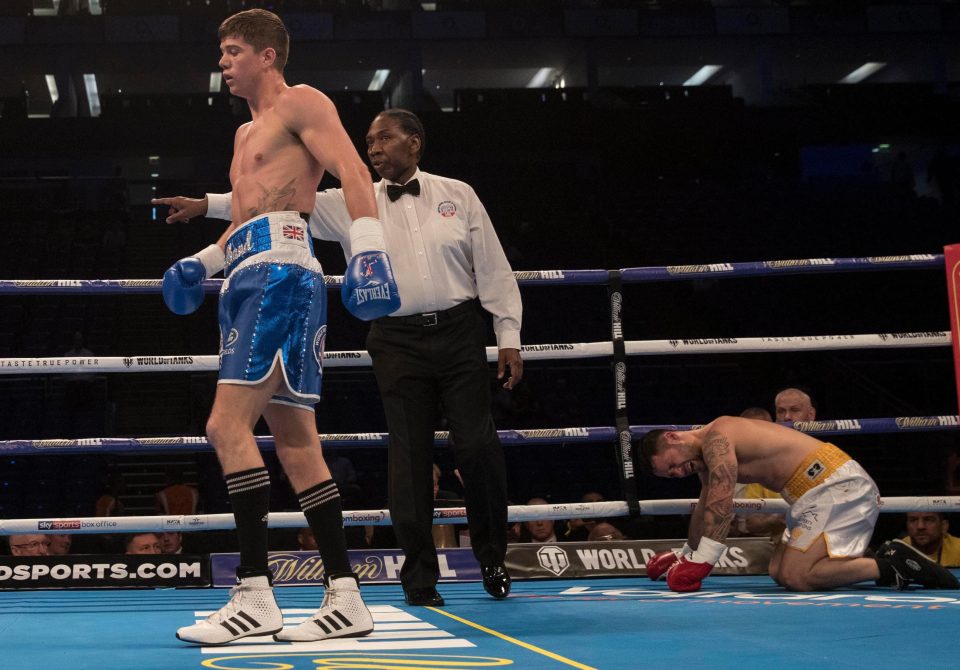 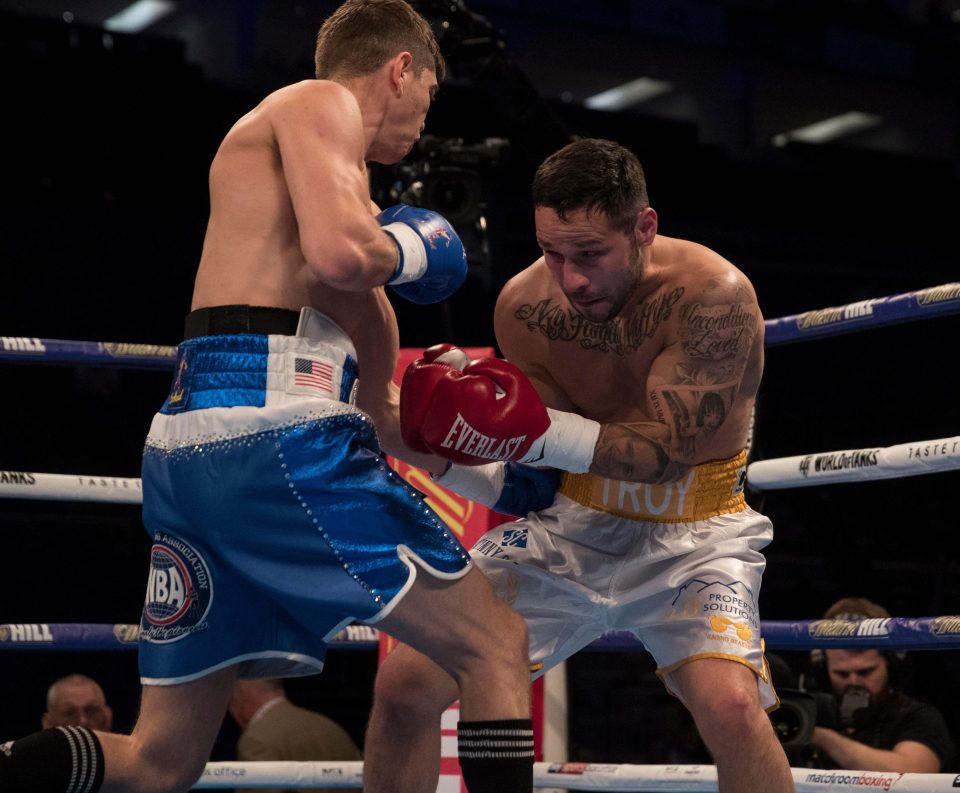 The winner of the final eliminator will become mandatory for the coveted WBC belt which is currently held by pound-for-pound American master Mikey Garcia.

But the free-spirited superstar has not even defended his crown for 15 months meaning Campbell could even fight for that strap next if Garcia is stripped.

"Campbell vs Mendy could be for the full title."