M.L.B. Draft: Marcelo Mayer and Five Other Players to Watch 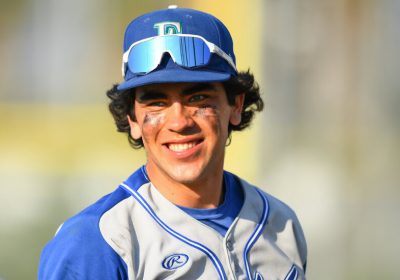 Mayer and Jordan Lawlar are five-tool prep shortstops. They headline a prospect pool that includes a pair of aces with pro sports pedigrees, a college catcher with a cannon arm and more. 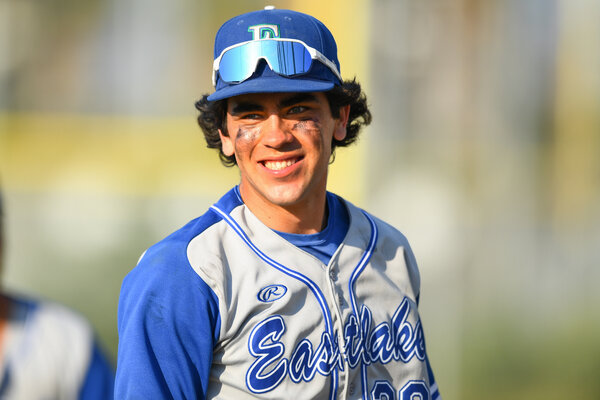 The 2021 Major League Baseball player draft will begin on Sunday in Colorado, the site of this year’s All-Star Game, and will continue for 20 rounds over three days.

As each team looks for its own Mike Schmidt or Rickey Henderson, here are some notable players to watch:

An 18-year-old who is 6 feet 3 inches tall, Mayer is coming out of the high school that produced the five-time All-Star first baseman Adrian Gonzalez. He is a left-handed hitter considered an all-around talent capable of fielding, running and hitting for power. The Pittsburgh Pirates prefer college players but Mayer is likely too tempting for them to pass up.

If You Can’t Have Mayer …

The difference between Mayer and Lawlar is seemingly a flip of the coin. An 18-year-old right-handed hitter who is currently committed to Vanderbilt, Lawlar was Texas’ high school player of the year in 2021 and is considered to be above average in all five primary tools. He is in contention for the No. 1 pick, and once his power develops he could be scary.

Anyone who follows the Pitching Ninja account on Twitter is well aware of Leiter and Rocker, who were a dominant 1-2 punch for the Commodores this year. Leiter, the son of the former major leaguer Al Leiter, had 179 strikeouts in 110 innings and a 2.13 E.R.A. in 2021. Rocker, the son of the former N.F.L. player Tracy Rocker, has 179 strikeouts in 122 innings and a 2.73 E.R.A. They are both highly likely to be top-10 picks.

Davis follows in the footsteps of Los Angeles Dodgers catcher Will Smith, who was a first-rounder out of Louisville in 2016, and he has a big arm and big swing (that relies a bit too much on pulling the ball). His defense and his patience at the plate should help him get to the majors, and his right-handed power should keep him there.

Second base | University of California, Berkeley

While not one of the top 250 prospects, according to MLB.com, fans will undoubtedly keep tabs on Baker, who became something of a sensation when, as a 3-year-old, he ran onto the field in the 2002 World Series, where his father Dusty was managing the Giants, only to be rescued by J.T. Snow from being run over at home plate. Since then, Baker has grown up, and in four years at Cal he hit .303 with a .363 on-base percentage. He was drafted out of high school in 2017, but was passed up last year. It is unclear if he’ll be picked in a truncated 20-round draft.