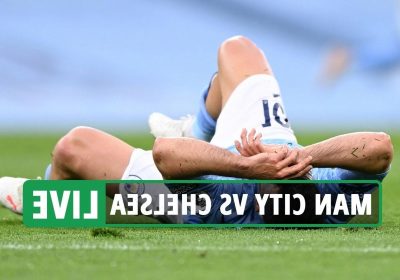 MANCHESTER CITY were denied the Premier League title as Chelsea fought back from behind at the Etihad.

Raheem Sterling fired the hosts ahead before Sergio Aguero wasted a golden chance to make two from the spot, firing a weak Panenka effort at Edouard Mendy.

And that left the door open for the Blues, who made them pay in the second half through Hakim Ziyech and Marcos Alonso.

Follow ALL the reaction with our live blog below…