MANCHESTER CITY plan to build a statue of Vincent Kompany outside the Etihad Stadium after naming a road at their training complex after their former skipper.

The Belgian star, 33, is back at his old stomping ground tonight for his testimonial game, which will raise funds for his homelessness charity Tackle4MCR. 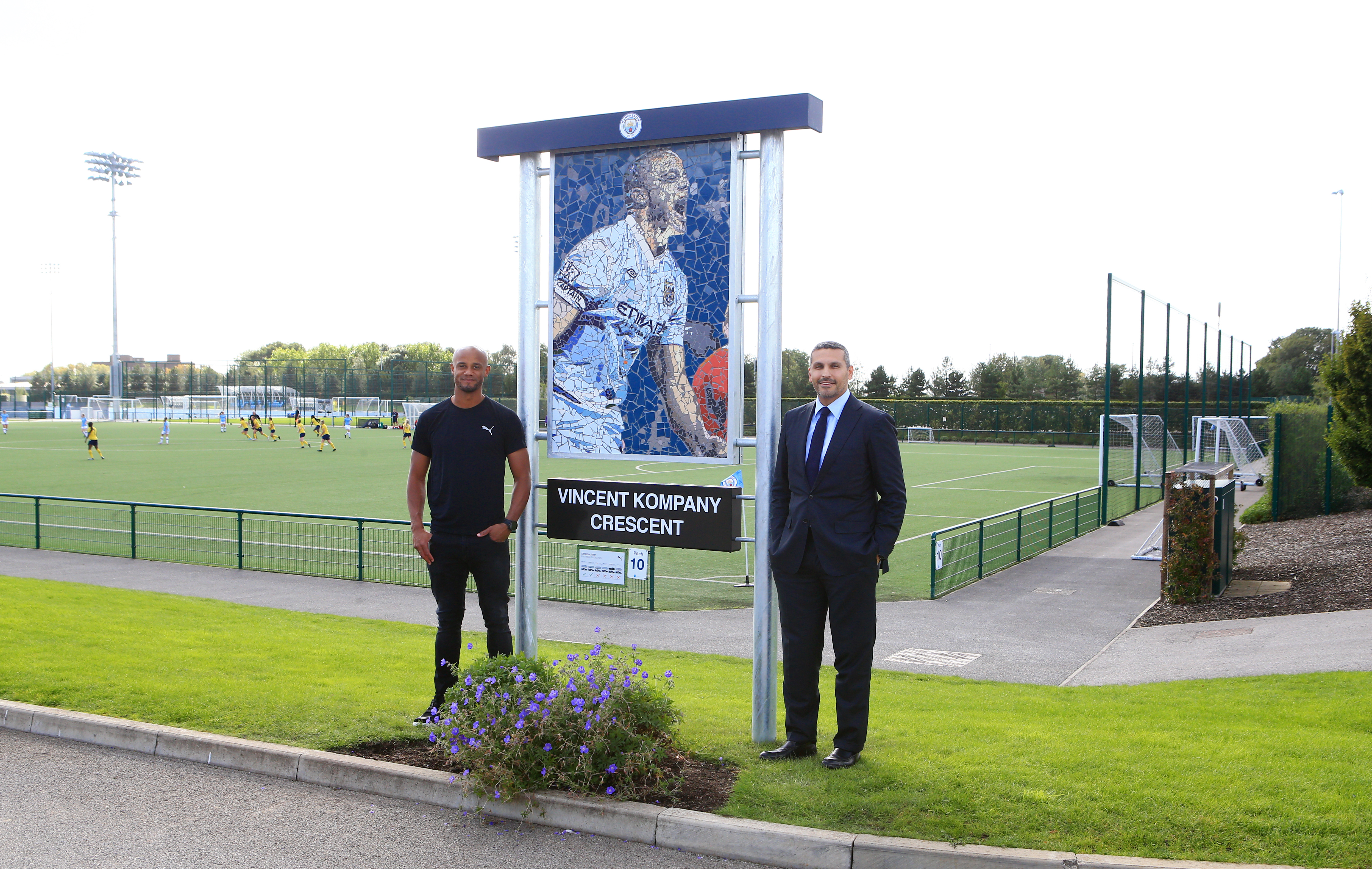 Kompany, who left City this summer after 11 illustrious years to become player-manager of Anderlecht, is injured for the game.

However, a host of iconic names will feature as a team of City legends take on a side of Premier League All-Stars.

And ahead of the occasion, the club unveiled the ‘Vincent Kompany Crescent’ at the City Football Academy complex along with a mosaic of the defender.

And they have also announced plans to commission a statue that will proudly stand outside of the champions’ home.

“He is not only an inspirational and resolute leader on the pitch, but an impeccable and articulate ambassador off it.

“His contribution will be remembered for generations to come, by supporters of our club and the wider football community who rightly recognise Vincent as one of the iconic Premier League figures of his generation.”