Home » Sport » Man City's 2011-12 Premier League title winners and where they are now, including final-day Aguero and Balotelli | The Sun

Man City's 2011-12 Premier League title winners and where they are now, including final-day Aguero and Balotelli | The Sun 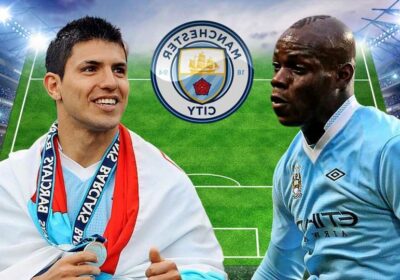 SERGIO AGUERO'S last-minute goal to win Manchester City the 2012 title is the most iconic moment in Premier League history and happened ten years ago last week.

The Etihad club marked the occasion by placing a statue of Aguero's wild celebration against QPR outside the stadium. 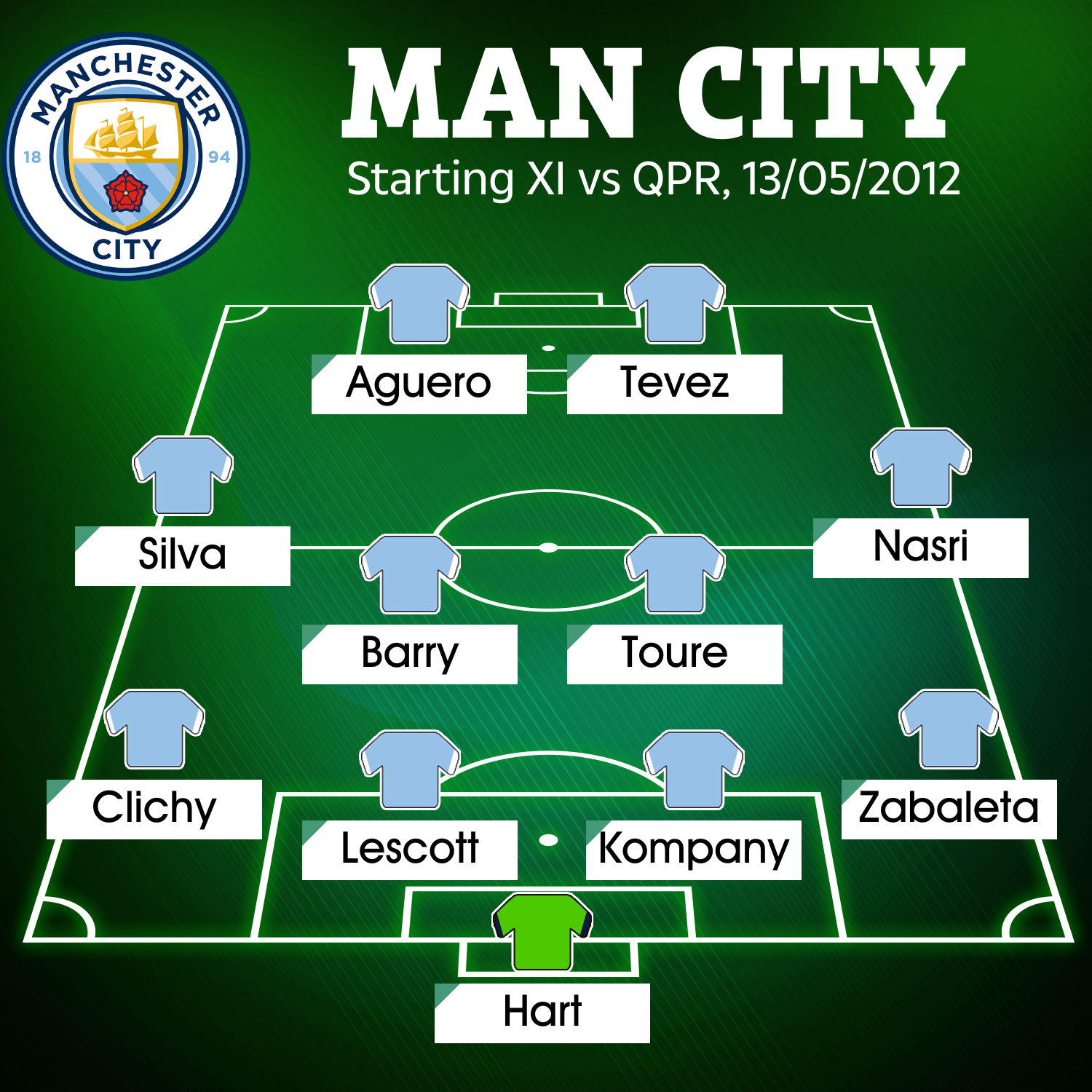 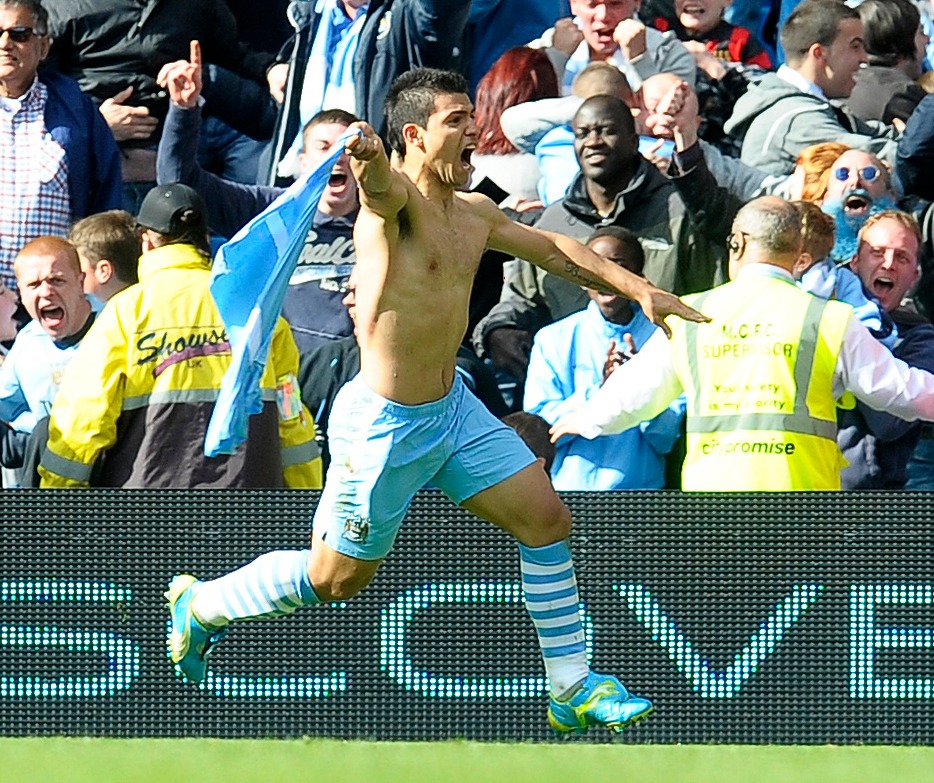 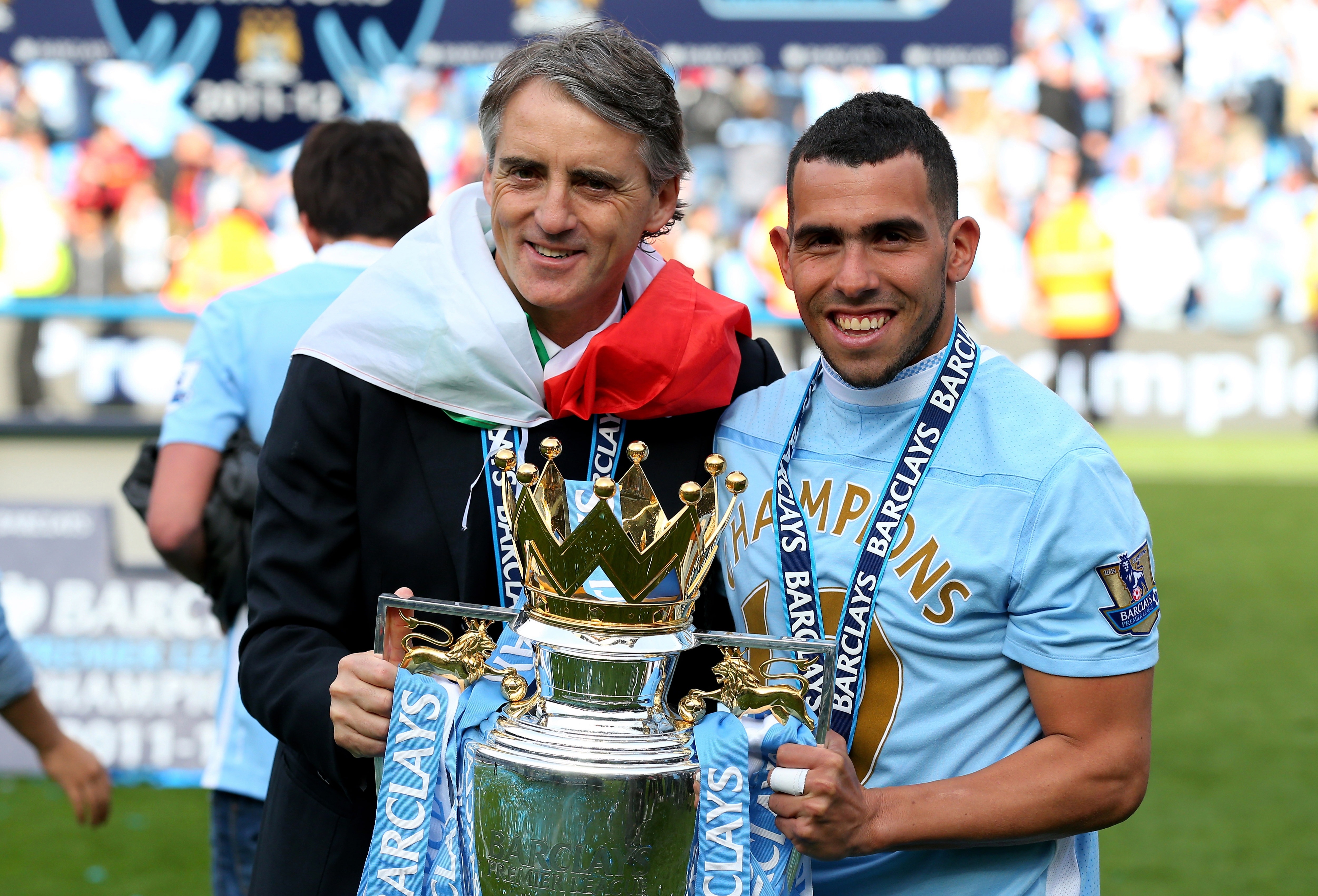 The goal and therefore the title win opened the floodgates for City as they lifted their first Premier League crown.

But what has happened to the Argentine legend and his team-mates including maverick stars Carlos Tevez and Mario Balotelli in the decade that has passed since that memorable moment in 2012?

City looked destined to miss out on the title as they trailed 2-1 at home to relegation-threatened QPR after 90 minutes on May 13, 2012.

In truth, they needed a miracle.

Pablo Zabaleta gave Roberto Mancini's men the lead six minutes before half-time but the Londoners battled back through Djibril Cisse and Jamie Mackie who scored either side of Joey Barton's red card for the visitors.

But somehow, after Edin Dzeko's header gave City the faintest glimmer of hope in the 92nd minute, Aguero got on the end of Balotelli's pass inside the penalty box.

As bitter rivals Manchester United waited with baited breath at Sunderland to see if their win was enough, the pint-sized superstar lashed the ball past Paddy Kenny in the 94th minute triggering scenes of total bedlam in the stadium.

Martin Tyler screamed "AGUEEEEERRRRROOOOOOO" to millions watching at home as the Argentine wheeled away in ecstasy twirling his shirt around his head. 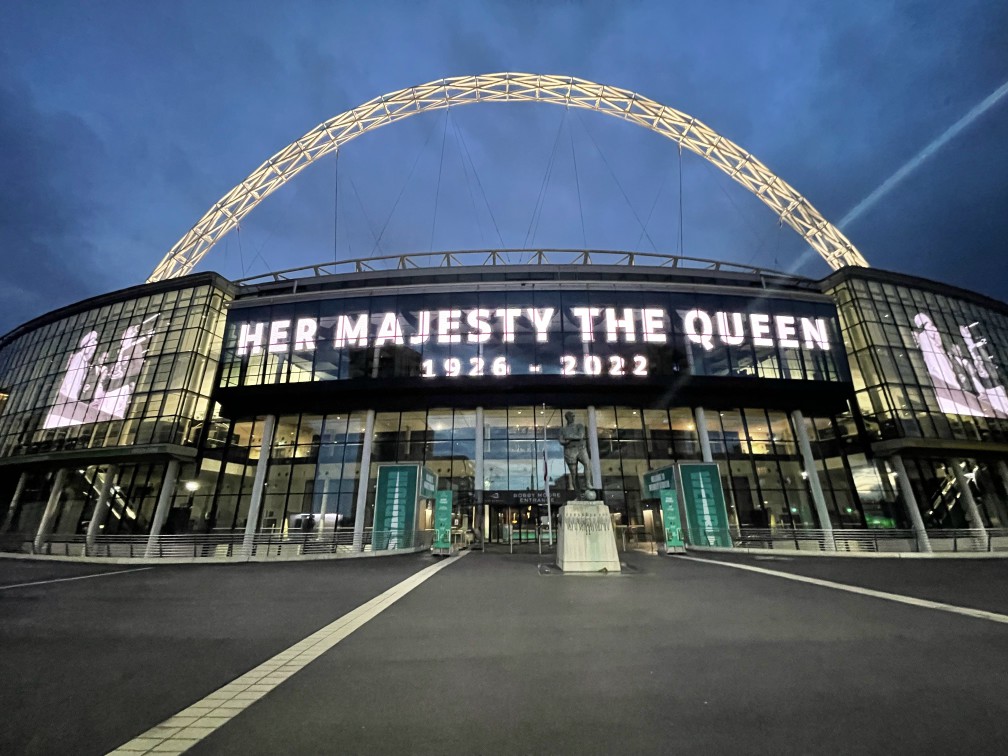 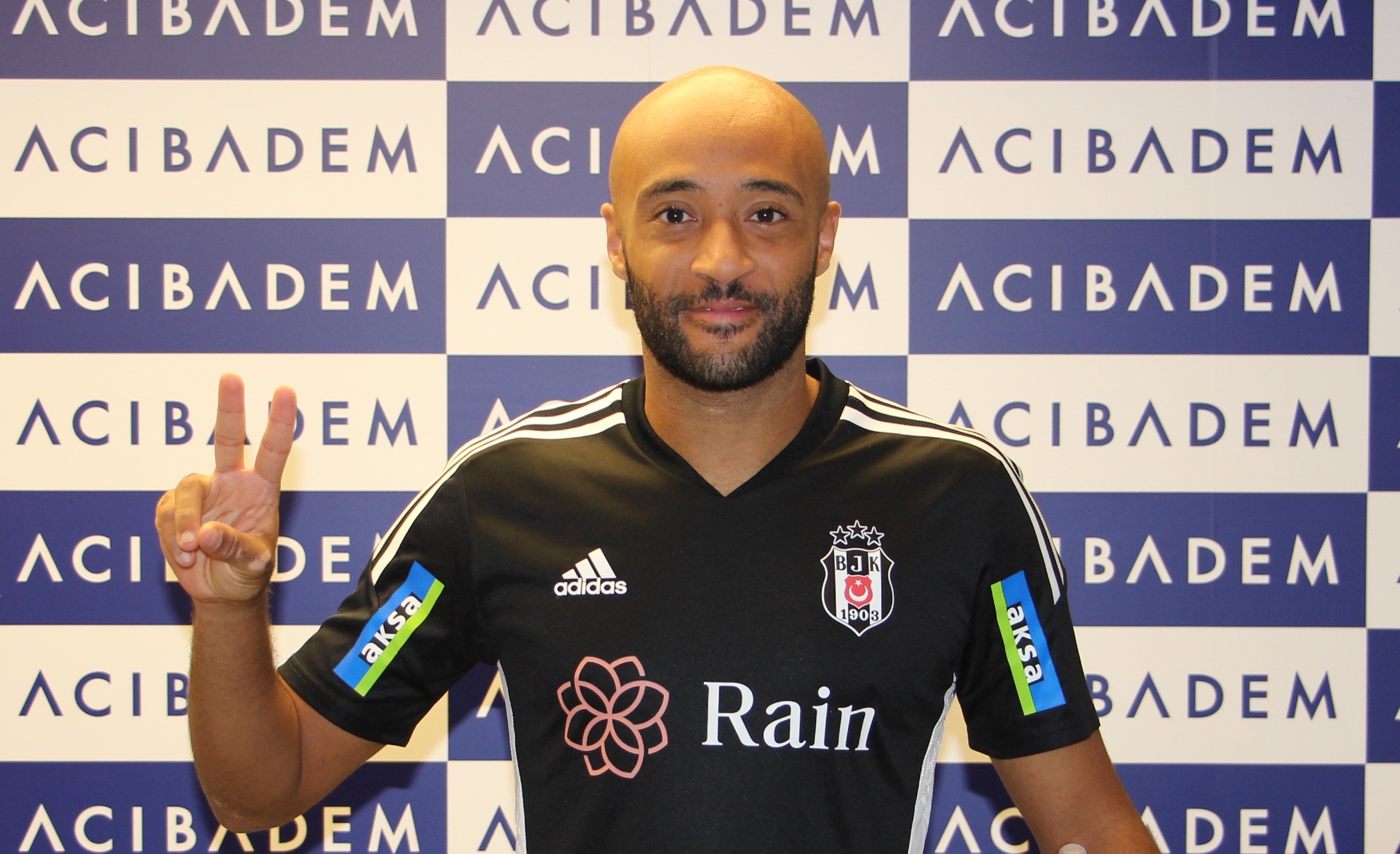 But there were 13 other City stars who played that day and many more throughout the season – so here SunSport reveals what has happened to them since.

The former England goalkeeper spent six more years between the sticks at the Etihad before being bombed out by Pep Guardiola when the Spaniard took over in 2016.

He spent two uninspiring loan spells at Torino and West Ham before moving to Burnley in 2018.

But the 35-year-old – who earned his 75th and last England cap in 2017 – also struggled for game time at Turf Moor and Tottenham.

He now finds himself north of the border after signing for Celtic last summer and he won the Scottish Premiership and League Cup. 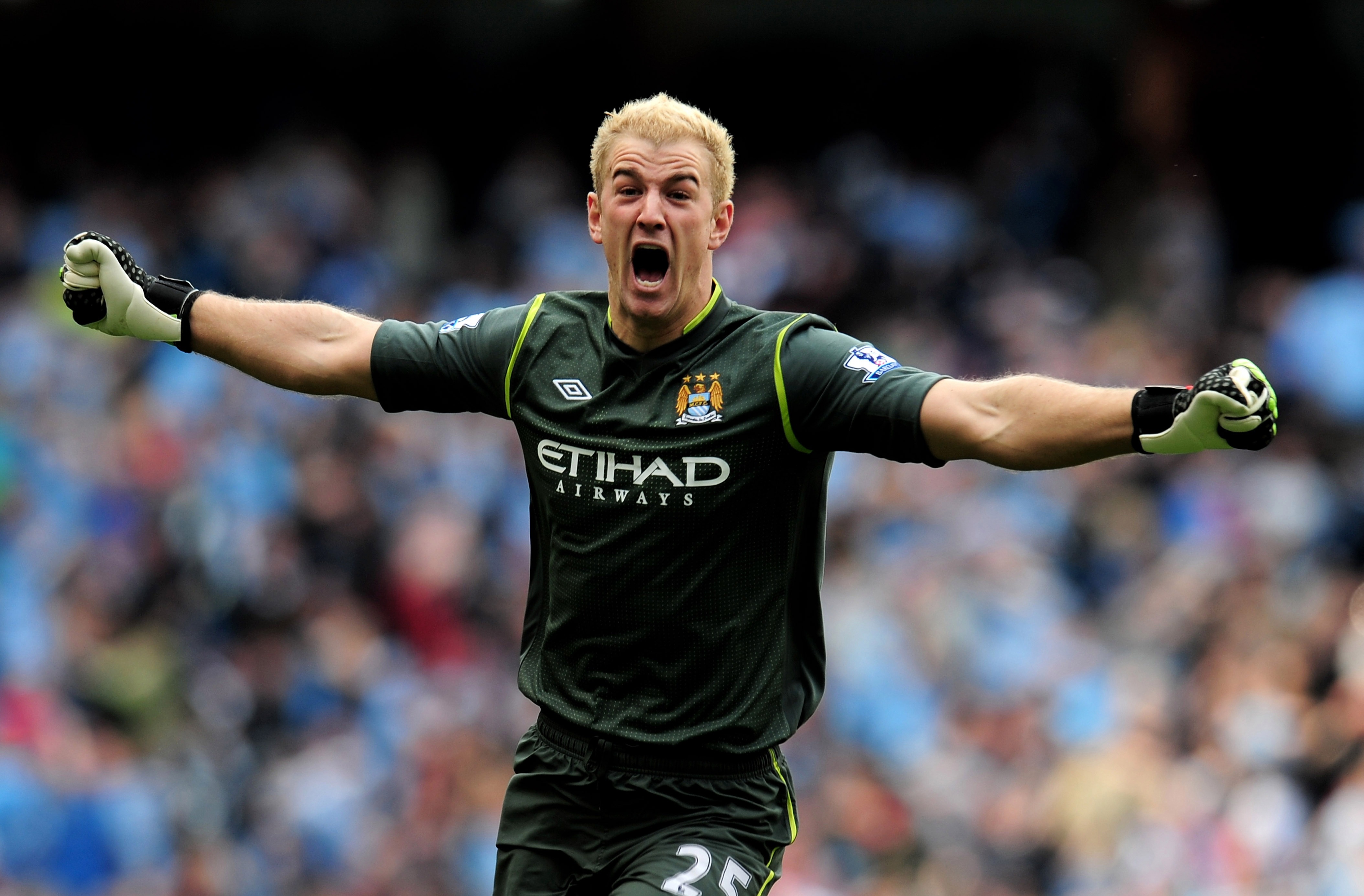 Opened the scoring in the historic game against QPR and will forever be adored in Manchester for several world-class campaigns during his nine years with the club.

He played for West Ham for three years after his 2017 departure and retired officially on October 16, 2020.

Zabaleta, now 37, is working on his coaching badges in a bid to go into management. 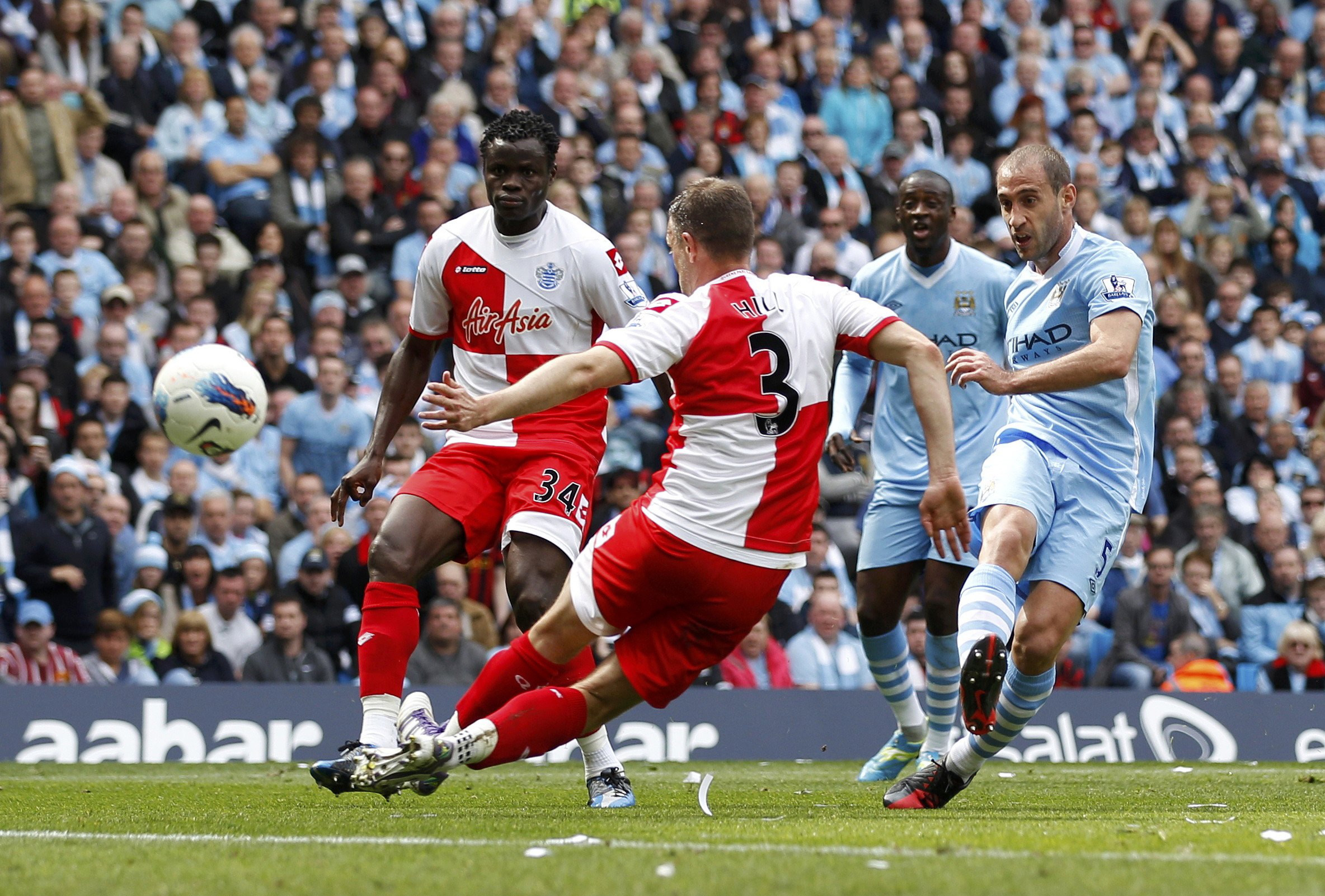 Few men will be revered as much as Kompany for generations to come at City.

Their iconic captain led the club with aplomb on and off the pitch until he left for Anderlecht in 2019.

Initially signed on a player-coach basis, the 36-year-old is now Burnley manager after coaching the Belgian side. 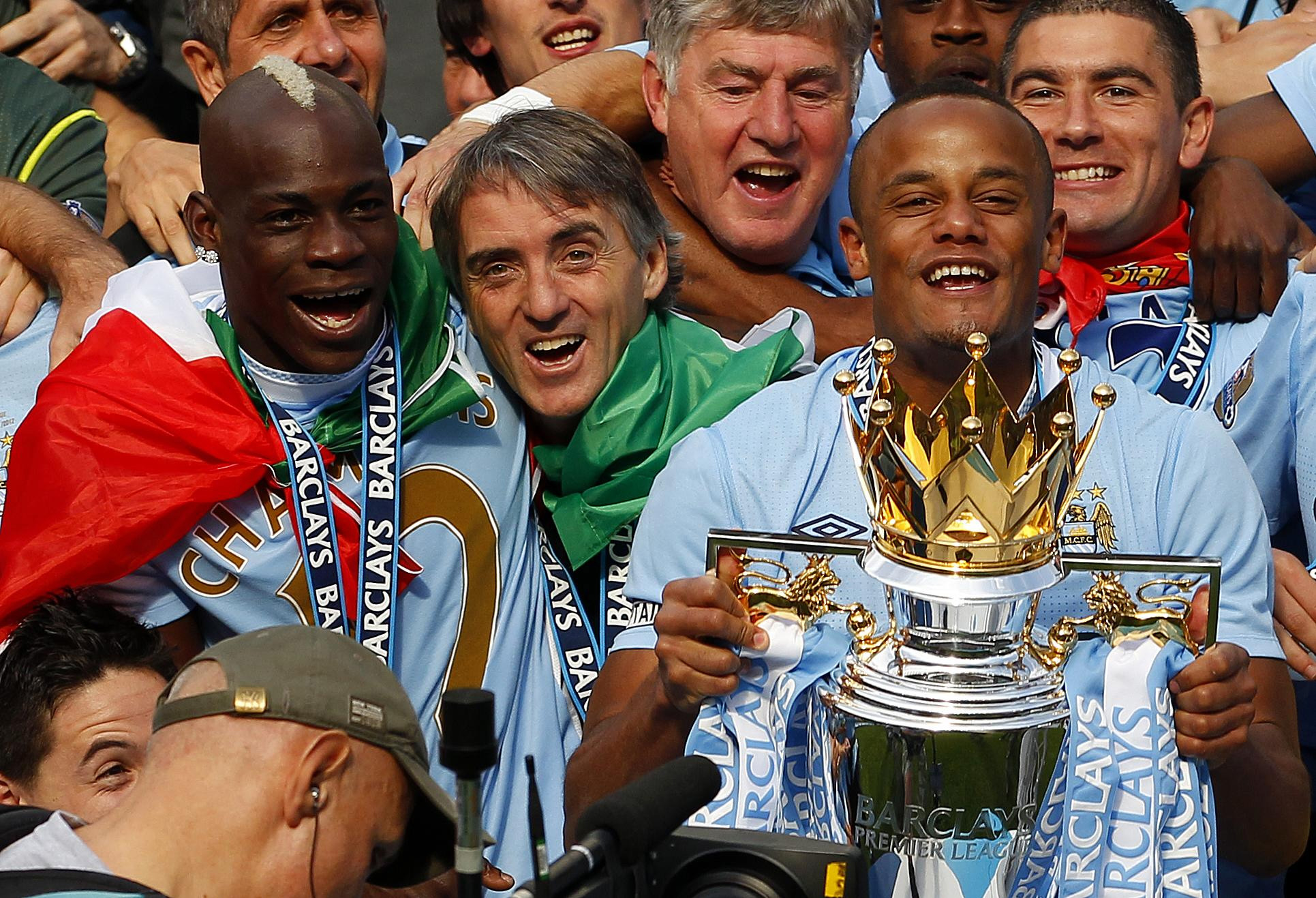 Having arrived from Everton in 2009, the centre-back appeared 31 times during the historic 11-12 season.

Eventually left for West Brom in 2014 before spending time with Aston Villa, AEK Athens and Sunderland before hanging up the boots in 2017.

Was involved in a bizarre story where Spanish club Racing Murcia claimed they had signed him to play in a cup game in November 2020.

But he never turned out for the fourth-tier side and has done punditry work on Sky Sports and BT Sport while also once working as the loans manager at the Etihad.

A stalwart in the title-winning campaign of 2011-12 – his first with City after eight years at Arsenal.

The Frenchman, 37, went on to win more silverware with City before he left in 2017 for Istanbul Basaksehir.

Left-back Clichy is currently with Swiss Super League side Servette whom he joined in December 2020. 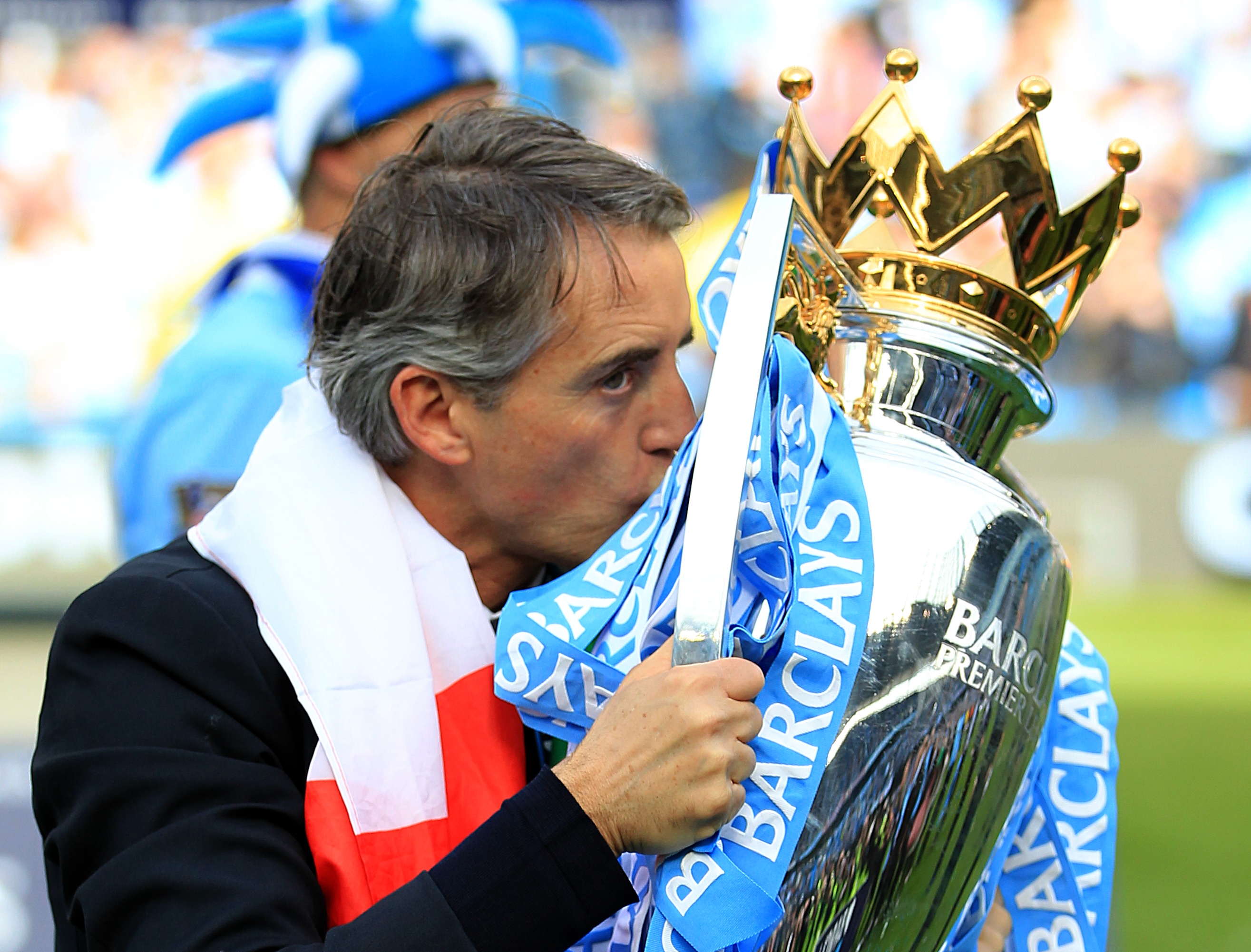 Another man who played the best football of his career at City after joining from Arsenal.

The French midfielder is often under-rated and instead remembered for the 'drip-doctor' scandal and his subsequent 12-month Uefa ban.

But the midfielder's performances on the pitch are fondly recalled by City fans.

Not so by fans of West Ham who Nasri joined in 2019 – impressing no one in a spell that fell between time at Sevilla, Antalyaspor and Anderlecht.

Nasri retired at 34 after being axed by former team-mate Kompany's side for flying to Dubai without contacting his club.

One of the finest players in Premier League history.

The Ivorian genius was the perfect combination of power, pace and ability and was an integral part of City's golden period of success.

Former Barcelona man played in China for Qingdao Huanghai after a spell at Olympiacos but retired in January 2020.

Toure, 39, has since served as assistant manager at Ukrainian Premier League side Olimpik Donetsk and Russian top-flight side Akhmat Grozny – both in 2021, lasting just months in each role. 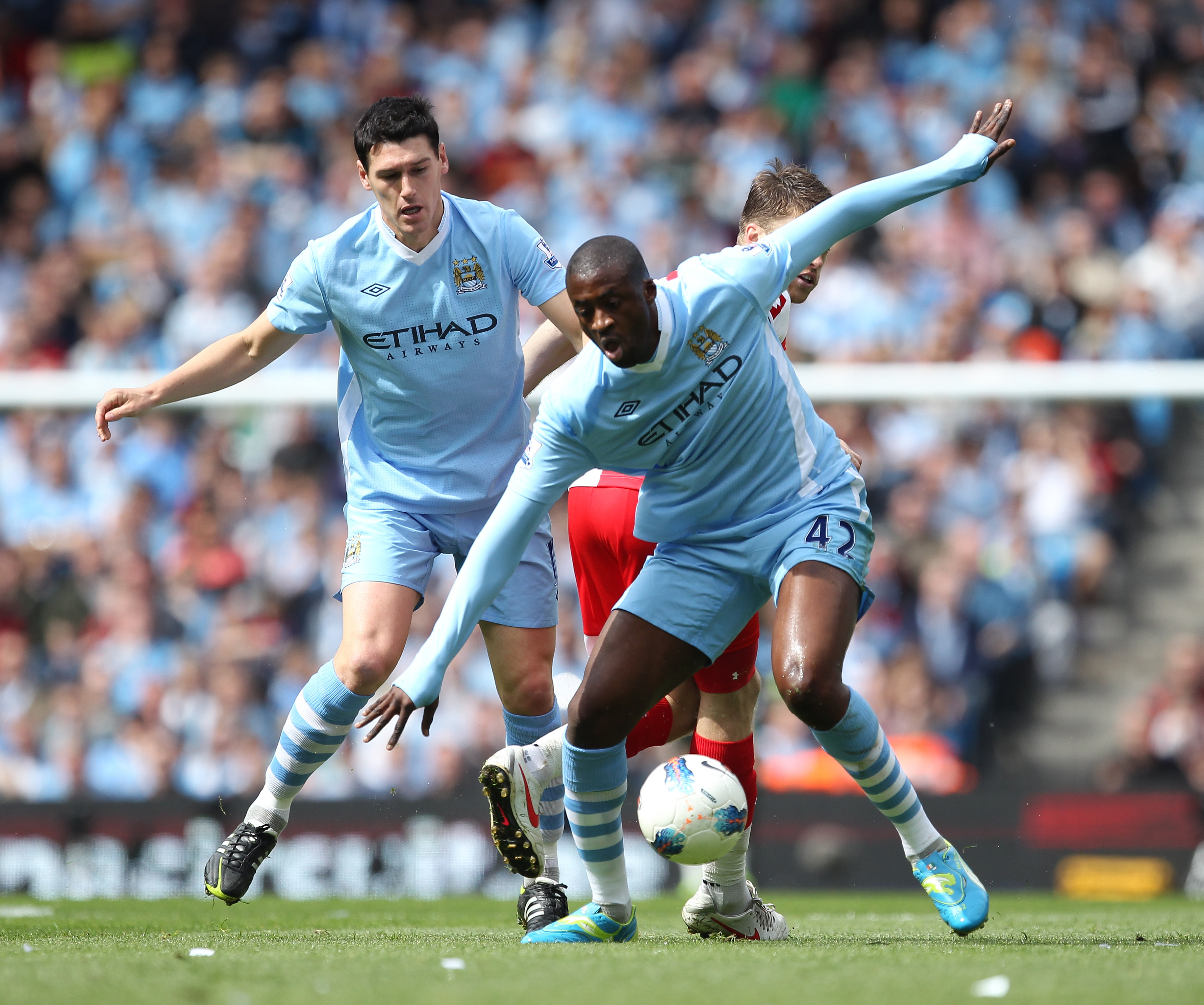 Mr Reliable holds the record for the most Premier League appearances of any player with 653.

Former 53-cap England international Barry, now 41, left City in 2013 for Everton – initially on loan before a permanent move in 2014.

He stayed at Goodison Park before leaving for West Brom in 2017 where he eventually retired at the end of the 2019-20 campaign.

The 36-year-old mercurial Spaniard only left City in 2020 after ten glorious years.

And his almost telepathic link with Aguero saw the two rip teams apart season after season. Now plays for Spanish side Real Sociedad where he won the Copa del Rey. 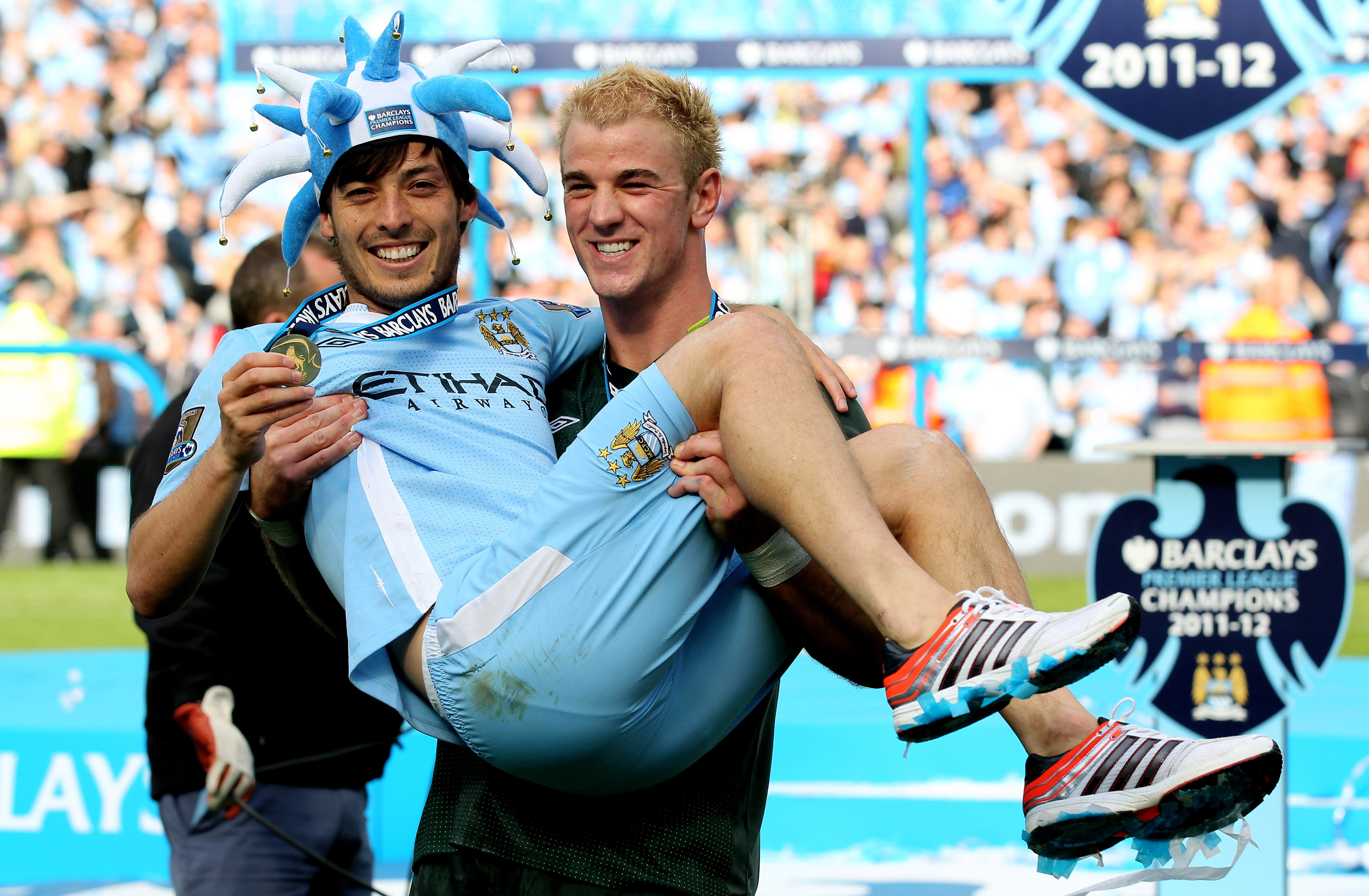 Tevez, now 38, did something few players have ever done and played for both City and United – although Paul Pogba could join that controversial list.

He spent four years at Old Trafford after bursting on to the scene at West Ham in the 2006-07 season.

But he made the controversial switch to United's bitter rivals in 2009.

The Argentine scored 73 times in 148 City appearances before transferring to Juventus in 2013.

He stayed with the Serie A giants for two years before returning to his beloved Boca Juniors.

Tevez did make a temporary switch to Shanghai Shenhua in 2017 – which he admitted was just for the money – but he went straight back to La Bombonera then announced his departure on mentalhealth grounds last June. 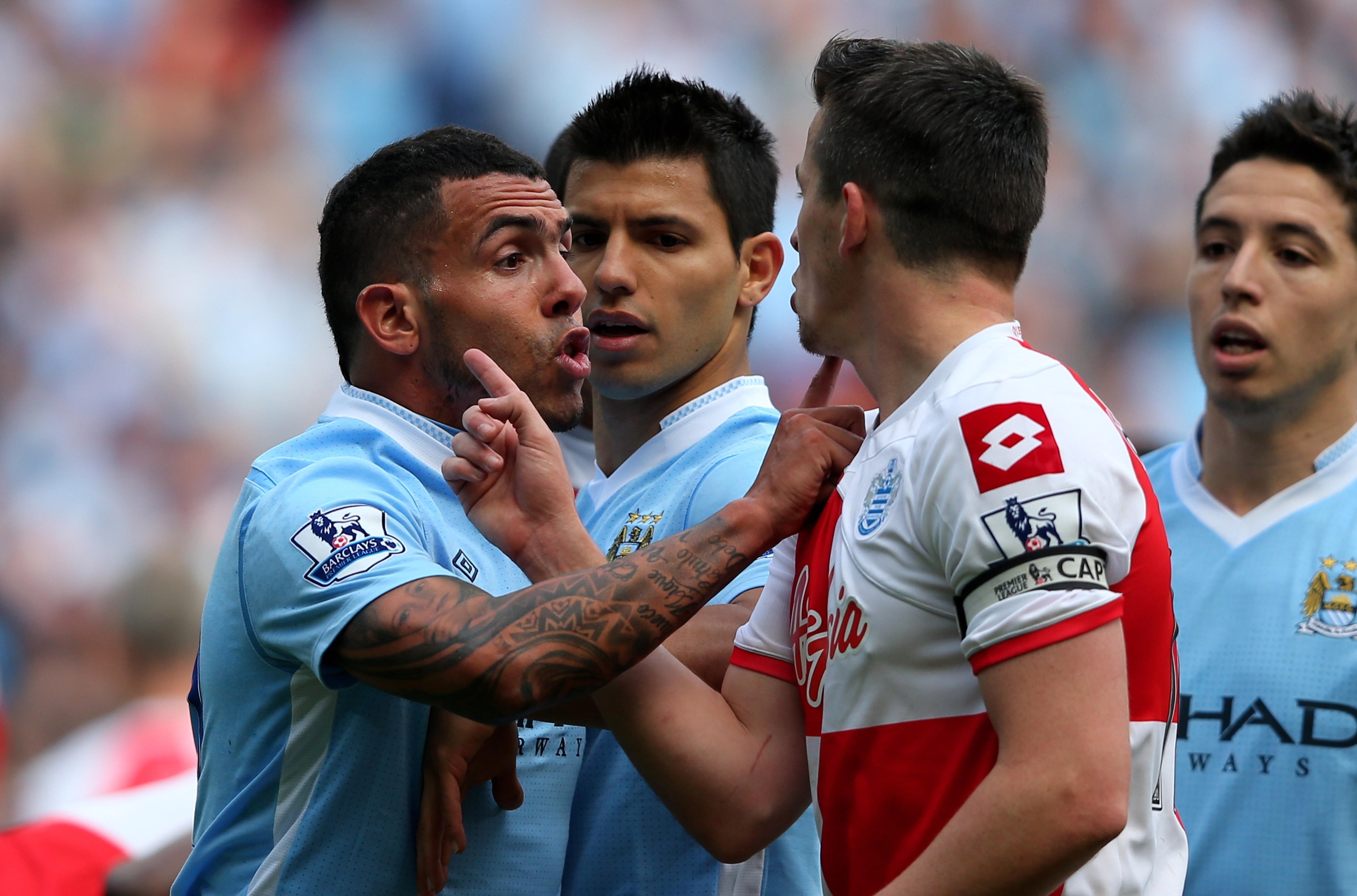 The Argentine was the last remaining member of the QPR match-day squad at City.

Aguero, 34, was forced to change his game when Guardiola arrived but he quickly implemented the pressing style into his game and will go down as one of the best players – if not THE best – to ever grace the Premier League.

The Argentina international played 390 games for City, managed a staggering 260 goals and joined Barcelona for free when his contract expired.

Aguero had to retire last season following a heart condition that left him struggling to breathe on the pitch. 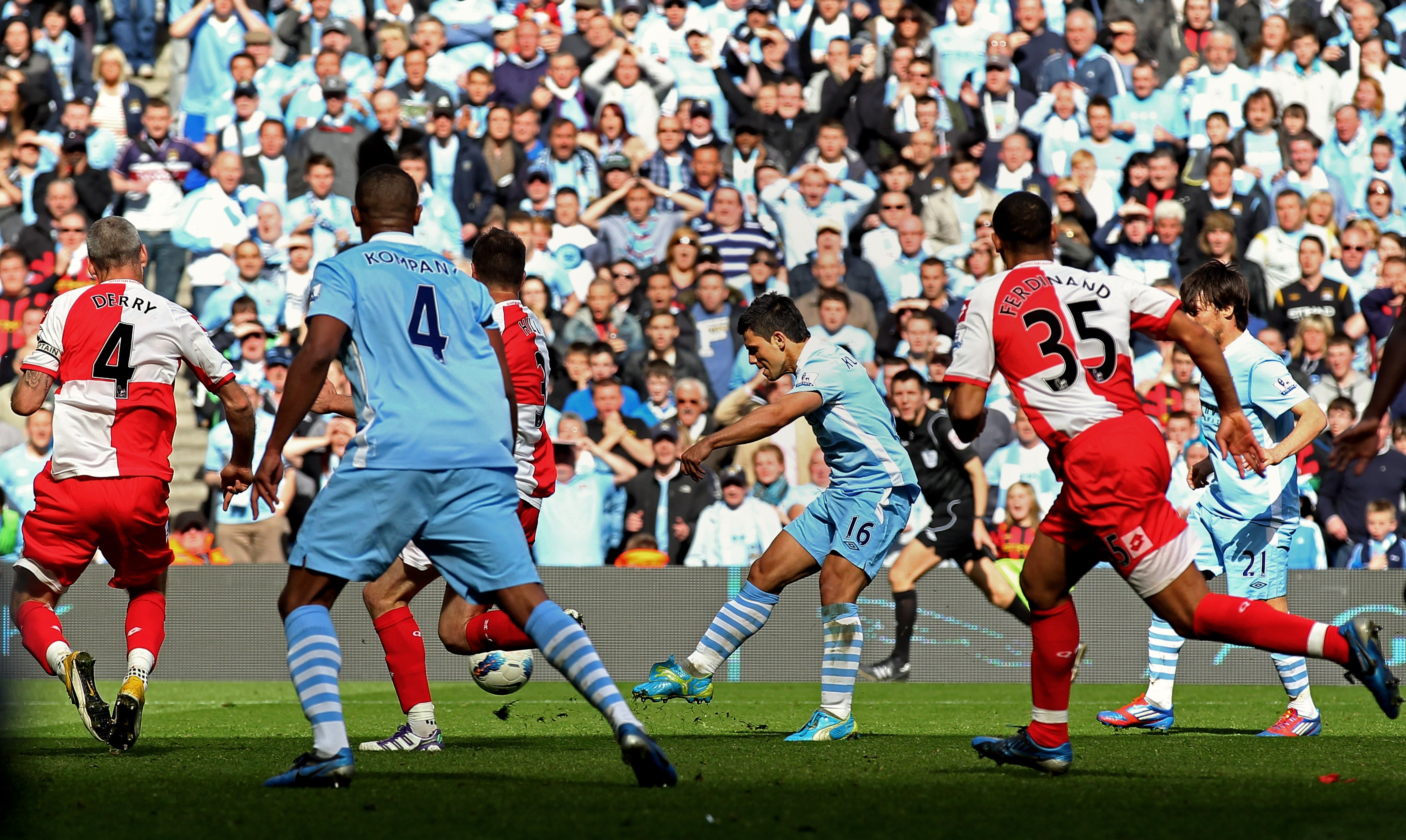 The Romanian did not feature at all in the Premier League during the 2012 title-winning campaign.

Has played for Sunderland, Watford and Nottingham Forest in England since and was most-recently at Turkish club Denizlispor.

Left on loan in 2014 to Fiorentina before a permanent departure to Aston Villa in 2015 after ten years with City.

Still only 34, Richards has become an elite pundit with his easy-going demeanour, infectious laugh and high-level analysis.

Spent three years at Roma from 2017 and played 15 games for Inter Milan before retiring from the game in 2022. 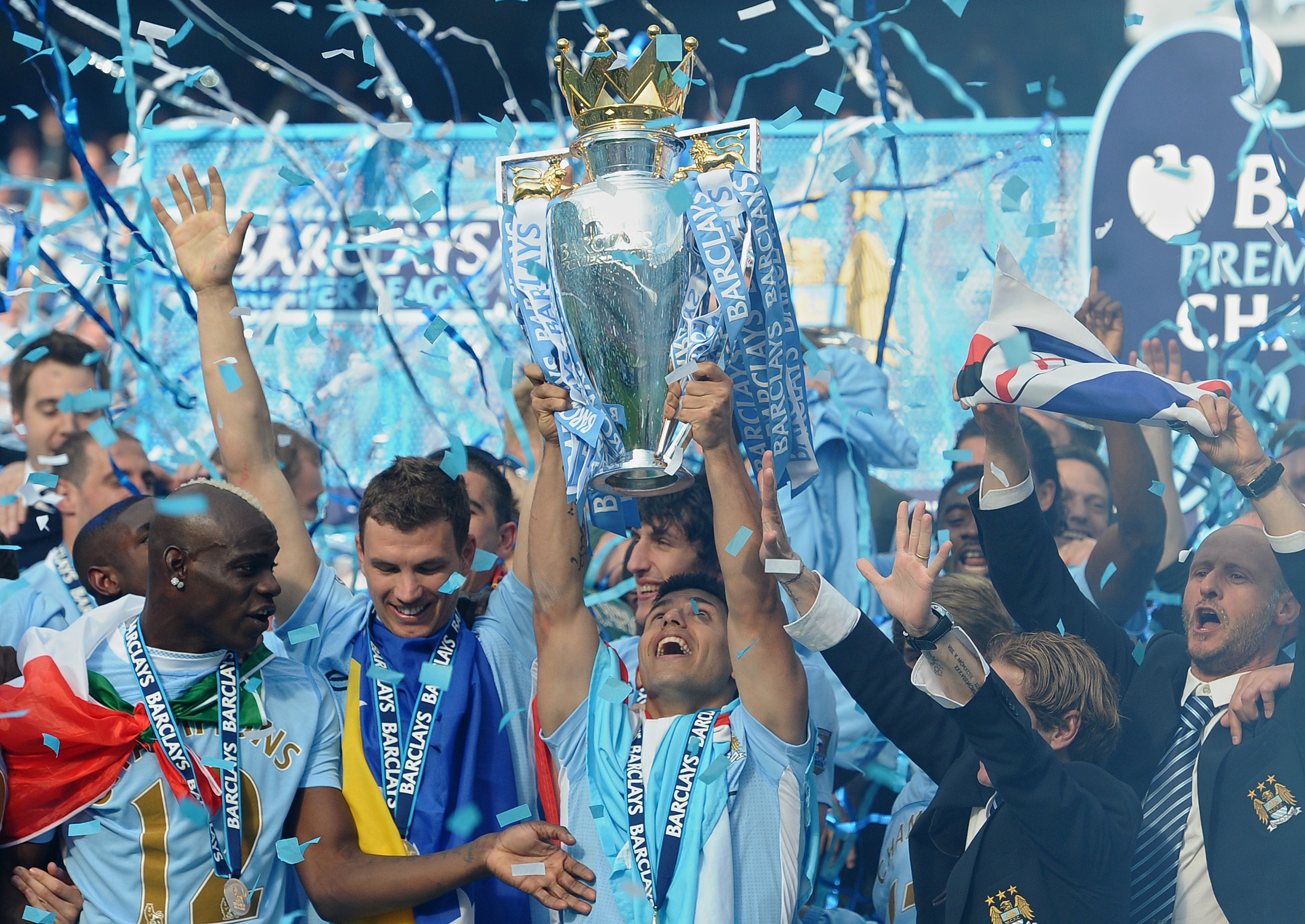 Jokingly nicknamed Mr Boring, Milner has been utilised as an elite versatility man for the last 11 years since he joined City in 2010.

Dutch midfielder is probably most famous for his karate kick on Xabi Alonso in the 2010 World Cup final.

Has played for AC Milan, La Galaxy, Galatasaray, Mainz and Al Ahli since.

Most recently played for Qatari club Al-Shahaniya and provides punditry for beIN Sports.

The 32-year-old 'why always me' renegade divides opinion across the football world.

An undoubted talent but lacked the work rate and attitude to stay consistent at the top level.

Monza's owner revealed the striker is drinking in the Last Chance Saloon after joining with the 'best intentions'.

And his seven-month contract was not extended as Balotelli signed for Turkish outfit Adana Demirspor in 2021, scoring 19 goals in 35 games. 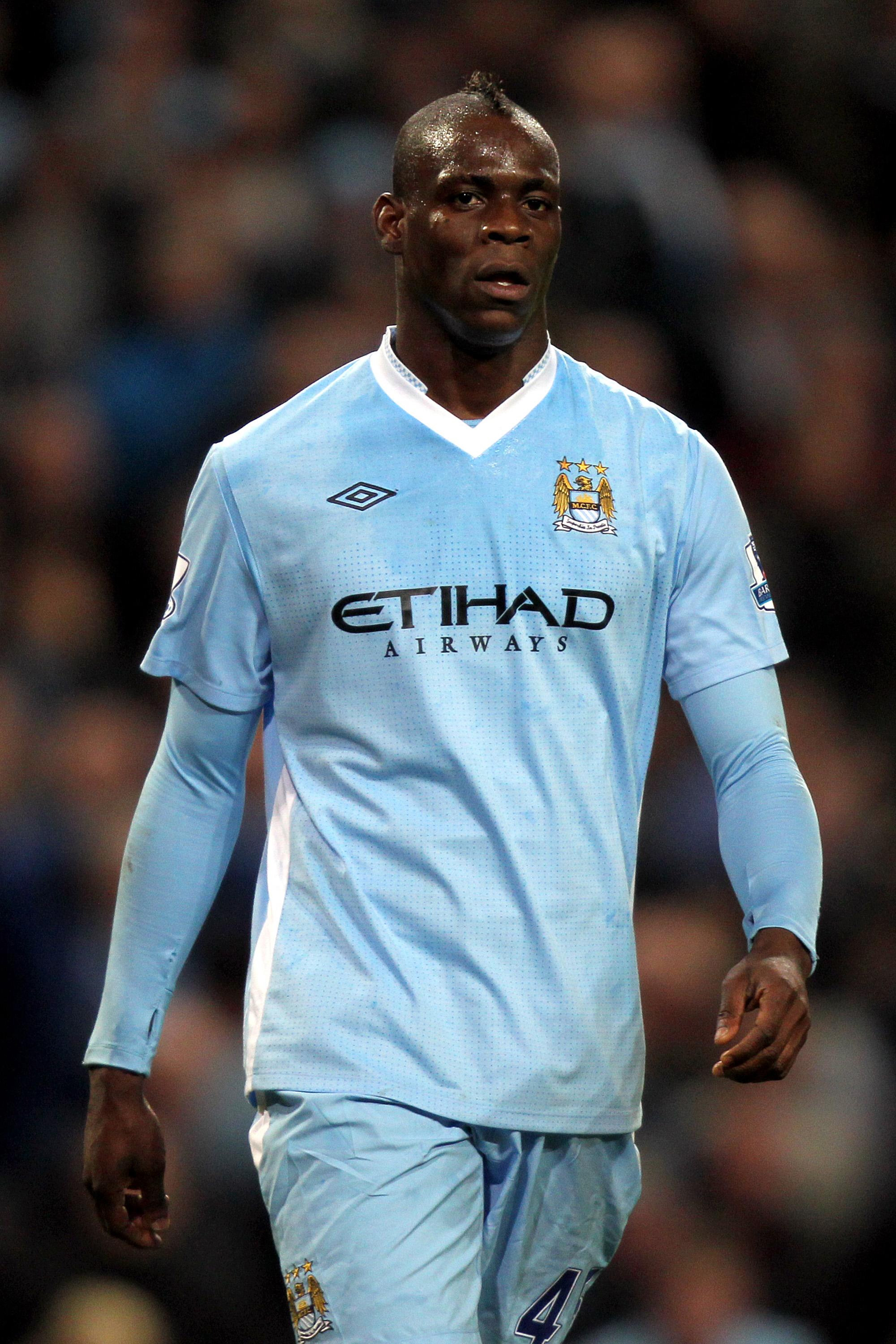 Came off the bench to score the equaliser against QPR.

The Bosnian, now 36, was predominantly used as a back-up striker during his five years with City from 2011-16.

The 120-cap hero scored 119 goals in 260 Roma matches but joined Inter Milan in 2021 and has continued his fine goal-scoring exploits.