Man Utd 2021-22 shirts LEAKED: Clearest pictures yet emerge of all three new kits and fans have mixed reaction of design 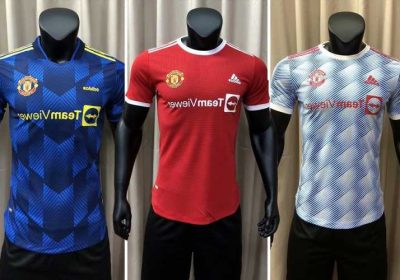 NEW pictures of Manchester United's three kits for the 2021-22 season have been leaked with fans divided by the designs of the shirts.

Blurry images of the Red Devils' proposed jerseys emerged on social media earlier this month, but now clearer snaps have been released. 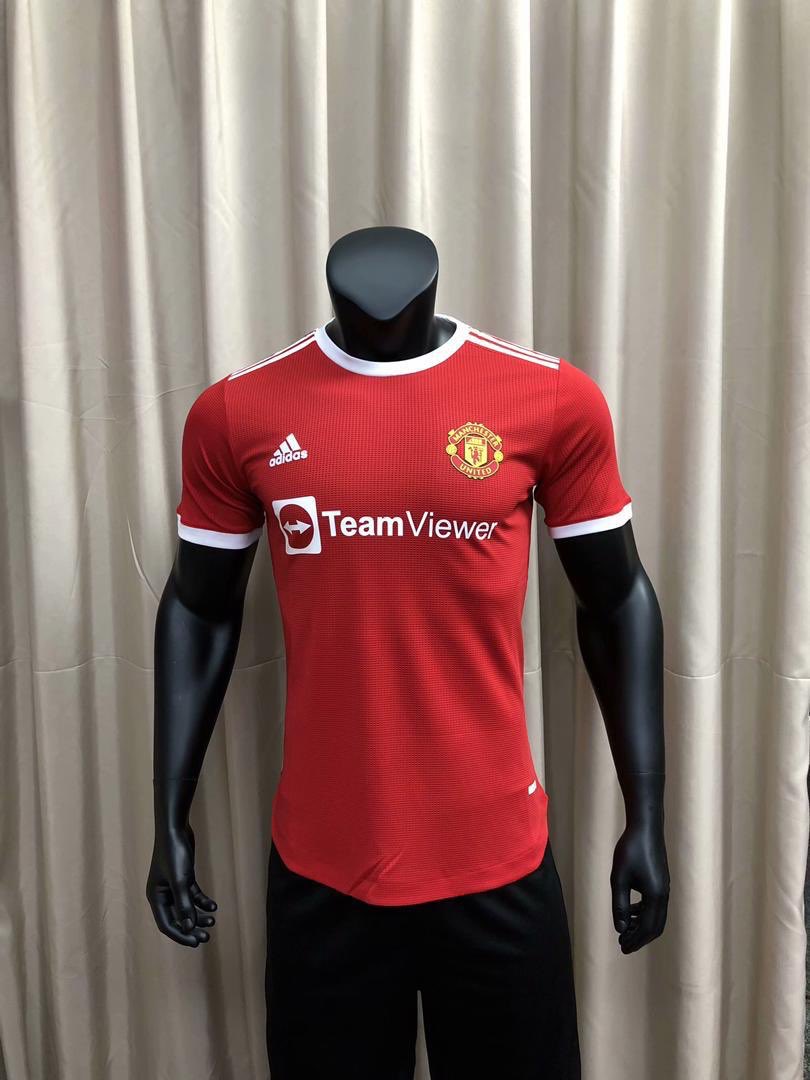 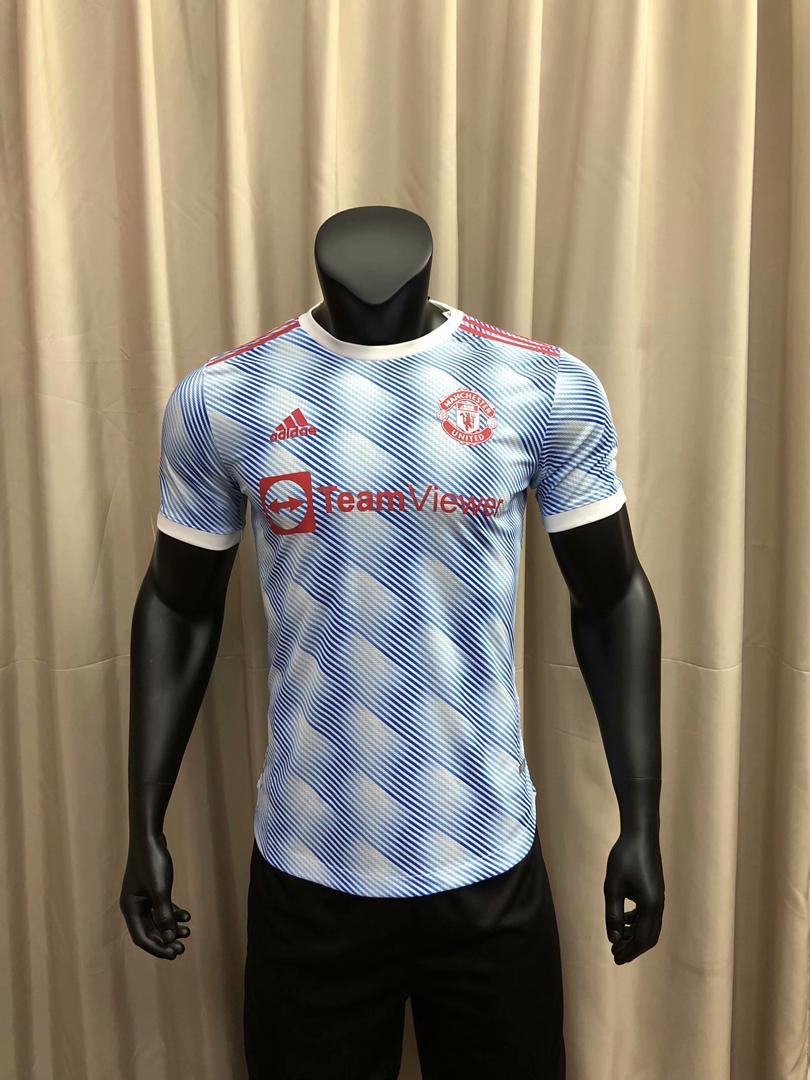 All three tops show United's new shirt sponsor TeamViewer in the middle after the global technology company agreed a five-year deal worth £235million.

TeamViewer will pay a staggering £47million-a-year to feature on United's shirts and will replace Chevrolet from the start of next season.

In pictures obtained by the United Journal, all three Adidas kits have three stripes running down the shoulders.

The traditional red home top boasts a white collar, while the 'Cloud White' away strip has taken inspiration from the 1991-93 shirt.

For the navy blue and yellow third kit, Adidas have went for a bold look which resembles four dark arrows pointing downwards.

Supporters are divided over the shirts, as one fan tweeted: "Yes to the red; the dark blue is ok; no chance on the light blue."

Another commented: "Wtf is that third kit. Home and away kit look fine."

A third added: "We gotta stop these away kits man those are bad. Home and third I can get behind." 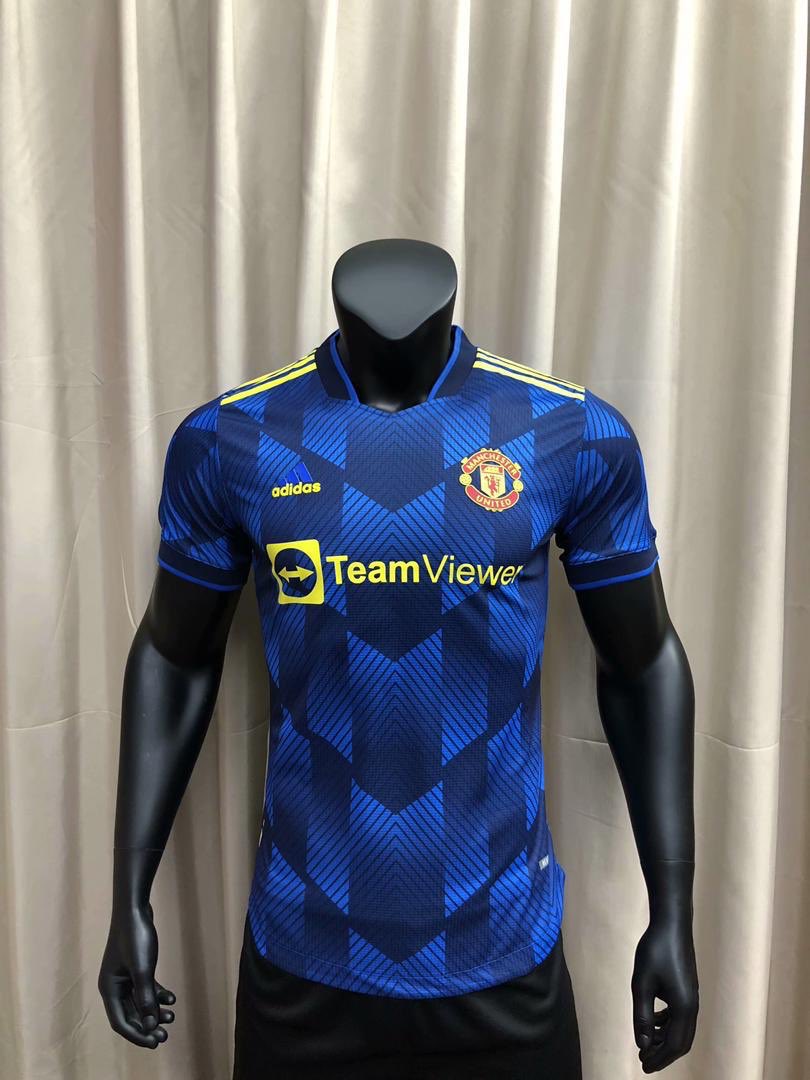 Meanwhile one remarked: "I would love to buy every single one of these but I don’t want to give money to the Glazers.

"The struggles of being a United fan."

Another said: "The away kit looks like a training kit and idk about the 3rd one."

One simply stated: "The away and third kits are class the home not so much."