MANCHESTER UNITED breezed into the Europa League quarter-finals with a 7-1 aggregate win over LASK.

But they made it look far from easy on the night as a heavily-rotated side looked sloppy and uninspired at Old Trafford. 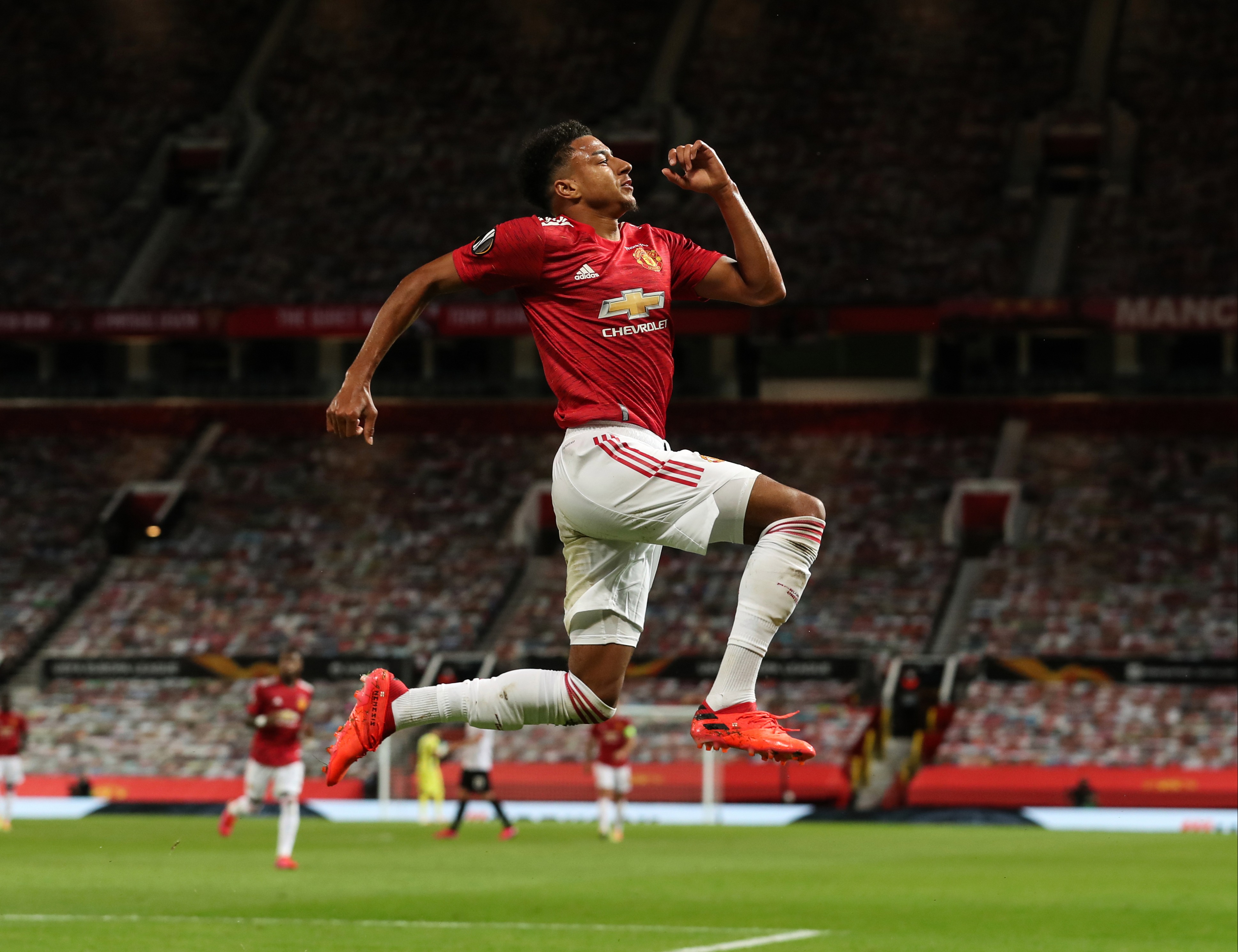 Already leading 5-0 from the first leg a whopping 146 days ago, goals from Jesse Lingard and sub Anthony Martial spared the Red Devils' blushes after a stunning strike from Philipp Wiesinger put the Austrians ahead on the night.

England midfielder Lingard scored in back-to-back games for the first time since December 2018 before Martial became United's outright top scorer this season with his 23rd of the campaign.

But on a night where only two players retained their place from the Premier League final-day win at Leicester, it was an opportunity for other fringe men to stake their claim to face Copenhagen in the last eight.

Was beaten all ends up by an early Andres Andrade header which looped back off the crossbar… and then by an absolute thunderous strike from Wiesinger which flew into the top corner.

But was solid enough between the sticks when dealing with balls into the box… with BT Sport analysing Romero claiming crosses at half-time due to the complete lack of meaningful action.

As understudy to Aaron Wan-Bissaka, it was a performance similar to the former Crystal Palace man: solid defensively, a couple of nicely-timed slide tackles but looked a bit lost once in the attacking third.

And that was epitomised by a moment in the second half when the ball fell to him inside the box… but rather than hitting it first time, he took a touch then blasted over. D'oh!

Brought back in following his head injury sustained in the FA Cup semi-final defeat by Chelsea.

But he was in the wars again when he took a stray knee to the head which momentarily threatened to cut his evening short. Defensively sound throughout.

The Manchester United captain, playing his 59th match of the season, was one of the two defenders to keep his spot in the starting XI.

But with very little to challenge him in his own half, Maguire offered United's only threat in attack in the first half with statistically their only two shots – both headers off target – in a drab opening half.

The academy graduate penned a new four-year contract at Old Trafford yesterday and celebrated by also staying in the team.

Probably should have topped it off with an assist when he made good ground down the left but his low cross managed to evade Daniel James and Lingard.

Luke Shaw, out for the rest of the campaign, was not missed again and will do well to earn his place back next season. 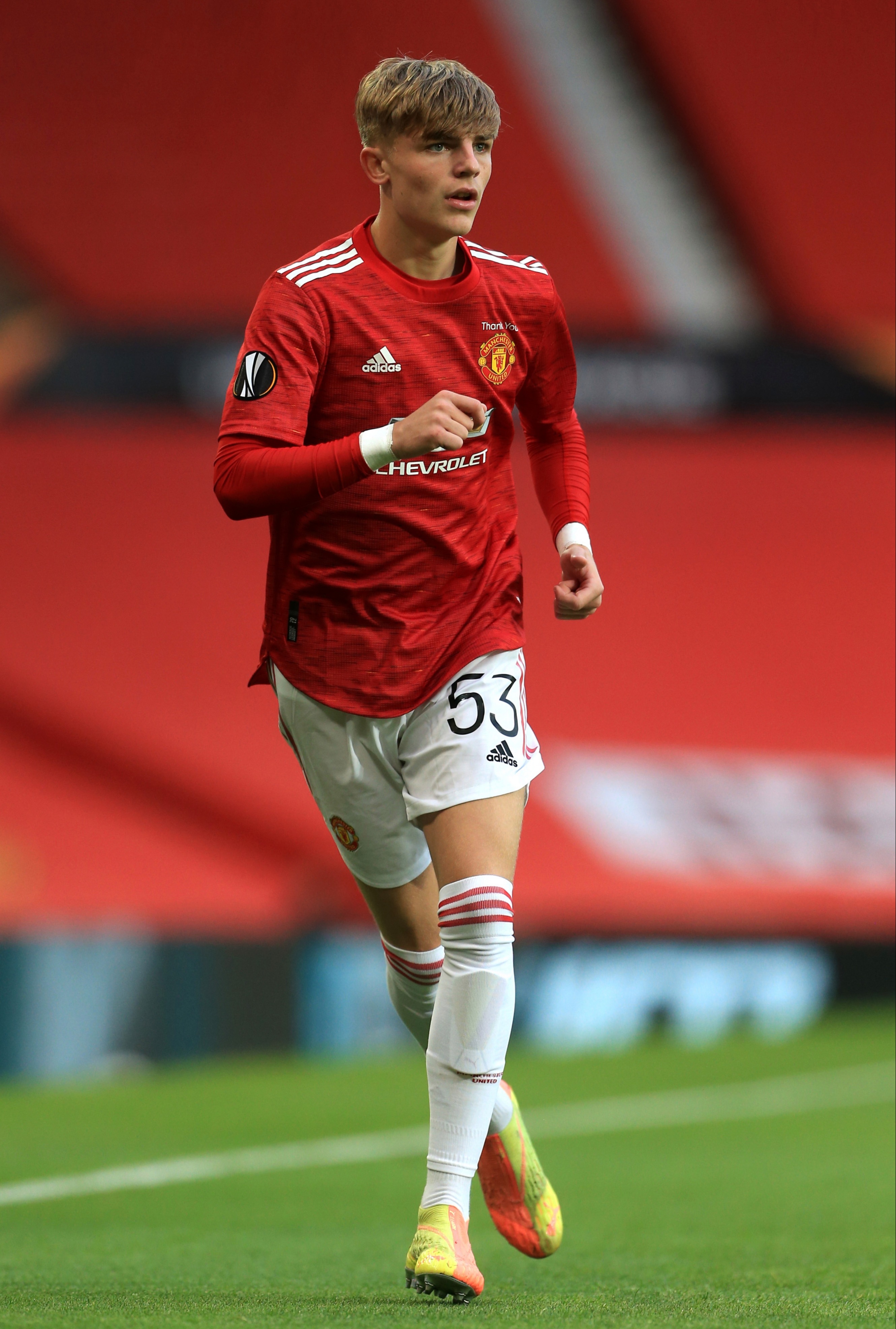 Given a chance to shine as a starter in place of in-form Nemanja Matic… but did little to prove why he should displace the Serb for the quarter-final.

Picked up a stupid yellow card before the break for a needless, late sliding challenge on Balic who was going nowhere in his own half.

One thing is guaranteed with the Scot and that is sheer hard work, demonstrated with some excellent tracking back in the late stages then moments later was at the other end to fire wide.

A quiet and largely uneventful game for the Brazilian, who did nothing of note in the entirety of his 64 minutes on the pitch.

Was replaced by Paul Pogba, who will surely come back in from the outset on Monday.

Should have grabbed an assist within the first three minutes but fluffed his lines when all he had to do was thread the ball across to Ighalo.

Made amends with a cheeky chipped ball in behind the LASK back line to set Lingard away for the equaliser but still failed to take hold of the match as we have seen him do so effectively over the years.

Deployed in the No10 role and started brightly with a neat turn and delightful diagonal to set Mata away down the right.

With the game at risk of getting away from him, Lingard got a crucial goal – more for him personally than the tie as he fights for his future – as he raced clear and tucked home to add to his finish at Leicester.

United may have been debuting their new kit but it was more of the same from James who continues to play like a man lacking confidence rather than the early-season sensation.

Got himself into some strong positions in dangerous areas but time and time again wasted his final ball. Swapped over to the right wing in the second half but it was more of the same.

Looking to maintain his 100 per cent goalscoring rate in matches he has started for United, almost did exactly that on the half-hour mark – cut inside well but didn't get a proper effort away.

Early on in the second half, should have opened the scoring but again, after a neat turn, his shot was far too tame and easily saved.

Against opponents he would have been keen to return to the goals against, was far too quiet throughout as he watched the game pass by. 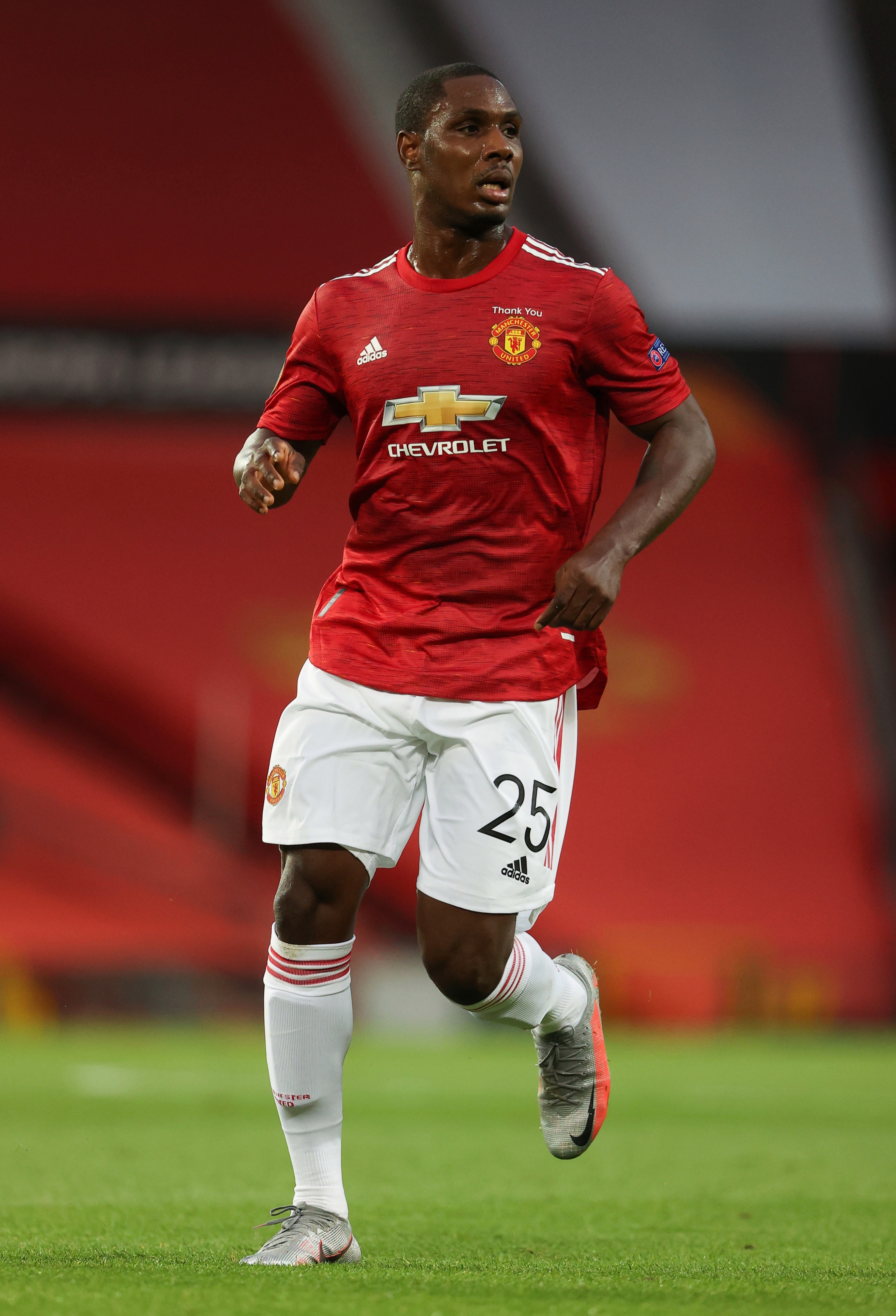 Lingard was aggrieved to come off after a better performance. Pereira moved on to the left but failed to make an impact.

A gentle run around for the Frenchman who tried to pull the strings from his deep midfield role, almost finding James with one particular effort.

Filled in at left-back but pushed right up as United looked for a winner on the night.

Replaced the ineffective James for the final few minutes… and three minutes later he did more than the Welshman managed in 84 by showing quick feet and slotting in via the keeper's foot.

Came on at right-back for his Manchester United debut, the eighth academy graduate to do so this season, and looked comfortable enough when on the ball. 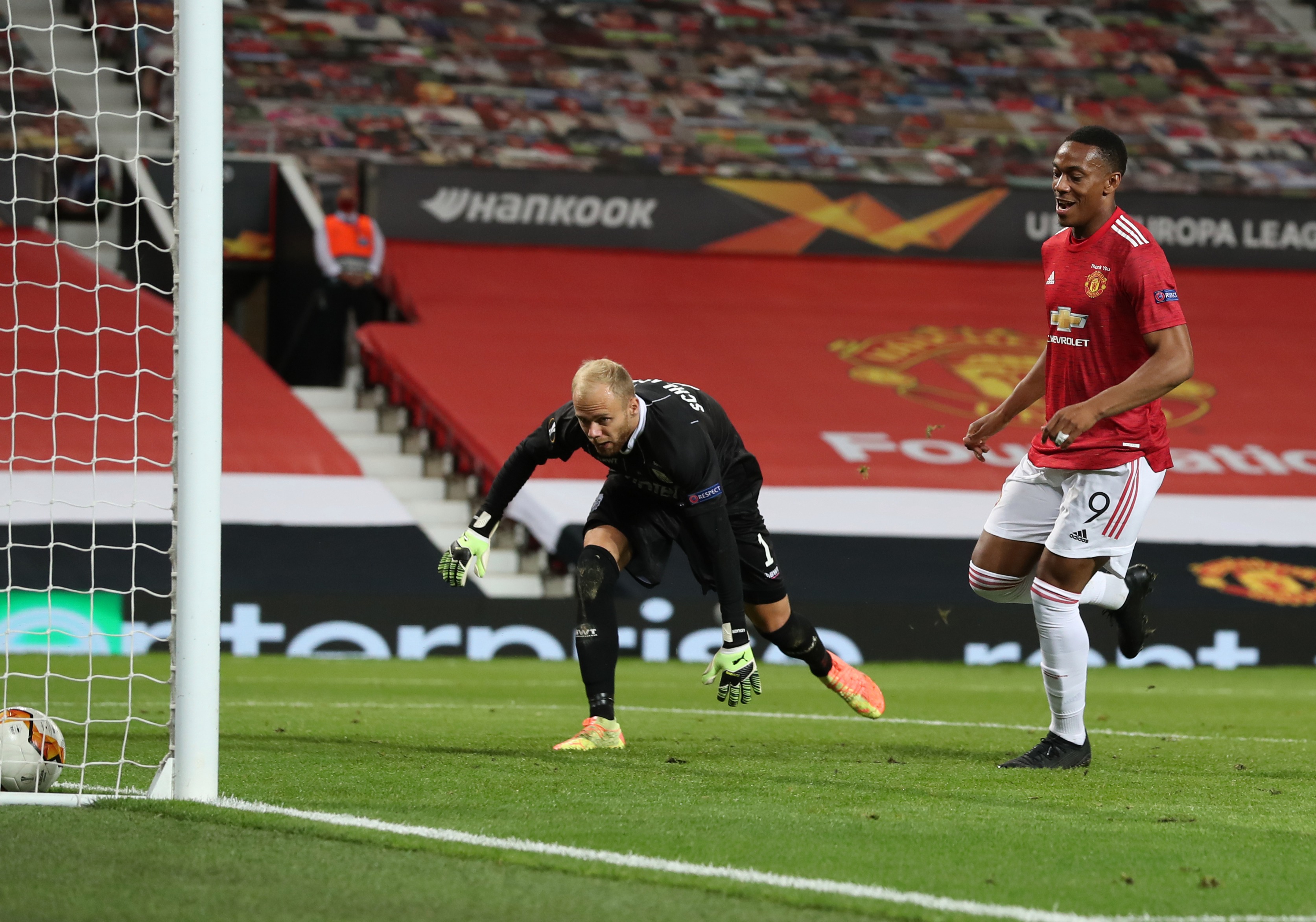 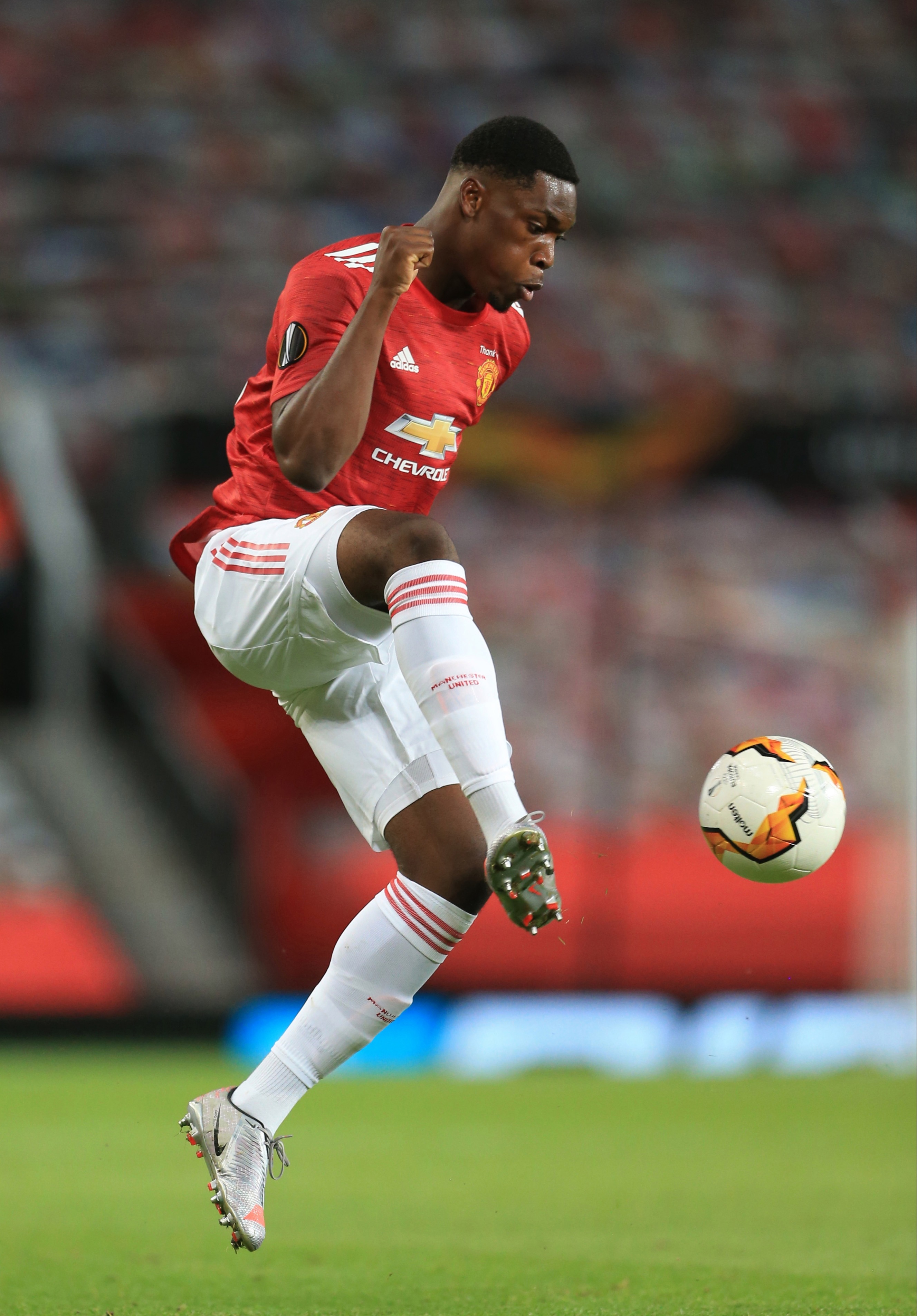