United reportedly agreed a deal to sign the 16-year-old in May. 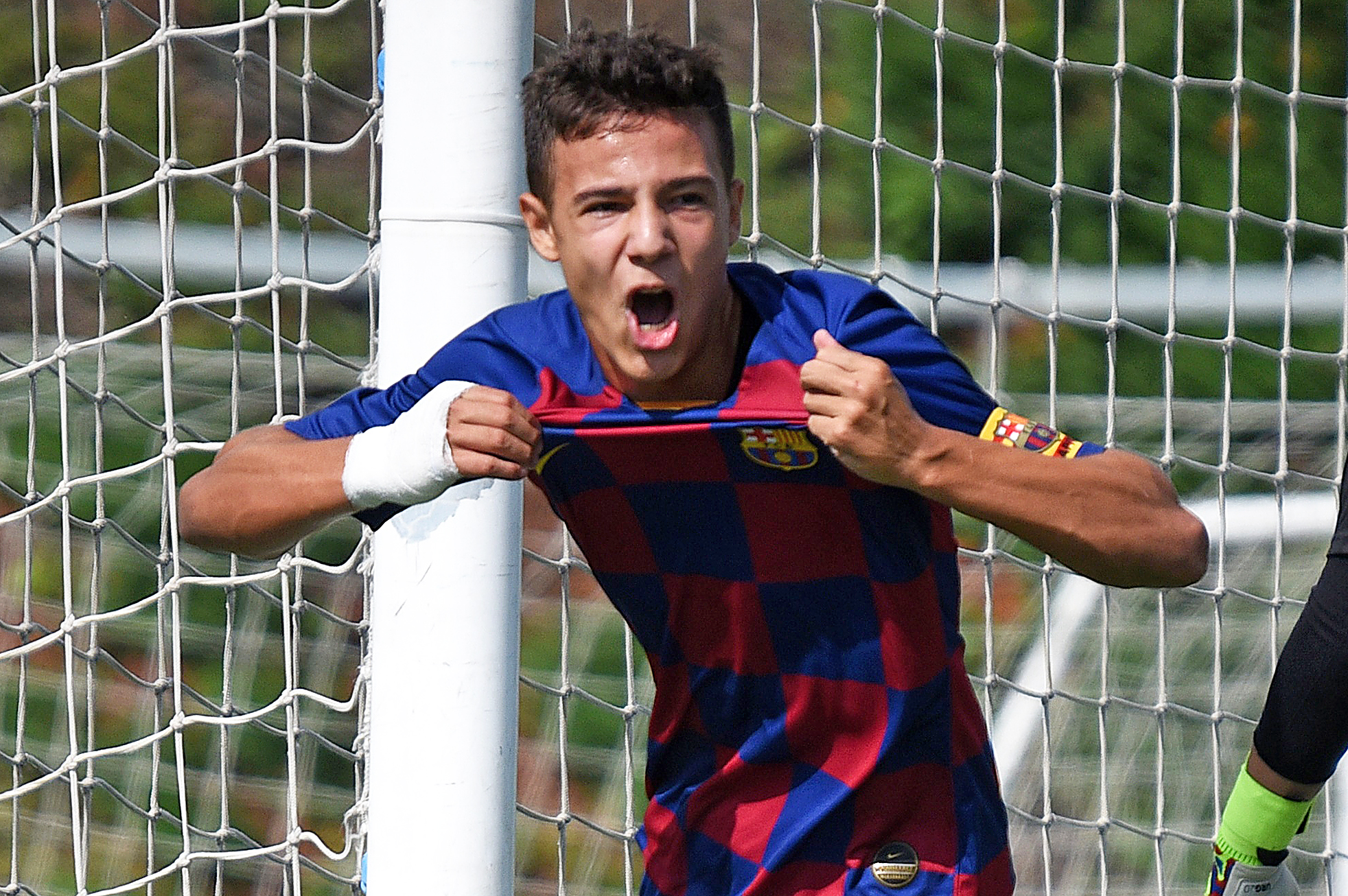 And the right-back is said to be waiting on international clearance.

Although United are yet to announce the signing, Jurado's online activity suggests it is only a matter of time.

After United crashed out the Europa League to Sevilla on Sunday, Fernandes took to Instagram to share his disappointment.

He wrote: "Unfortunately our journey in the Europa League ends here.

"It wasn't what we expected. We wanted to be in the final and fight for the trophy we so desired.

"Whilst we congratulate Sevilla for making it to the final, we still played well and we didn't deserve to stop here."

And writing as if he were already a United player, Jurado wrote: "We keep fighting."

Jurado has been at Barca's famed La Masia academy for the past nine years.

However, he has decided to try his luck in England despite still being a teenager – just like Cesc Fabregas and Gerard Pique.

Barcelona were confident of keeping Jurado tied down to the club after seeing fellow prospects Ansu Fati and Ilaix Moriba commit to new deals.

However, United are now toasting the capture of the highly-rated prodigy as Ole Gunnar Solskjaer looks to invest in youth and bring back the glory years to Old Trafford.

Jurado was born in Sabadell, some 18 miles from Barcelona, in Catalunya.

He showed promise playing for his local team, CFU Can Rull before he joined La Masia at the tender age of seven.

Jurado was considered an important part of Barcelona's future, and after tying down Ansu Fati and Ilaix Moriba to long-term contracts their hierarchy were hopeful Jurado would follow suit.

But, it is believed he feels he will have a better chance of first team football playing for United.

A modern full-back in the Spanish mould of Bellerin, Jurado does his best work going forward.

Blessed with bags of pace, he constantly looks to overlap and provide an attacking threat on the right-hand side.

He was one of the best players in Barcelona's Cadet A team this season, and it was expected that he was going to promoted to their Juvenil B side.