He had received a warm welcome and a present from Sir Alex Ferguson but it ended with taunts as Manchester United fans chanted ‘Arsene Wenger we want you to stay’. 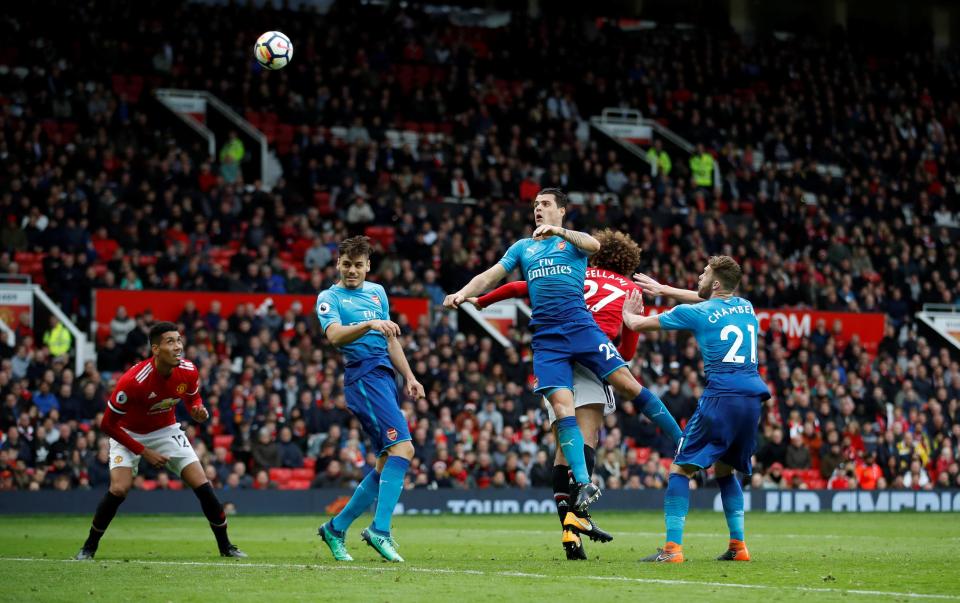 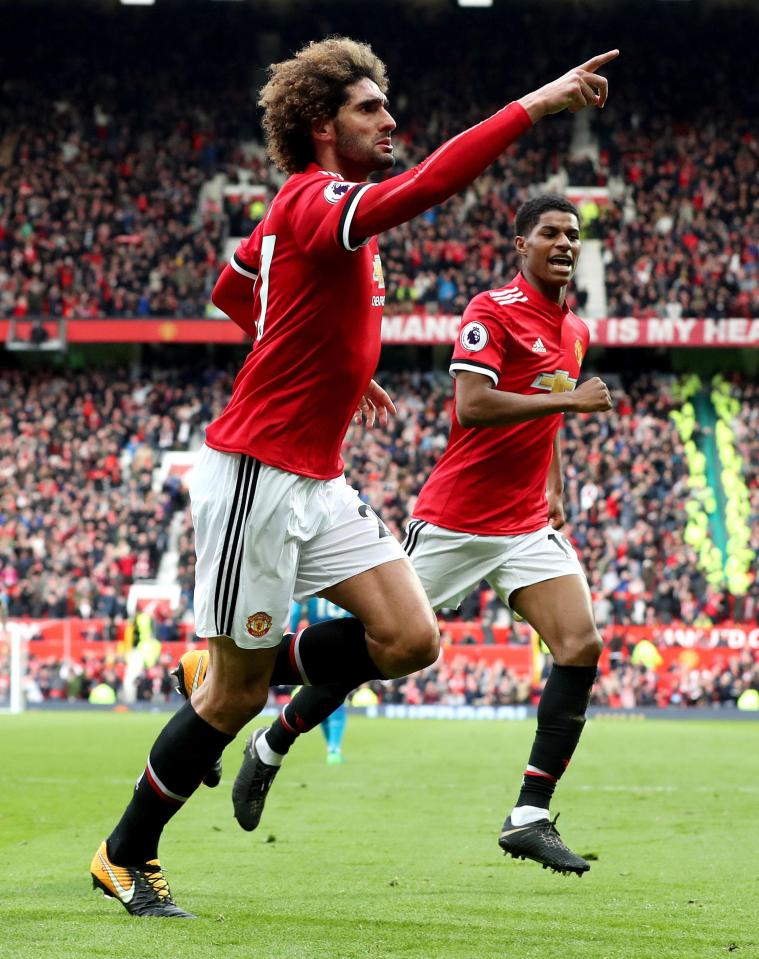 They had just witnessed Marouane Fellaini score a dramatic injury-time winner to keep Manchester United on course for runners-up spot.

He met Ashley Young’s cross to send home a header and end the resistance of second string Gunners side.

It had seemed that former United player Henrikh Mkhitaryan had nicked the Gunners a point.

Mkhitaryan left here as part of the deal to bring Alexis Sanchez to Old Trafford. 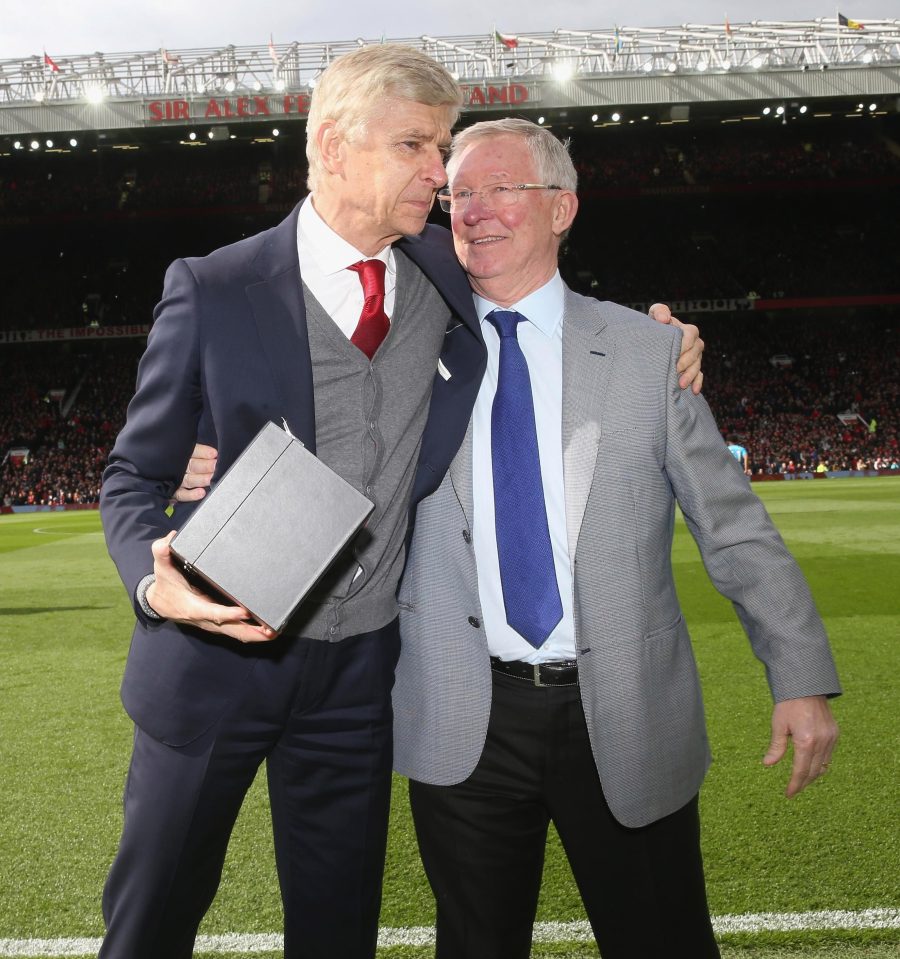 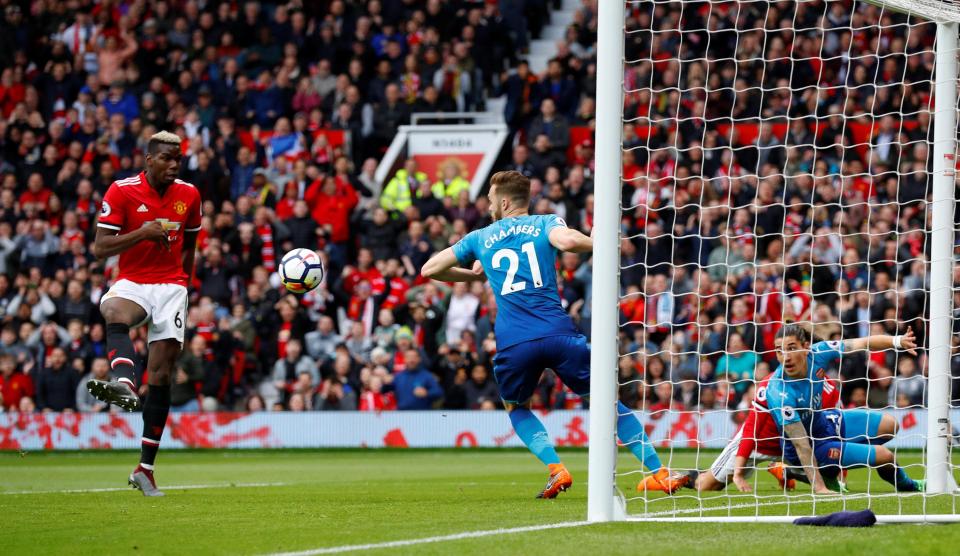 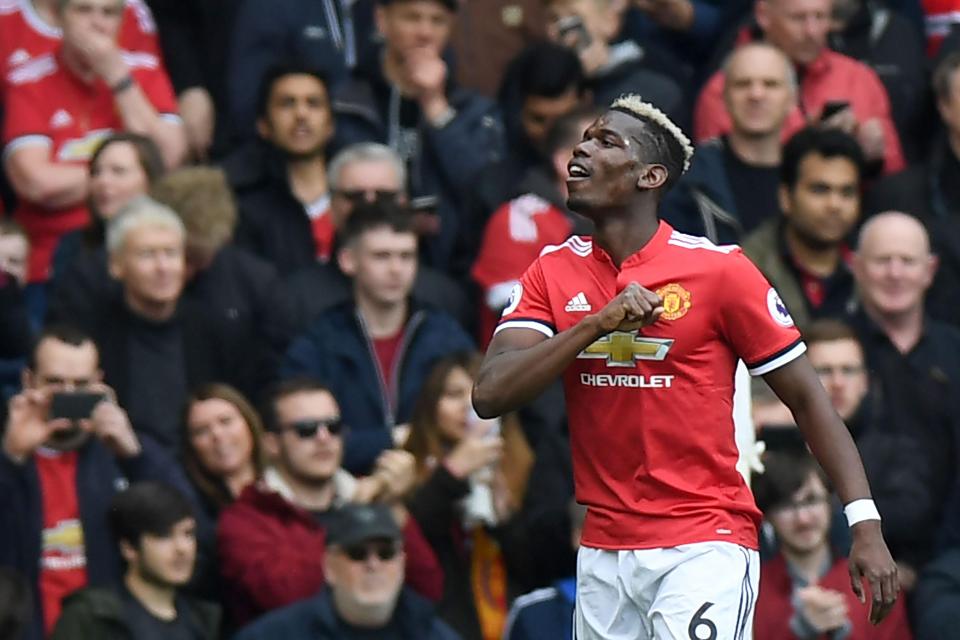 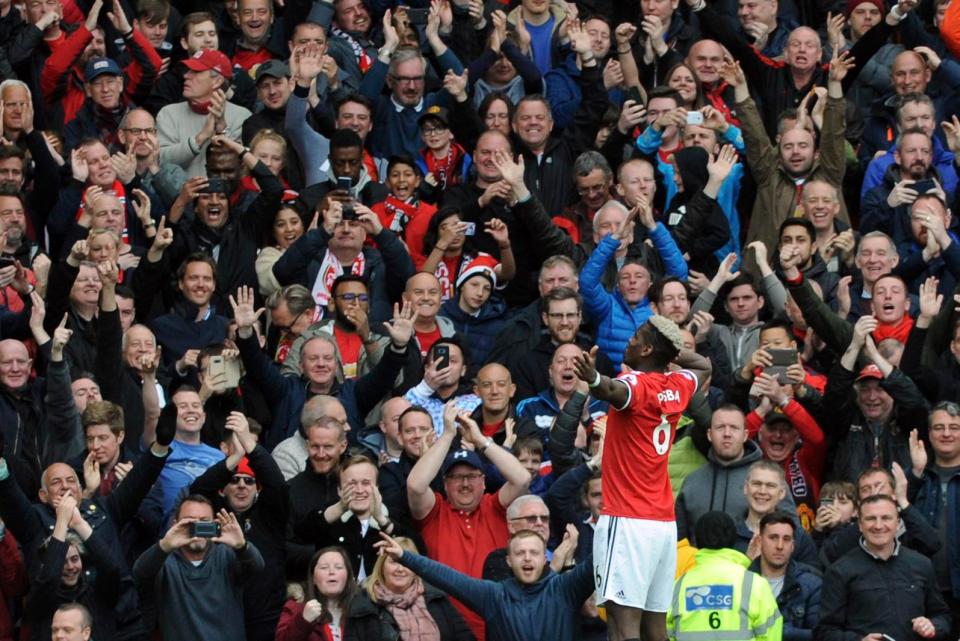 There was few tears shed at that as he had struggled to make his mark under Jose Mourinho.

He certainly didn't for Wenger today in a team with eight changes.

The Gunners only hope of bequeathing Champions League football to Wenger’s successor now rests with the Europa League.

The second leg of their semi-final against Atletico Madrid comes next Thursday with the tie poised at 1-1 after the first leg at The Emirates. 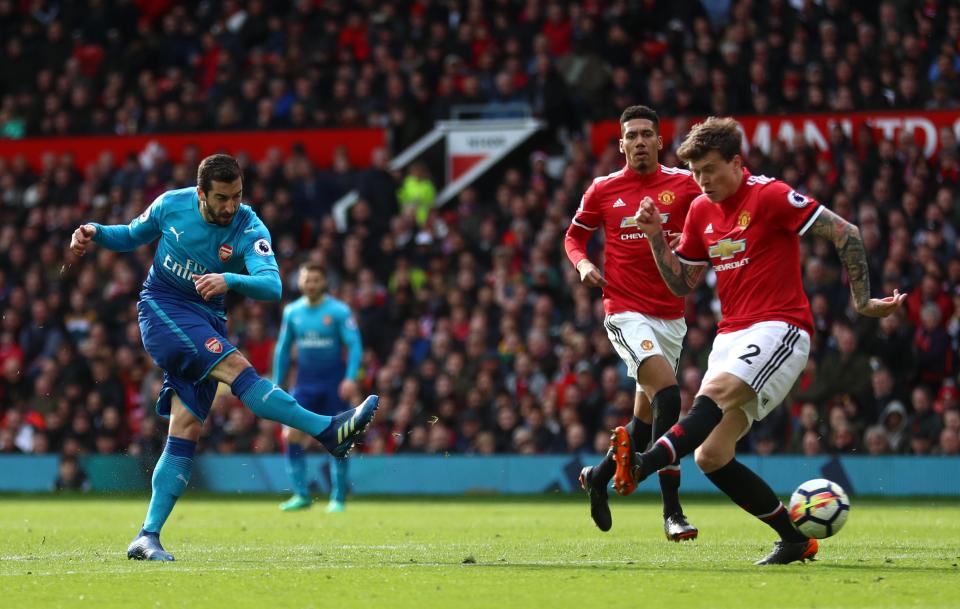 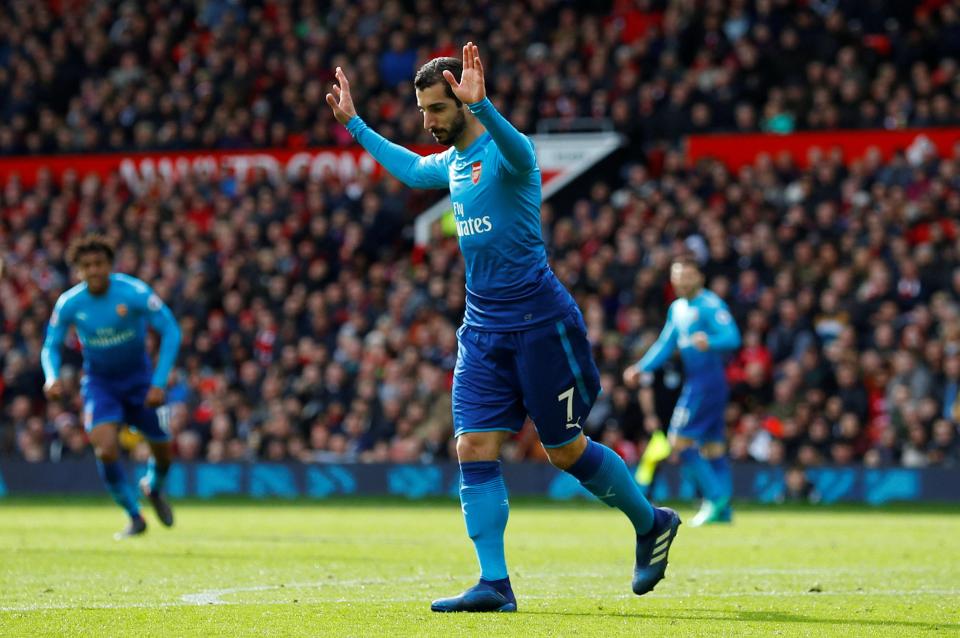 So Wenger was not taking any risks with his main men in this game.

To be fair it is what  Mourinho was reduced to last season as he too sacrificed league points for the Europa League which United went on to win.

It looked like United would coast to victory when they took the lead on 16 minutes.

Romelu Lukaku supplied the cross and former Gunner Sanchez headed goalwards only for Calum Chambers to deflect it onto the post with an outstretched leg. 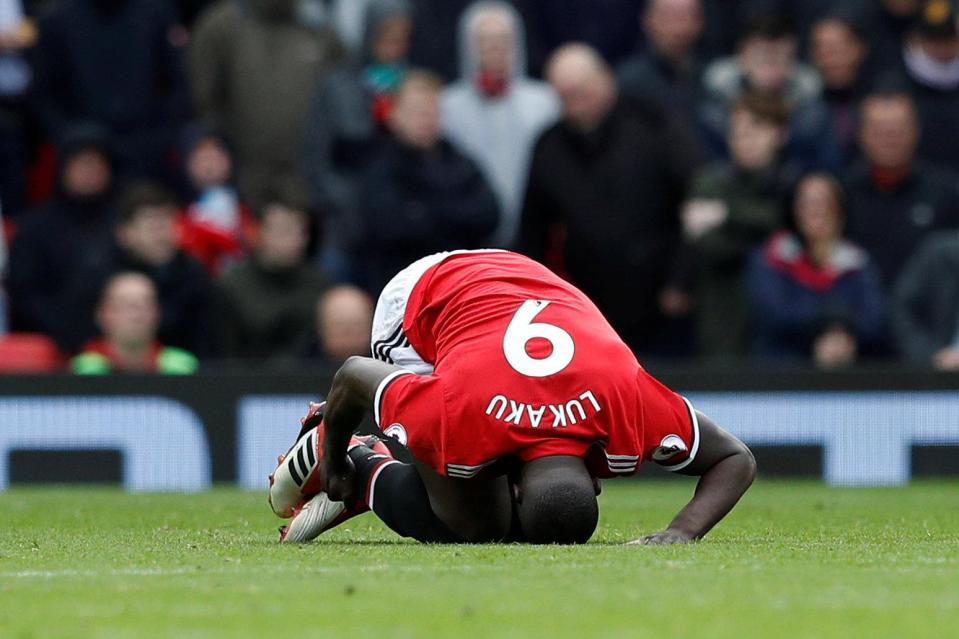 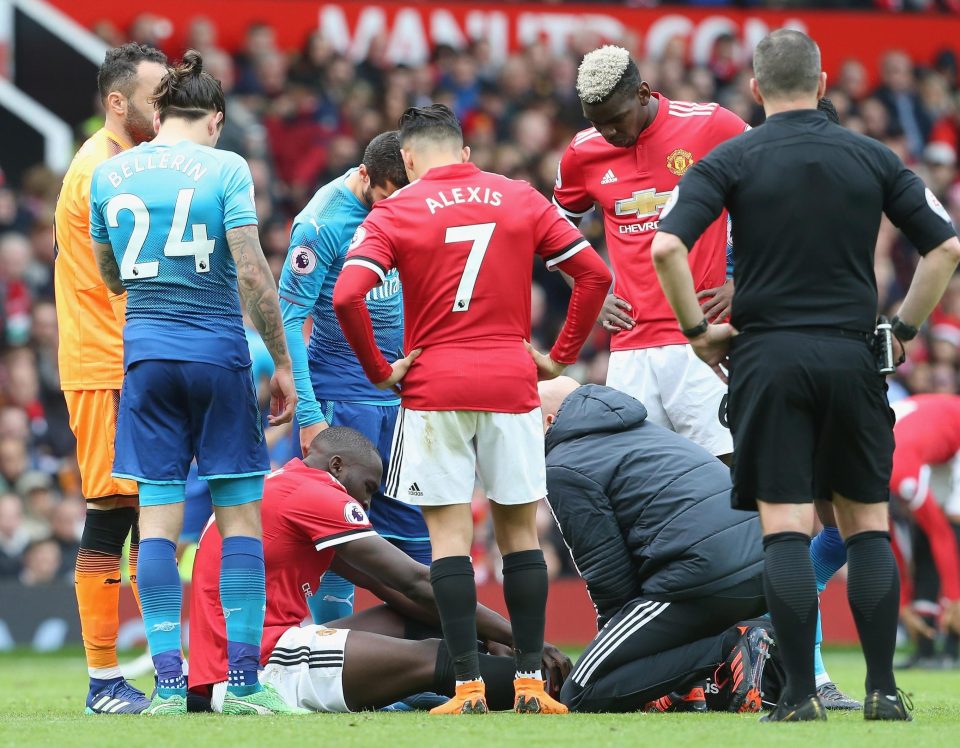 Pogba was first onto the rebound volleying home before racing off to the corner flag to celebrate cupping his ear to the crowd before being joined by his teammates.

But Arsenal came out fighting in the second half and were level on 51 minutes.

This wasn't before United were dealt a huge blow when their top-scorer Lukaku hobbled off injured with less than five minutes played in the second half.

Granit Xhaka intercepted a loose Antonio Valencia pass and released Mkhitaryan who made his way to the edge of the box before firing into the bottom corner. 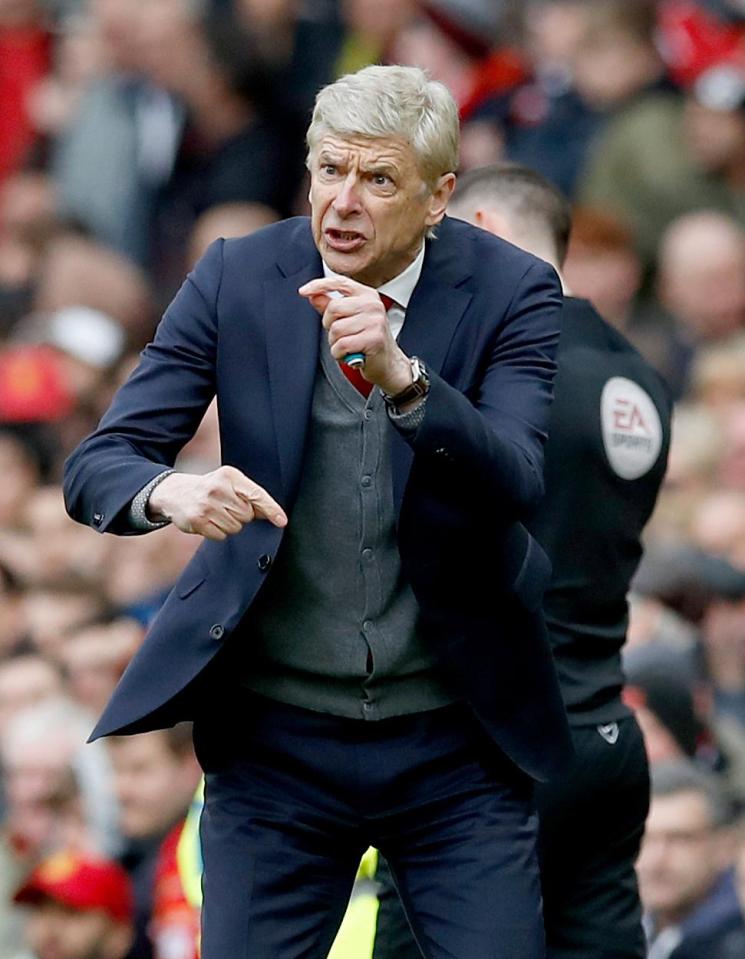 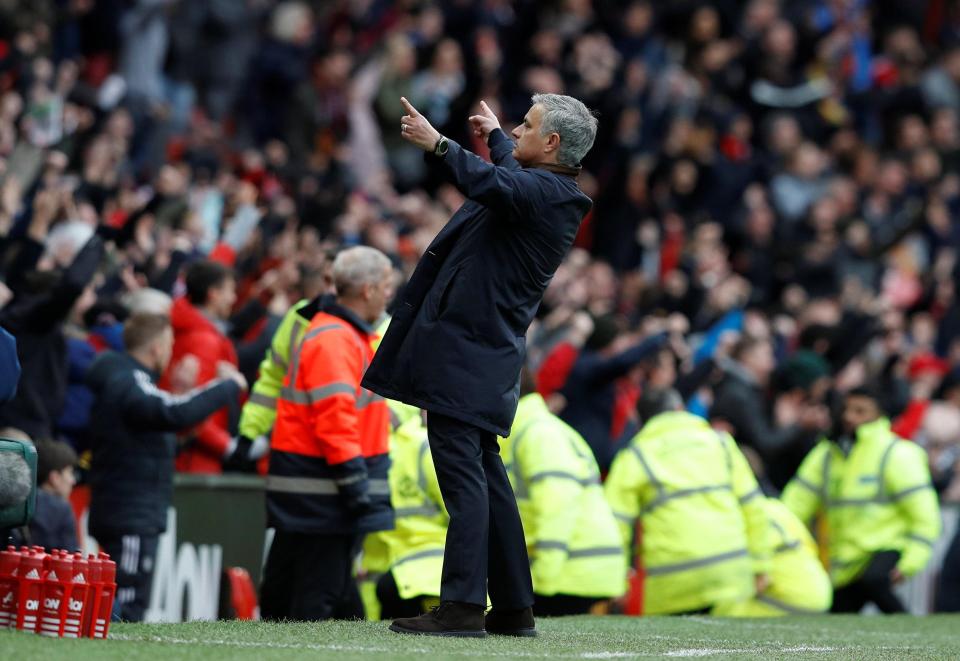 He raised his hands as if in apology to the United fans.

The Arsenal fans weren’t toning down their celebrations.

But they were denied by Fellaini as Wenger disappeared down the Old Trafford tunnel head bowed in frustration.