The Manchester United legend dished out his own awards after the PFA announced their Team of the Year. 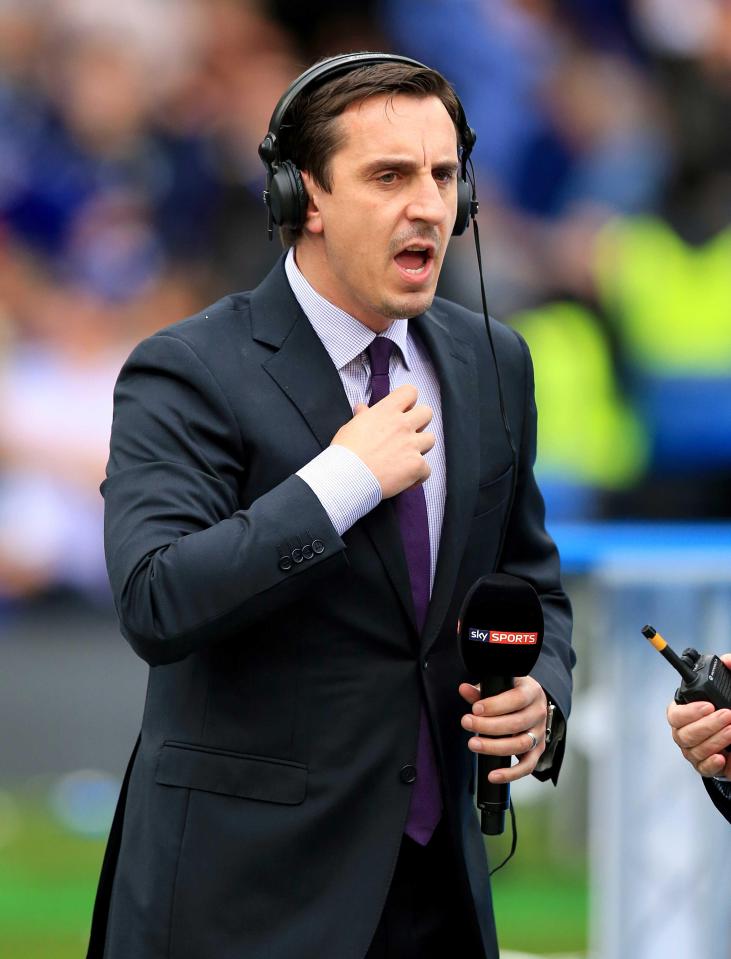 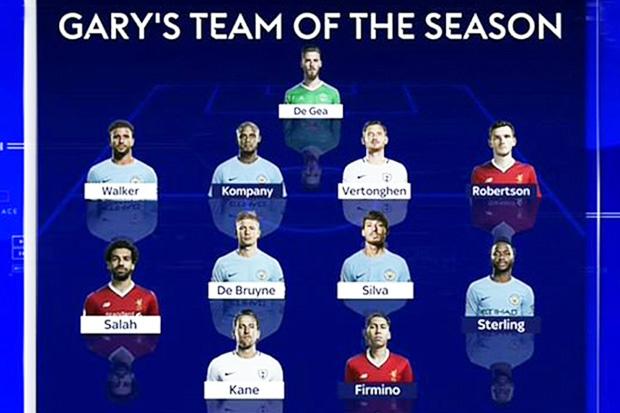 Only one United player makes his team, with five Manchester City stars, three more from Liverpool and two from Tottenham making up the numbers.

David De Gea gets the nod in goal, as he does in the PFA's team.

Raheem Sterling – controversially left out of the PFA TOTY – is named in a four-man midfield alongside Kevin De Bruyne, David Silva and Salah. 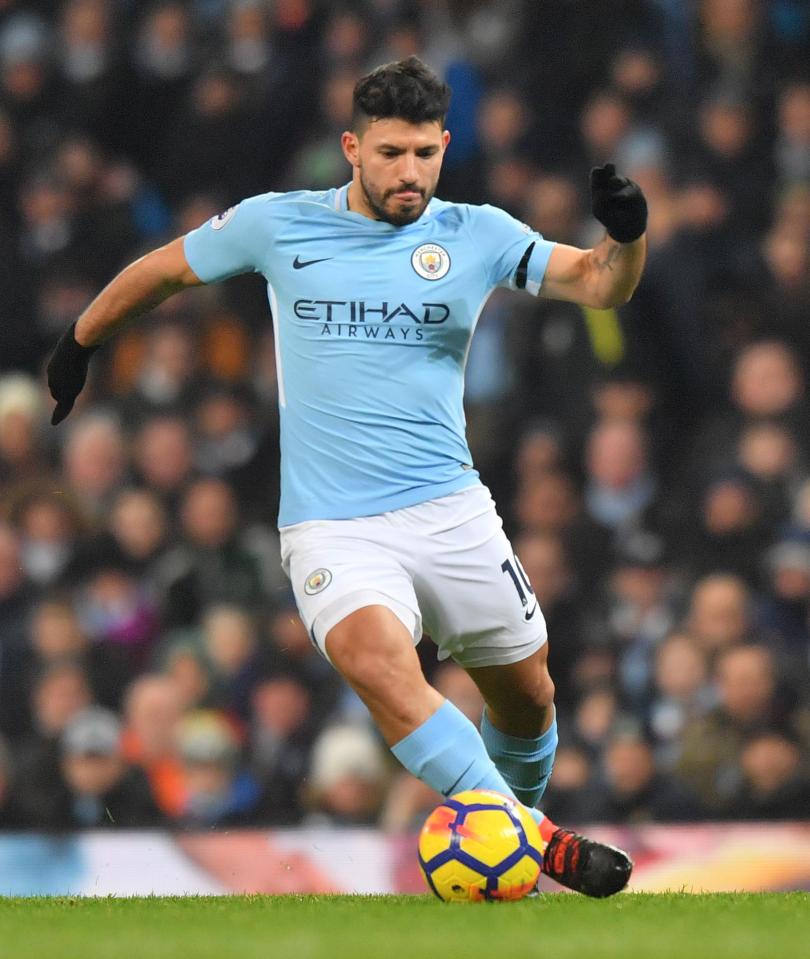 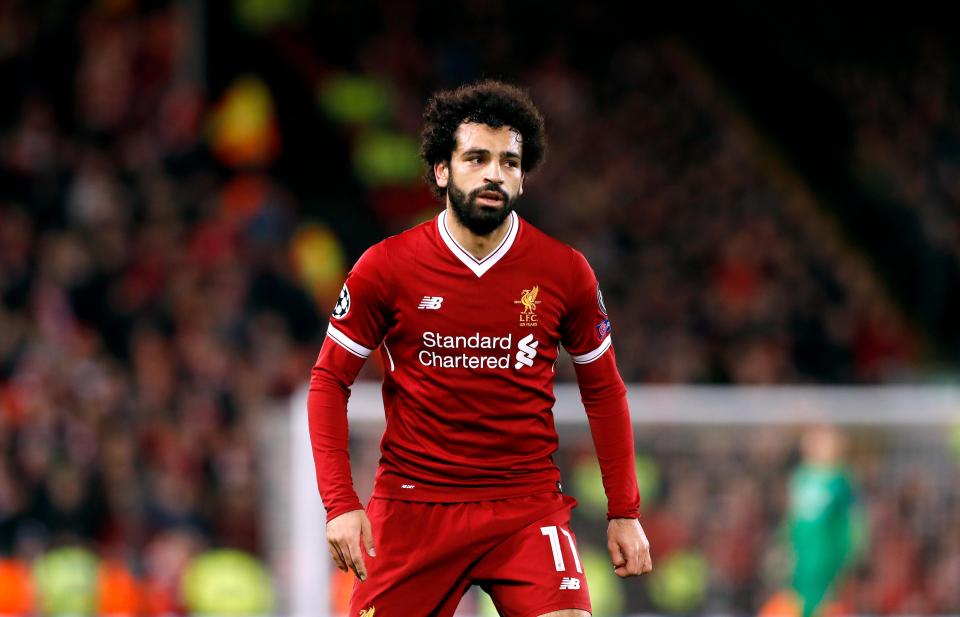 There is no space for PFA Young Player of the Year Leroy Sane but Neville explained: "What made me go for Raheem in the end, were the big moments throughout the season.

"The Bournemouth away game, the Southampton away game, Huddersfield… three moments that get lost in the season but have influence."

And City striker Aguero is left out up front, with Roberto Firmino instead joining Harry Kane.

Neville said: "He doesn't get the credit Salah has had this season. For me, Firmino deserves to be in that side alongside Harry Kane."

Neville was giving his analysis ahead of Tottenham's 2-0 win over Watford last night.

He declared Wayne Rooney's strike from his own half against West Ham as "goal of the season". 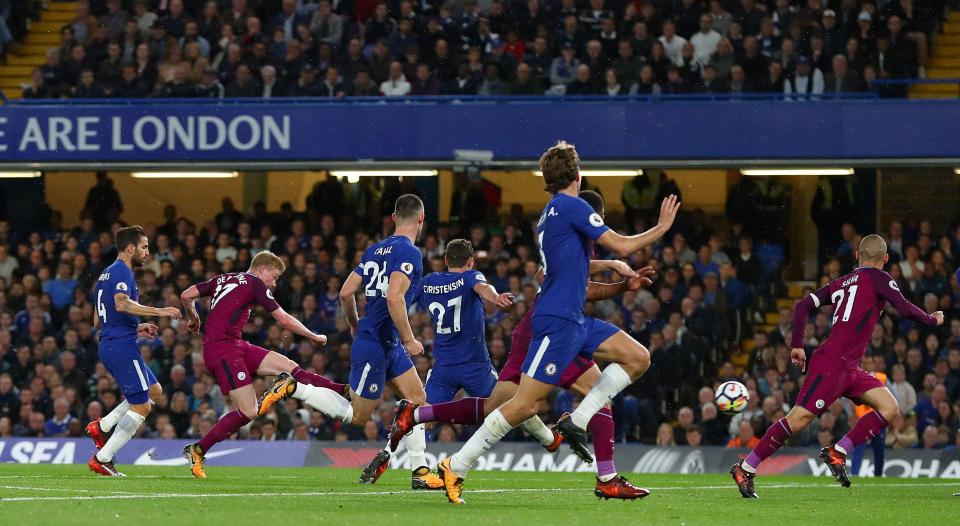 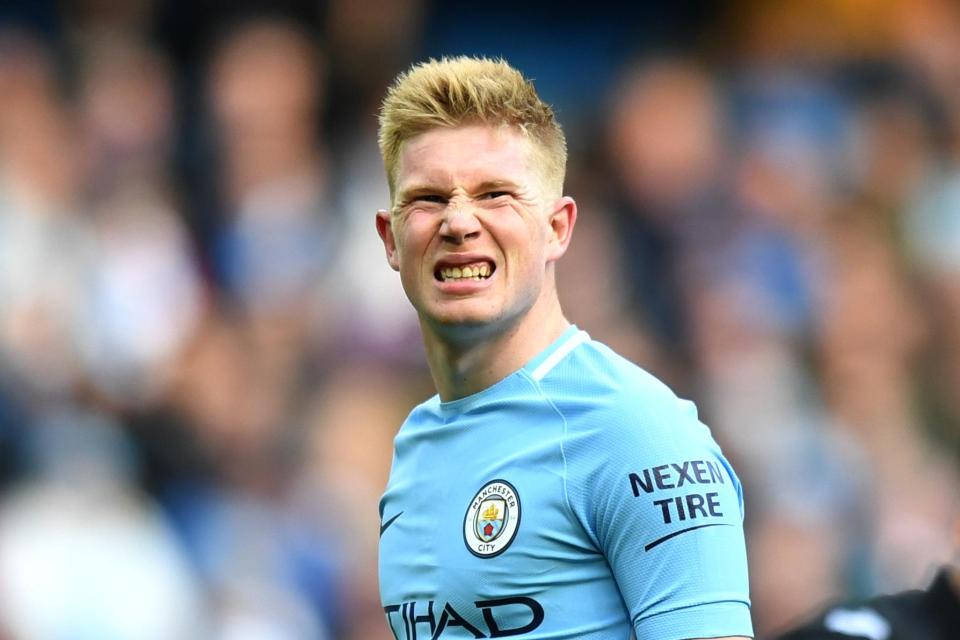 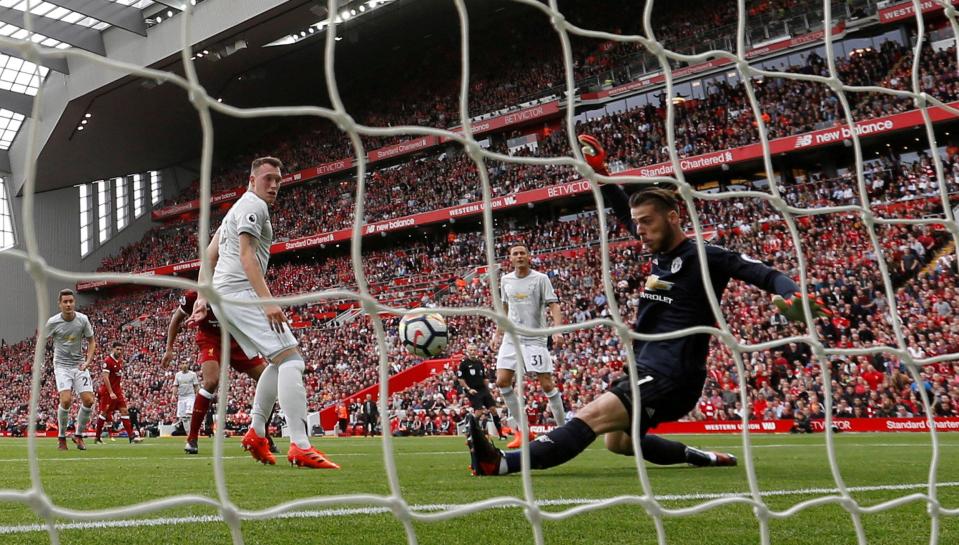 Salah won PFA Player of the Year, but Neville reckons the gong should have gone to De Bruyne.

He said: "If he was taken out of City's team, I don't think it [City winning the Premier League] would have happened."

Salah took "signing of the season" after the Reds spent just £34million on him.

Neville named Sane as "best young player" and team-mate Sterling as "most improved". 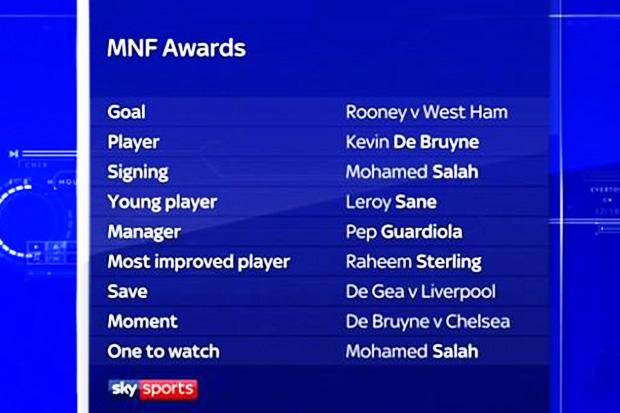 De Gea's save against Liverpool in October's goalless draw was deemed the best of the season.

"One to watch" was awarded to Salah with Neville keen to see whether he can replicate his form next year.

And De Bruyne won "moment" of the season for his emphatic goal against former club Chelsea.

Neville said: "It was the first time that I though 'this is a different City'."