MARCUS RASHFORD believes Ole Gunnar Solskjaer needs to "get back to how Manchester United play" and suggested the squad lacked "willingness" towards the end of the campaign.

The Red Devils striker, 21, took to Twitter to launch the stinging attack on his team-mates and admitted his own performances needed to be better next season. 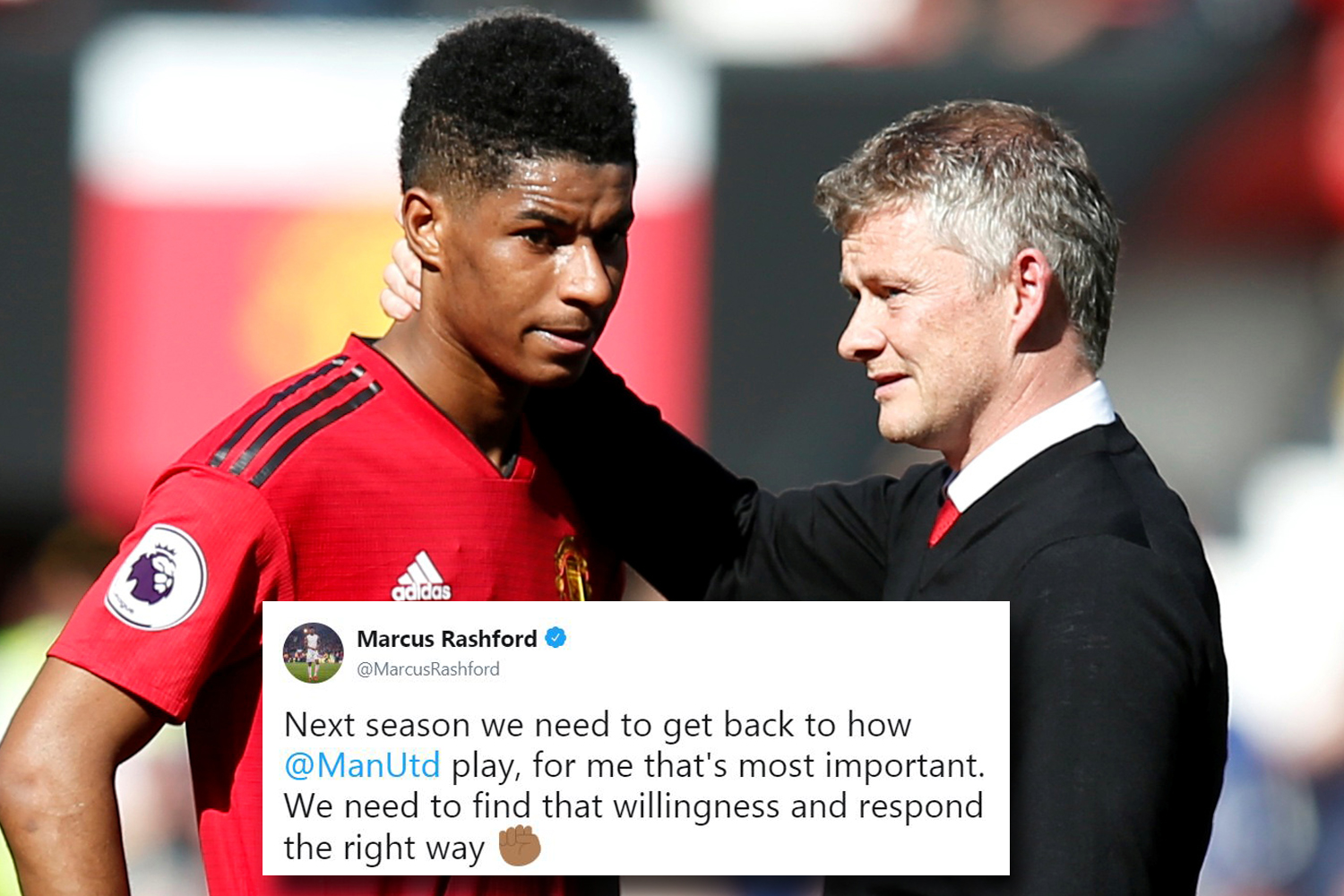 Rashford tweeted a photo of Solskjaer talking to him and wrote: "Next season we need to get back to how @ManUtd play, for me that's most important.

"We need to find that willingness and respond the right way."

After an impressive start under the Norwegian, Manchester United lost eight of their final 12 games of the season to finish sixth and miss out on Champions League football next season.

And the England star – who has fewer goals than Josh King in each of the last four Premier League seasons – knows he needs to step it up.

Rashford scored just four goals after January 19 and his last strike came in March – he failed to find the net in his final eight games of the campaign.

Despite making a strong start to life in interim charge, the season quickly derailed once United gave Solskjaer the job on a permanent basis.

But they committed to a three-year deal and assistants Mike Phelan, Michael Carrick and Kieran McKenna will all stay on, too.

United ended their miserable season in miserable fashion with a 2-0 home defeat to already-relegated Cardiff.

We have a long and hard way to be where we want to be. We have to come back with a different mentality and different attitude of being a Manchester United team.

It was the only win any of the bottom three registered against the top six this season.

And Solskjaer knows plenty of improvement and hard work is needed in pre-season to get the club back to where it wants to be.

He said on Sunday: "We have a long and hard way to be where we want to be.

"It will take some time to close in on the top, we finished five or six points behind third, fourth, fifth and that has to be our aim. The top two teams have set a standard higher than before and we have to take up the next challenge.

"The work starts now. Everyone has the summer off but we have to come back with a different mentality and different attitude of being a Manchester United team.

"The ones who played did well but it was not good enough."

But as revealed by SunSport, the manager threatened to axe HALF of the team after the Cardiff defeat.

The United boss laid into his side, saying they had embarrassed him, the club and the fans.

But pre-season plans could be thrown into disarray if Watford beat Manchester City in the FA Cup final on Saturday.

That would mean United enter the second qualifying round of the Europa League and would play the first leg on July 25.