Canberra Big Bash Bid leader Mark McConnell is prepared to "fight" for a Twenty20 franchise in the capital as a prospective Gold Coast rival gains momentum.

Canberra, Geelong and the Gold Coast loom as the front-runners but McConnell’s team is doing everything possible to be on the front foot when Cricket Australia makes a move. 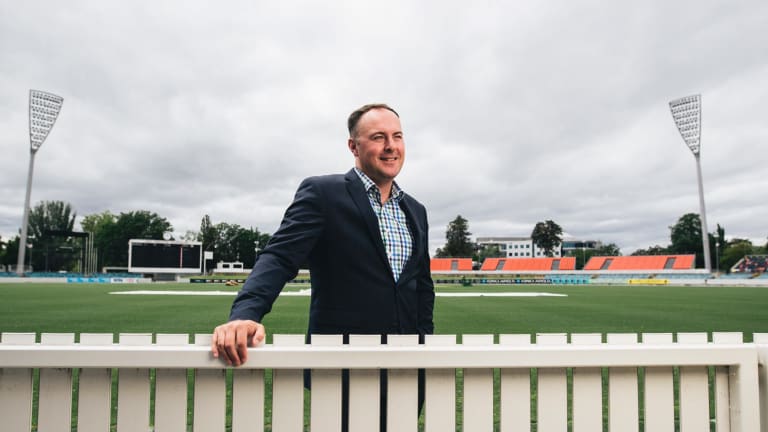 The Gold Coast’s Carrara Stadium will host a Twenty20 international when Australia plays South Africa on November 17 in a boost to the glitter strip's BBL hopes.

Canberra's lone taste of international Twenty20 cricket will come when the Australian women's team hosts New Zealand at Manuka Oval on October 5, but there is scope for the Sydney Thunder to bring up to two games to the capital this season.

"People are constantly asking me about BBL, and the one thing I tell them is this is a long, slow road," McConnell said.

"Don’t whinge down the track if we don’t get one and you didn’t come to the game. Make sure we continue to sell out every major piece of content, which is what we have been doing, even when it is not our own team.

"I know [the Sydney Thunder is] not a Canberra team but it’s demonstrating that Canberrans support cricket and support BBL."

Cricket Australia is yet to detail expansion plans for the BBL, but the competition is growing at a rapid rate and the number of games in the season is basically maxed out.

The BBL has been expanded to a full home-and-away season – a total of 59 matches – as part of Cricket Australia's $1.2 billion broadcast deal.

McConnell says it is "sensible" to wait and see how that pans out with new chief broadcasters Channel Seven and Foxtel, after which he understands Cricket Australia will undertake "a serious review" of the BBL.

"We understand we’re still advanced as any other city, if not more. We’re certainly putting our best foot forward and we wait to be told to jump formally into the race," McConnell said.

"The chief minister is very keen on the concept, the ACT government are very supportive of it. Clearly they are a major beneficiary and stakeholder in this process."

Manuka Oval will host a maiden Test match when Australia face Sri Lanka in the capital from February 1 next year.

The Australian women's team will whet the appetite of Canberra cricket fans when the likes of Meg Lanning, Ellyse Perry and Alyssa Healy collide with New Zealand in a Twenty20 at Manuka Oval on October 5.

International cricket powerhouse South Africa are set for a heated return to Australia when they open their tour against the Prime Minister's XI in a day-night 50 over clash at Manuka Oval on October 31.