Inglis managing director Mark Webster will step down as the chief executive of the sales company at the end of the year.

Webster told staff of his decision at Riverside Stables on Friday morning and is set to chase non-executive roles in business. 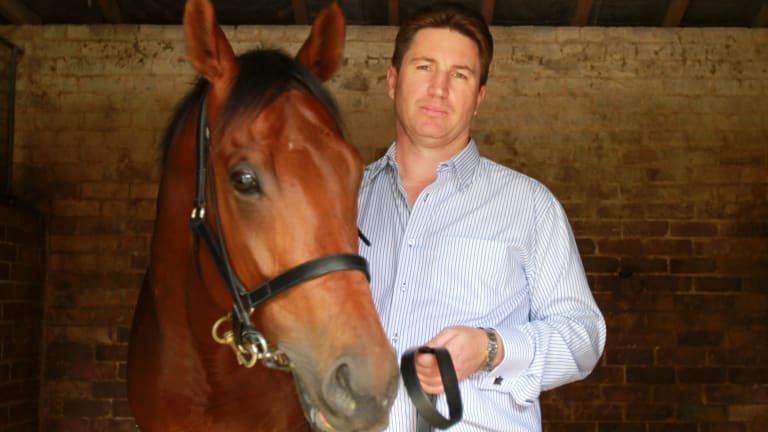 “After 20 years as a chief executive I decided that I would like a change and take roles which do not involved the day-to-day of a company,” Webster told Fairfax Media. "I'm already on a couple of board and will stay in a non-executive roles on the Inglis board.

“I will stay in the position of ceo to finish the buildings works at Riverside, and to give a smooth transition.”

Webster joined Inglis as the a managing director in 2007 and has overseen the move the company’s sale operation from Newmarket in Randwick to the Riversides Stables complex and hotel at Warwick Farm, which opened this year.

“Before I told the staff I had a walk around the complex here and it is something I am enormous proud of,” Webster said. “It is good time to leave after what we have achieved here developing a world class facility.”

Inglis Chairman John Coates paid tribute to Webster announcing his decision to leave the managing driector role. "Inglis is extremely fortunate to have had Mark at the helm for so many vital years in the company’s history," Coates said.

"Under his leadership, the company has grown, met many challenges and is extremely well placed into the future. "Mark’s principal legacy is his key role in the sale of Newmarket, the purchase of the land adjoining the Warwick Farm racetrack, now known as Riverside, and the timely development of the multi-use Riverside Stables, auction auditorium and adjoining William Inglis Hotel – all world’s best.

"We thank Mark for the notice he has given us which will ensure a smooth transition to his successor.

"Most pleasingly, I can also announce that the Board and Mark have agreed that on completion of his service as Managing Director, he will transition to a non-executive director of Inglis."