Gretzky, 31, was pictured completing the all-white outfit with a tight white top and white sneakers while cheering on DJ as he built a four-shot lead over his opponents on Day 3 at Augusta National. 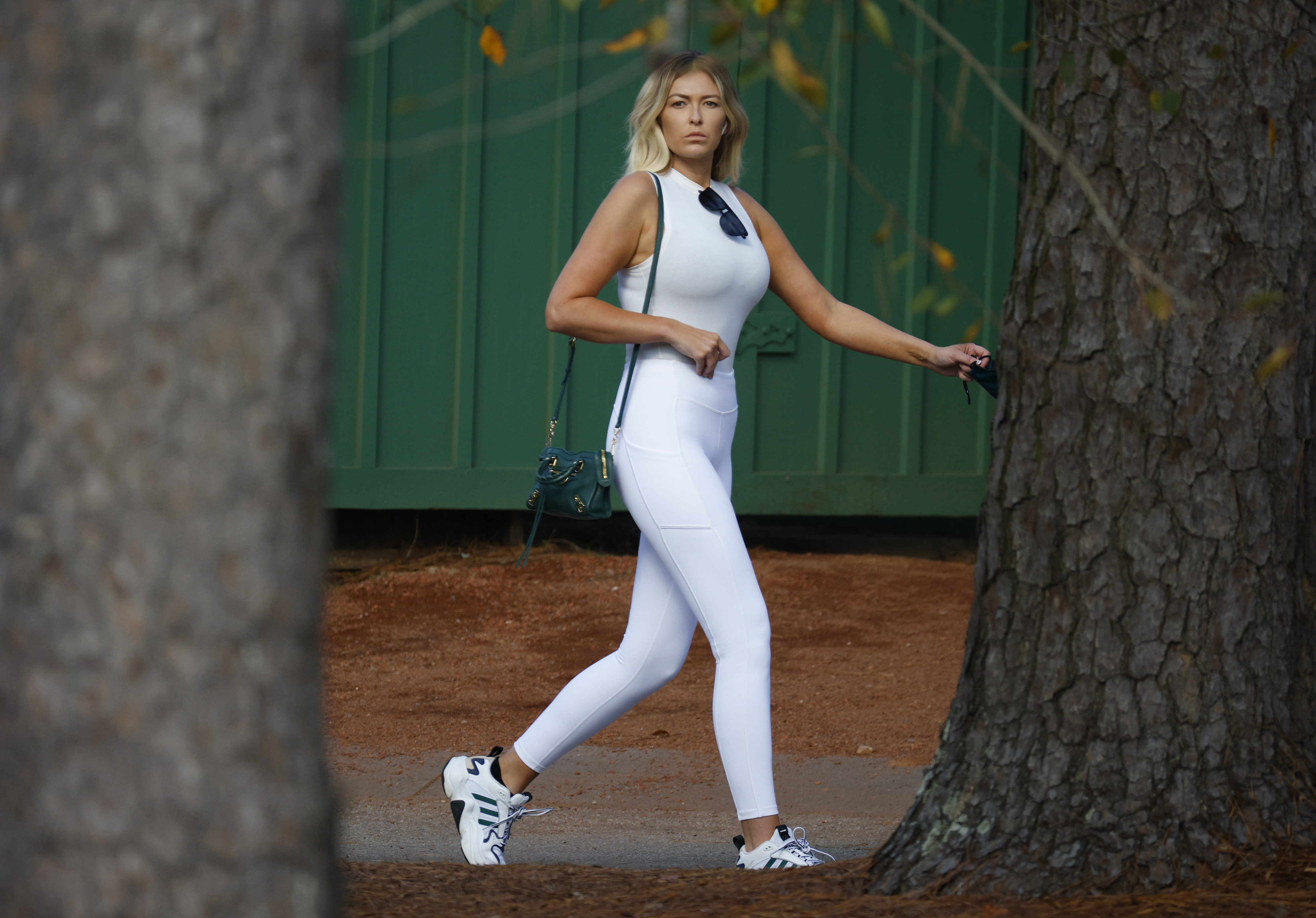 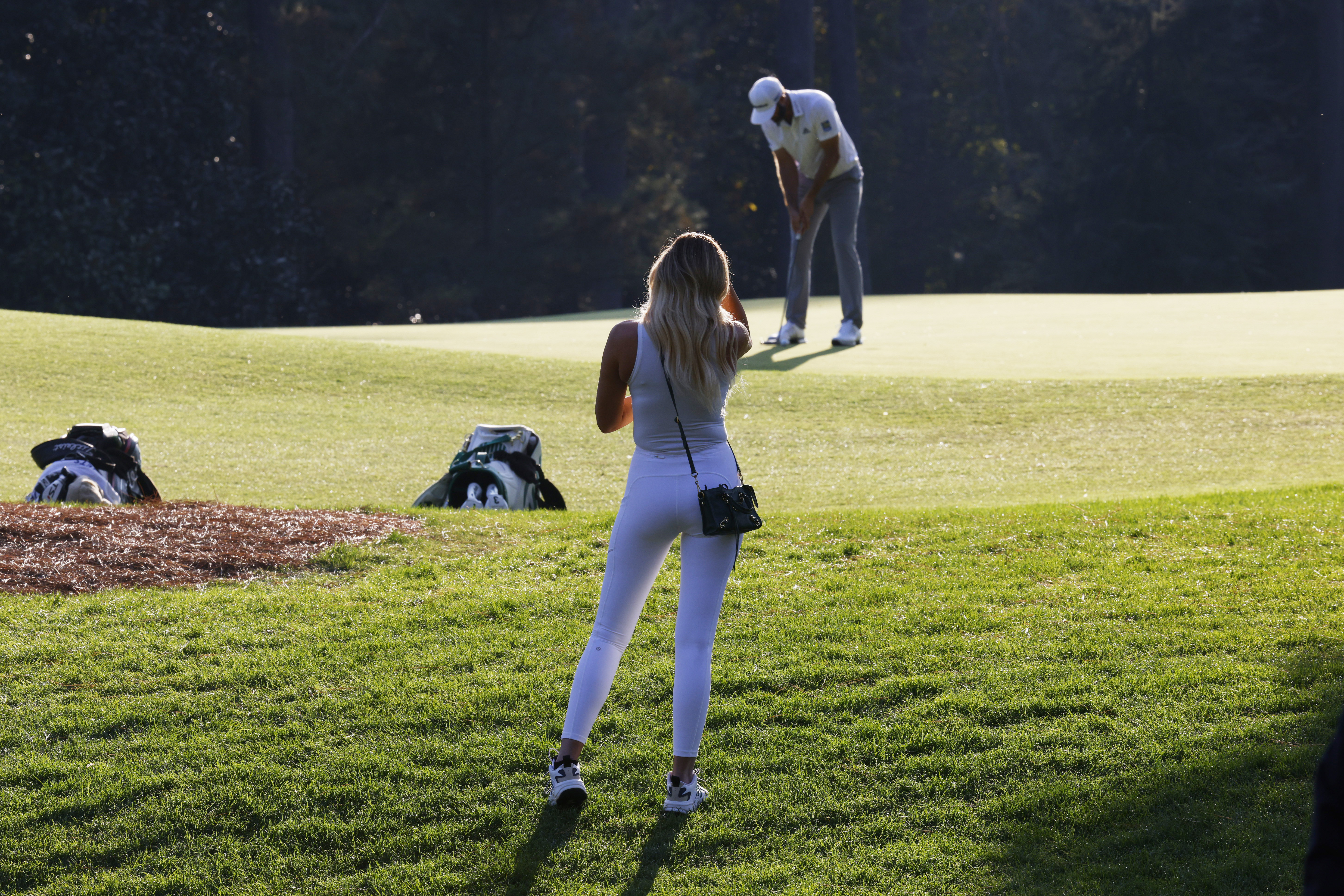 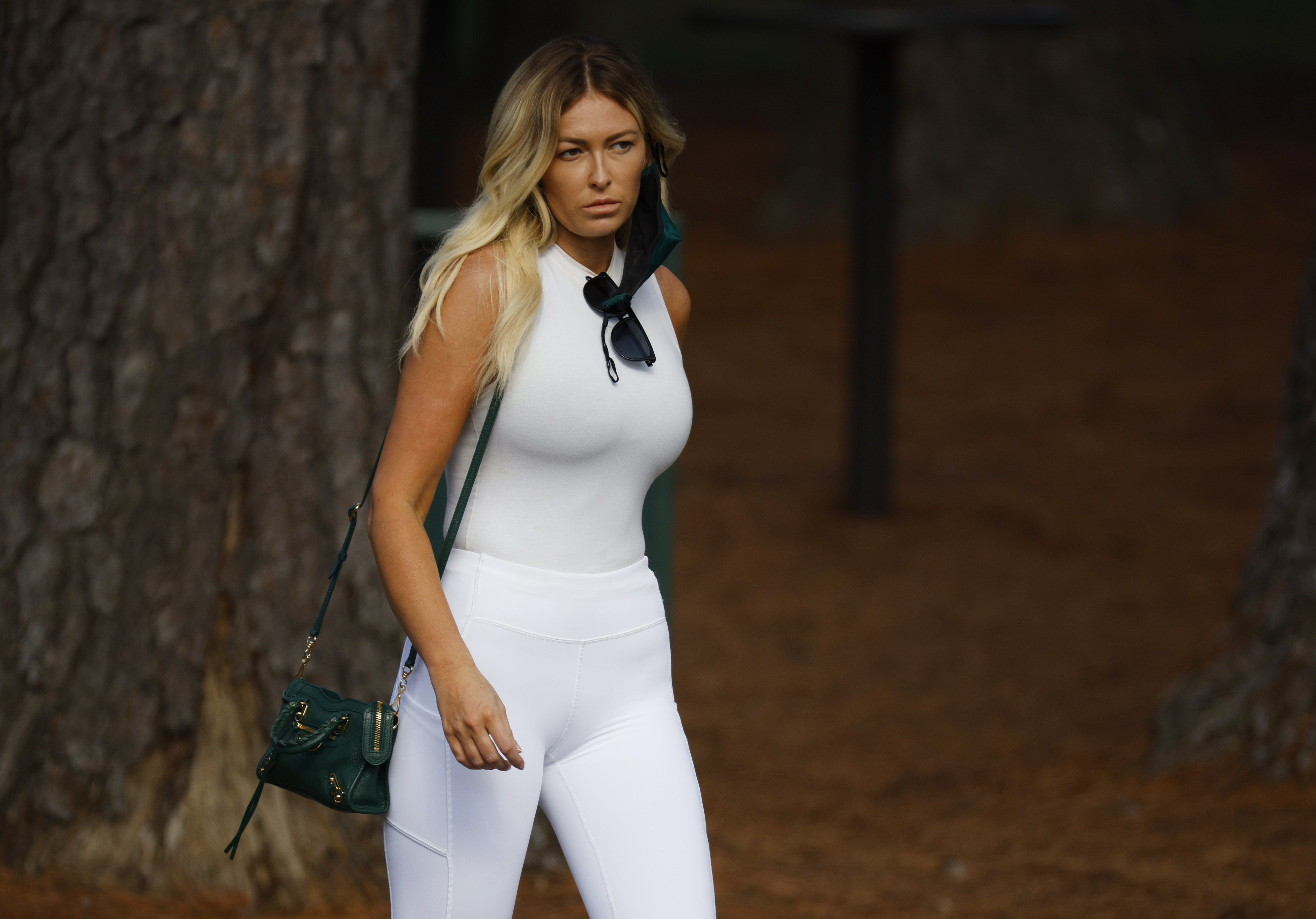 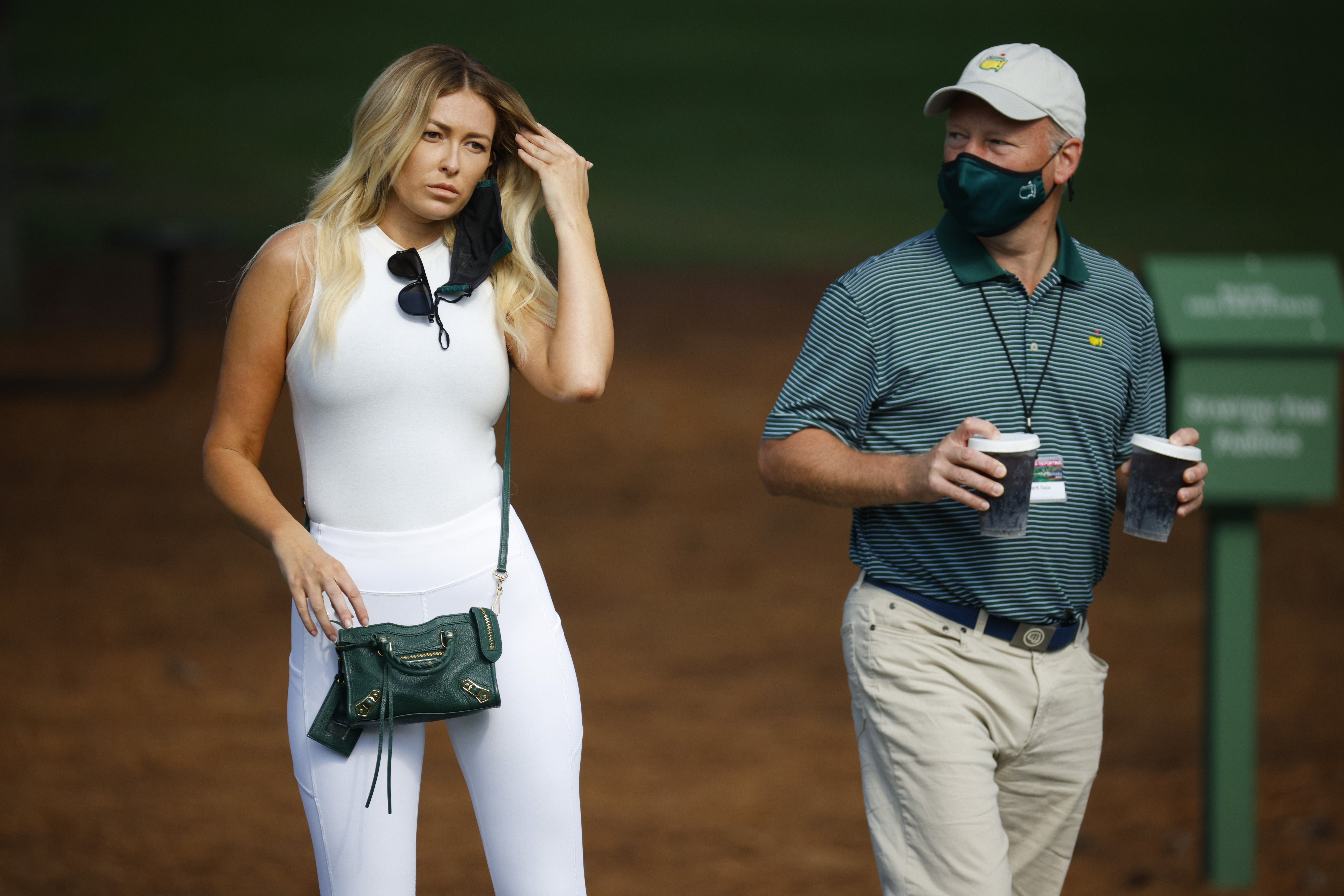 DJ also tied the 54-hole scoring record and is the sixth player ever to stand at 14-under or better after 54 holes at the Masters, according to Golf Digest. The five previous golfers all went on to win the tournament.

Gretzky, the daughter of legendary Canadian hockey player Wayne Gretzky, is often a regular on the course when DJ is teeing off and has heads turning when fans are in attendance.

She was also spotted at Augusta National on Friday, wearing white leggings and a low-cut top. 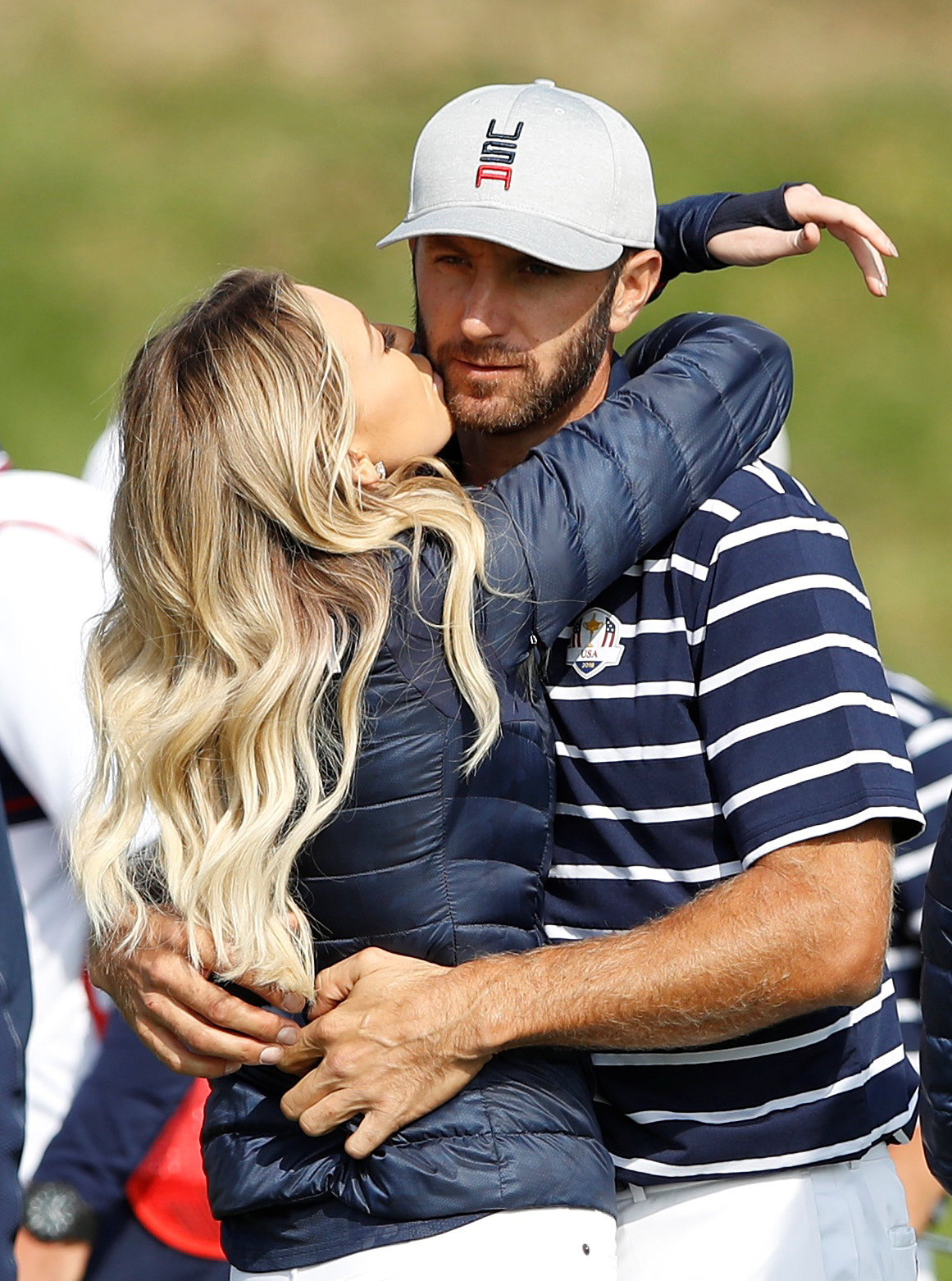 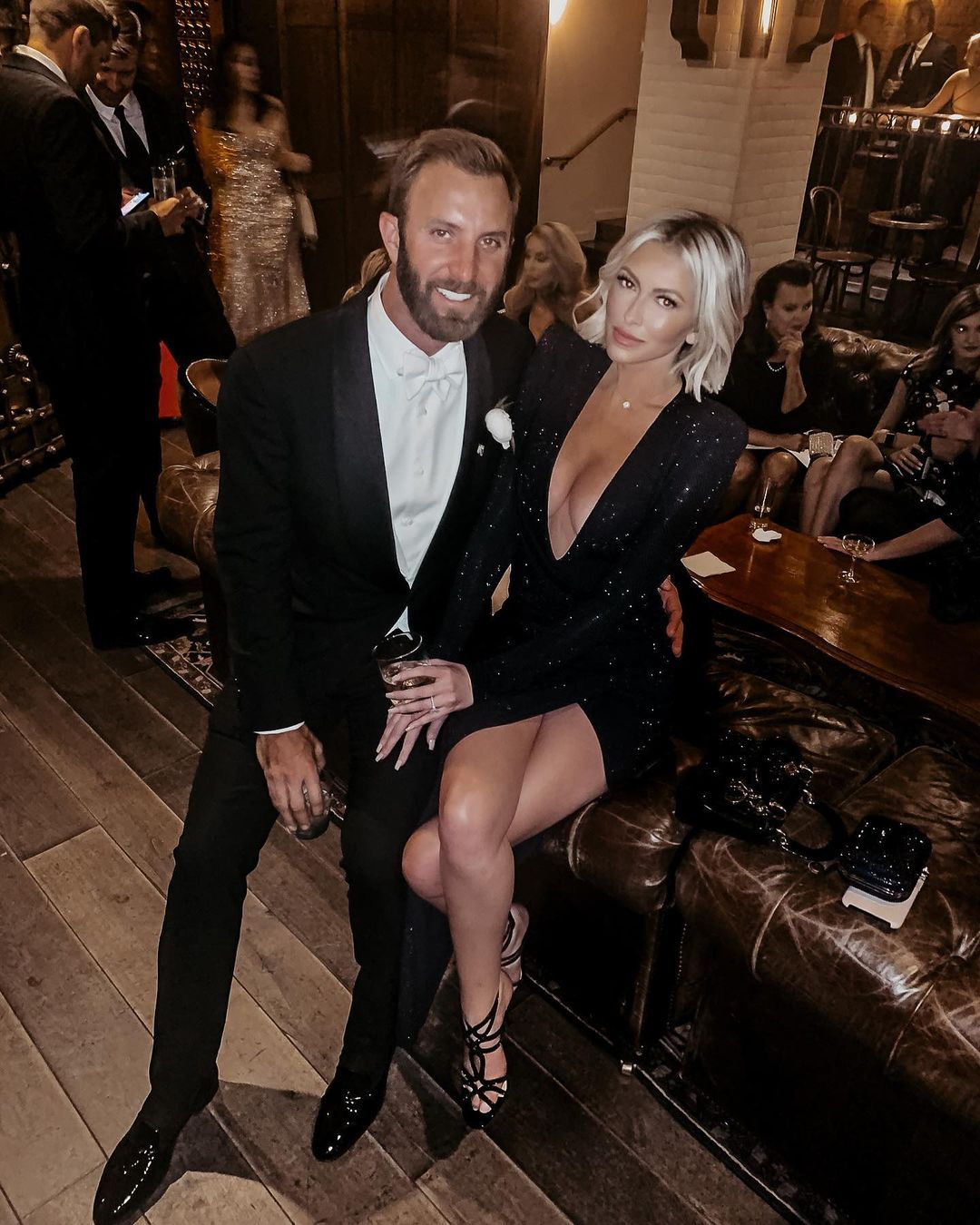 Seven months later Gretzky and DJ got engaged and have two sons together, five-year-old Tatum and three-year-old River.

Johnson, who won the US Open in 2016, revealed in September how his other half plays a huge part in his success.

"She’s a huge part of me, our family and my success,” he said.

He added: "She’s home with the kids, and has been great with that, and just has been a huge supporter for me, with everything I need to do.”