Broncos bad boy Josh McGuire could miss up to two matches during Brisbane's finals run-in after being charged for a bizarre hair pull during his side's shock loss to Canterbury on Thursday night.

The serial niggler was hit with a contrary conduct charge for grabbing at the locks of Bulldogs back-rower Adam Elliott, the second time McGuire had been caught with a fistful of hair in as many weeks. 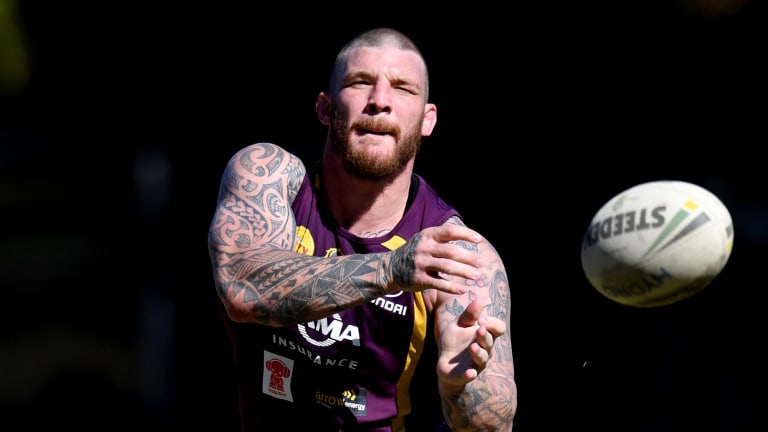 He will be banned for two matches if he fights the charge and loses at the judiciary, but will miss only one match if he enters an early guilty plea.

The Broncos will travel to Townsville to take on the Cowboys next week before a huge clash against the minor premiership-chasing South Sydney the following week.

Wayne Bennett's side all but kissed their hopes of a top four finish goodbye after slumping to a 36-22 loss against the Bulldogs at ANZ Stadium.

It was the first time Canterbury had recorded back-to-back wins all season.

McGuire's Brisbane teammate Anthony Milford was also at the centre of a baffling hair-pulling incident a week earlier after Panthers back-rower Corey Harawira-Naera chased the Queensland Origin utility to express his displeasure with Milford's antics.